Add an Event
Newswire
Calendar
Features
Home
Donate
From the Open-Publishing Calendar
From the Open-Publishing Newswire
Indybay Feature
Publish to Newswire
Add an Event
Related Categories: East Bay | Labor & Workers
KPFA Rally On Taxes, Bylaws & Support For WorkWeek Radio
by WorkWeek
Thursday Feb 13th, 2020 3:28 PM
A rally was held on 2/12/20 in front of KPFA to report on the threat of an auction on KPFA property for the failure of management to pay the property taxes. Speakers also discussed the proposed bylaws and the cancellation of WorkWeek, the only labor radio show on KPFA Pacifica. 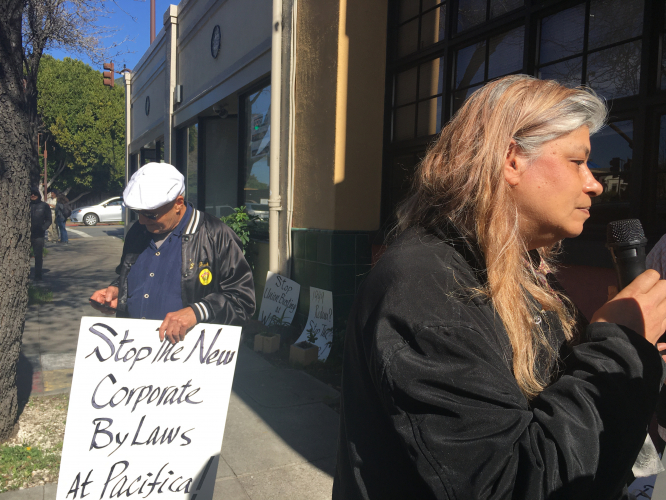 original image (4032x3024)
A rally was held in front of KPFA Pacifica in Berkeley on 2/12/20 to report on the failure by management to pay the property taxes on the building for six years. The speakers also discussed the proposed new bylaws that will corporatize the Pacifica Foundation with outsiders including the former president of the UAW Bob King who covered up massive corruption in the UAW. Nearly the entire leadership is either in jail under indictment for fraud and misuse of the membership dues.
The rally speakers also discussed the cancellation of WorkWeek which is the only regular labor radio show on KPFA. It was canceled by manager Quincy McCoy without any notice.
Additional media:
KPFA Business Maria Negret Report To Staff On Failure to Pay Property Taxes
https://www.youtube.com/watch?v=_AhKXQZPFLk
The Attack On WBAI & "Pacifica Across America”
https://youtu.be/lyamU2dvvtU
Berkeley Speak Out On Pacifica Coup, WBAI Shutdown & Public Comment At KPFA LSB
https://youtu.be/N5Ff7yTET_o
1999 Redoux? Stop The Coup! Speakers At KPFA On Pacifica Crisis
https://www.youtube.com/watch?v=mtqap90SQEs&feature=
Rally At KPFA To Defend WBAI From Shutdown By Pacifica Faction
https://youtu.be/uyRrgN7JP08
A speakout was held at Pacifica
The Attack On WBAI & "Pacifica Across America”
https://youtu.be/lyamU2dvvtU
Layoffs and Canceled Shows at WBAI-FM, a New York Radio Original
https://www.nytimes.com/2019/10/07/business/media/wbai-pacifica-layoffs.html
SUPREME COURT OF NEW YORK STOPS PACIFICA'S ATTACK ON WBAI
https://popularresistance.org/supreme-court-of-new-york-stops-pacificas-attack-on-wbai/
KPFA Pacifica Local Station Board/Public Discuss Financial Crisis, Bankruptcy & Governance
https://www.youtube.com/watch?v=WsN9lZPQrJs&t=4214s
Crisis At KPFA, The Pacifica Network, Democracy & A National Alternative Multi-Media Network
https://www.youtube.com/watch?v=3q-m08-lp8k&t=93s
KPFA Workers And Community Speak Out For The "Morning Mix" & Unpaid Staf
https://www.youtube.com/watch?v=fLRCzXa2evU
Pedro Reyes, KPFA Host of Settin The Standard and Late Night Hype
https://soundcloud.com/workweek-radio/ww12-5-17-the-crisis-at-pacifica-network-with-alex-steinberg
Production of WorkWeek
labormedia1 [at] gmail.com
https://soundcloud.com/workweek-radio 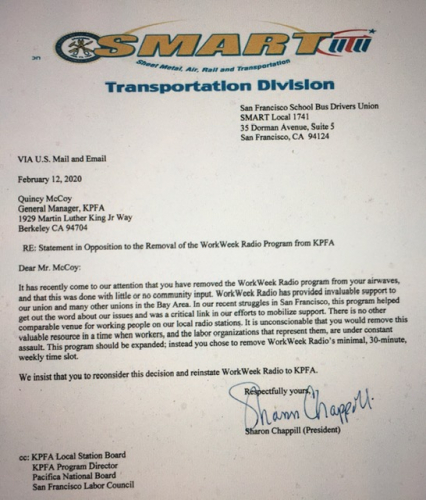 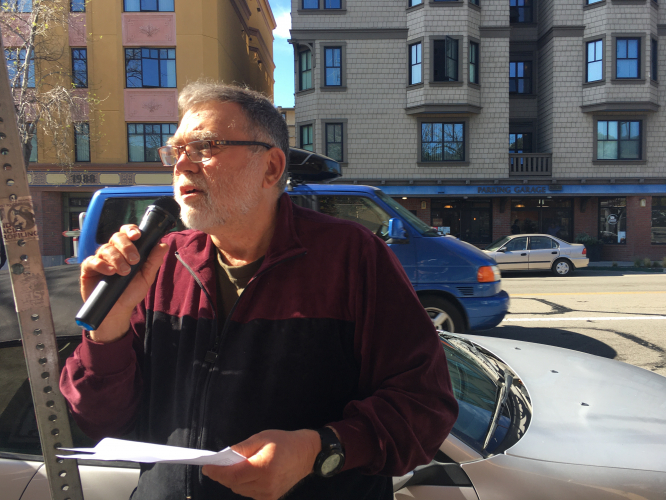 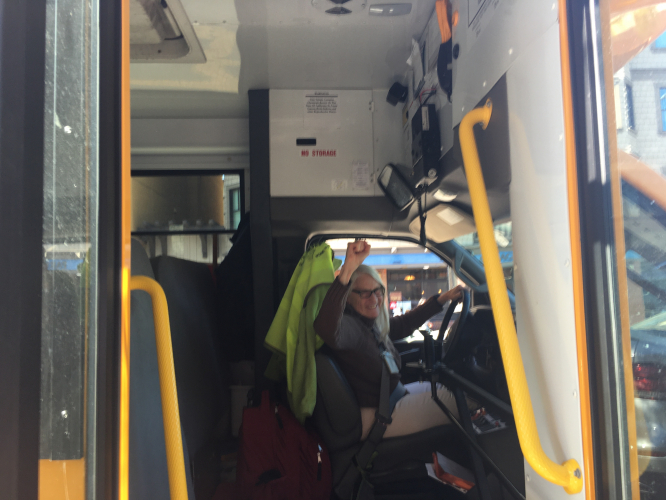 original image (4032x3024)
A SMART 1741 school bus driver gave solidarity to the rally. Her local has called for the reinstatement of WorkWeek Radio.
https://soundcloud.com/workweek-radio/ww-2...
§Supporters of Management Of KPFA Came Out
by WorkWeek Thursday Feb 13th, 2020 3:28 PM 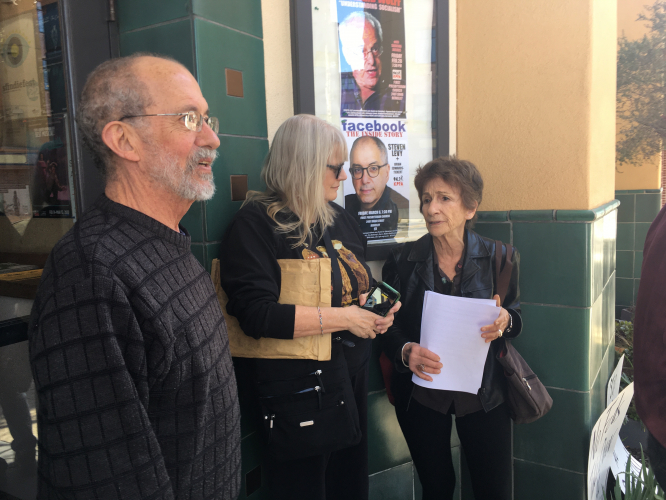 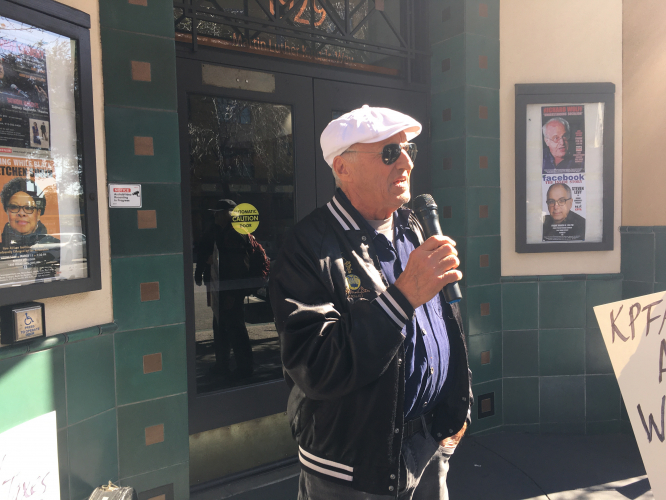 original image (4032x3024)
Retired ILWU Local 10 longshoreman Jack Heyman spoke about the importance of KPFA to the ILWU in the fight against privatization of the port and the need to have WorkWeek reinstated.
https://soundcloud.com/workweek-radio/ww-2...
Add Your Comments