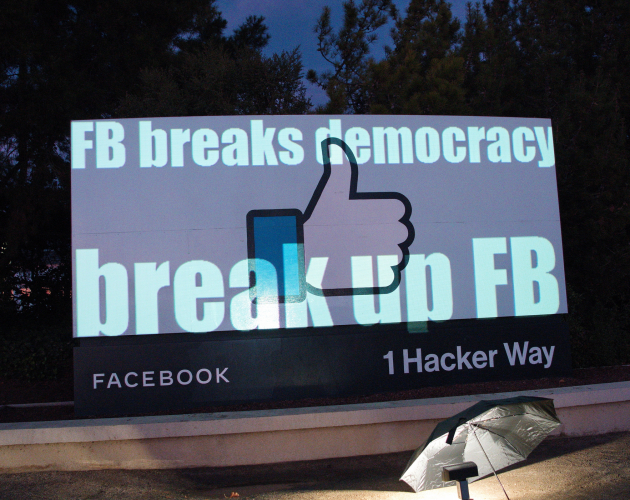 In a novel tactic, one of the Grannies brought her own traffic cones to guide traffic and call attention to the protest.

The protest ended with a march to the Facebook logo billboard on which a slide show demanded that Zukerberg resign and documented Facebook's various crimes.

Facebook offered no resistance to the protest on its property. 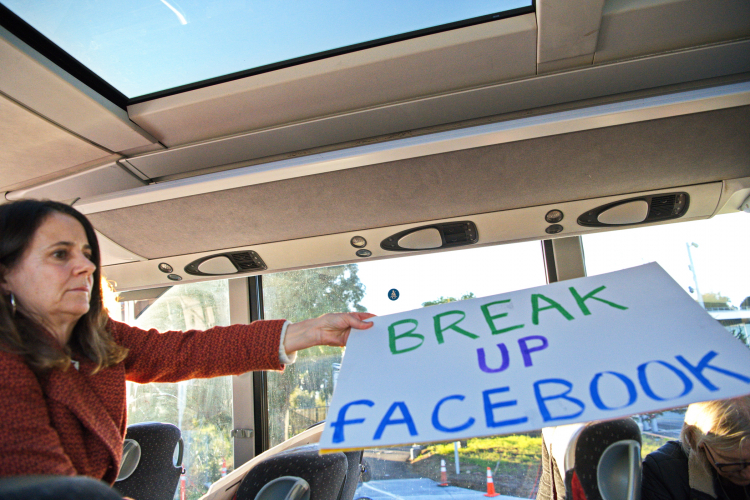 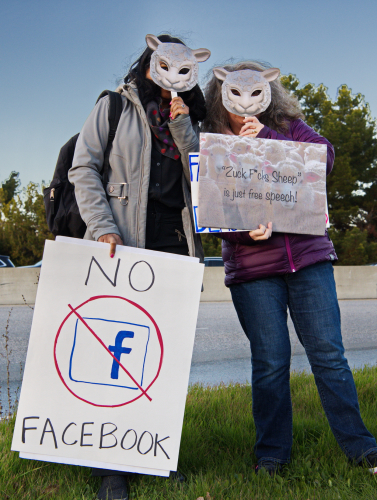 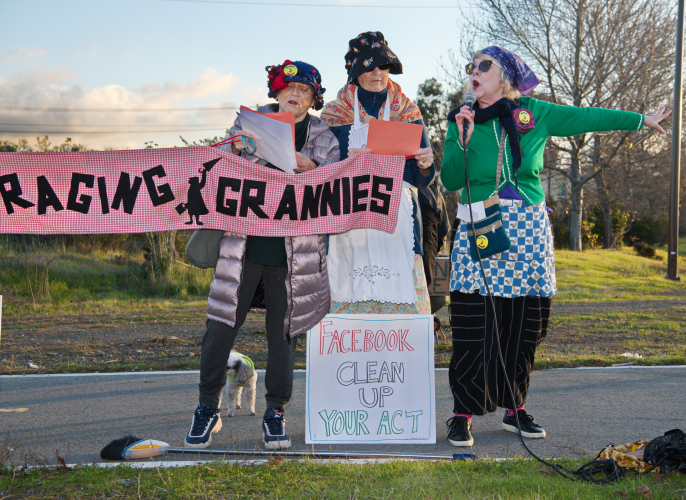 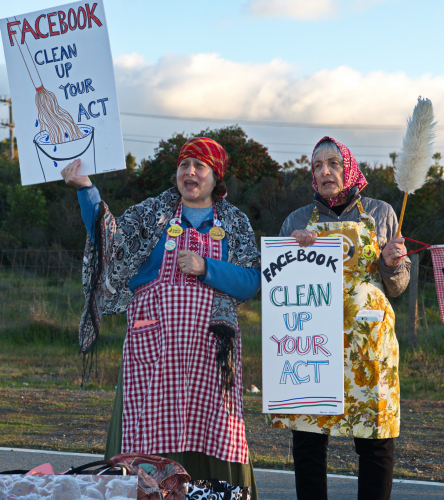 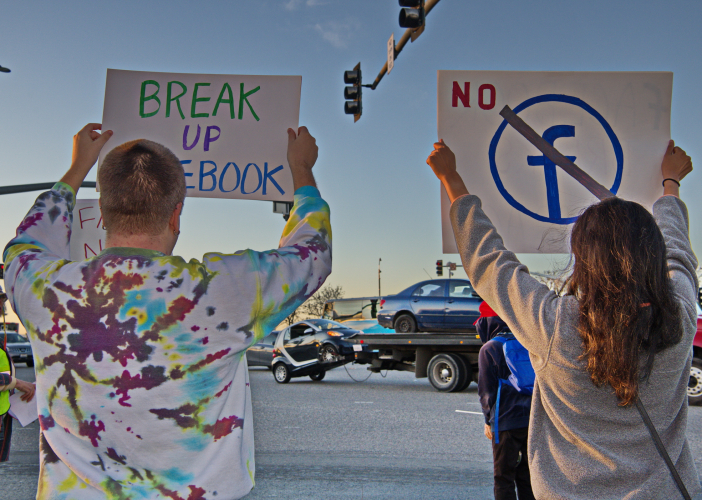 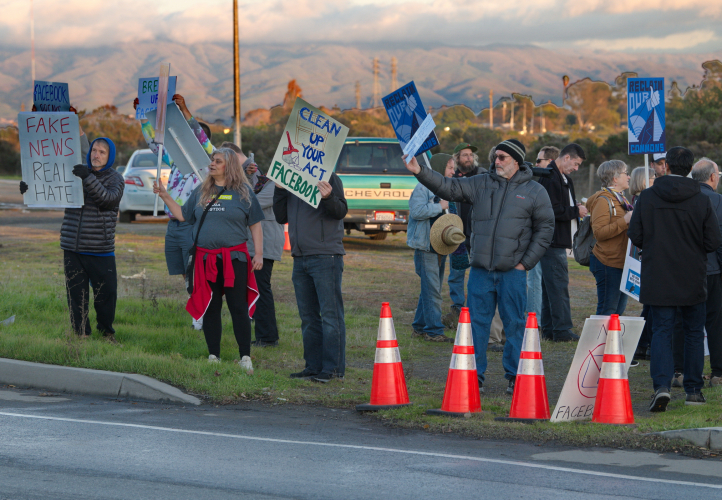 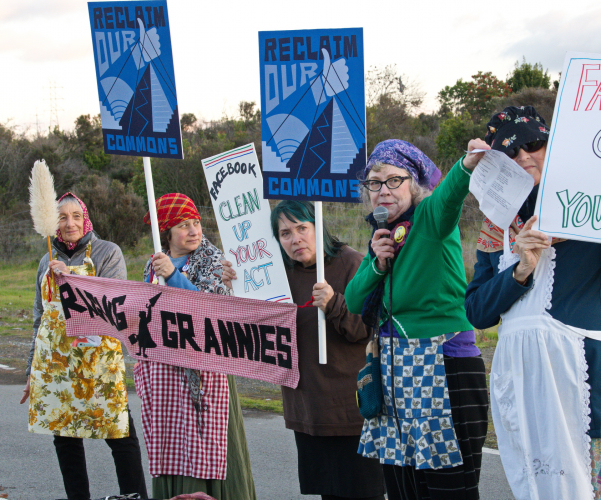 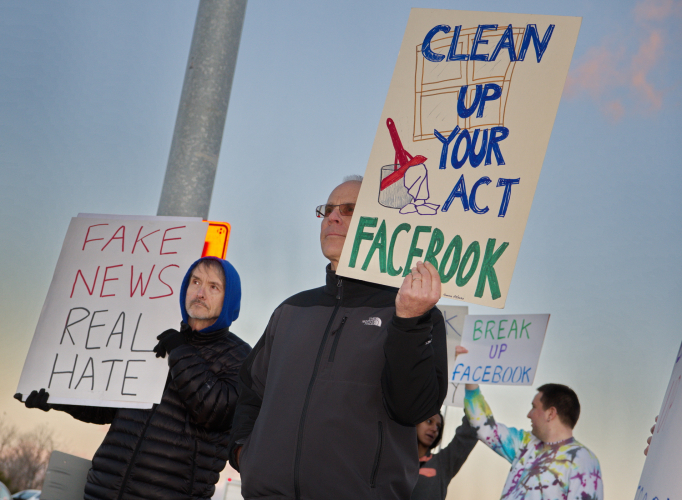 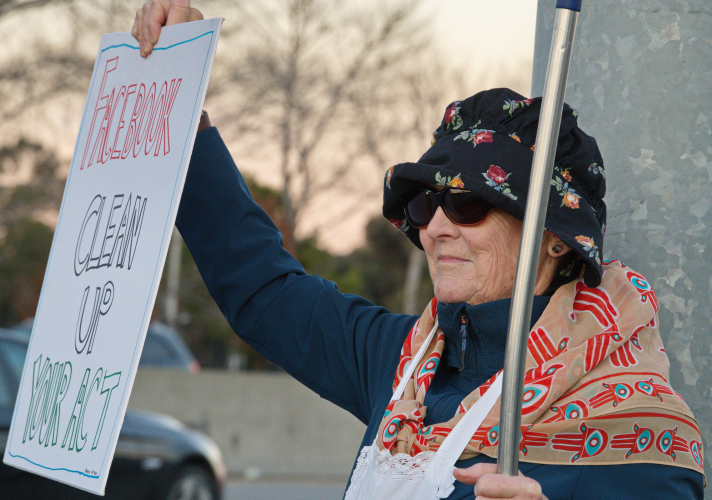 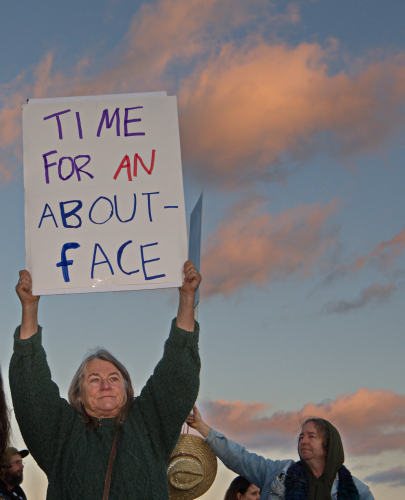 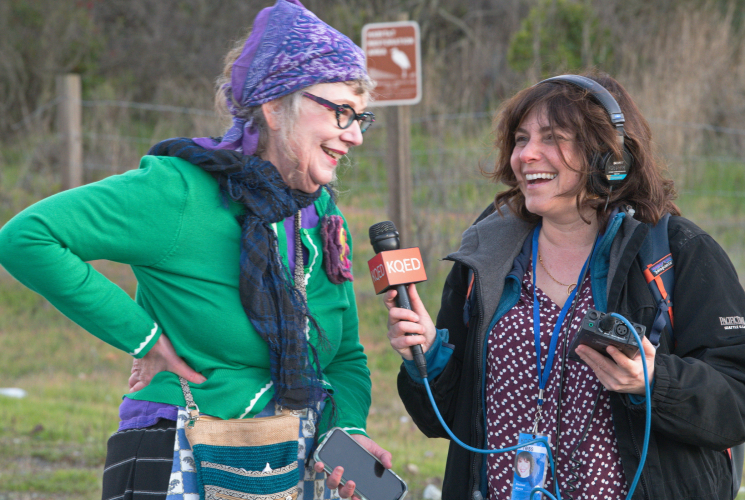 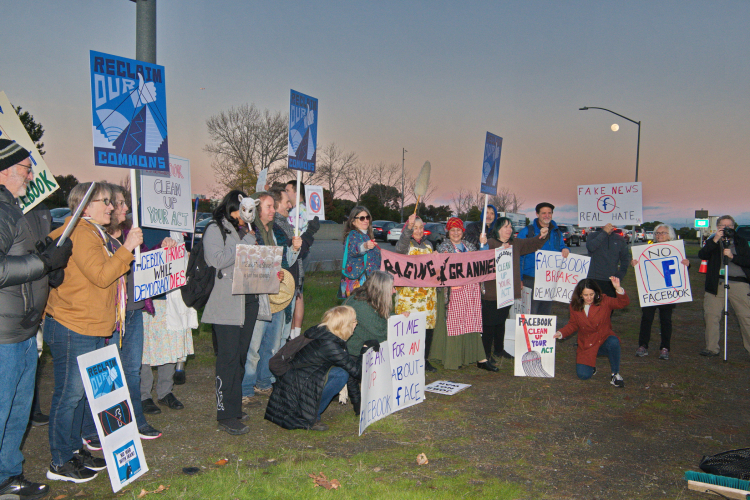 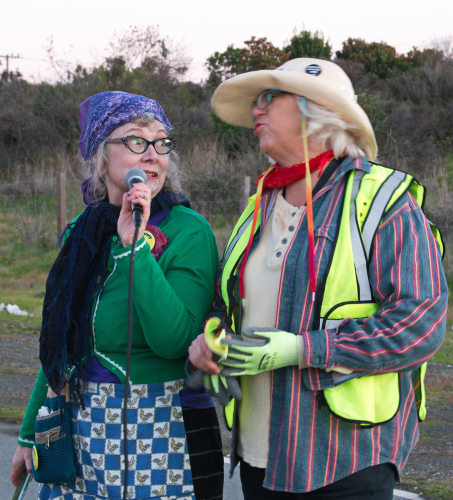 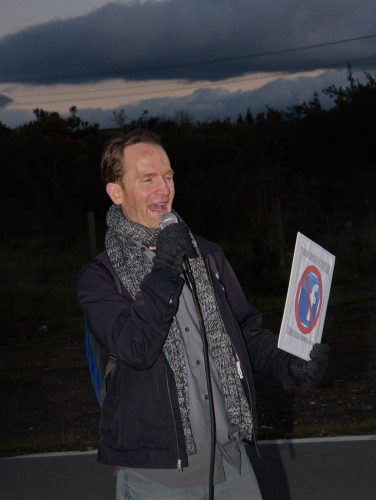 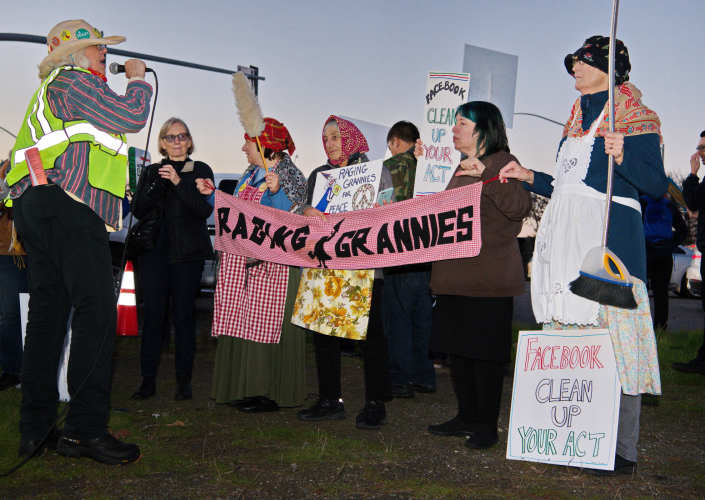 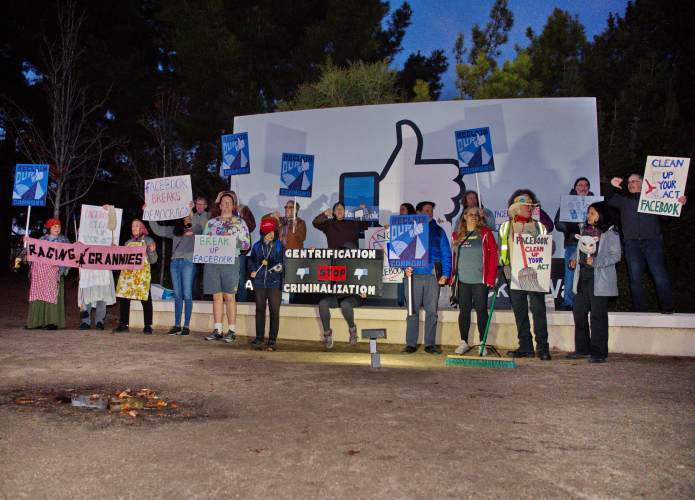 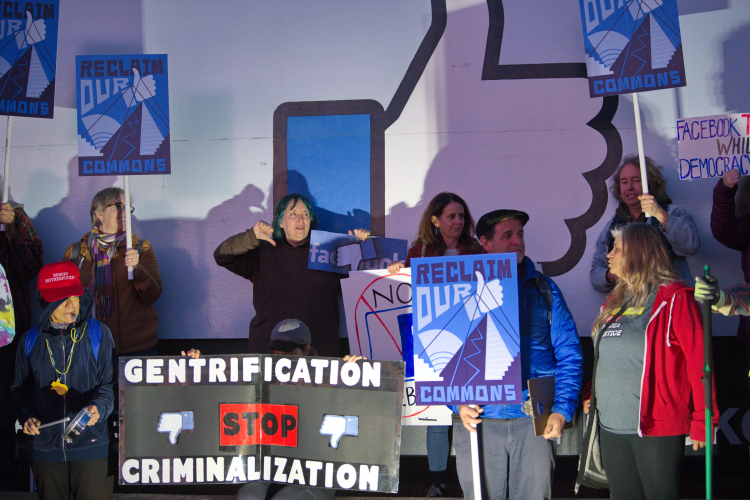 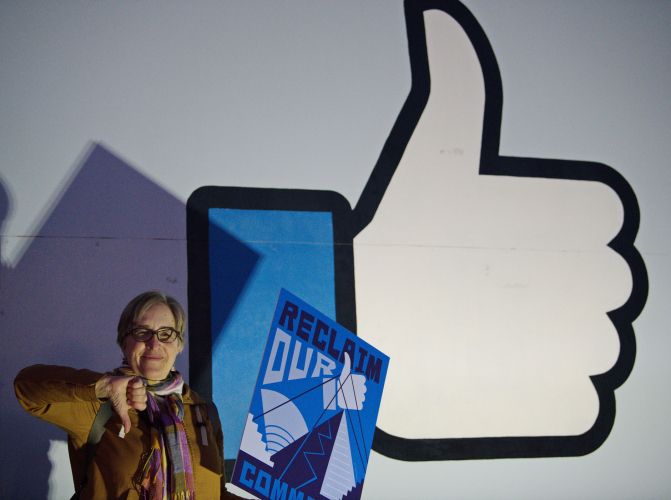 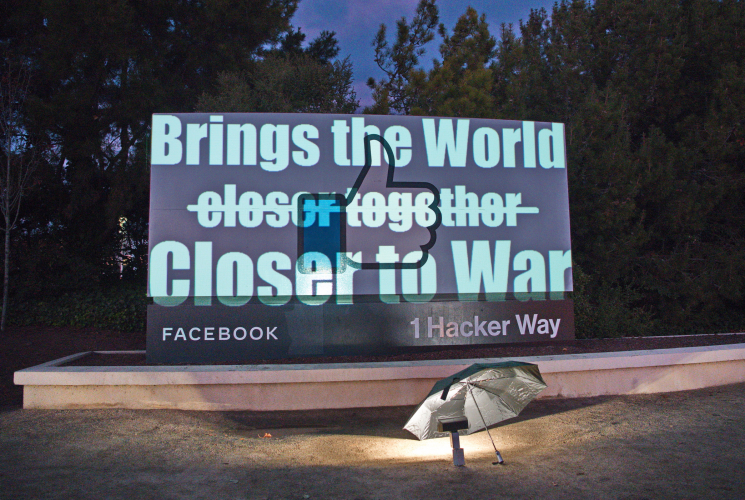 §great photos
by lis cox
Saturday Jan 11th, 2020 5:24 PM
Many thanks for these amazing photos, Leon!
Thanks to Pro Bono too!
Add a Comment
Support Independent Media
We are 100% volunteer and depend on your participation to sustain our efforts!