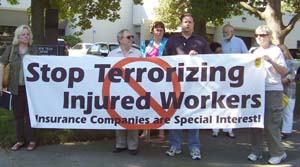 Christine Baker who was the corrupt director of the Department of Industrial Relations DIR worked with the insurance companies to prevent workers from getting treated with serious injuries. She gave a $40 million dollar no-bide contract to Maximus Corporation to keep workers from getting their injuries from taken care of. She. also helped destroy Cal-OSHA and bullied the staff and illegally fired DIR investigator and whistleblower Socorro Tongco.
http://www.insurance.ca.gov/0300-fraud/010...
§
by UPWA Monday Jan 6th, 2020 8:13 PM 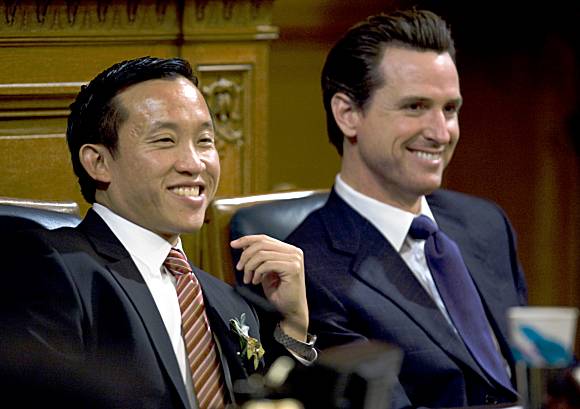 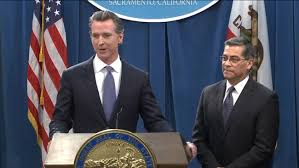 Thursday Apr 4th, 2019 4:45 PM
The escalatiing California criminal corruption scandal involving former Governor Brown's Director Of Industrial Relations director Christine Baker and others is now enveloping Governor Gavin Newsom. Former Governor Brown covered up the corruption by his DIR director Christine Baker and appointed her to the California Fraud Assessment Commission after she was forced to resign as director of DIR. Governor Gavin Newsom continues to support her appointment and the Attorney General Xavier Becerra continues to defend her from lawsuits while refusing to prosecute her for fraud and criminal malfeasance.

"corruption and lawlessness does not stop with Baker and Lanier. Governor Brown"

"Baker worked assiduously to protect business interests during her time in state government, and was the chief architect of a 2012 reform of California’s workers compensation system that has generated massive reductions in employer insurance premiums since then. As a result, Baker has been lionized by business over the years."

I was outside the country when the California State Auditor finally released on March 26th a report held for a year documenting “gross misconduct” conducted by Christine Baker, formerly Director of the Department of Industrial Relations (DIR), and “violations of state law” by David Lanier, former Labor Secretary and confidante of former Governor Jerry Brown.

The 39-page audit, based on interviews with 40 state employees and a review of 1 million emails, provides graphic details of Baker’s nepotism with her daughter’s hiring and promotions at DIR, and Lanier’s illegal passing on audit information to Baker, who then launched a campaign to retaliate against suspected whistleblowers within DIR. Baker abruptly retired in March 2018, after the Governor’s office received the auditor’s draft report, after 34 years with the state.

But the corruption and lawlessness does not stop with Baker and Lanier. Governor Brown, who received the report in March 2018, inexplicably appointed Baker to the California Fraud Commission in January 2019, and appointed Lanier to the Board of the State Compensation Insurance Fund (SCIF) in the same month. Key California legislators and state personnel agencies also received non-public copies of the audit in May 2018, but did nothing to prevent Baker’s and Lanier’s 2019 appointments, or follow the auditor’s recommendation that California “clawback” more than $129,000 in pay based on fraudulent timesheets submitted by Baker’s daughter while at DIR.

Current Governor Gavin Newsom, inaugurated in January 2019, has declined to say whether Baker’s and Lanier’s appointments will be revoked, whether return of the fraudulent pay will be sought, and whether the state’s Attorney General will continue to defend Baker and Lanier against a current lawsuit filed by a whistleblower who cooperated with the auditors and who was reportedly fired in retaliation.

Here are the key documents from what has been called “a sordid tale” of corruption and retaliation:

California State Auditor, “Investigation of improper activities by a state agency and its employees,” March 26, 2019: http://bsa.ca.gov/pdfs/reports/I2019-1.pdf

Sacramento Bee editorial, “Auditor’s investigation exposed nepotism at DIR. Why did she try to hide it?” March 27, 2019: https://www.sacbee.com/opinion/editorials/article228455704.html

The highlights of the reports indicate an amazing array of state officials involving in self-serving personal and political corruption:

o “in addition to [Lanier’s] clear disregard for confidentiality requirements, the [Labor Secretary’s office] failed to provide its final investigative report to us until a full year after the 60-day deadline [June 2015] required by law”

• Former Governor Jerry Brown
o Continued the practice of rewarding supporters and political operatives with appointments to state commissions and boards as a political payoff, despite

having the auditor’s report in March 2018

• The California State Auditor
o Refused to acknowledge in April 2018 (when Baker had already left state service) that it had conducted an investigation of nepotism and retaliation, and found significant violations of state laws

o Refused to release to the public a copy of the report for a year,and did so in March 2019 only when faced with Public Record Act requests and a pending subpoena from the whistleblower lawsuit

So far the only official who has risen to the challenge is the new Labor Secretary Julie Su, who issued a statement stating

“this report raised serious concerns. Among the many important roles that the Labor Agency plays in securing just working conditions for Californians, our job is to prevent retaliation against employees who exercise their rights in the workplace, which makes any retaliatory conduct within the agency all the more unacceptable.” Su also noted that the report “exposed a systematic breakdown” at DIR and the Labor Agency.

One other community has yet to be heard from about the scandal – the state’s employers. Baker worked assiduously to protect business interests during her time in state government and was the chief architect of a 2012 reform of California’s workers compensation system that has generated massive reductions in employer insurance premiums since then. As a result, Baker has been lionized by business over the years.

Now we will see how their much-repeated commitment to “good government,” that is opposition to nepotism, retaliation, lying and political payoffs, stacks up against increased profits from workers comp reform. A foreshadowing of the business community’s posture can be seen in the Workers’ Comp Executive newsletter (see above), which is backing Baker’s efforts to cast doubt on the audit report’s findings.

Baker herself has issued the statements above denying everything (see above) and claiming she is a victim of a “band of people that organized to take me down.” The audit report quotes Baker as saying that this “cabal of people” is “all part of the Filipino network.”

The audit report may crimp Baker’s plans for adding additional income to her already substantial state pension. Earlier this year, prior to the end of the one-year period in which she was prohibited from lobbying DIR as a former agency executive, Baker formed a consulting company (Baker & Welsh, LLC) with former California OSHA chief Len Welsh to peddle influence among lawmakers and regulators in Sacramento.

Another notable aspect of the scandal is that Baker’s administrative sins – rather than her years-long efforts to understaff and under-resourced Cal/OSHA’s enforcement capability and her efforts to undermine new worker-protective standards – that was her undoing.

Whereas the right to cover public meetings at state public facilities is critical to journalists’ work; and

Whereas these meetings provide important information about the work of government agencies on issues that concern the public and communities; and

Whereas the Bagley-Keene Act requires that these meetings and all proceedings therein be conducted in full public view except in certain, precisely defined circumstances; and

Whereas journalist Steve Zeltzer, who was working for KPFA “Work Week,” was prevented from attending this meeting; and

Whereas DIR Director Baker summoned the California Highway Patrol to remove Mr. Zeltzer from the public foyer and prevent him from attending this meeting; and

Whereas this type of action threatens the right of all journalists and the public to receive information about the work of the HSWCC and the DIR in the area of workers’ compensation and the California Occupational Health and Safety Administration; and

Therefore be it Resolved that the San Francisco Labor Council calls on the HSWCC and its members and staff, and on Director Baker and the DIR to cease and desist from any further efforts to block journalists and other members of the public from attending these meetings as they are publicly funded and held at public facilities; and

Be it Further Resolved that the San Francisco Labor Council urge all other affiliated locals and bodies including but not limited to the Communications Workers of America District 9 and the California Federation of Labor to concur with this resolution; and

Be it Finally Resolved that the San Francisco Labor Council we will send this resolution to DIR Director Baker; to Eduardo Enz, acting Executive Officer of the HSWCC; to our California legislative representatives; and to California Governor Jerry Brown.

Submitted by the Pacific Media Workers Guild – CWA 39521 and adopted unanimously by the San Francisco Labor Council on August 10, 2015.


At a California meeting for "Celebrating 100 Years" of Workers' Compensation & Health & Safety at the Oakland State Building on December 15, 2014, reporters were prevented from attending the state-sponsored meeting. Department of Industrial Relations DIR Director Christine Baker who was appointed by Governor Brown is under attack by health and safety advocates such as Garrett Brown and by injured workers and their attorneys for siding with insurance companies and employers. There are also only 172 OSHA inspectors for 18.5 million workers in California.

No reporters were allowed to attend the "private" meeting at the state-building and the Highway Patrol was called by Baker to evict a reporter from KPFA who was in the foyer but the California Highway Patrol officer said the reporter had a right to be in the foyer. The Cal-Osha Report was also prevented from sending a reporter to the meeting.
The meeting was funded in part by the insurance industry through the State Compensation Insurance Fund and International Workers' Compensation Foundation.