Add an Event
Newswire
Calendar
Features
Home
Donate
From the Open-Publishing Calendar
From the Open-Publishing Newswire
Indybay Feature
Publish to Newswire
Add an Event
Related Categories: Santa Cruz Indymedia | Government & Elections | Racial Justice
Additional Context Behind Photo of City Council Candidate Renee Golder Dressed as a Native American
by Santa Cruz Election News
Monday Dec 30th, 2019 5:02 PM
A newly discovered social media post provides additional context behind the photo of Santa Cruz City Council replacement candidate Renee Golder and her husband Mike Golder dressed up as Native Americans with their children at a party. The party appears to have been planned with a Native American theme; a public message on social media to Heidi Rhodes, the host of the party, from her father states: "Happy Birthday Sweetie, I got my Injun' outfit!" Her response was: "See ya tonight Chief" (see photo below). Golder, who is a teacher at Bay View Elementary, is a pro-recall replacement candidate for Councilmember Drew Glover's seat in the March 2020 election. (Photo: Renee and Mark Golder dressed up as Native Americans.) 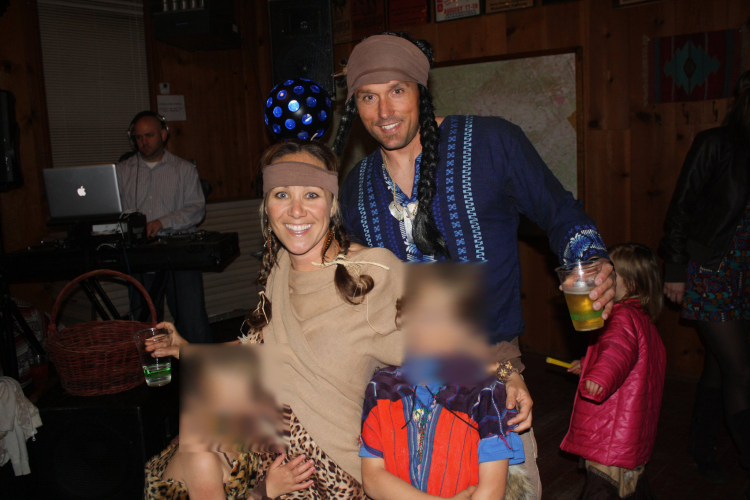 Renee Golder's candidate statement on the City of Santa Cruz's website reads, "For the past 20 years, as a bilingual elementary school teacher, currently at Bay View Elementary; I’ve worked hard every day to help students demonstrate kindness, respect and diversity through their actions. These same values will define how I represent you on the City Council."

The party Golder dressed up as a Native American for was held during April of 2011.

For context, it was only six months prior that mass media celebrity Paris Hillton was widely condemned for dressing up as a Native American for Halloween in 2010.

The photo of the Golders dressed as Native Americans was posted to social media by Heidi Rhodes with the message, "We are all so happy you made [it] down to pow wow with us. You looked amazing!"

Mike Golder thanked Rhodes for hosting the party, and responded, "the kids all want to dance with fire now," and, "Renee is still reminiscing about the food....she destroyed a caveman sized BBQ turkey leg off my plate before I could rip it from her greasy hands".

In 2019, Renee Golder wrote a letter to the Santa Cruz Sentinel titled, "A pattern of behavior from Krohn, Glover" in which she accused the Councilmembers of "harassing and bullying behaviors". 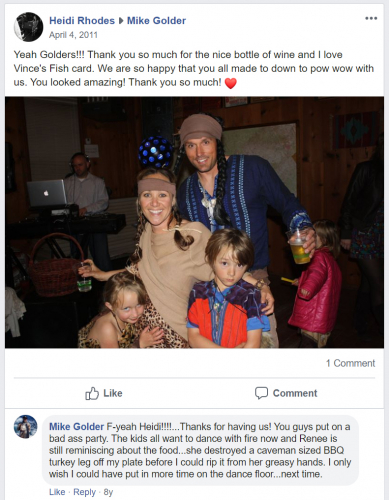 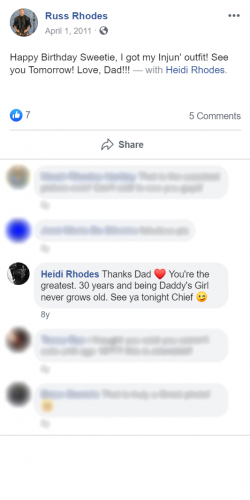 "Happy Birthday Sweetie, I got my Injun' outfit! See you tomorrow! Love, Dad!!!"

"Thanks Dad <3 You're the greatest. 30 years and being Daddy's Girl never grows old. See ya tonight Chief ;-)" 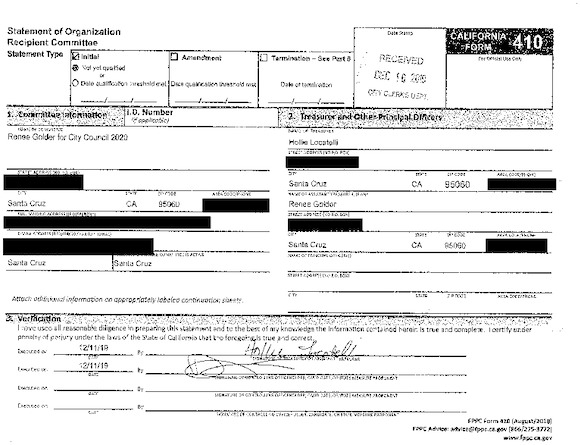 Download PDF (170.3KB)
Mylife.com has Golder listed as a registered Republican, however on the 410 form filed with the City of Santa Cruz, the campaign has listed Golder's party as "Democratic". Additionally, Hollie Locatelli is listed as the campaign's Treasurer.

Source:
https://www.dropbox.com/sh/m4r17cywnx9jr1c/AACa_o1Ojp5em538oVF30MABa/Current%20Forms/Golder%2C%20Renee?dl=0&preview=Form+410+(initial)_Redacted.pdf&subfolder_nav_tracking=1
Add a Comment
Support Independent Media
We are 100% volunteer and depend on your participation to sustain our efforts!