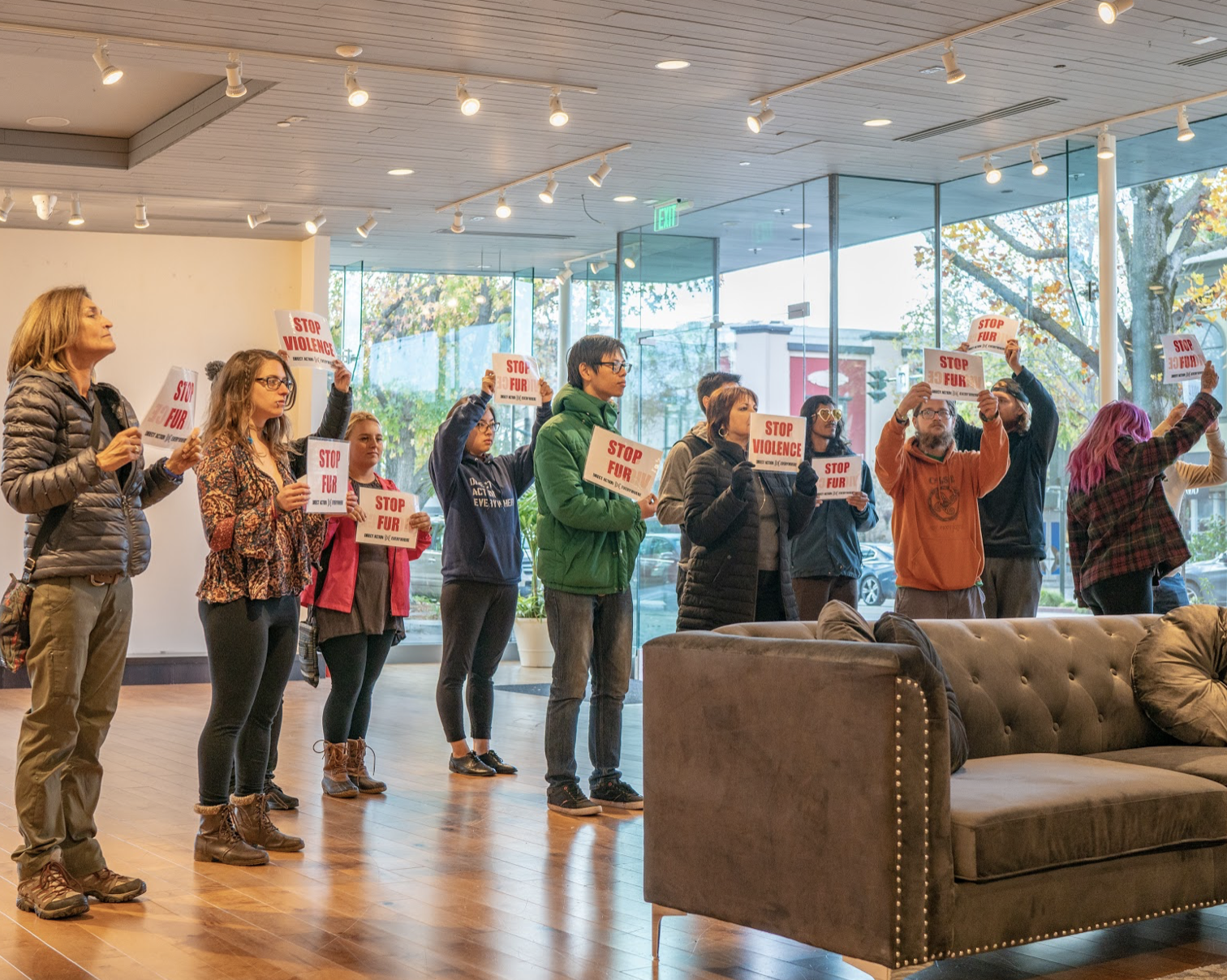 
November 29, 2019, WALNUT CREEK, CA – Direct Action Everywhere (DxE) animal rights activists demonstrated at a Walnut Creek fur store on Black Friday, less than a week after the store’s opening. A woman, Cassie King, masqueraded as a manager, welcoming customers into the store with satirical enthusiasm, describing the violent, cruel ways animals in the fur industry are treated and killed. The fur store, Maximillian, sells fur relocated from Saks Fifth Avenue in San Francisco, where a complete legal ban on fur sales will be effective January 1, 2020.

This comes amid a wave of retailers, fashion designers and celebrities dropping fur, and as California became the first state to ban fur sales just last month. (The California ban is set to go into effect on January 1, 2023.)

DxE exposed a paid-protester scheme aimed at defeating the California fur ban, which it says is a sign of the desperate and dying industry.

“The writing is on the wall for the violence and vanity that is the fur industry,” said King. “Ordinary Californians are wising up and speaking out to create a better world.”
https://www.directactioneverywhere.com
§Black Friday fur protest video
by DxE Saturday Nov 30th, 2019 1:11 PM
Copy the code below to embed this movie into a web page:
Download Video (39.8MB) | Embed Video
(video 2:34)

https://www.directactioneverywhere.com
Add Your Comments
Support Independent Media
We are 100% volunteer and depend on your participation to sustain our efforts!