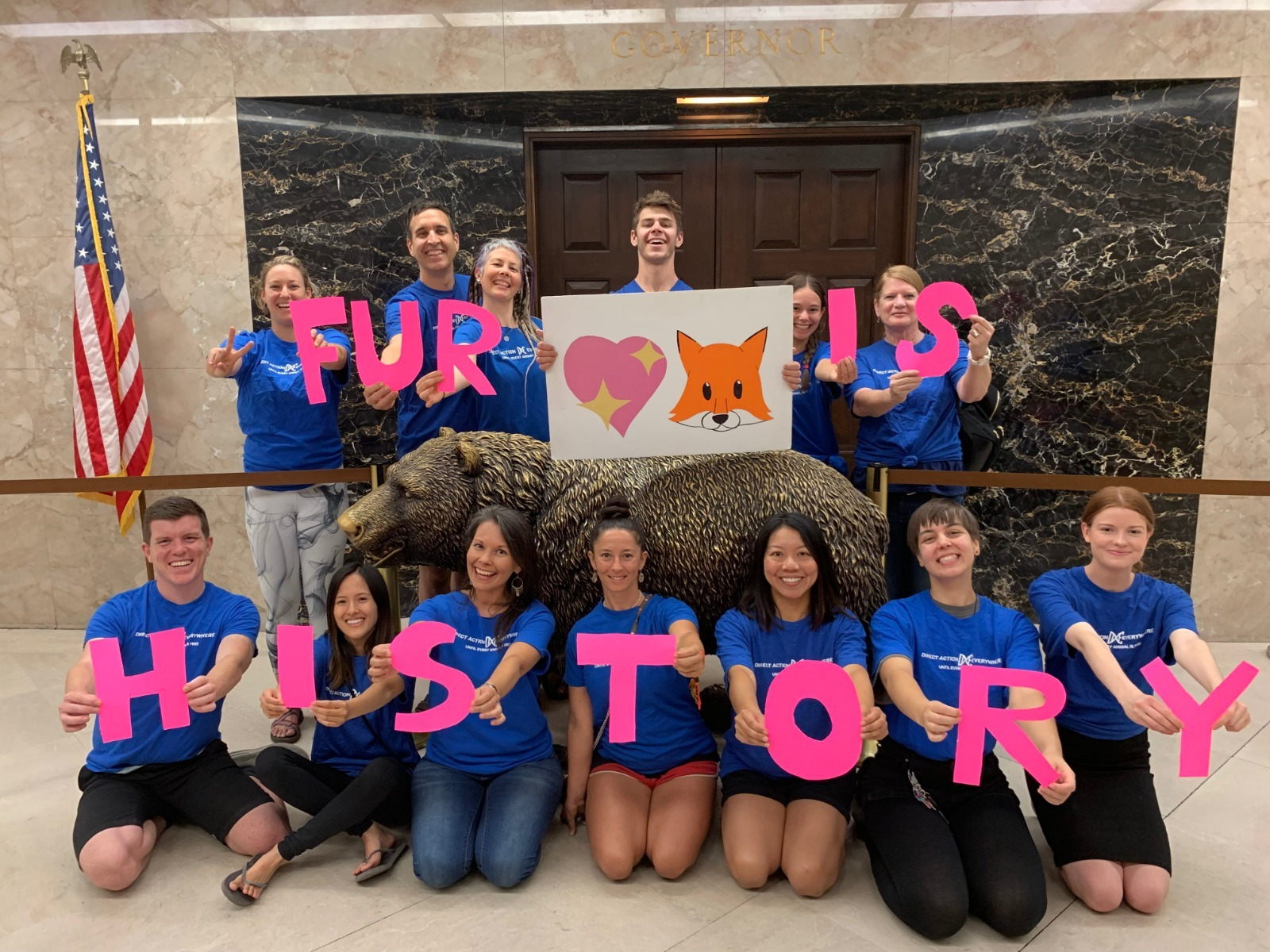 
California Governor Gavin Newsom has signed the nation’s first statewide ban on the sale of fur. This historic bill follows years of anti-fur advocacy from the Berkeley-based grassroots network Direct Action Everywhere (DxE), which spearheaded the city-wide fur bans in Berkeley (2017) and San Francisco (2018). The state of California quickly followed suit, with support from a coalition of groups including DxE, The Humane Society of the United States, Social Compassion In Legislation, In Defense of Animals, Compassionate Bay and others. Activists are hopeful the momentum will lead to a national ban, and ultimately an end to the industry altogether.

The bill, AB 44, came within one vote of dying in a senate committee vote in July, with dozens showing up to speak in opposition to the bill. DxE subsequently dug into the situation, sending an activist undercover and exposing that most people speaking in opposition had been paid to do so, as covered by The Intercept.

“The fur industry is so desperate to hide its animal torture that it’s literally paying for fake support,” said Cassie King, who lives with a rabbit named Mabel whom she rescued from a California fur farm. “But ordinary people are wising up and creating a more compassionate future.”

Other work leading to the ban:

• A 2019 investigation of a California fur farm, exposing cruelty and rescuing a bunny the group named Mabel

https://www.directactioneverywhere.com/
Add Your Comments
Support Independent Media
We are 100% volunteer and depend on your participation to sustain our efforts!