Add an Event
Newswire
Calendar
Features
Home
Donate
From the Open-Publishing Calendar
From the Open-Publishing Newswire
Indybay Feature
Publish to Newswire
Add an Event
Related Categories: Santa Cruz Indymedia | Government & Elections
Recall Canvasser Handcuffed at Whole Foods Returns to Trader Joe's
by AutumnSun
Wednesday Sep 18th, 2019 12:43 PM
Today I went to Trader Joe's to purchase a few items. After I parked, I saw the same man that had been handcuffed by the Santa Cruz Police on September 10th for harassment and saying racial slurs to the Whole Foods Manager, along with actually harassing Alex after he was released! 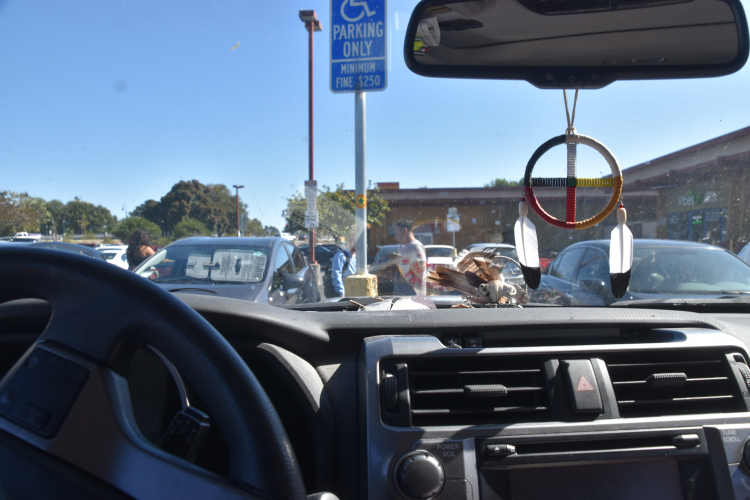 original image (6000x4000)
He was again asking people to sign the petition to recall Drew Glover and Chris Krohn. Today, his fellow worker was a woman, but she was not very active, and was mostly on her cell phone. He was being very aggressive, but he stayed away from me all together; both when I went up to him before going into the store, and then again when I went up to him after leaving the store. I believe that he had to know who I was from my reports and Alex's report.

I took these few pictures of him while he aggressively went up to several people! I moved from the parking place I was parked in, at the front of the store. I left the lot, but returned, and parked further away. I continued to watch him until the security guard noticed me photographing from where I was. The security and the manager of Traders Joe's seemed to get concerned with my taking the photos. They may have thought that I was casing the store.

The man asking people to sign his petition for the recall also finally seemed to notice me taking photos of him, and he immediately retreated into Trader Joe's (see the last few photos). I never saw him again! I then decided to leave to get some lunch before heading to the Stockwell Cellars free wine give away for people who would bring in petitions with ten signatures! I will report on that event later today. 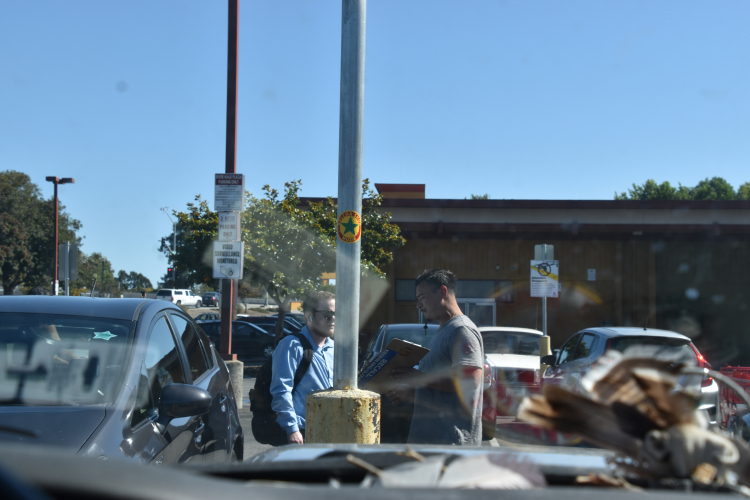 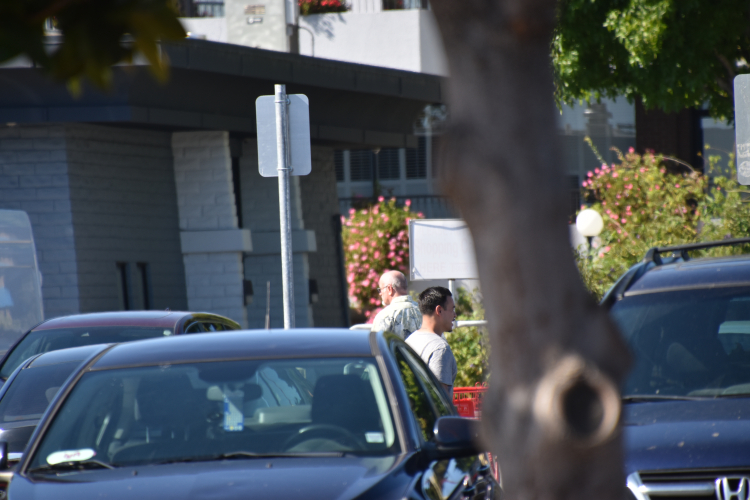 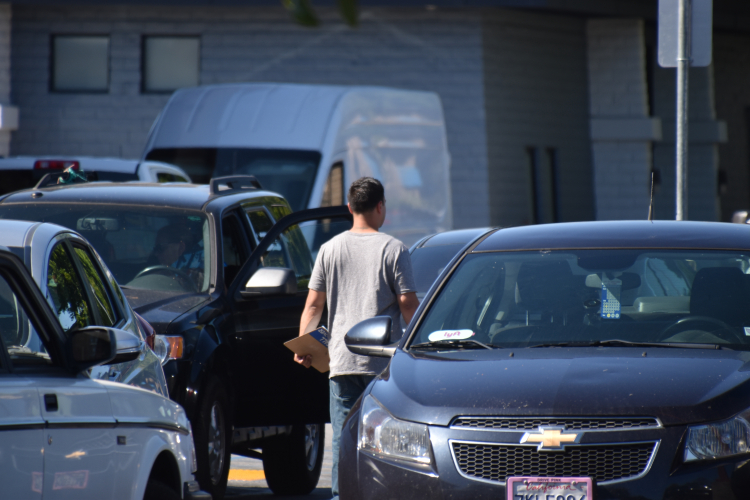 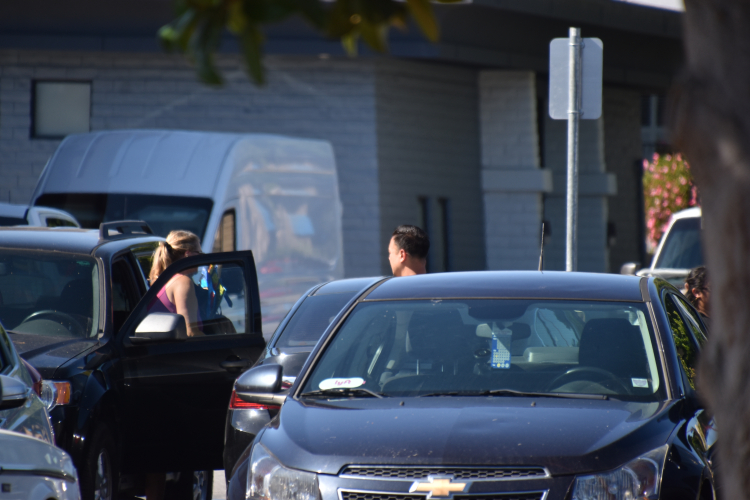 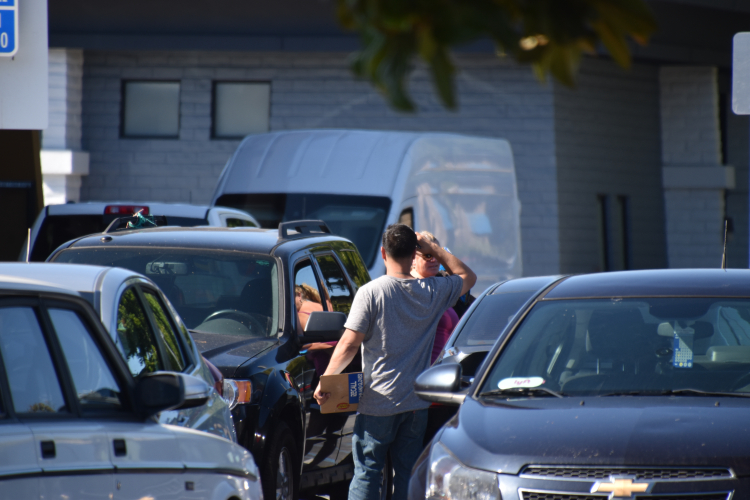 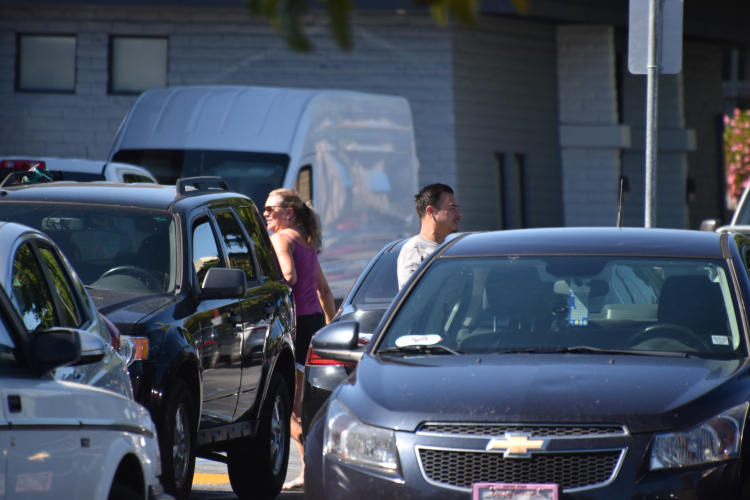 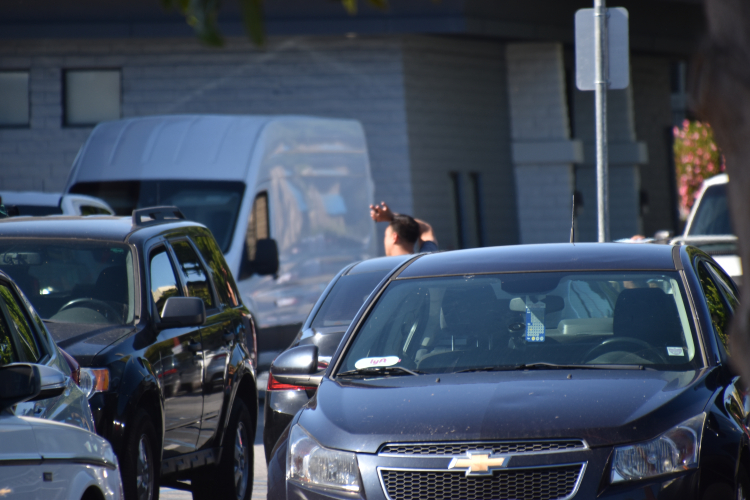 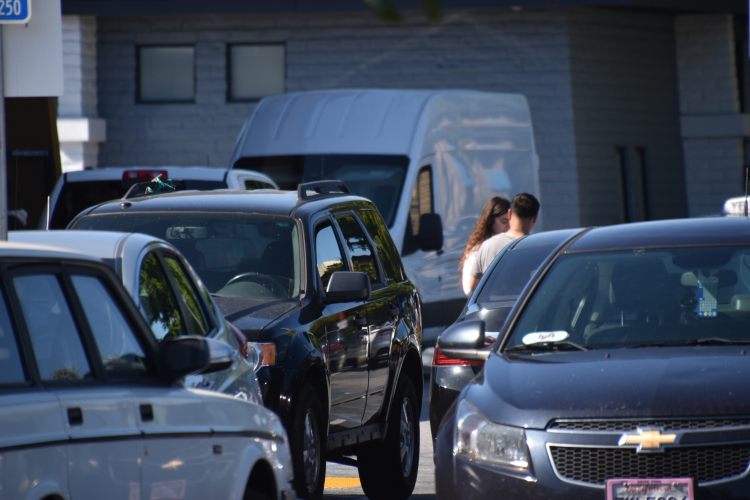 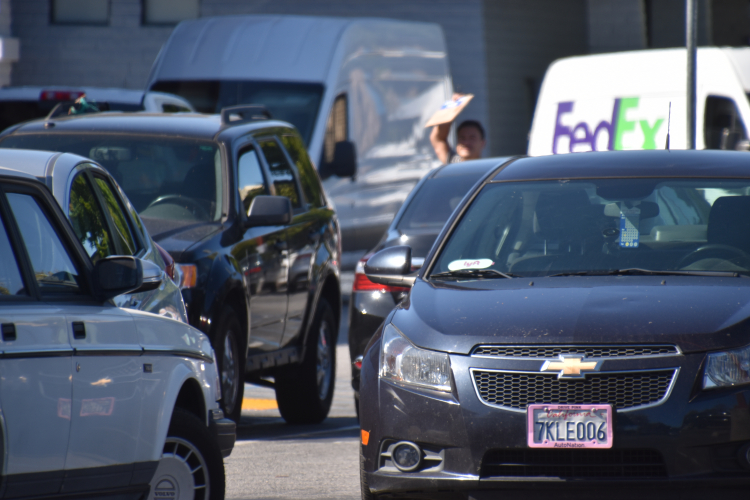 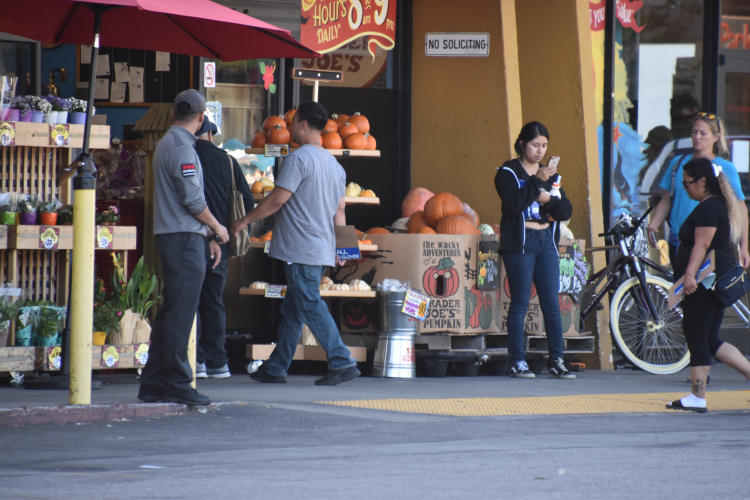