Add an Event
Newswire
Calendar
Features
Home
Donate
From the Open-Publishing Calendar
From the Open-Publishing Newswire
Indybay Feature
Publish to Newswire
Add an Event
Related Categories: Santa Cruz Indymedia | Government & Elections
Santa Cruz for Bernie Urges Community Members Not to Sign the Recall Petition
by Santa Cruz News Network
Saturday Aug 10th, 2019 6:11 PM
Santa Cruz County for Bernie Sanders, the local organizing group formed during the 2016 Presidential election that is presently campaigning for 2020, has issued a statement opposing the recall campaign against Progressive Santa Cruz City Councilmembers Drew Glover and Chris Krohn. "We urge our members and their friends, family and neighbors: DO NOT SIGN the recall petition," the statement reads. "A recall should only be initiated when there is clear evidence of serious malfeasance in office. Political disagreement and unsubstantiated accusations are not appropriate grounds for a recall." 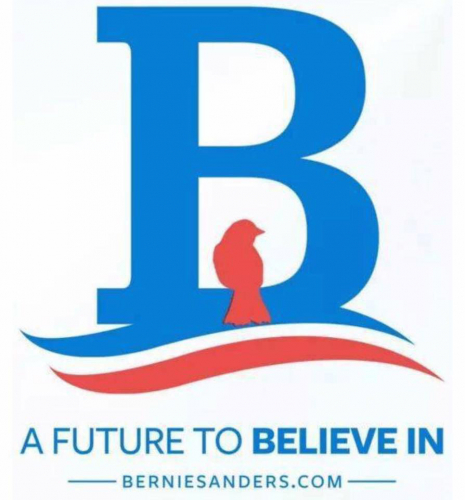 A recall should only be initiated when there is clear evidence of serious malfeasance in office. Political disagreement and unsubstantiated accusations are not appropriate grounds for a recall. From a neutral perspective on the political positions of Council members Chris Krohn and Drew Glover, we are convinced that there are no legitimate grounds for the recall of these duly elected Council members.

We urge our members and their friends, family and neighbors: DO NOT SIGN the recall petition.

When considering this issue at its June 18 meeting, the SC4B Steering Committee was unanimous in its opposition to the recall effort. The Steering Committee took this position on behalf of the SC4B organization as it was consistent with several SC4B membership votes over the past 3 years, all of which were unanimous or nearly so.

In 2016, SC4B developed a progressive platform for City Council candidates, which was then adopted by our membership. Drew Glover and Chris Krohn were among the four candidates who pledged to support this platform. Our membership overwhelmingly endorsed them, and many of our members actively worked on and contributed to their campaigns. Chris was elected that round. In 2017 the SC4B membership endorsed a rent control ballot measure campaign for the City. As a City Council candidate in 2018, Drew Glover supported the rent control measure. The SC4B membership endorsed Glover for his second run for Council, and again our members stepped up. Our efforts were critical to his election.

The platform that these Council Member pledged to support in 2016 included, among other policies, a tenants rights program, and establishment of legal, supervised places for the houseless to sleep within City limits and throughout the County, which could include emergency shelters, warming centers, RV parks and/or campgrounds. In the 2018 campaign, our endorsed candidates pledged to work for renter protections in the form of rent control and just cause for eviction rules.

Recall proponents are accusing these Council Members on a variety of false grounds, but on the substantive issues, they are accusing them of supporting the policies for which we elected them.

Make no mistake, the recall campaign is an attempt by sore losers to redo a legitimate election in an attempt to disrupt the progressive Council majority we worked so hard to achieve because our progressive majority is challenging the old pro-development and anti-homeless mindset that has shaped City policies for the past couple of decades. And the recall crusaders are using the same kind of fear and hate tactics used nationally to divide people.

The SC4B Steering Committee did not immediately publicize its position opposing the recall to our membership out of respect for the Stop The Recalls group whose early strategy was to minimize any publicity about the recall effort. Now that the recall is being discussed on the front pages of the Sentinel and all over NextDoor, it is time to advise our members of the true story about this attack on progressive politics.

A list of businesses to boycott whose owners are supporting the recall effort can be found: here.