Add an Event
Newswire
Calendar
Features
Home
Donate
From the Open-Publishing Calendar
From the Open-Publishing Newswire
Indybay Feature
Related Categories: Santa Cruz Indymedia | Government & Elections
'Santa Cruz United' Volunteer May Have Violated the Law, Video Shows
by Santa Cruz News Network
Wednesday Jul 17th, 2019 7:51 PM
A video posted today on social media shows Attorney Jane Becker, a volunteer with Santa Cruz United, tabling downtown on July 15 and refusing to allow a member of the public to read one of the petitions the group is circulating to recall Santa Cruz City Councilmembers Drew Glover and Chris Krohn. Additionally, the video shows Becker jumping up from her table and attempting to take the petition away from the individual seeking information, who later explained that Becker physically grabbed their arm aggressively in that moment. When the person shouted "don't touch me" in response, Becker can be heard on the video saying, "Oh my God, what a little coward, what a little pussy you are". According to the recall guide posted to the City of Santa Cruz website, anyone circulating a recall petition must by law allow potential signers to read the petition. "Any person working for the proponents of a recall petition who refuses to allow a prospective signer to read the petition is guilty of a misdemeanor," the recall guide states. 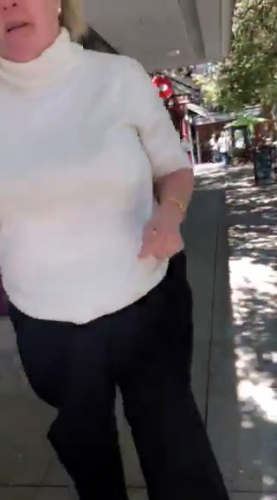 
Jane Becker, who is also a Take Back Santa Cruz member, posted to the Santa Mierda hate blog on July 16 that she called the police during the incident because she felt 'threatened' and 'harassed'.

The video, however, shows that Becker was the aggressor and that she may have violated multiple laws in the process.


A list of businesses to boycott that are supporting the recall effort can be found: here. 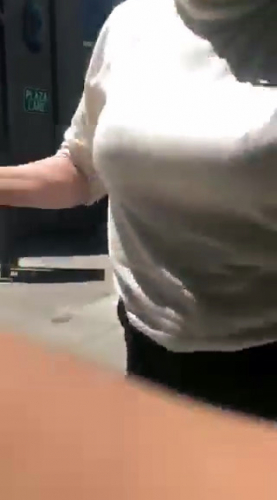 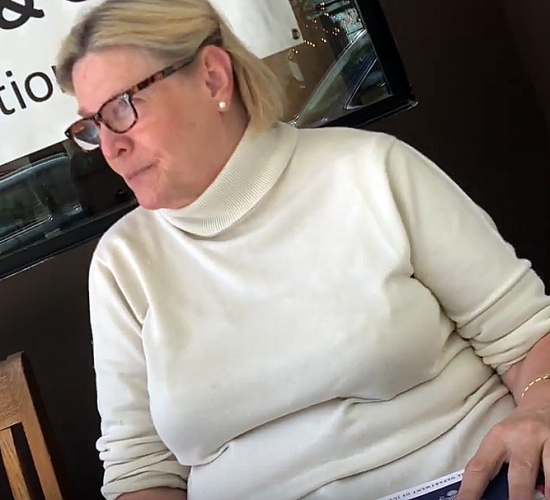 original image (667x606)
Attorney Jane Becker of Santa Cruz United and Take Back Santa Cruz.
Add Your Comments
LATEST COMMENTS ABOUT THIS ARTICLE
Listed below are the latest comments about this post.
These comments are submitted anonymously by website visitors.