Add an Event
Newswire
Calendar
Features
Home
Donate
From the Open-Publishing Calendar
From the Open-Publishing Newswire
Indybay Feature
Publish to Newswire
Add an Event
Related Categories: Peninsula | Immigrant Rights
Mountain View Vigil Protests Immigration Camps
by Text: R.R. Photos: Teri Vershel
Sunday Jul 14th, 2019 2:11 AM
On June 30, 2018 in Mountain View 2,000 people demonstrated to send a clear message to Donald Trump and Republicans in Congress: Families Belong Together! They demanded an end to cruel and unjustified treatment of immigrant children and their families. A year later, on July 12, 2019, members of Together We Will once again called upon the people to gather on the streets, for the situation has not improved. Quite the opposite, it has only become more dire. 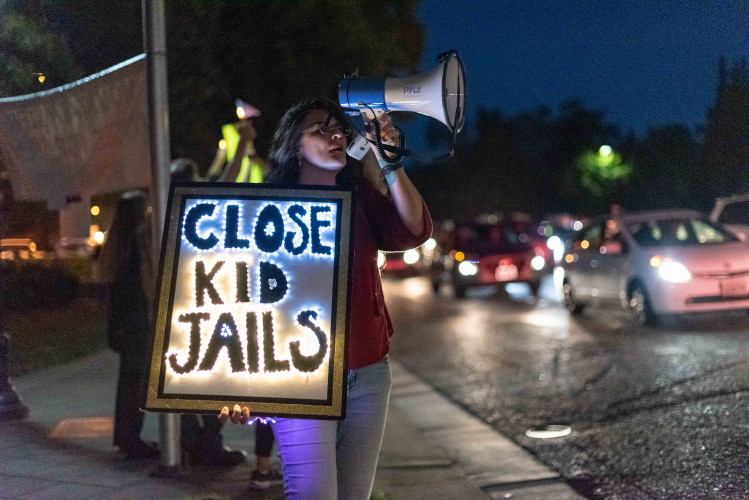 original image (6016x4016)
On a warm Friday night, residents of Mountain View and nearby towns took part in a Lights for Liberty vigil, as part of worldwide protests against detention camps at the U.S.-Mexico border. Just as they did almost exactly one year earlier, demonstrators waved signs calling out the Trump administration for inhumane conditions in detention camps, mass deportation and deaths at the border.

Starting at the intersection of El Camino Real and Castro Street at 7:30 p.m., people lined the sidewalks of the busy intersection. They planned to end their demonstration with a candlelight vigil featuring a mass reading of the lines of poetry inscribed on the base of the Statue of Liberty from 8:45-9 p.m., but protesters eager to be seen by passing traffic continued to rally long after the scheduled close.

Ida Rose Sylvester, one of the organizers of Together We Will Palo Alto/Mountain View, said on a hopeful note that, "Over the last 2.5 years, energy has shifted from sad and chaotic, to very powerful, focused and truly ready for change." Together We Will, the national organization, was born from the upswell of political activism following the 2016 election. Since then hundreds of thousands have felt the call to action across the country.
https://www.indybay.org/newsitems/2018/07/...
§Familias Unidas
by Text: R.R. Photos: Teri Vershel Sunday Jul 14th, 2019 2:11 AM 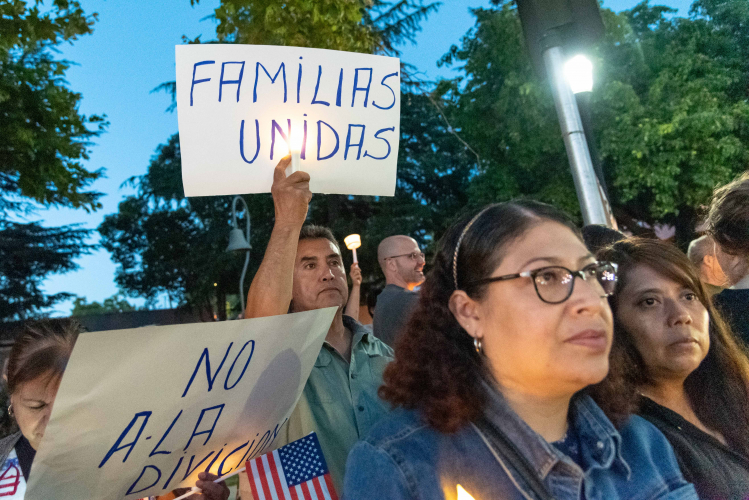 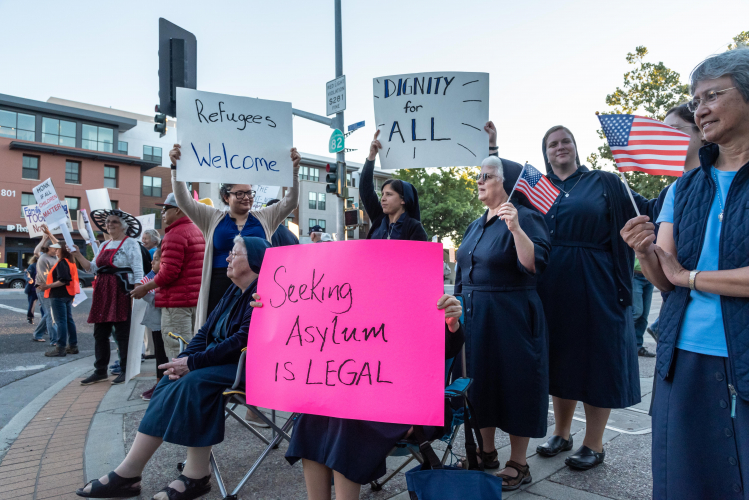 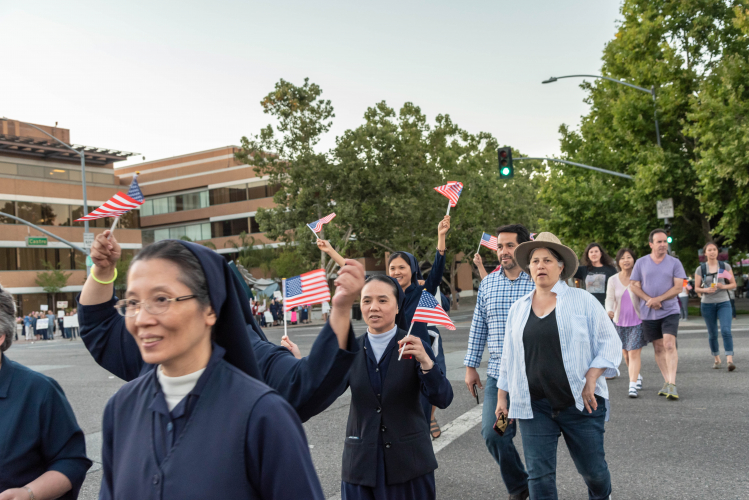 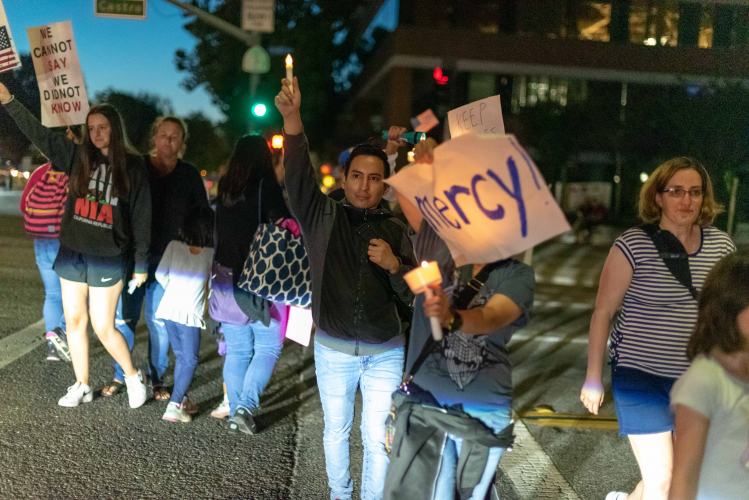 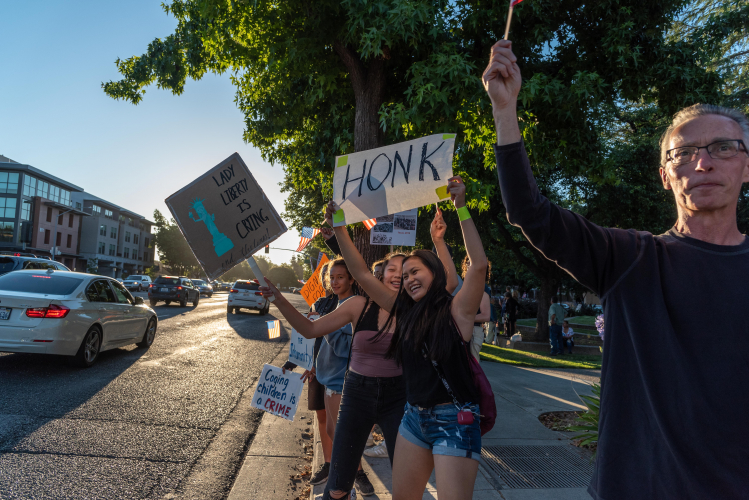 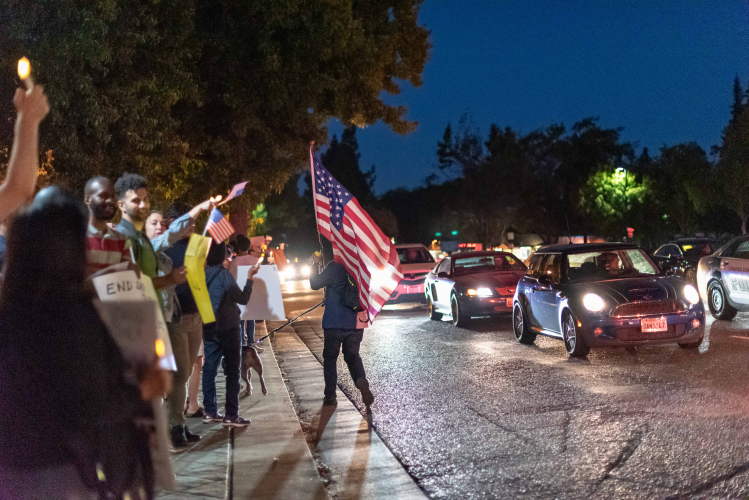 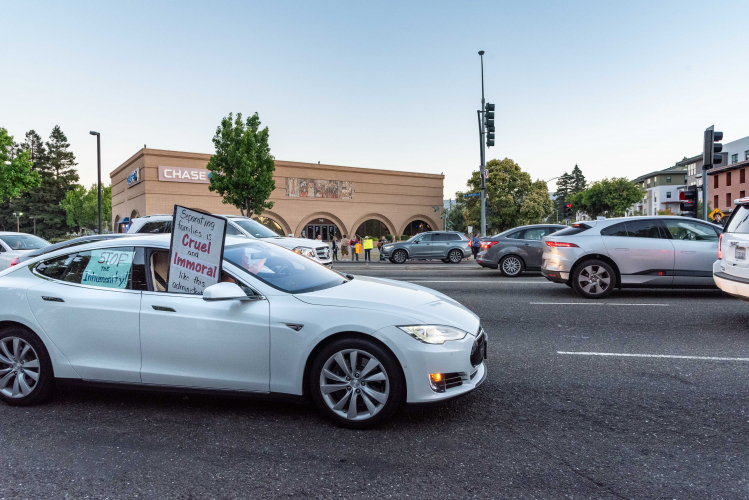 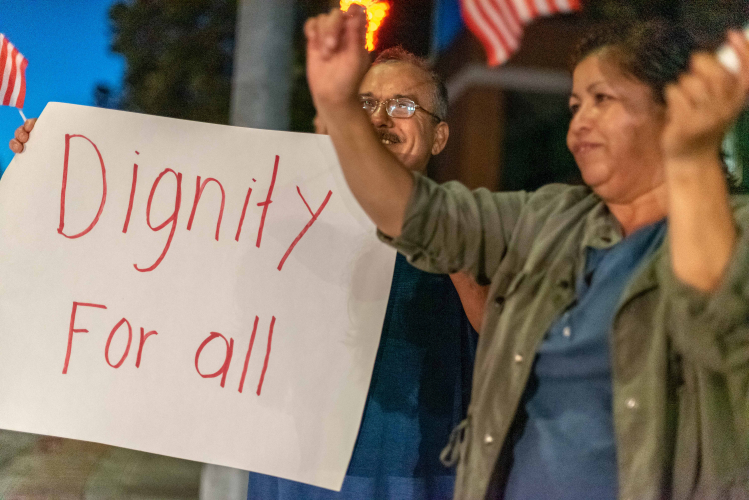 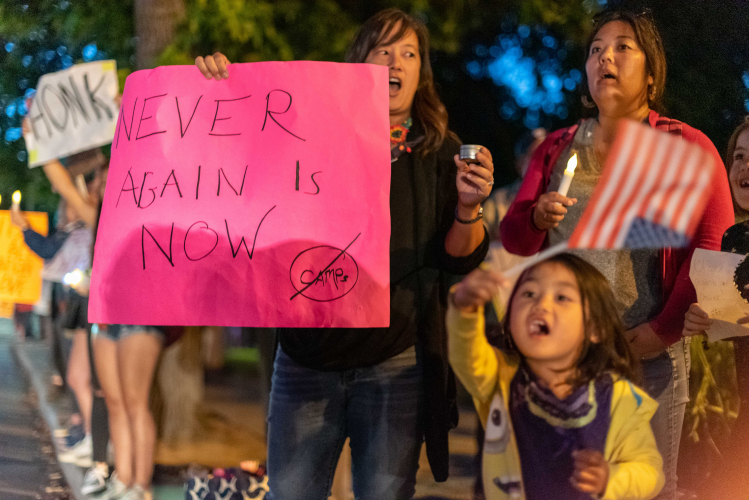 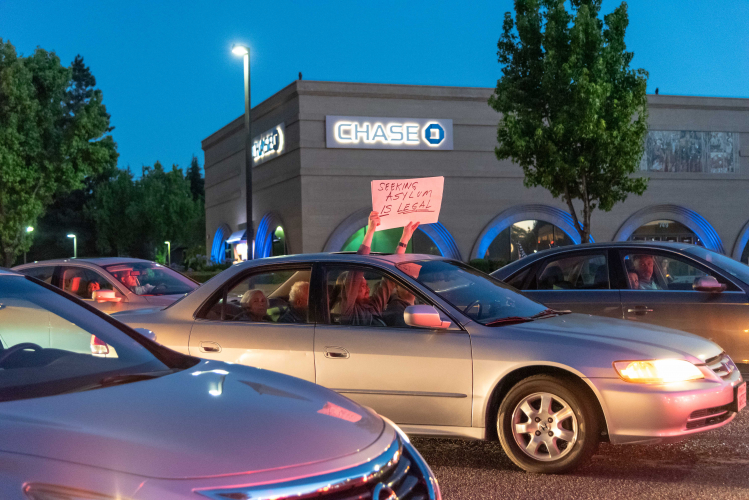 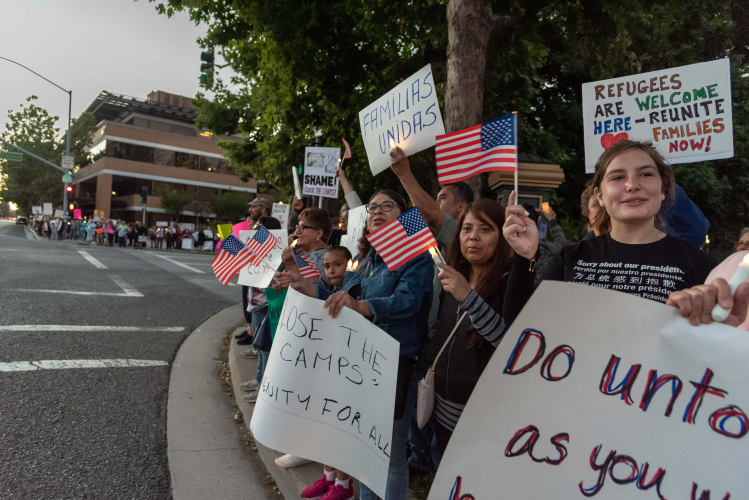 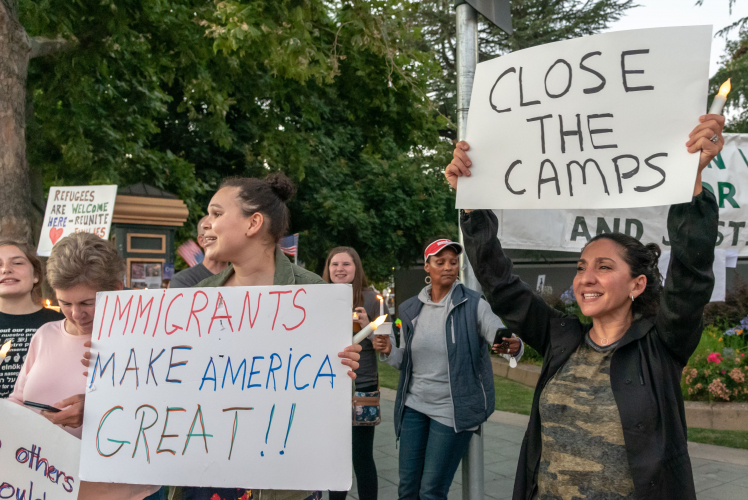 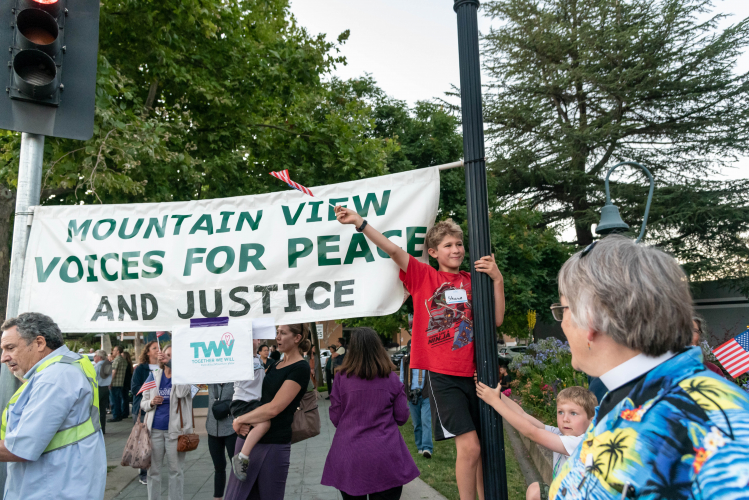 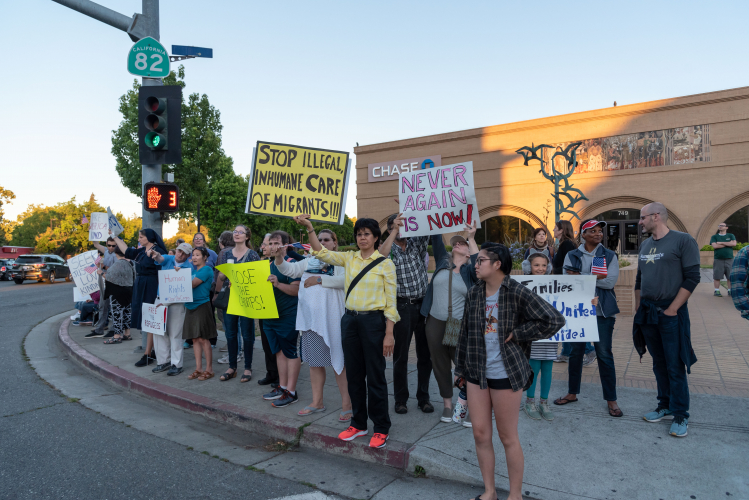 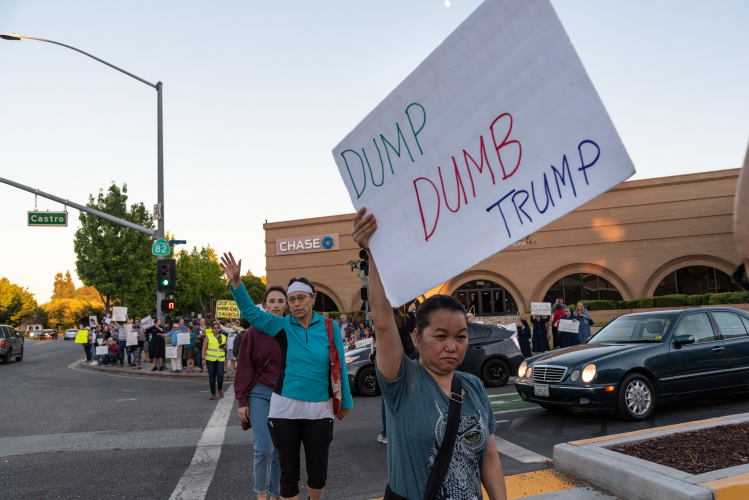 original image (6016x4016)
https://www.indybay.org/newsitems/2018/07/...
Add Your Comments
LATEST COMMENTS ABOUT THIS ARTICLE
Listed below are the latest comments about this post.
These comments are submitted anonymously by website visitors.