Add an Event
Newswire
Calendar
Features
Home
Donate
From the Open-Publishing Calendar
From the Open-Publishing Newswire
Indybay Feature
Publish to Newswire
Add an Event
Related Categories: Peninsula | Immigrant Rights
Mountain View Says "Reunite Separated Families, Stop ICE!"
by Text Gigi/Photos Chris Cassell
Sunday Jul 1st, 2018 7:28 PM
In Mountain View, California the action began at 7 p.m. with a protest at the corner of El Camino Real and Castro Street. Participants then marched to Civic Center Plaza for a rally with chants, songs, and a candlelight vigil. Photos by Chris Cassell, please credit the photographer if you use them. 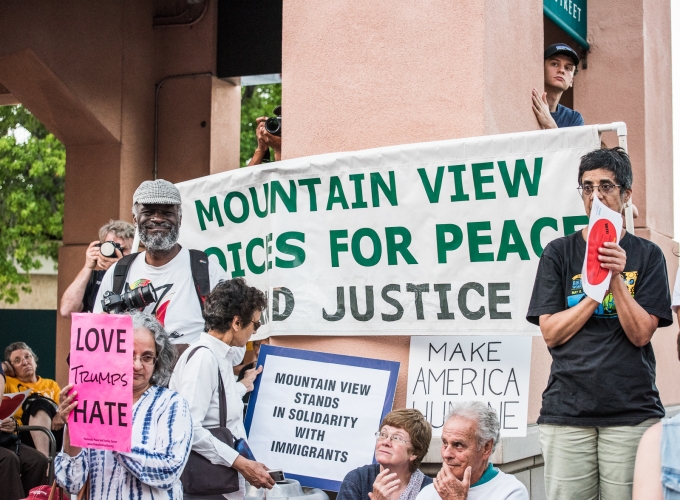 original image (1600x1176)
2,000 people demonstrated in downtown Mountain View, California Saturday night to protest President Trump's policy of separating undocumented immigrant families trying to enter the United States at the southern border. The protest started at 7 p.m. at the corner of El Camino Real and Castro Street. Participants then marched to Civic Center Plaza for a rally with cheers, chants and singing by the Resistance Chorus and the Raging Grannies. As the sun set the gathering glowed with a candlelight vigil.

There were more than 700 protests and rallies scheduled throughout the country all on the same day. In Washington, D.C. 35,000 demonstrators marched to the White House in 96-degree temperatures, while in San Francisco the estimate was 30,000.

The nationwide demonstration came under the banner of "Families Belong Together". In Mountain View many organizations came together to pull off the march and rally that filled the city center's plaza. At the top of the list were groups Together We Will--Mountain View, Mountain View Voices for Peace and Justice, Peninsula Peace and Justice Center, Mountain View Day Worker Center, SIREN...and there were others too.
§Speaker
by Text Gigi/Photos Chris Cassell Sunday Jul 1st, 2018 7:28 PM 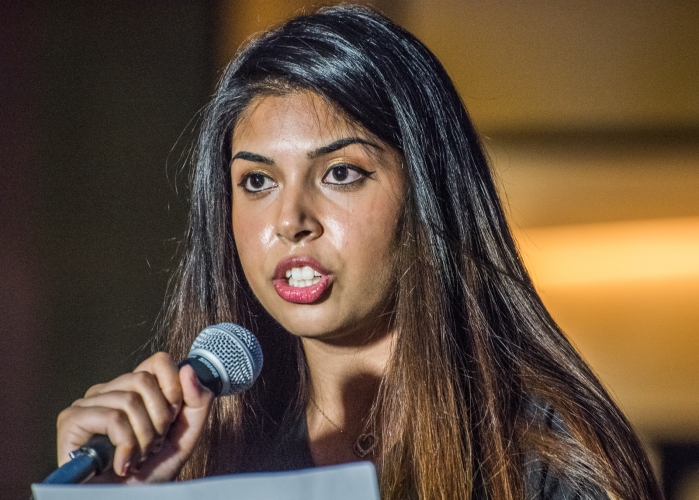 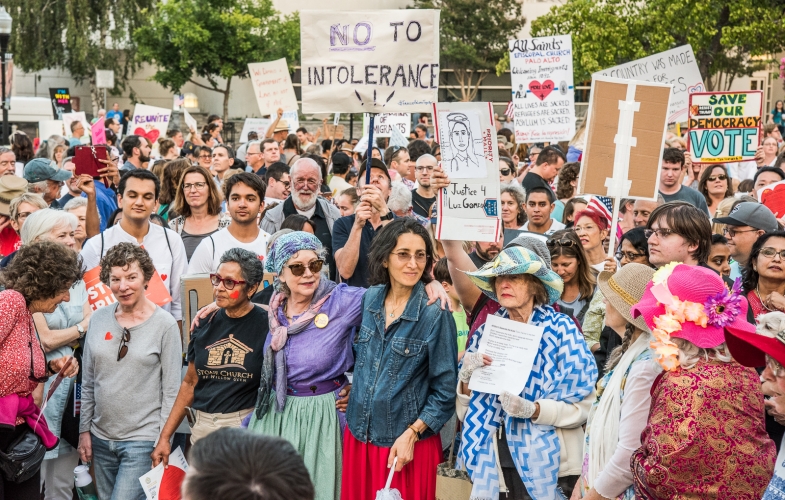 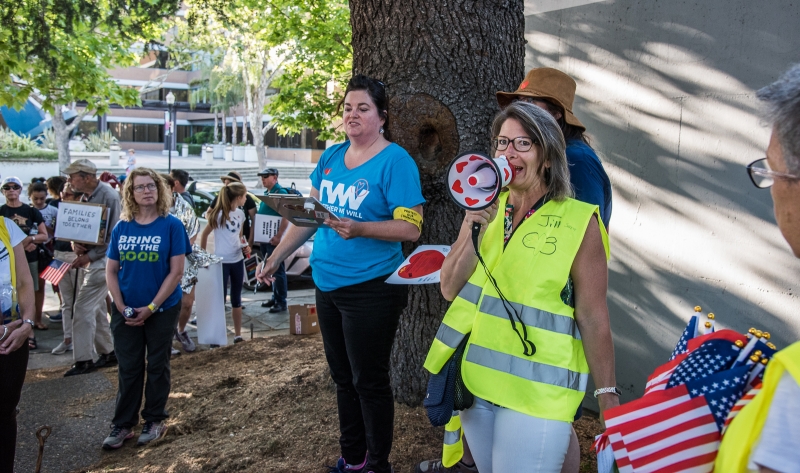 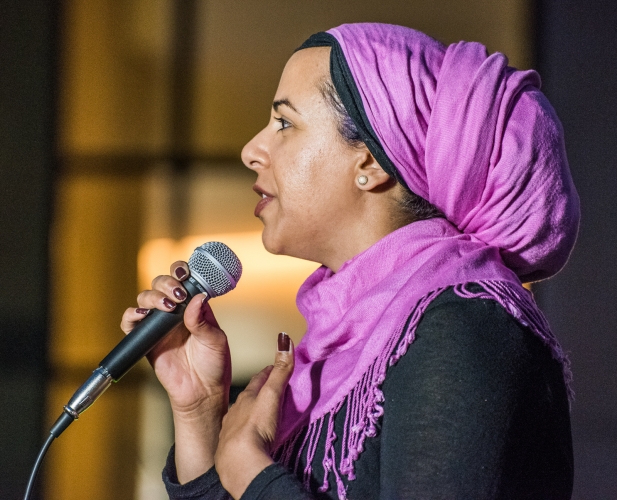 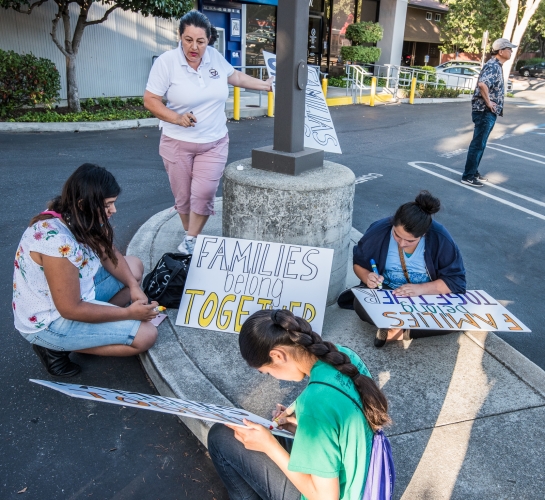 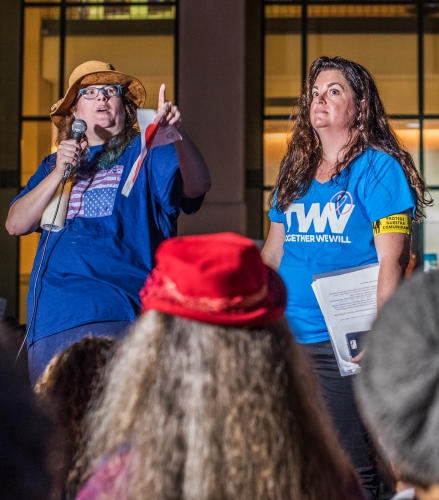 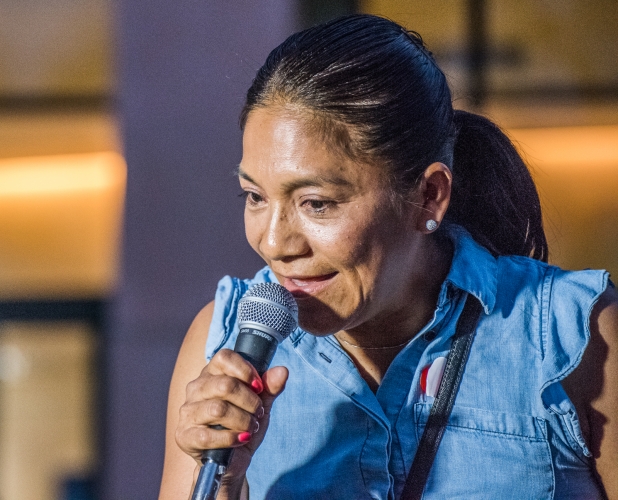 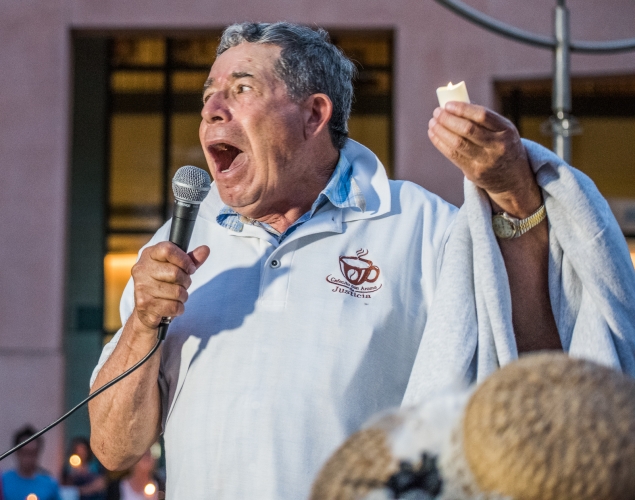 original image (1600x1258)
§Along the stairs at City Hall, Looking down on the plaza filled with thousands
by Text Gigi/Photos Chris Cassell Sunday Jul 1st, 2018 7:28 PM 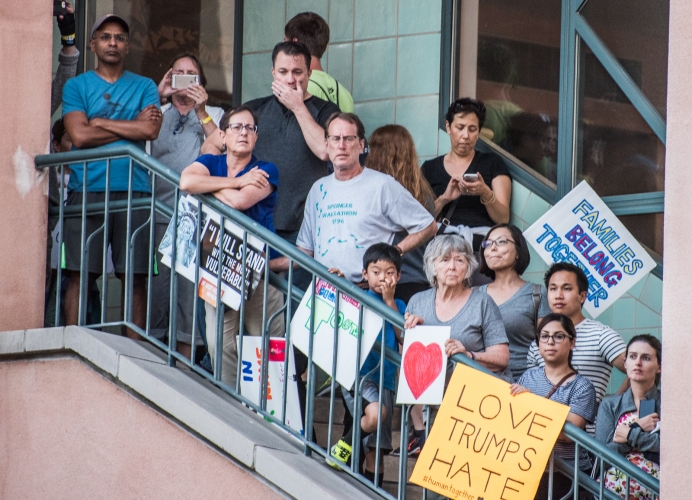 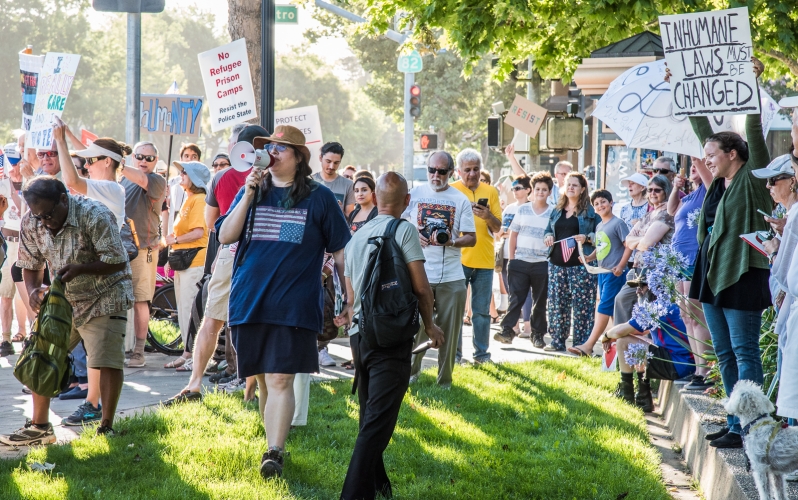 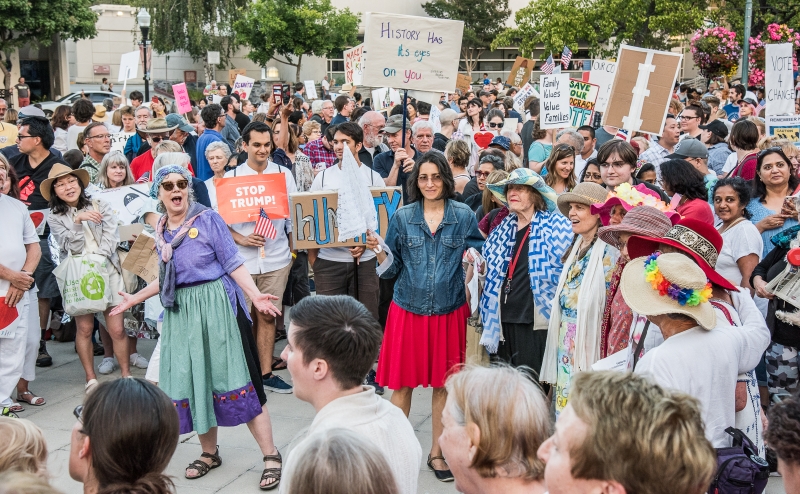 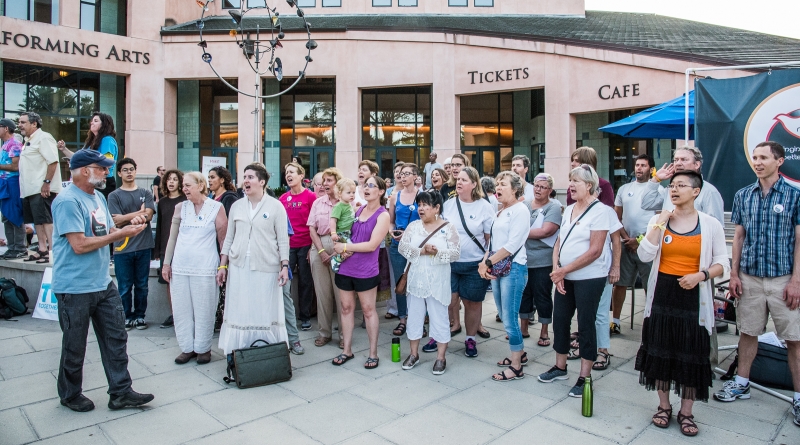 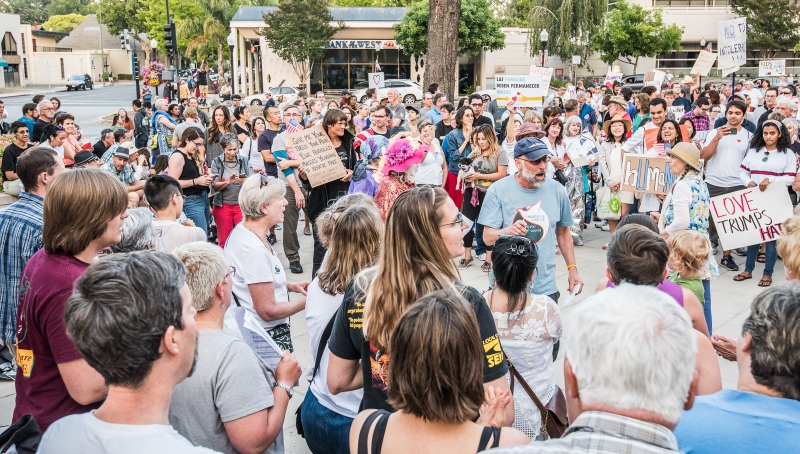 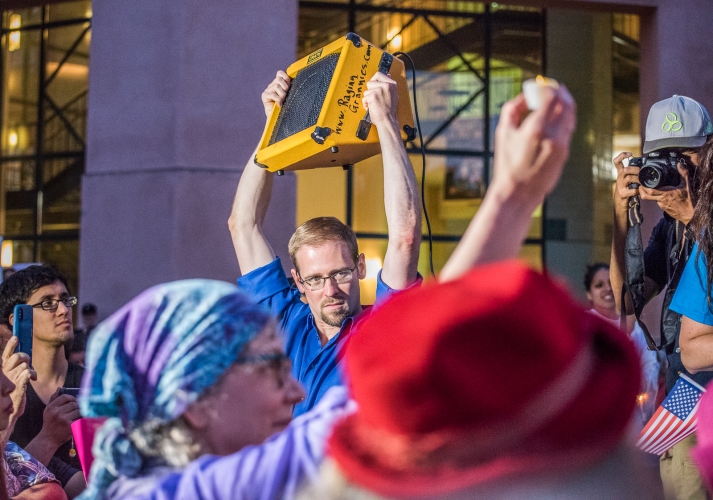 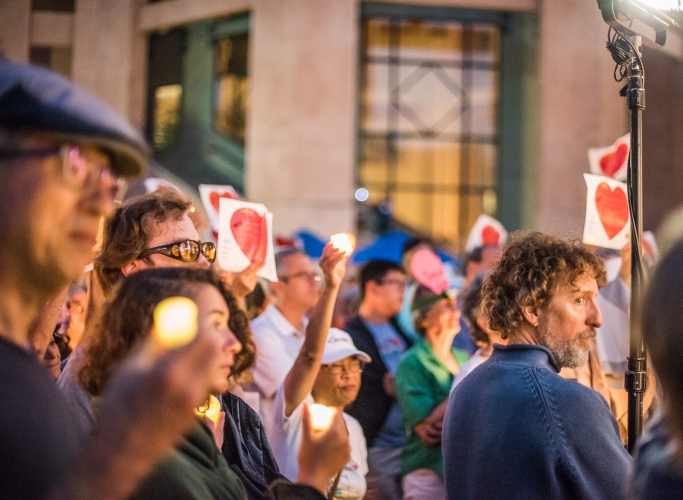 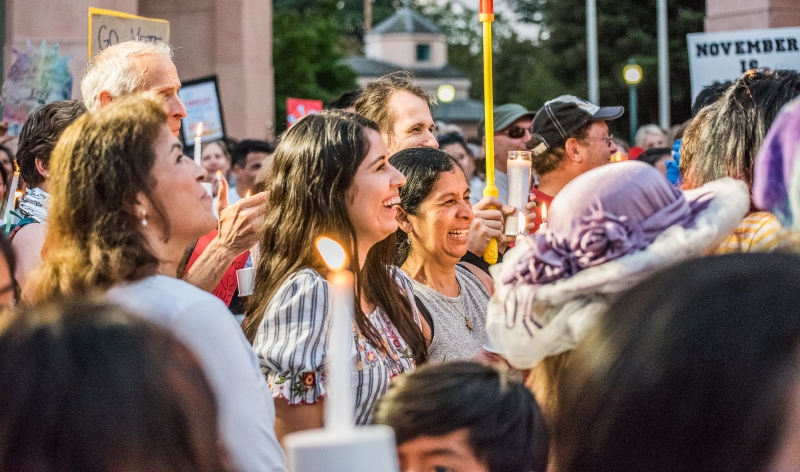 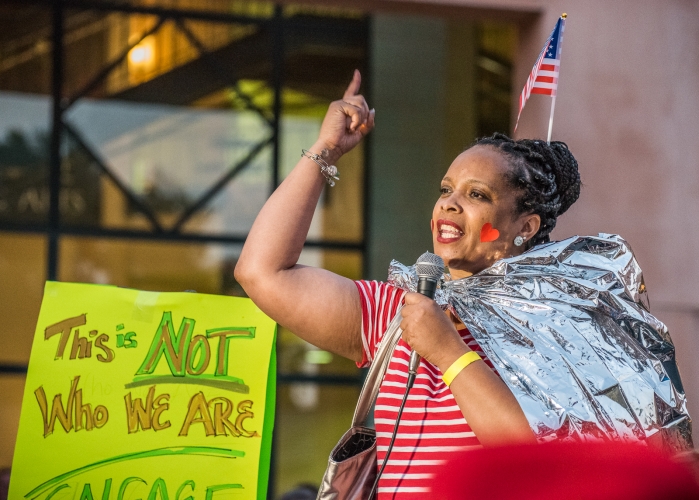 original image (1600x1144)
Add Your Comments
Support Independent Media
We are 100% volunteer and depend on your participation to sustain our efforts!