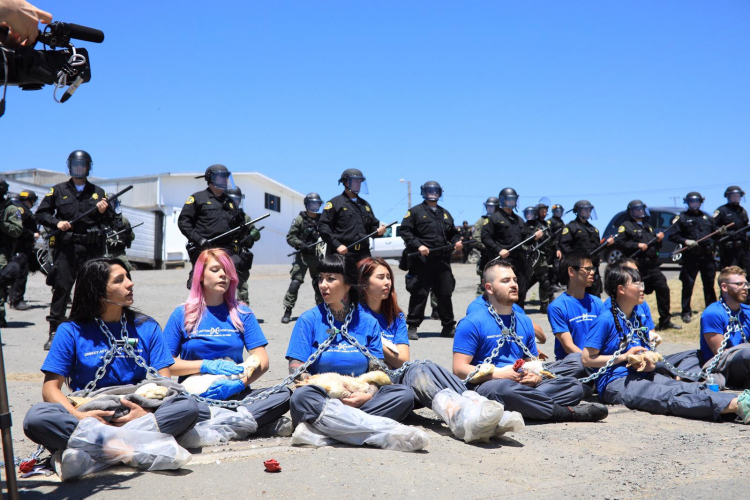 Over 600 activists with the animal rights network Direct Action Everywhere (DxE) occupied Reichardt Duck Farm, a massive duck slaughterhouse on June 3. More than 75 were arrested, including the group’s co-founder, Wayne Hsiung, who has now accumulated 17 felony charges in Sonoma county and around the country in an effort to defend the legal right to rescue animals in court. Many of the arrestees locked their necks to the slaughterhouse shackles, gate, and other machinery. Activists also removed 32 ducklings and rushed them to emergency veterinary treatment. They will then be transported to farm animal sanctuaries for lifelong care.

The facility, which slaughters over 1 million ducks annually, has been the subject of numerous reports of animal cruelty, including birds with gaping wounds collapsed on the wire floor. Despite these complaints — and damning opinions by a prominent veterinarian and a former federal prosecutor — local authorities have failed to take action against the company. The activists, who donned veterinarian-approved biosecurity gear as they entered the facility to give aid to sick and injured animals, say their actions are a necessary response to a pattern of corporate and government misconduct.

“The conditions are not normal, accepted industry practice,” said former assistant US Attorney Bonnie Klapper, who reviewed undercover footage and veterinarian reports regarding the facility, said. “There is evidence of severe neglect and lack of treatment rising to the level of animal cruelty.”

One activist, Thomas Chiang, was dragged by his neck when a slaughterhouse employee turned on the machinery while he was locked to it. An ambulance was called and Chiang was taken away on a stretcher. He was treated for nerve damage and severe pain and released.

In the past year, dozens of activists have been arrested and charged in relation to nonviolent animal rights activism in Sonoma County. The activists say the prosecutions, which have been pushed by elected officials who take donations from agribusiness interests, are examples of the improper use of government resources to defend corporate interests. Now both a prominent criminal law scholar, UC Hastings scholar Hadar Aviram, and former federal prosecutor agree. (LEGAL OPINION)

“The government is protecting powerful corporate interests, even where those companies are engaged in unlawful, fraudulent, and tortuous practices,” DxE co-founder and former law professor Wayne Hsiung, a defendant in the Petaluma Poultry case who also faced felony arrest Monday, said. “We’re merely asking the elected officials in Sonoma County to enforce the law -- including against animal-abusing corporations.”

According to DxE, the undue influence of animal agriculture has led to lax regulation, the non-enforcement of animal cruelty laws, and the criminalization of acts of compassion towards animals. Now, activists say, a grassroots movement is rising to challenge that abuse.
https://www.directactioneverywhere.com/
§Activist chained holding dead duck
by DxE Thursday Jun 13th, 2019 3:41 PM 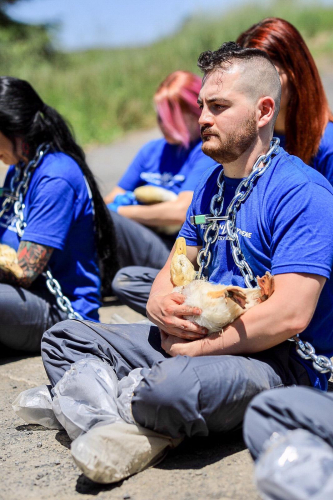 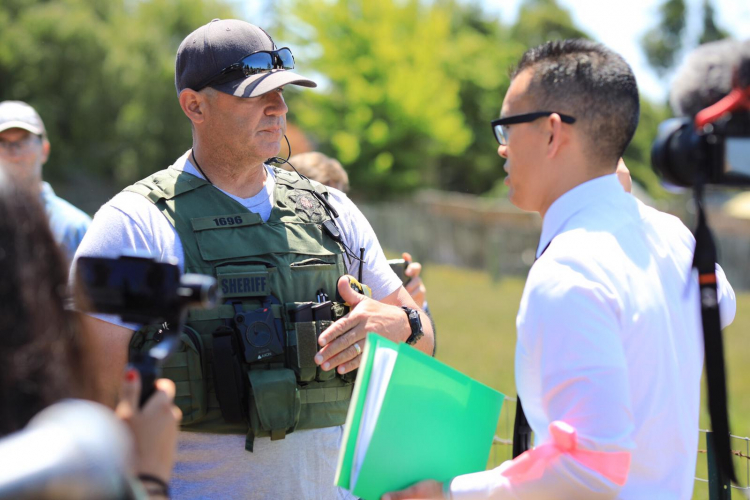 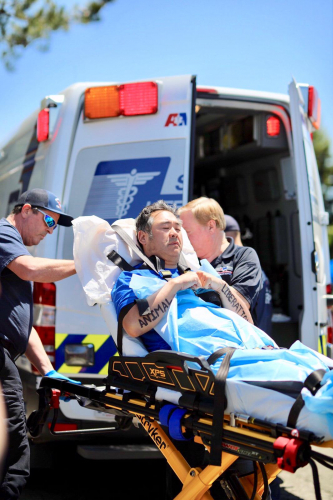 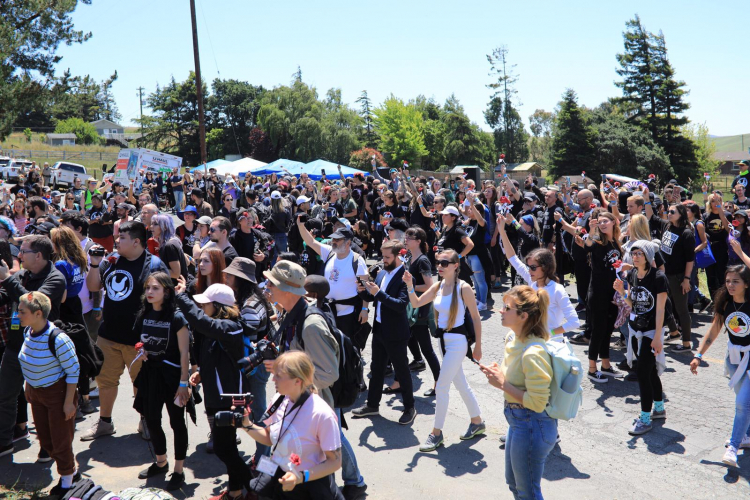 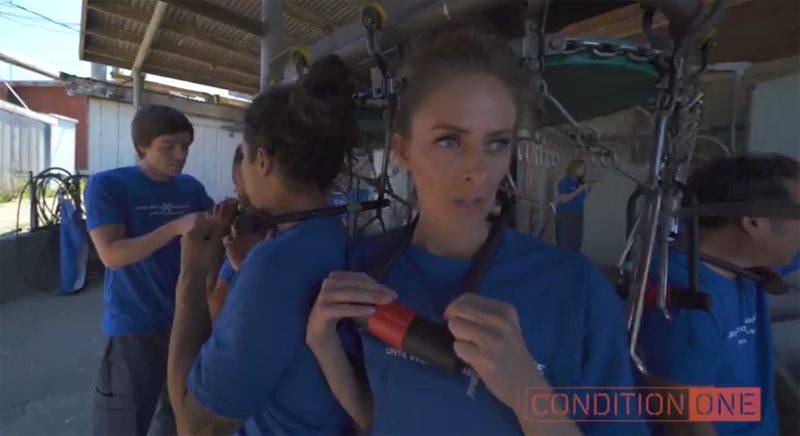 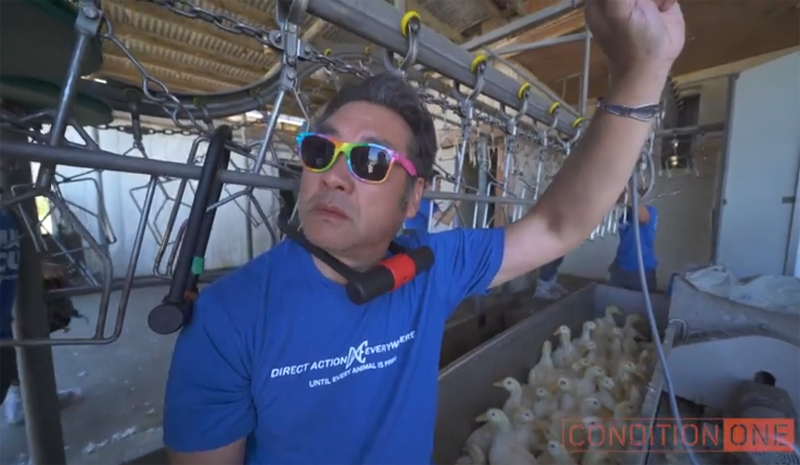 original image (1600x931)
Screenshot from Condition One video.
https://www.directactioneverywhere.com/
Add Your Comments
Support Independent Media
We are 100% volunteer and depend on your participation to sustain our efforts!