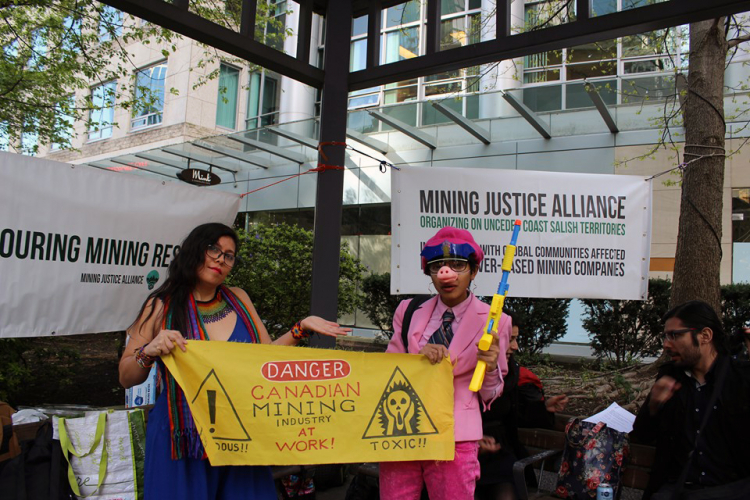 original image (960x640)
On May 1 in the Mining Company district in downtown Vancouver, the Mining Justice Alliance and the Students for Mining Justice from UBC, organized the second annual Mining Resistors Gala Awards which took place at the same time as the annual Mining Gala, where mining corporations gather and acknowledge and award each other. Canada is global mining leader throughout the world, and Vancouver is one of the country’s locations of a large number of head offices of the mining corporations. The Mining Resistors Gala Awards acknowledges all the work being done by communities around the world to resist Canadian mining projects and brings to focus the actions of these corporations back to their home city.