Add an Event
Newswire
Calendar
Features
Home
Donate
From the Open-Publishing Calendar
From the Open-Publishing Newswire
Indybay Feature
Publish to Newswire
Add an Event
Related Categories: Santa Cruz Indymedia | Health, Housing & Public Services
Santa Cruz Police Officer Chris Galli Uses Racist Term to Describe Homeless Man
by Peter Green
Thursday Jan 24th, 2019 2:20 PM
Officer Chris Galli of the Santa Cruz Police Department used a racist term today on social media to describe his experience with a local homeless man. Posting as "Chris Meriekuh" in the Facebook comments section of a local hate blog, Officer Galli referred to a homeless man as a "dindunuffin", a common racist term used by law enforcement officers to describe arrestees of color who claim to be innocent. The comment was directed at Michael Sweatt, a homeless man of color who was recently interviewed by KION 5/46 for a news article on the Gateway Plaza homeless encampment in Santa Cruz. 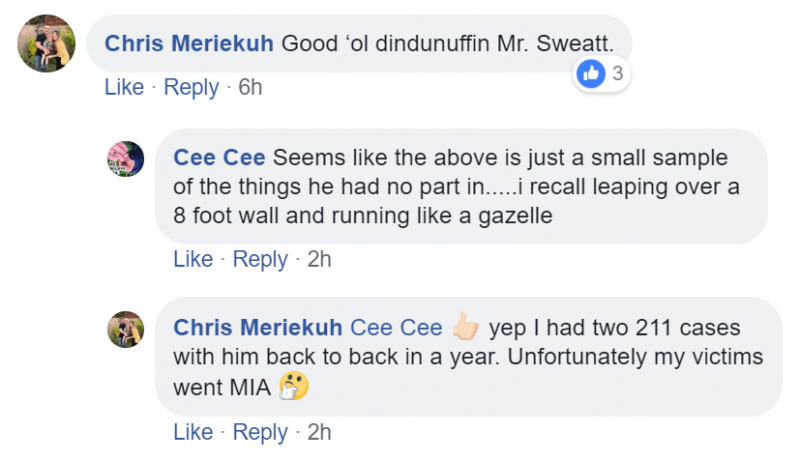 original image (827x476)
In the KION article, Michael Sweatt said he was thankful for what the city had done to facilitate the Gateway Plaza homeless camp. Sweatt was quoted by KION as saying: "There's a lot of people that don't care for people here because they associate us with things that happen amongst us, like overdoses so now this is a drug area. It's a bunch of heroin addicts, there's a few bad apples here and there, but you know you have to deal with that."

Following the publication of the KION article, individuals looked into Sweatt's background and publicized a mugshot of his that was available online. One hate blogger who posts anonymously as "Big Joe" on the Facebook page "Santa Cruz, CA: Keepin' It Real" was among those who posted about Sweatt. "Big Joe" is a "public safety" advocate who posts one sided accounts of court cases. He also describes himself as a member of the Santa Cruz County Grand Jury during the time the needle exchange was investigated.

An unidentified individual named "Cee Cee", who may also be a law enforcement officer, responded to Officer's Galli's racist remark by saying: "Seems like the above is just a small sample of the things he had no part in.....i recall leaping over a 8 foot wall and running like a gazelle."

Officer Galli's next reply included bold, unsubstantiated claims about Sweatt's criminal history: "I had two 211 cases with him back to back in a year. Unfortunately my victims went MIA."

At the time of publication of this article, Officer Galli's racist comment still had not been removed from the Santa Cruz, CA: Keepin' It Real blog.

If anyone can identify who "Cee Cee" is, please do so here in the comments section of this article.

Information about the process of filing complaints with the Santa Cruz Police Department about Officer Chirs Galli's racist comment can be found at the following link: http://www.cityofsantacruz.com/government/city-departments/police/how-do-i/obtain-a-citizen-comment-form 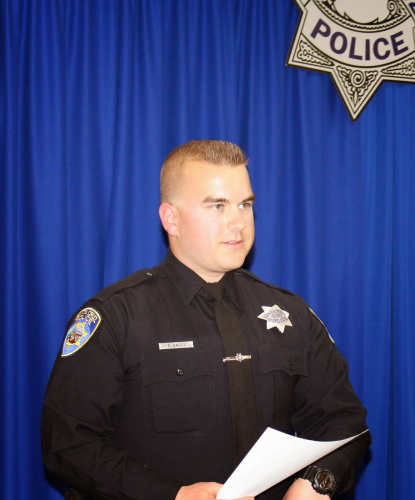 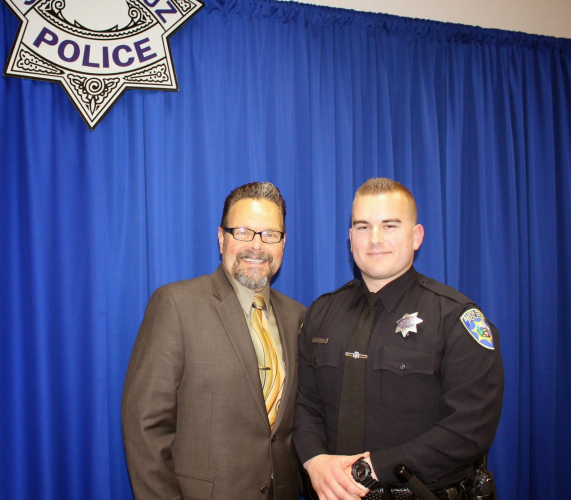 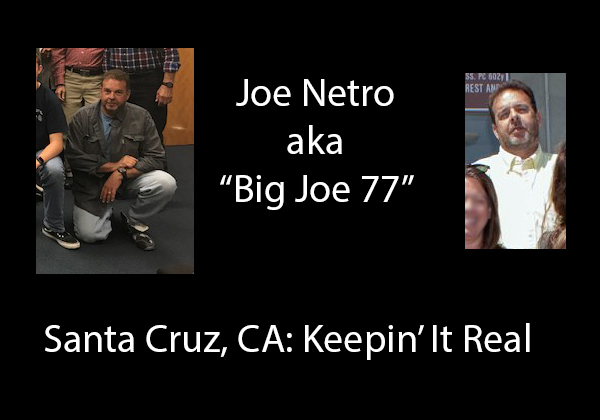 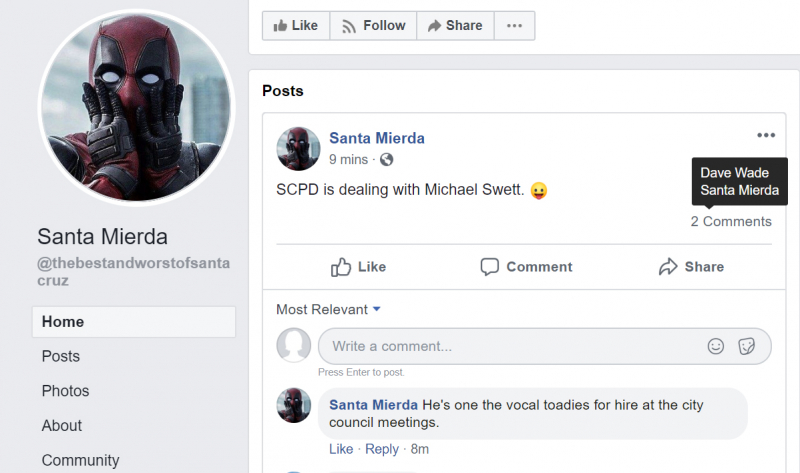 original image (1198x709)
As a person living in the Gateway Plaza/Ross homeless encampment, Sweatt has also been a target of Steve Schlicht, who publishes the Santa Mierda anti-homeless hate blog. Today, Schlicht called Sweatt one of the, "vocal toadies for hire," claiming without any evidence provided that camp residents are being paid by homeless advocates to speak positively about the camp. The accusation and name calling take on a racist tone, especially in the context of the comment Officer Chris Galli made about him. Schlicht has called the internal affairs investigation into Galli, "fake news".
Add Your Comments 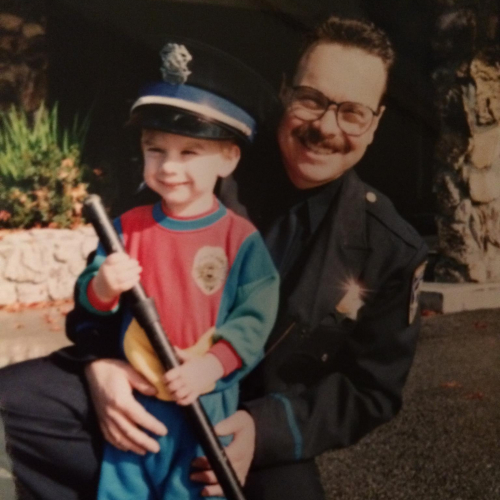 original image (1536x1536)
Like father like son?
Add a Comment
§PROVE that "dindunuffin" is necessarily racist.
by Author
Friday Jan 25th, 2019 7:08 AM
Certain terms are used only in reference to a particular race and so can be called "racist".

But can you PROVE that "dindunuffin" is only ever used about a single race? Can you prove that the officer wasn't using a term that's critical of anyone who denies responsibility for their criminal activity despite obvious guilt? That's certainly a dynamic that police encounter constantly, and is an understandable irritant and worthy of their criticism.


Add a Comment
§Speculation
by A.K
Sunday Jan 27th, 2019 8:41 PM
Just an observation based on name, there is an officer Cecena, Karina #121 on the force (Ce-Ce) ?
Add a Comment
§Seems pretty racist to me....
by Un Sandinista
Wednesday Jan 30th, 2019 1:30 PM
A quick Google search indicates its derogatory and meant specifically for African Americans. The term originated among law enforcement to describe Black Lives Matter activists and the rebellions that occurred in 2014-15.

From Knowyourmeme: Dindu Nuffin is a pejorative term that originated on /pol/ to mock and criticize black people during the numerous riots throughout 2014 and 2015.

So, yeah, considering Mr. Sweatt is a black man, this seems pretty racist to me.
Add a Comment
§Steve Schlicht's "toadies" post is gone now
by Peter Green
Thursday Apr 11th, 2019 6:37 PM
It was probably just another in a long line of false, discriminatory rumors Schlicht has passed on through Santa Mierda.
Add a Comment
Support Independent Media
We are 100% volunteer and depend on your participation to sustain our efforts!