What are you going to do, Oakland, when Kamala Harris sets up shop in our town to push her phony "progressive prosecutor" schtick? Her campaign slogan at this point is "Kamala Harris for the People," but we know she is anything but a candidate for the people, all of the people, those who lost their homes to predatory banks, for instance. She claims to be "tough, principled, fearless," but we know none of that is true. She's certainly not tough on the wealthy and powerful. She's just another ambitious corpocrat trying to pretend she's further to the left than she's ever actually been.

She's pitching herself as "a lifelong public safety and civil rights leader" and it's time we stand up to say, "hell no." Jailing people of color does not equal public safety and prosecutors violating defendants' rights is not civil rights. Among the early staff members she has chosen include her sister Maya Harris, who was a senior adviser to Hillary Clinton's 2016 campaign. We don't need any more establishment democrats, and definitely not in prosecutor's clothing.

Her main campaign headquarters will be in Baltimore, but her West Coast operations will be run out of Oakland. Let's literally run her out of Oakland by not letting her peddle her lies here unchallenged. She doesn't get to claim her record has been "taking on the Wall Street Banks for middle-class homeowners" without being mocked in public.

This is not a listing for an organized protest at the campaign kick-off rally, but a call for concerned citizens and organizations to make plans to resist her campaign, starting at the very first event. Bare minimum, show up on January 27 with signs and literature to let Kamala stans know how unacceptable this cop is as a presidential candidate. Let her followers on social media know the truth when she spews lies.

When you see photographs of Harris laughing, remember she's laughing at you, especially if you fall for her liberal claptrap.

Kamala Harris: can a 'top cop' win over progressives in 2020?
https://www.theguardian.com/us-news/2019/jan/19/kamala-harris-2020-election-top-cop-prosecutor 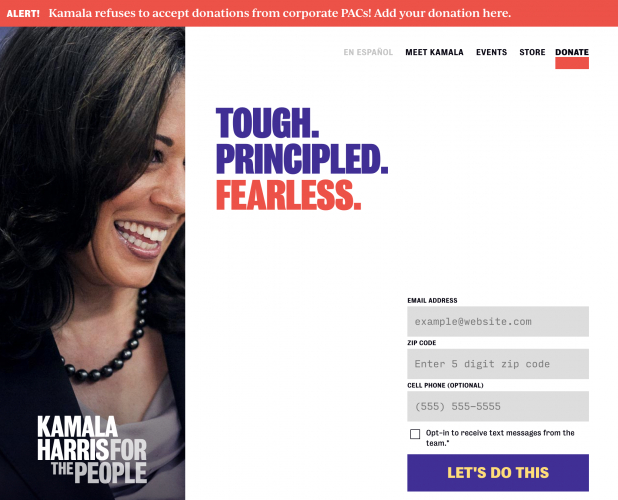 original image (2042x1650)
Add Your Comments
Latest Comments
Listed below are the latest comments about this post.
These comments are submitted anonymously by website visitors.
TITLE
AUTHOR
DATE
street closures
guelo
Kamala Harris is Staunch AIPAC Supporter Too
Register Peace & Freedom or Green
Support Independent Media
We are 100% volunteer and depend on your participation to sustain our efforts!