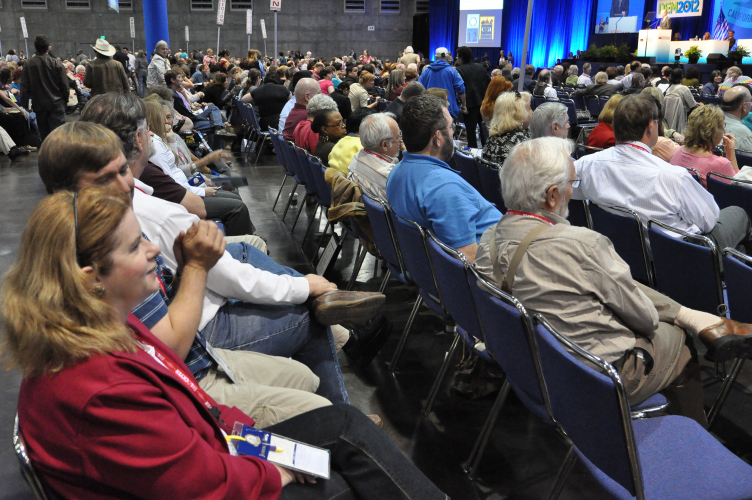 original image (4288x2848)
Apparently not satisfied with having inflicted Trump on the nation by their inside job sabotage of the real progressive in the 2016 Democratic primaries, the Clinton Wall Street Democrats are misrepresenting themselves as the voice of a “united” Democratic party.

Specifically, in the upcoming delegate elections to the CA Democratic Party Convention they have put forth candidate slates with names sprinkled with the word “united”. In fact, Assembly Speaker Rendon, the one who scuttled SB 562, California’s single payer bill, has asked electeds to only endorse “centrist” candidates.

The old guard who brought us the disastrous Clinton campaign and seem determined to snatch defeat out of the jaws of a real possible victory in 2020, want us ignore the true progressives.

These progressives support Bernie Sanders and Elizabeth Warren, the ones who have been doing the heavy lifting against Trump as opposed to, for instance, Joe Biden, who looks like he considers himself entitled to simply parachute into the 2020 presidential campaign after having done nothing since the election. Let us recall that it was Joe Biden who presented George Bush with the “Liberty” medal in 2018.

On Saturday, January 26, Democrats in Assembly District 10 representing Marin and Sonoma Counties will be able to vote for the true progressive slate that includes veterans of Norman Solomon’s 2012 congressional primary campaign like Norman himself, Ruth Carter, Alice Chan and Ralph Miller.

By voting the Progressive slate, Democrats will be able to repudiate the recently manufactured and fraudulently named Democrats “United” slate that claims to be diverse but contains only Clinton supporters. This slate, in its “pledges”, does not even mention America’s crushing college education debt burden let alone the free higher education that most advanced countries provide. The so called “United” slate is the warmed over Clinton campaign that chases Wall Street money, turns its back on Main Street and will bring us the same disaster it brought us in 2016.