Time is Right for Return to All Volunteer Needle Exchange 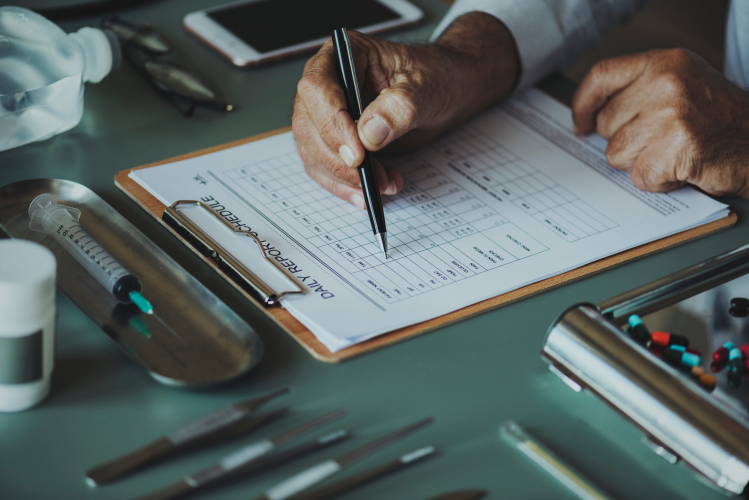 original image (2500x1667)
As you many in this community know, our local all-volunteer needle exchange was forced to close due to pressure from conservative neighborhood groups. Much of their success in this regard was attributable to a general "needle hysteria" which was based upon emotion and uninformed opinion concerning the public health benefits of open syringe access. The article which I published at the time calling for the return to a community-wide, all volunteer needle exchange was grounded in thoroughly documented and well respected authority. Recently, it has been reported that improperly discarded needles continue to be found in our parks, beaches and open spaces despite representations by our Health Services Agency that the county program is collecting more needles than it distributes. Indeed, I accept the fact that both these reports are true to the extent that they show a gap in the syringe exchange process that is not serving the community as well as many might like. In my view, it is time to revisit the concept of a community-wide, all-volunteer needle exchange that operated in our county from 2009 to 2013. Again, I restate my reasoning and statistical basis for this suggestion.

Many residents of Santa Cruz have expressed doubts about the public health benefits of needle exchange (NE) and, to a large extent, a dispassionate analysis of those benefits has been subsumed by an overriding public safety concern. That concern is primarily based upon the belief that a proliferation of discarded contaminated syringes or “needle litter” constitutes a real and present threat to the public health and welfare of our community. I think we can all agree that we don’t want discarded needles turning up on our beaches or in our parks and playgrounds. And surely, no one can dispute that even one accidental needle stick is one too many. But in my opinion, a well run and efficient NE would not only serve the interest of public health, it would also effectively reduce the number of used syringes that are present in public spaces. Indeed, the best way to reduce needle litter is at the source.

Syringe Exchange Programs (SEP) operate with the primary goal of providing injection drug users (IDUs) with new, sterile injection equipment as a means of reducing the spread of blood-borne viruses and or injection-related infections. But perhaps just as importantly, SEPs have increasingly placed emphasis on simultaneously removing used injection equipment from circulation through a process of exchanging old syringes for new ones. In my view, both are valid and essential goals. I have long advocated for a Needle Litter Abatement Program which could track the distribution of clean syringes and provide cash incentives for the collection of used, contaminated needles. This is both possible and practical and is lacking only the commitment by public officials to directly address the concerns of our community. One of the primary obstacles to establishment of a county-wide SEP is that many members of our community doubt the veracity of studies that show a decrease in the infection rate among IDUs as a direct result of SEPs and I will not debate that point here. However, widely accepted studies show the presence of a syringe services program is associated with a sharp decrease in improperly discarded syringes and that is the salient point that this comment is intended to address.

A 2011 study compared syringe disposal practices in San Francisco, a city that has a Syringe Service Program to Miami, a city that does not. This study found that in Miami 95 percent of syringes were inappropriately discarded as compared to San Francisco where they found 13 percent of syringes inappropriately discarded. In Santa Cruz the numbers are even more compelling. Between March 2016 and February 2017, the needle exchange program operated by the Santa Cruz County Health Services Agency (HSA) distributed approximately 340,000 syringes but only directly collected 331,00 of that number. Balance this statement against the report published by the Needle Solutions Team of Take Back Santa Cruz which reported that it had continues to collect hundreds of syringes monthly and has collected nearly 12,000 in the past four (4) years beginning in 2013. Note that these dates coincide with the timeline when operation of our local SEP was wrested away from all-volunteer, county-wide Santa Cruz Syringe Access Program and ceded to HSA .

Now consider this: During the period of its operation, statistics compiled at the source showed that fewer than .05 percent of all syringes distributed by Santa Cruz Syringe Access were inappropriately discarded. That's right. One half of one percent. Why? Because responsible needle collection was as important to their mission as the public health benefits of providing clean syringes. In point of fact, the closure of the all-volunteer syringe exchange program which operated exchange sites at Barson and Bixby, the Emeline Complex as well as satellite exchanges in Watsonville and Home Delivery Services did not lessened the amount of injection drug use in that part of Santa Cruz as some community members had envisioned. Its real net effect was to reduce the number of opportunities and locations where sharps could be properly disposed of. The unintended consequence of this closure was that there are now more improperly discarded syringes in public spaces, not less.

But perhaps more importantly, Santa Cruz Syringe Access volunteers were trained Community Health Outreach workers who not only collected used needles in biohazard containers and took the equivalent of an oil drum filled with used needles every week for disposal, they also conducted life saving Narcan opioid overdose trainings and advocated at the street level for addiction alternatives. https://www.indybay.org/newsitems/2017/08/05/18801244.php?fbclid=IwAR1HDsNbS3vxdmNqjkIhrq52iYycMwVT_ZdTAJZCV7S2Cd-V-VWTVGZIaks
These volunteer community members provided a life-saving service to the Santa Cruz community by working to improve the health and wellness of drug users along while simultaneously ensuring that syringes were properly disposed of and did not pose a health risk to the community.

As I have in the past, I will leave you with one final statistic. During the years that the Satellite Exchange Program was operated by the Santa Cruz AIDS Project (a Harm Reduction Program for which I wrote and secured grant funding), it distributed 320,000 syringes per year. And yet, because they were efficient, professional and responsible and operated several different exchanges sites in Santa Cruz, including sites in the urban core, there were NO REPORTED INSTANCES of significant needle litter during any of their years of operation.

This leaves us as a community with one inescapable conclusion: An efficient, all-volunteer, community-wide needle exchange program with complete statistical transparency and full accountability to the public should not pose a problem for Santa Cruz. In fact, it can be the solution.

Add Your Comments
Comments (Hide Comments)
§Questions
by Robert Norse (rnorse3 [at] hotmail.com)
Thanks, Steve, for this article.

I hope you can expand in your advocacy to include Injection Center advocacy. Clean needle programs began illegally; it may be that Injection Centers need similarly courageous activists taking action (including but extending beyond rhetoric).

In order to clarify (and hopefully buttress) your arguments, I have a few questions.

Regarding the 2011 study comparing syringe disposal practices in San Francisco, a city that has a Syringe Service Program to Miami, a city that does not, which found that in Miami 95 percent of syringes were inappropriately discarded as compared to San Francisco where they found 13 percent of syringes inappropriately discarded. What were the total number of needles involved in both cities?

Critics of restoring Santa Cruz City needle exchange might argue that if there was a much smaller number of total needles improperly disposed of in Miami compared to San Francisco, the blame would lie in the needle distribution--which is the argument of those critics.

Also can you clarify the significance of the Santa Cruz figures regarding HSA distribution/retrieval and the TBSC Needle Solution stats? Are there any pre-2013 stats on improper needle disposal numbers in Santa Cruz when the local program was operational?
END_OF_DOCUMENT_TOKEN_TO_BE_REPLACED
Add a Comment
Support Independent Media
We are 100% volunteer and depend on your participation to sustain our efforts!