by Steve Pleich (spleich [at] gmail.com)
Saving Lives Should Be Top Priority 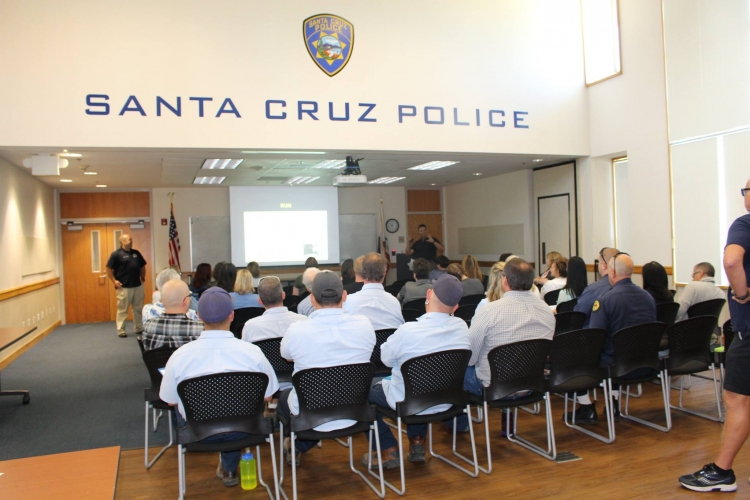 original image (2048x1365)
The plain fact that we have lost the drug war is seemingly lost on leaders of our federal Justice Department but that doesn't mean that serious and enlightened examination of the issue should not take place within our local police and sheriff's departments. Drug use, and particularly injection drug use, is a harsh reality of modern day society and our community is touched deeply by this societal stain. While calls for a new substance abuse paradigm that would elevate rehabilitation over enforcement are appropriate and timely, the overarching policy to preserve life must be the highest present priority for local law enforcement. I believe this policy can best be served by comprehensive officer training in the use and efficacy of naloxone.

The drug naloxone, (also known by the brand name, Narcan), has been a ray of light in the ongoing national struggle to curb America’s raging opiate epidemic yet remains a much debated and often contentious issue within the both the health services and law enforcement communities. The debate concerns whether greater access to this life-saving antidote, which blocks and reverses the effects of opiate drugs, really helps people with addiction to heroin and prescription painkillers. Advocates of naloxone say, and this writer agrees, that a saved life will always provide better recovery prospects than no life at all. Others worry the drug only enables substance abuse.

First, let me say that my experience is based upon three years’ service as a harm reduction outreach worker with our local all-volunteer needle exchange program which is now operated by the County Health Services Agency (HSA). From 2009 through 2011, I worked the Barson and Bixby and Emeline Complex exchange sites as a member of Street Outreach Supporters, which later became Santa Cruz Syringe Access. Our exchange offered Narcan free of charge in conjunction with a training in how to properly administer the drug. It is worth noting that while Narcan is a prescription drug, it is not a controlled substance. In my view, wider access to naloxone is a necessary element of an overall public health strategy to address runaway opioid use. Here are some reasons why.

Drug overdoses claim more lives than car accidents in the United States. 40% of people who are prescribed opiates develop opiate use disorder, and rates of overdose have doubled in the past 15 years. Naloxone is an “opioid antagonist,” meaning that it blocks the same opioid receptors in the brain that heroin and other narcotic painkillers bind to, only more rapidly. The drug takes effect within 2–3 minutes of its administration. It has virtually no potential for abuse and carries minimal to no side effects. Drug manufacturers and pharmacies have responding to the surge in public demand for naloxone. Once only available in syringe form and exclusively for emergency first responders, naloxone is now sold over-the-counter and without a prescription as a nasal spray. Most consumers do not have to pay the higher, listed prices, thanks to health insurance or discounts from manufacturers. Since its approval by the FDA in 1971, naloxone has been a safe, effective tool in the arsenal of emergency responders, saving thousands of lives from overdose. According to a report prepared by the national Center for Disease Control (CDC), between 1996 and 2014, the drug saved more than 26,000 lives.

Like many poorly understood and controversial public health issues, naloxone use is not without its critics. It is argued that a wider naloxone safety net encourages riskier drug abuse and perpetuates the addiction cycle. And to be fair, stories about injection drug users being revived by naloxone and rushed to the ER only to decline further treatment are not unusual. Many opiate users have overdosed multiple times, only to be brought back by naloxone.

But the efficacy of naloxone as both an emergency measure and a palliative is a conversation that must be had in the community at large and at the highest levels of the HSA, the Santa Cruz Police Department and the Santa Cruz Sheriff’s Department. That department particularly, may find a recent article in the San Jose Mercury News informative. The article by Associated Press and Chicago reporter Don Babwin, reported that departing at-risk inmates at the Cook County Jail were being given naloxone upon release. Cook County Jail is the largest single site jail in the United States. Sheriff Tom Dart, whose office, like our own Sheriff’s Department, runs the jail, says “addicts are most at-risk of fatally overdosing in the two weeks after getting out because of their time away while locked up. We’ve got to keep them alive (and) if we get them through that two-week window, they might get treatment, get off drugs”. Furthermore, the sheriff dismisses one of the most often raised criticisms, i.e., that by giving the kits he is coddling inmates. “(Naloxone) is just one piece of the public health effort that includes intense treatment programs to combat the epidemic. We can’t get them into treatment if they’re dead". Considering recent concerns about medical treatment generally in our local jail, Sheriff Dart’s comment are both timely and relevant.

The issues surrounding the efficacy and public policy of making naloxone and Narcan kits more readily available are not trivlal, but neither are they insurmountable. It is beyond contestation that the final and insurmountable barrier to treatment is death from overdose. More time alive for even the most hopeless of drug addicts puts recovery and their eventual consent to it within reach. And, on an issue of this scope and importance, local law enforcement’s reach must surely exceed our grasp.
§And How Many Narcan Kits?
by Steve Pleich (spleich [at] gmail.com) 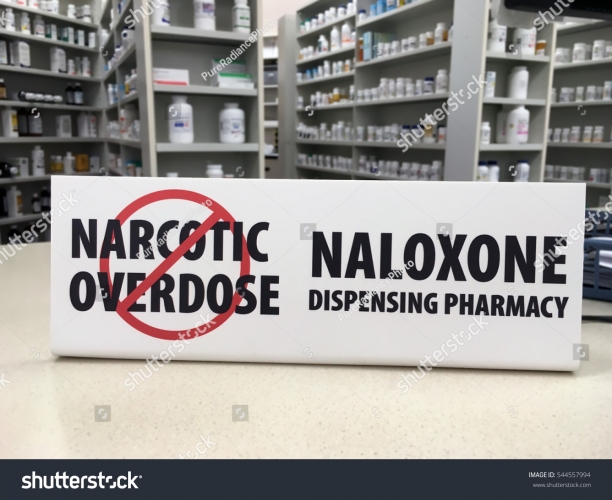 Source: Santa Cruz County Health Services Agency
Add Your Comments
Latest Comments
Listed below are the latest comments about this post.
These comments are submitted anonymously by website visitors.
TITLE
AUTHOR
DATE
Agree
Meep
Support Independent Media
We are 100% volunteer and depend on your participation to sustain our efforts!