Add an Event
Newswire
Calendar
Features
Home
Donate
From the Open-Publishing Calendar
From the Open-Publishing Newswire
Indybay Feature
Publish to Newswire
Add an Event
Related Categories: East Bay | Government & Elections | Health, Housing & Public Services
Libby Schaaf Roundly Booed Over Handling of Housing Issues at First Oakland Mayoral Debate
by Dave Id
Tuesday Nov 6th, 2018 2:37 PM
The first Oakland mayoral debate of the 2018 election was sponsored by the Alameda County Democratic Party on August 23. Cat Brooks was widely viewed as the winner, with her command of the issues and passionate advocacy for a more just Oakland. Pamela Price and Saied Karamooz made strong showings as well. Libby Schaaf was defensive and tense, as she was in later debates. Schaaf eventually stopped attending candidate forums. (Full debate audio below.)
Copy the code below to embed this movie into a web page:
Download Video (4.0MB) | Embed Video
(Video from ACDems. :15)


When Schaaf claimed to be as furious and outraged about homelessness as any other candidate, a large portion of the audience laughed, hissed, and booed. Schaaf then snarled, "You can all rip on the Tuff Sheds program all you want!" 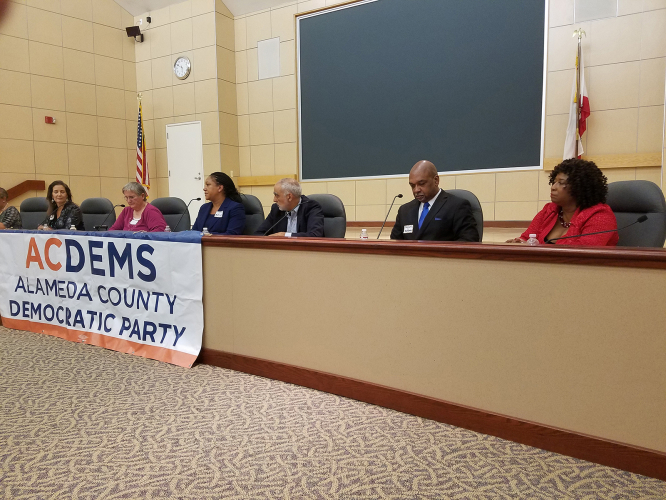 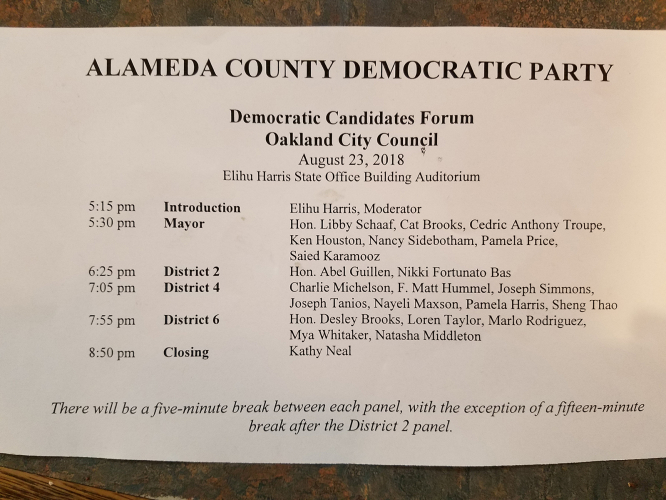 "Better than Hitler" is hardly a ringing endorsement.
Add Your Comments