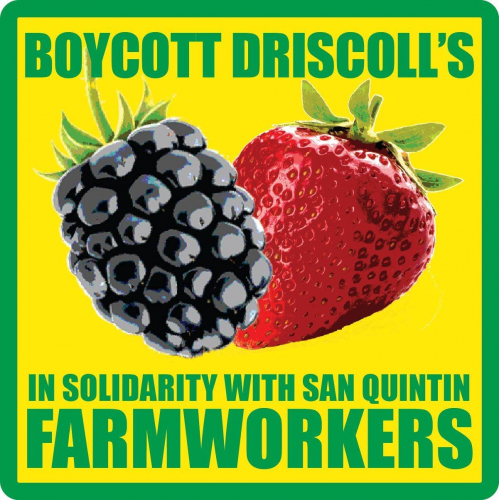 original image (1201x1201)
On October 5, 2018, Steve Zeltzer discussed the Boycott Driscoll's movement on KPFA's Full Circle, a cultural affairs radio magazine. Mari Nakagawa interviewed Steve Zeltzer about a range of topics, including the history of the boycott against Driscoll's, the September 29th day of action, and the living, working, and health conditions of the farmworkers in San Quintín, Baja California. They also spoke about NAFTA and "NAFTA 2.0", the struggle of independent unions in Mexico, and the privatization of land and services by multinational corporations.

Full Circle has brought stories of the Salinas library sit-in, the Block the Boat movement, the Oscar Grant Rally, and the ongoing challenges faced by people of color.