Add an Event
Newswire
Calendar
Features
Home
Donate
From the Open-Publishing Calendar
From the Open-Publishing Newswire
Indybay Feature
Publish to Newswire
Add an Event
Related Categories: San Francisco | Immigrant Rights
San Francisco police raid Occupy ICE SF on behalf of the immigrant deportation machine
by Chinga La Migra
Monday Jul 9th, 2018 12:01 PM
On July 2, a Block ICE demonstration in front of the US Citizenship and Immigration Services building in San Francisco became a round-the-clock occupation when tents went up in front of the vehicular gate. For nearly a week, the building was unable to physically process immigrants for deportation from Northern California... until SFPD raided the encampment and arrested 39 occupiers in the dead of night on July 9. 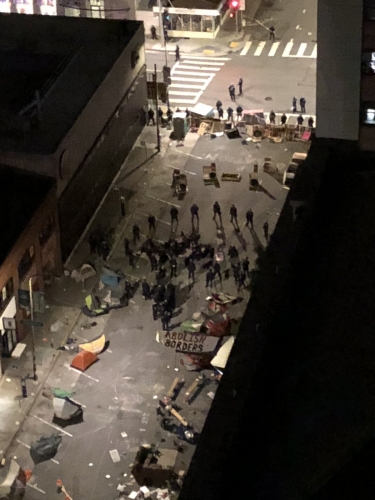 
Hearings for detained immigrants are held in the building, often via Skype, for those locked up in Richmond, Bakersfield, and other California jails that work in collaboration with ICE. Those set to be deported are physically processed through the facility, with buses transporting immigrants through its gate.

That is, until San Francisco police moved in shortly after midnight on July 9, arrested occupiers, injuring many, and cleared the way for ICE to continue deporting immigrants from Northern California.

Resistance to ICE in San Francisco will persist despite the raid. An already-scheduled protest was held at Salesforce this morning, and another is planned for the San Francisco Board of Supervisors meeting on Tuesday, July 10. More will certainly follow. 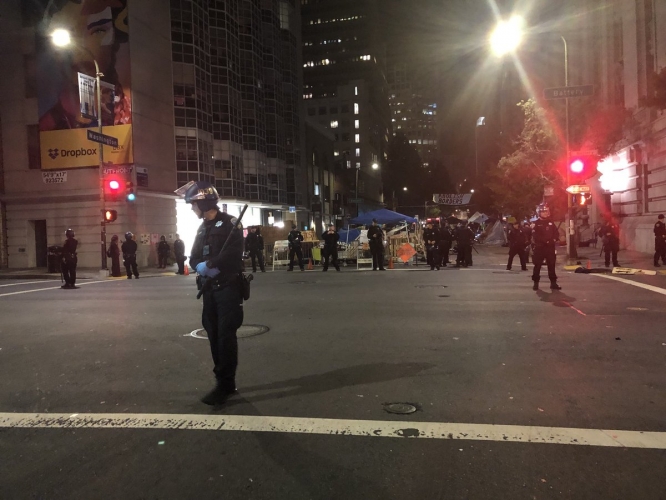 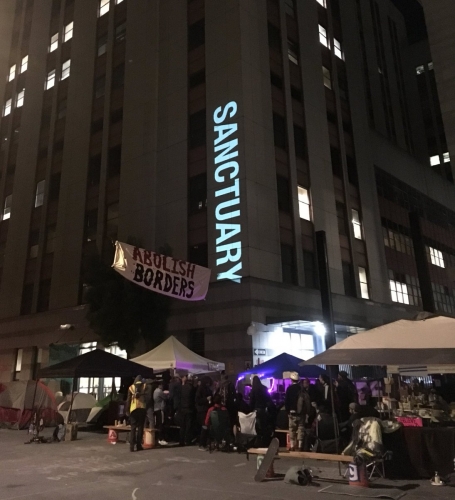 https://www.indybay.org/newsitems/2018/07/...
Add Your Comments
LATEST COMMENTS ABOUT THIS ARTICLE
Listed below are the latest comments about this post.
These comments are submitted anonymously by website visitors.