Add an Event
Newswire
Calendar
Features
Home
Donate
From the Open-Publishing Calendar
From the Open-Publishing Newswire
Indybay Feature
Publish to Newswire
Add an Event
Related Categories: East Bay | Government & Elections | Health, Housing & Public Services | Police State & Prisons | Racial Justice
City of Oakland Continues to Evict Residents from Largest Encampment at Northgate
by Dave Id
Monday May 28th, 2018 1:51 PM
Oakland threatened to evict most if not all of the houseless residents from the city's largest encampment at Northgate Avenue and 27th Street on May 8, posting notices in multiple areas of the encampment. Community members raised the alarm and spread the word about the mass evictions. Instead of breaking up the entire Northgate encampment as expected, the city has proceeded to evict residents piecemeal. 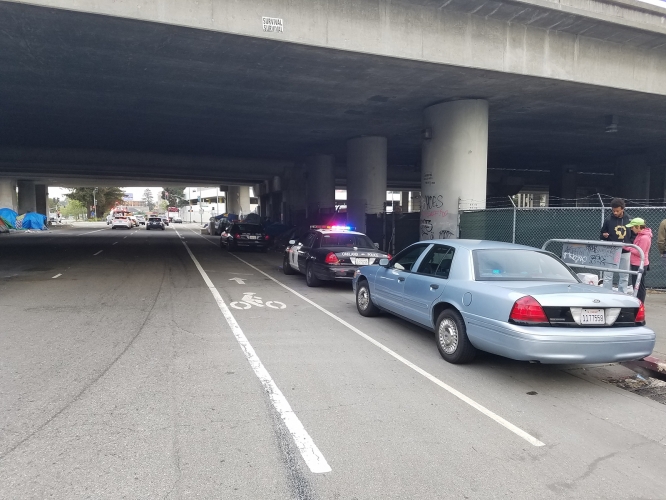 
Early in the morning on May 8, two dozen folks showed up in a support capacity and the city scaled back its posted eviction ambitions, clearing just the sidewalk closest to the Tuff Sheds on 27th Street, evicting residents of about six tents. Other residents in the area were spared for the time being.

Exactly two weeks later, on May 22, the city returned to evict residents of another roughly 16 tents on the median of 27th Street at Northgate. Again, community showed up to support residents, offering any needed transportation, helping to move and save possessions from the Department of Public Works garbage truck, as well as providing breakfast, coffee, and water. Residents say that police deescalate overtly hostile and abusive actions toward the unhoused when witnesses are present.

The city touts their sanctioned Tuff Shed areas as a temporary solution to the homeless crisis in Oakland, but Oakland officials greatly oversell the benefits of the sheds. The number of sheds are grossly inadequate for the large populations of folks displaced by Oakland police in the areas where the sheds go up, not to mention folks continually rousted from areas not even close to the shed areas.

For the few who make it into one, life in the shed areas can be difficult. The first sanctioned shed area at Castro and 5th Streets, managed by Operation Dignity under a contract worth hundreds of thousands of dollars, is seriously problematic for those who live there. Community housing activists say Tuff Shed residents are regularly left without water and food. Sometimes electricity or food is denied as collective punishment.

It appears that some folks have chosen to move into the new Northgate Tuff Sheds as of this writing, but the sheds at this location only accommodate 40 people maximum, if folks double up, while up to 100 people reside in the area of the Northgate encampment. The city has no comprehensive housing plan.

When the next Northgate evictions are set to happen has not yet been announced by city staff, but residents live in a constant state of anxiety as to when the city will next demand they pack up and move once again. 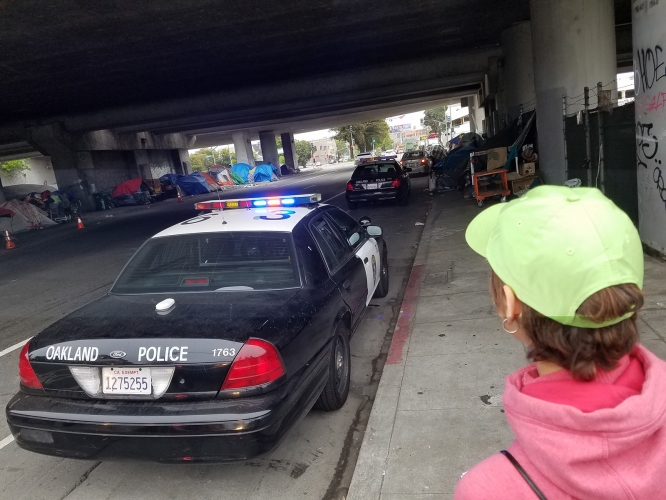 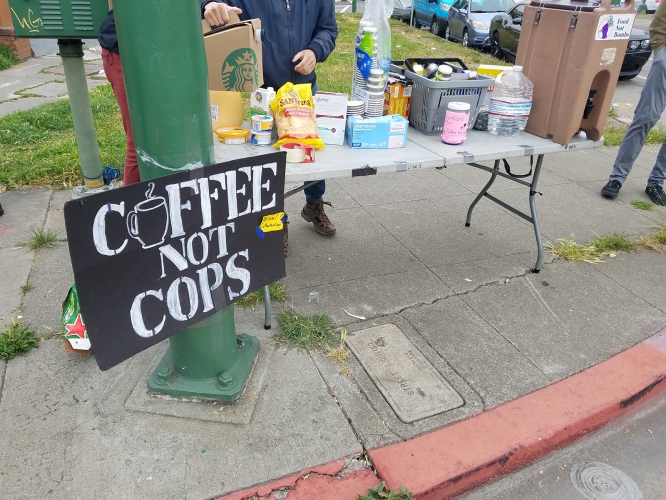 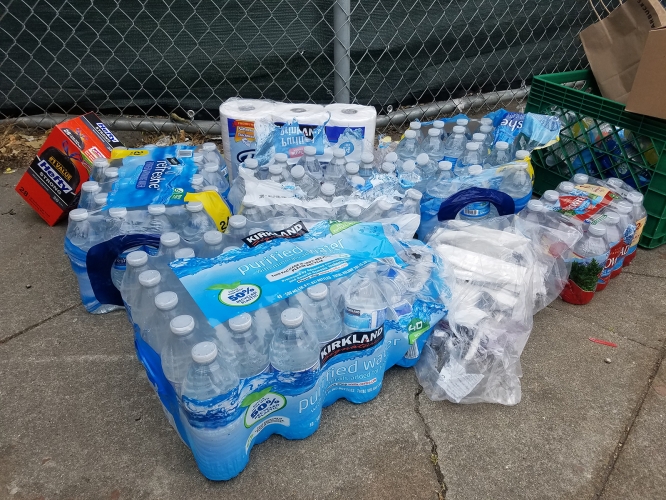 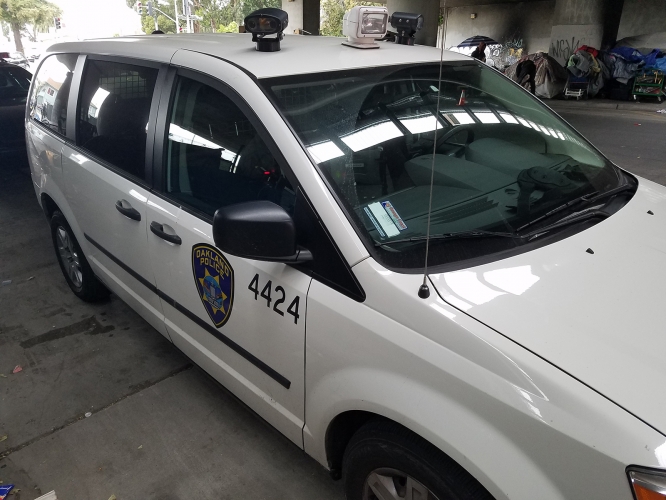 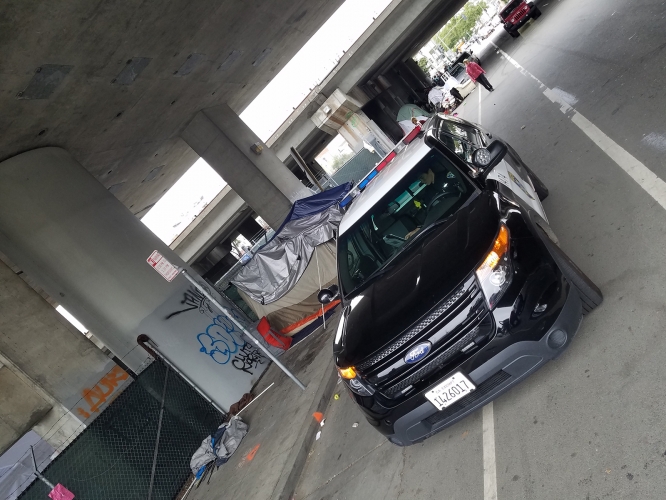 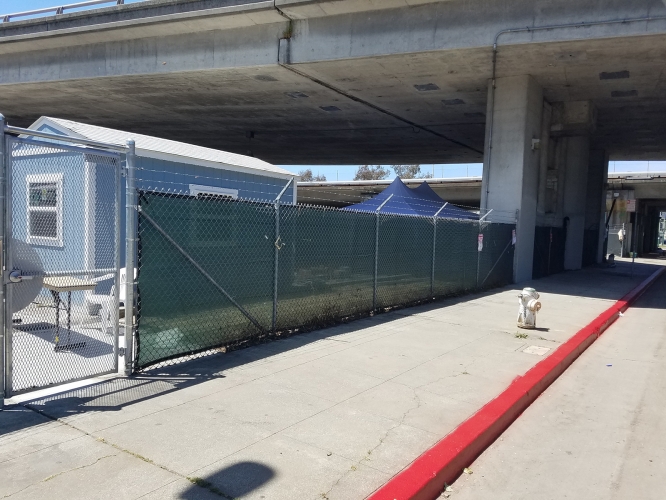 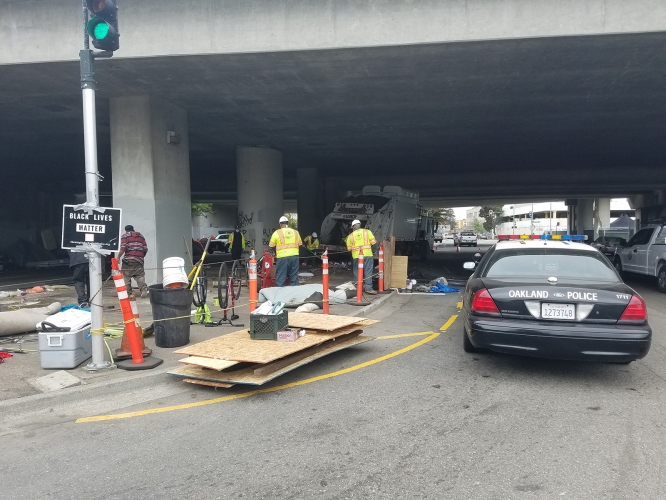 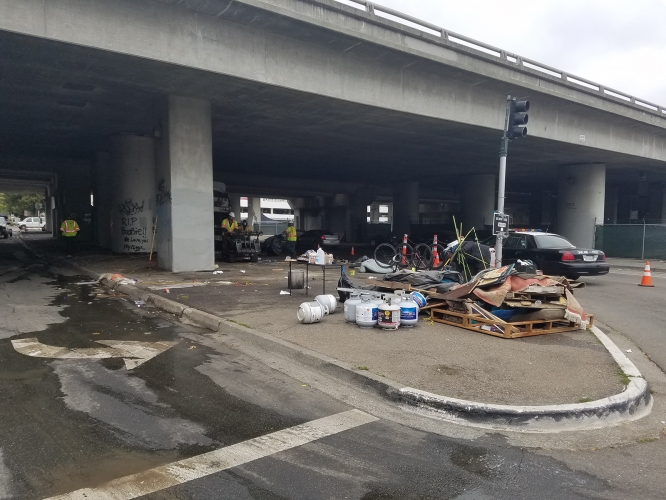