Add an Event
Newswire
Calendar
Features
Home
Donate
From the Open-Publishing Calendar
From the Open-Publishing Newswire
Indybay Feature
Publish to Newswire
Add an Event
Related Categories: Americas | International | U.S. | Immigrant Rights
Pueblo Sin Fronteras Stands In Solidarity with the Refugee Caravan
by Pueblo Sin Fronteras
Tuesday Apr 3rd, 2018 4:30 PM
The systemic violence encountered throughout the migrant route in Mexico is exacerbated by anti-immigrant enforcement policies backed by the U.S. government, fueled by the Mérida Initiative, and paid for by the people of the U.S. and Mexico. 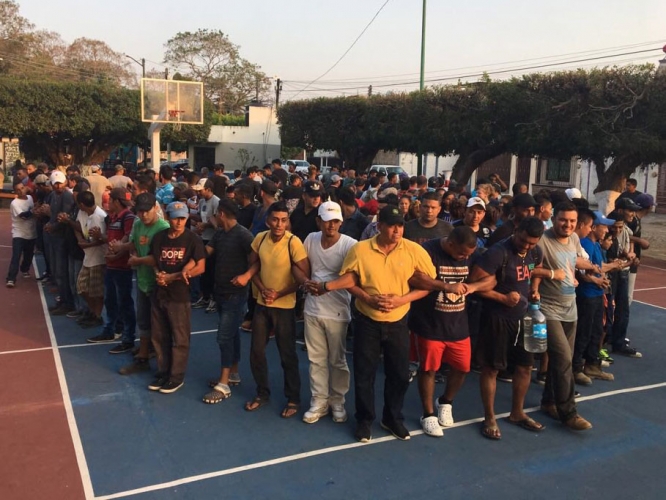 Pueblo Sin Fronteras stands in solidarity with all refugees who exercise their right to seek a life free from violence. We accompany refugees in their journey as human rights observers and offer information about their legal rights, including those defined in the 1951 Refugee Convention and its 1967 Protocol, and the domestic laws* intended to implement them. Refugees lead this movement.

Both the United States and Mexico have signed international agreements that uphold the rights of refugees, including the right of non-refoulement. Their asylum processes are punitive and unjust. These governments refuse to honor their commitments to refugees’ rights and instead cruelly incarcerate and deport them, often to their deaths.

The unprecedented number of Central Americans who have joined the current refugee caravan and the high percentage of people fleeing Honduras in the group are the result of multiple political crises in the region provoked in large part by the policies of the U.S. government. The U.S. support for the Honduran military coup of 2009 and the electoral coup of November 2017 have intensified military and political repression, insecurity, and physical and economic violence. Hundreds of Hondurans have fled their homes and joined the Refugee Caravan in order to seek refuge in Mexico or the U.S. They, along with their fellow caravan members, have organized and developed a network of mutual support within the caravan to protect themselves from dangers such as extortion, robbery, murder, sexual assault, torture and deportation without a right to seek asylum, which virtually all those who journey alone confront.

As word of the size and causes of the caravan has spread through networks of solidarity, right-wing white supremacists have responded by threatening and calling for violence against its participants and supporters publicly in the news and on social media and personally with hate-filled phone calls and emails. These threats have gone so far as to include calls for militias and Border Patrol agents to open fire and even carry out drone strikes on caravan members, among them children as young as one month old.

On April 1st, the U.S. President opportunistically invoked refugee caravans as a pretext for threatening immigrants already in the country, specifically DACA recipients, with a so-called “Nuclear Option” to remove their protections from detention and deportation. Trump is trying to turn Central American refugees and other immigrant communities against each other, and use them as a bargaining chip with Mexico. In the face of this bullying and these threats of mass violence, we continue to stand in solidarity with displaced people of all races, ethnicities, creeds, abilities, and gender and sexual identities. We invite all those who envision a world where human rights are honored to join us.

§Video dispatch from the migrants
by Neta
Wednesday Apr 4th, 2018 3:25 PM
Copy the code below to embed this movie into a web page:
Download Video (32.5MB) | Embed Video
Neta has partnered with @PuebloSF to place storytelling directly in the hands of migrants traveling through Mexico to seek refuge in the U.S. Currently, about 1,500 migrants from Central America are traveling in the caravan. 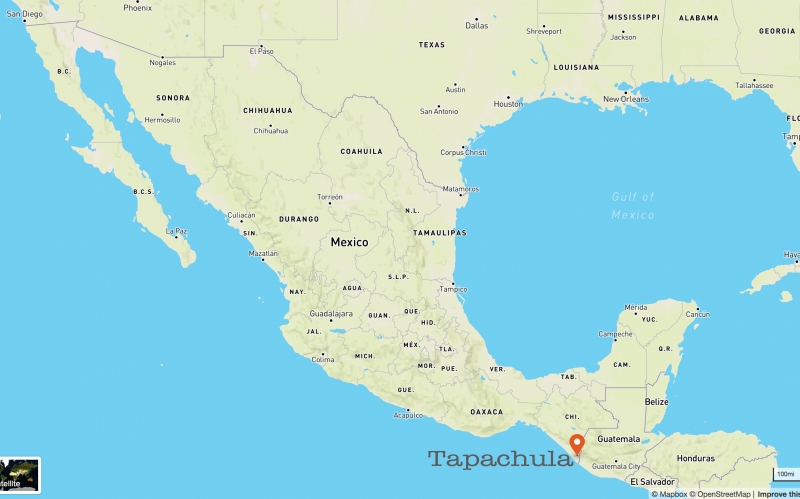 original image (2563x1600)
Tapachula de Córdova y Ordóñez, simply known as Tapachula, is a city and municipality located in the far southwest of the state of Chiapas in Mexico, near the Guatemalan border and the Pacific Ocean.
Add a Comment
Support Independent Media
We are 100% volunteer and depend on your participation to sustain our efforts!