Add an Event
Newswire
Calendar
Features
Home
Donate
From the Open-Publishing Calendar
From the Open-Publishing Newswire
Indybay Feature
Publish to Newswire
Add an Event
Related Categories: East Bay | Government & Elections | Police State & Prisons | Racial Justice
Reclaim MLK 2018: Morning Wake-Up Call at Rockridge BART
by Dave Id
Wednesday Jan 17th, 2018 10:31 PM
For the fourth year in a row, the Anti Police-Terror Project called for 96 hours of action to reclaim Martin Luther King Jr's radical legacy in the Bay Area, declaring, "We will not comply" with the Trump and Schaaf regimes. The focus for Day One was State-Sponsored Violence. Kicking off the weekend on Friday, January 12, Standing Up for Racial Justice (SURJ) held a rally at Rockridge BART in Oakland, distributing a thousand fliers on reclaiming Dr. King's radical legacy, urging commuters to avoid calling the police for the sake of Black and Brown communities. 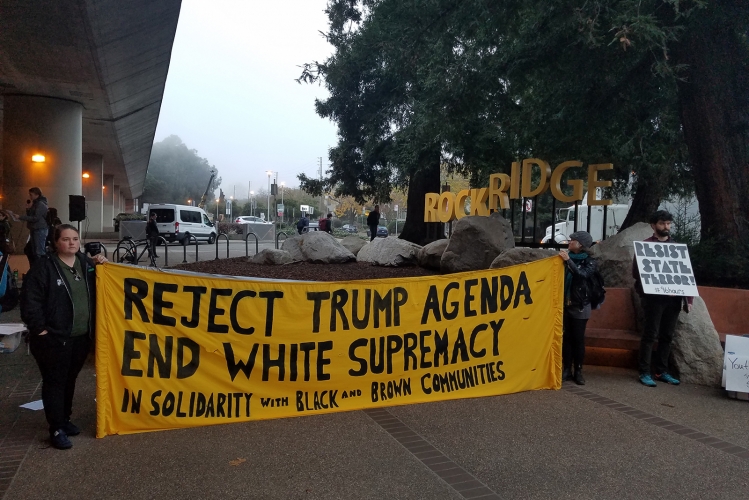 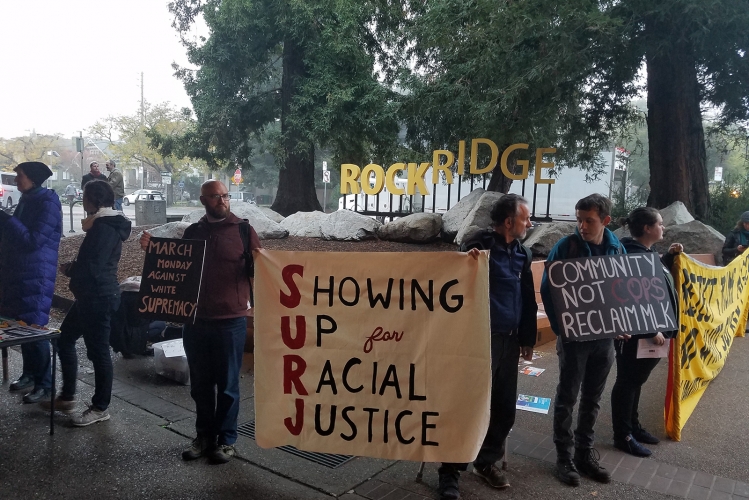 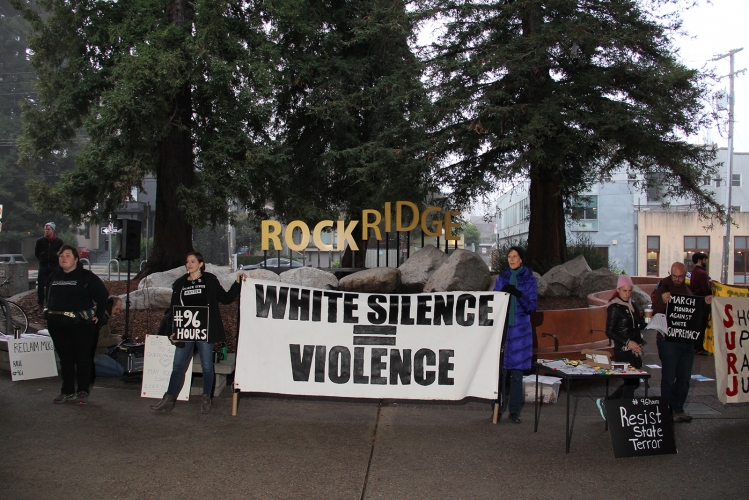 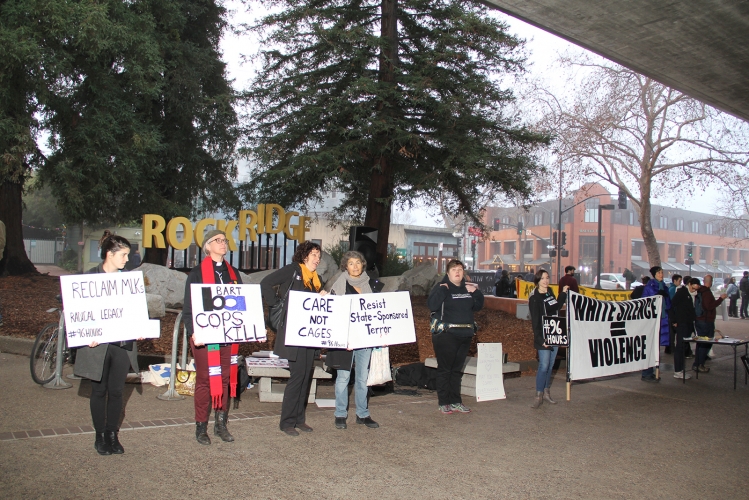 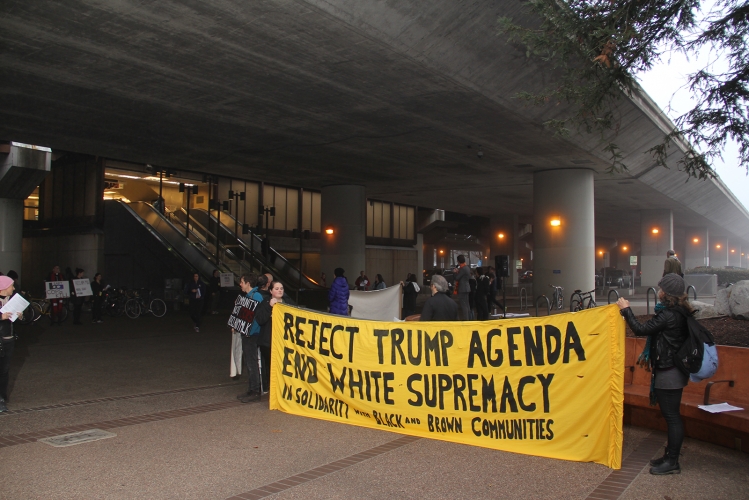 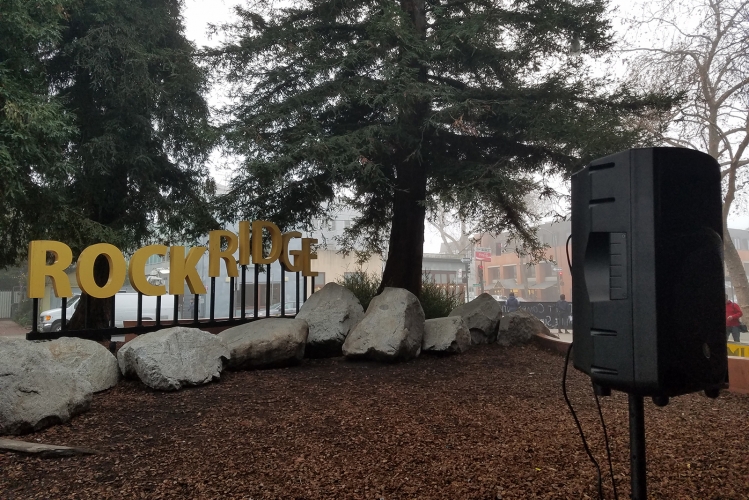 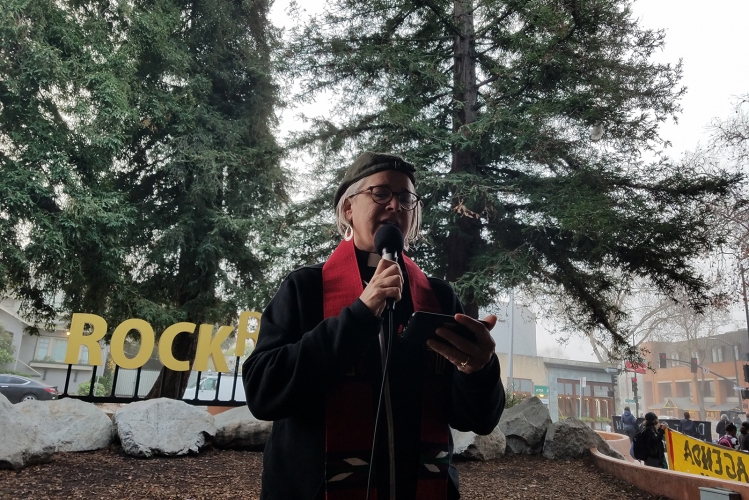 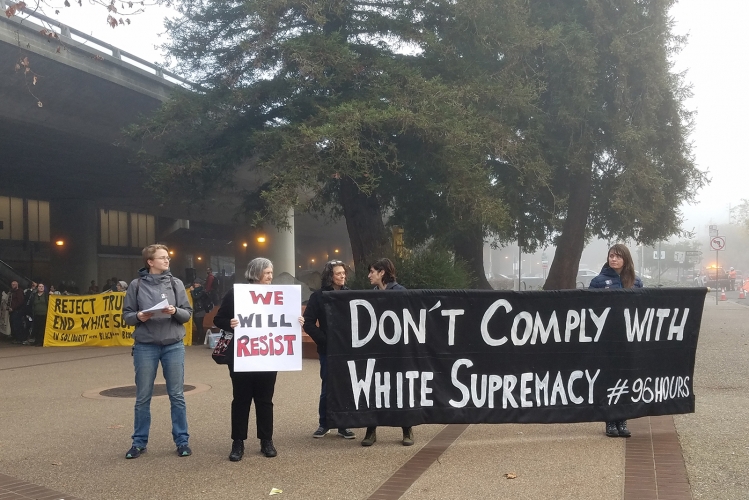 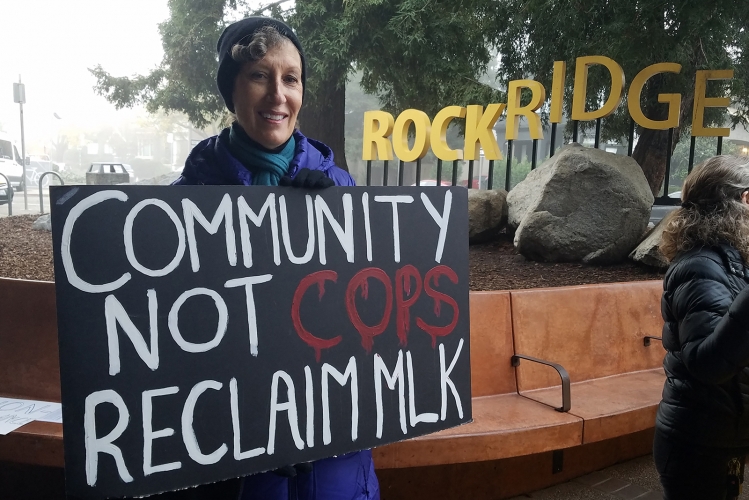 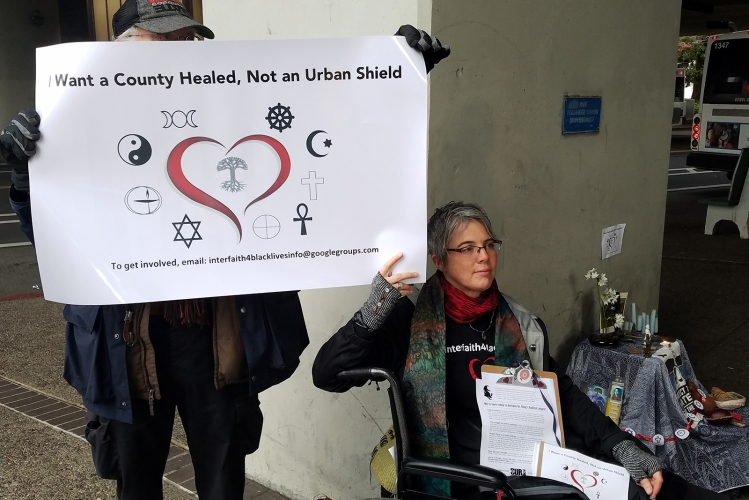 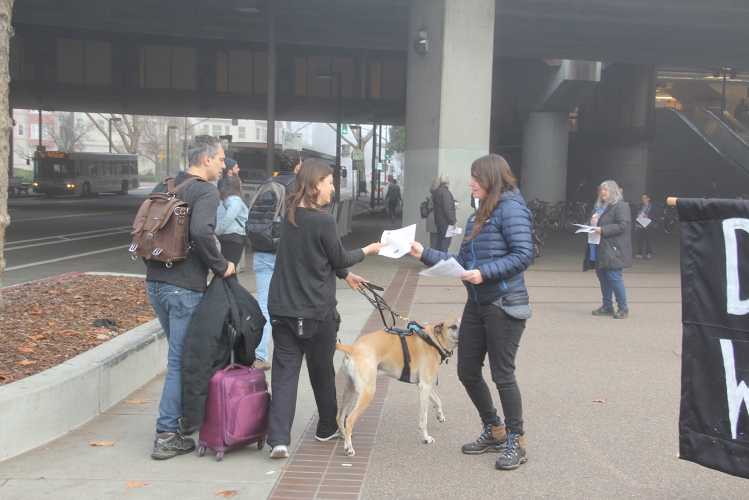 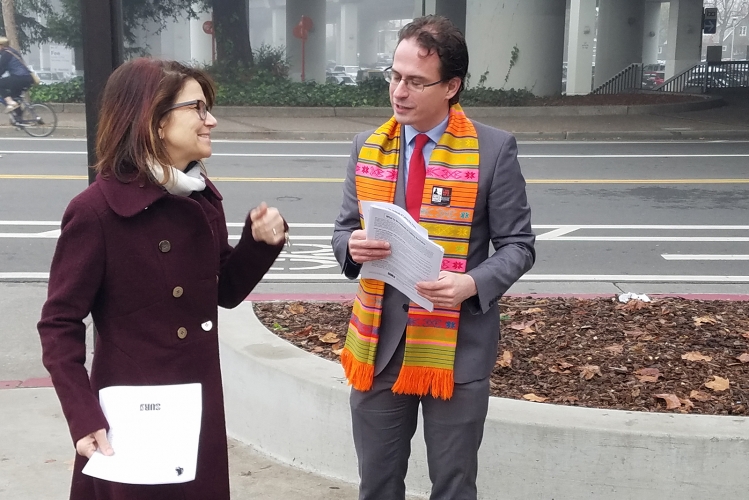 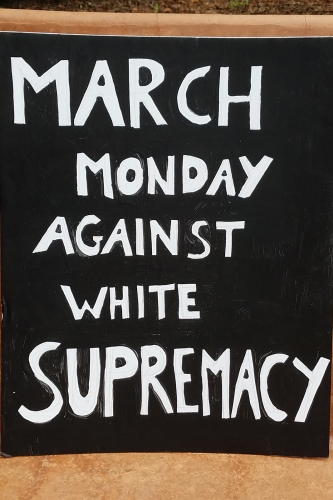 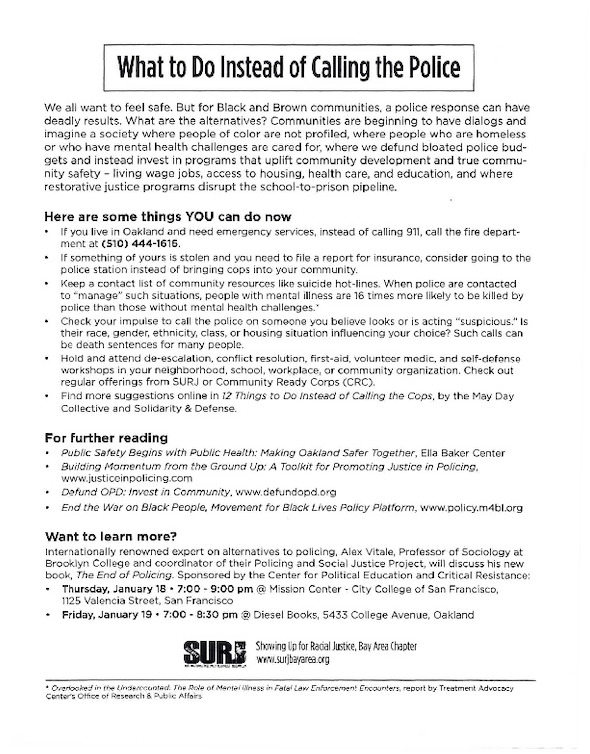 Download PDF (332.0KB)
(one side of flier distributed, the other below) 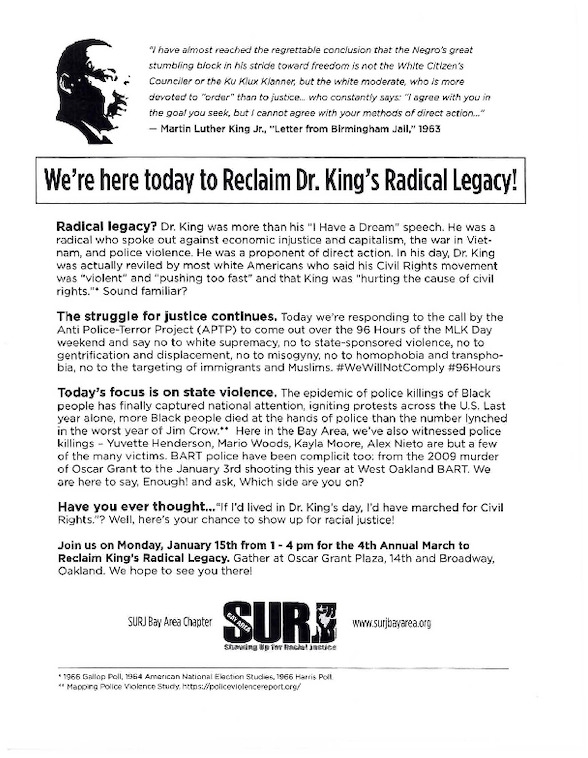 Download PDF (307.9KB)
https://www.indybay.org/newsitems/2018/01/...
Add Your Comments
LATEST COMMENTS ABOUT THIS ARTICLE
Listed below are the latest comments about this post.
These comments are submitted anonymously by website visitors.