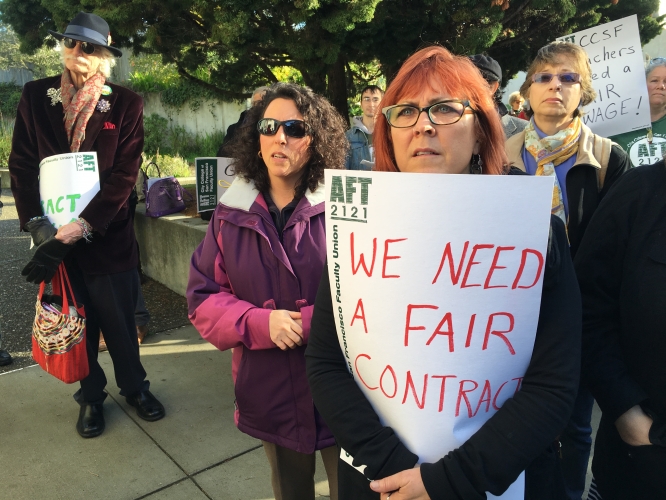 original image (4032x3024)
AFT 2121 is in contract negotiations and is faced with privatization and outsourcing of CCSF resources but the union leadership refuses to fight the sell off of Balboa reservoir land to private developers. This will harm the students and staff who need it for parking and harm the CCSF but profit developers.
http://www.upwa.info
§Privatization Wrecking Operation At CCSF With Sell Off Of Land To Developers
by United Public Workers For Action Sunday Oct 22nd, 2017 11:05 AM 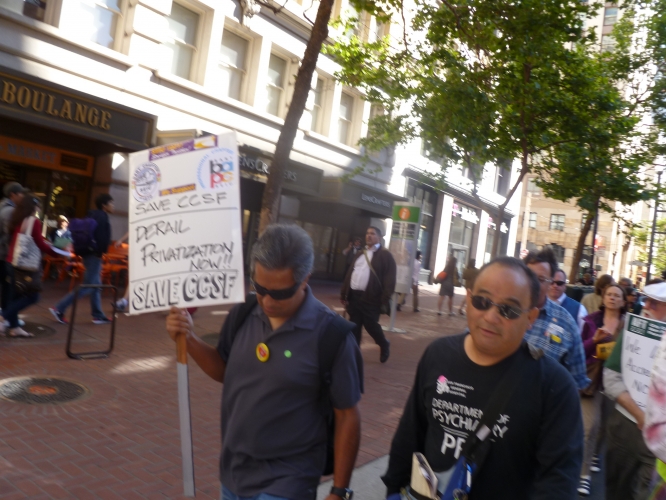 original image (2560x1920)
Ed Lee and the corrupt developers and bankers who really run the city want to downsize CCSF and sell it off to speculators for million dollar condos while some students, faculty and staff are homeless.
http://www.upwa.info
Add Your Comments
LATEST COMMENTS ABOUT THIS ARTICLE
Listed below are the latest comments about this post.
These comments are submitted anonymously by website visitors.