German Government Shuts Down Indymedia: What It Means and What to Do

The German government has shut down the German Indymedia site, the most widely used German-language platform for radical politics and organizing. They have also conducted raids in Freiburg to seize computers and harass those they accuse of maintaining the site, absurdly justifying this on the grounds that the alleged administrators constitute an illegal organization for the sake of destroying the German Constitution. This represents a massive escalation in state repression against what the authorities call “left-wing extremism,” disingenuously suggesting an equivalence between those who seek to build communities beyond the reach of state violence and Neo-Nazis organizing to carry out attacks and murders like the ones in Charlottesville last week. 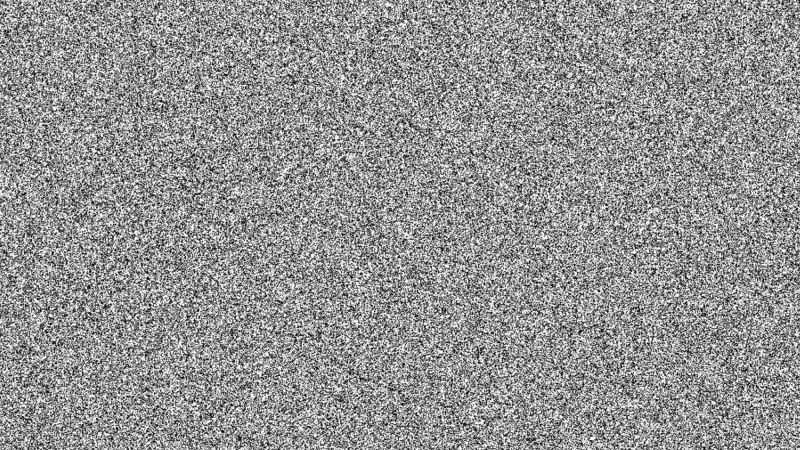 In the last couple of years, more and more attention has accumulated around linksunten, which offers a space for people to post anonymously. For example, in 2011, a communiqué appeared on the platform claiming responsibility for politically motivated sabotage on the subway infrastructure in Berlin. The site was also used to release information about fascists and Neo-Nazis. In 2016, an article on linksunten presented the complete data of every participant at the convention of the far-right nationalist party Alternative for Germany (Alternative für Deutschland, or AfD), a total of 3000 names. This further attracted hostile attention from far-right advocates of state repression.

Before the 2017 G20 summit took place in Hamburg, the corporate media was already focusing on linksunten, declaring it to be the coordination page of militant anti-G20 protestors. The AfD started a campaign against the platform, pushing inquiries about Indymedia in Federal parliament and trying to force local governments to ban the platform and other forms of radical infrastructure.

All this built up to the current situation in which the Minister of Internal Affairs Thomas de Maizière banned the site on August 25, immediately before the election. The state raided three places, including a social center, in Freiburg, making the whole city into a police state for this day. During the raids, they allegedly found some slingshots and sticks, which they are now using as further justification for their propaganda about terrorism.

In fact, Thomas de Maizière is carrying out the agenda of the German far right and fascists, as well as the repressive goals of AfD.

Of course, those who maintain the website have not themselves written anything that could offer legal grounds for this attack. Even corporate media platforms offer space for people to speak anonymously—for example, when members of the State Department speak to the press on the condition of anonymity. The excuse that the state is using to justify this attack is to declare that those who maintain linksunten comprise an official organization aimed at destroying the German Constitution. This is a legal trick. If it succeeds, it could easily be used against other platforms, magazines, and projects, so that everyone spreading radical literature and ideas and documenting activism and social movements will become targets for this kind of repression and state violence. That is the message they want to send, in order to bully the entire population into accepting that the current political order in Germany will persist until the end of time.

This heavy-handed approach shows how afraid the authorities are that radical ideas are spreading and becoming contagious following the successful demonstrations against the G20 summit in July. Thomas de Maizière made it clear enough in his press conference that this assault on Indymedia is a form of revenge for the embarrassment the state suffered during the summit. This also shows how dishonest far-right and statist rhetoric is about free speech—in fact, these hypocrites only use that discourse to position themselves to suppress others’ speech. The solution to fascist organizing is not to empower the state to control speech, but to mobilize the general population both against fascists and against the state infrastructure that the far right intends to take over.

In Germany and all around the world, we need radical theory and practice; we need spaces where people can communicate anonymously, so as not to be intimidated by the twin threats of state repression and grassroots fascist violence. In order to understand social movements and struggles, so our sense of history is not swept away in a torrent of ephemera, we need databases that preserve accounts and communiqués. As an author once put it, the struggle of humanity against authoritarian power is the struggle of memory against forgetting. To fight back against this authoritarian crackdown, it is now more important than ever to spread revolutionary material and ideas everywhere and to brainstorm alternative ways to communicate with each other and the general public in times of intensifying state censorship and control. The more that each of us takes on a personal role in this task, the more decentralized and resilient our networks will be.

The attack on Indymedia is part of a much larger offensive against radical infrastructures. In Hamburg, over 30 people have been in prison since the G20 in July—go here to support them. As for Indymedia, there will soon be support pages for it as well. We will post them here when they appear.

original image (1400x634)
If they come for us tonight, you can be sure they will come for you in the morning.
Add Your Comments
Comments (Hide Comments)
§Germany's poor press protections: German prosecutor sacked over Netzpolitik treason probe
by BBC
4 August 2015

Germany's justice minister has sacked the country's top prosecutor, who had accused the government of interfering with a treason investigation.

Heiko Maas said he no longer had confidence in Harald Range, dismissing his statements as "incomprehensible".

Prosecutors are investigating whether the Netzpolitik website revealed state secrets in articles about plans to step up state surveillance.

The outcry put the government on the back foot, with senior officials stressing that Germany was committed to press freedom and casting doubts over whether the articles constituted treason.
'Intolerable'

Earlier on Tuesday, in a rare public row between the German judiciary and the state, Mr Range said the government had asked him to drop an independent investigator from the inquiry, who concluded that one of the articles published did amount to a disclosure of a state secret.

The request, said Mr Range, amounted to "an intolerable encroachment on the independence of the judiciary".

He said that while the freedom of press was valuable it was not "limitless".

This political row isn't a story of corruption or sleaze for many Germans. Instead, it is about freedom of speech and whether journalists who exercise that right can be charged with treason and face years in prison.

The investigation sparked national outrage and newspaper headlines screamed that press freedom was in danger. Meanwhile, Netzpolitik received donations of more than €50,000 (£35,000) — nothing like a brush with the law to boost a publication's profile and bank account, Twitter users joked.

Free speech and data protection are hot topics in Germany, partly because of the country's painful experience of totalitarianism during the 20th Century.

So any debate about surveillance and muzzling of the press in Germany is much more than simply an academic discussion of abstract civil liberties. People here are all too aware of the dangers of an overly powerful state.

But the justice minister responded at a news conference in which he called Mr Range's comments "incomprehensible and misleading".

He said his trust in the prosecutor's ability had "suffered lasting damage" and he had requested his dismissal.

Mr Range is 67 and was due to retire next year. Munich's chief public prosecutor, Peter Frank, has been named by Mr Maas as his successor.

The state investigation, into two journalists at Netzpolitik.org, is currently paused. The pair have called for the case to be dropped.

A later article in April concerned the spy agency's efforts to set up a special unit to monitor social networking websites.

Critics have accused Mr Range of double standards, with the prosecutor earlier this year dropping an investigation into alleged tapping of Chancellor Merkel's phone by the the US National Security Agency over lack of evidence.

The claims shocked the public and strained German-American ties.

The media outcry over the treason investigation started almost immediately. Süddeutsche Zeitung points out that treason is a very loaded word. The law behind it has in the past been used to go after political opponents.

Die Welt says this case highlights unprofessionalism on all sides - calling it "silly season theatre". It says freedom of press, which many say was threatened, has been saved by an alliance of politics, media and society.

But questions about the independence of justice - not a minor issue in a constitutional democracy - remain unanswered. Der Spiegel calls Tuesday's developments a rebellion by the prosecutor, which could only end in his sacking.

Frankfurter Allgemeine Zeitung says like any scandal, somebody had to be blamed. The ministers for interior and justice were safe but a fight between Mr Range and the head of the intelligence service culminated in his attack on the justice minister - a move that might seem deliberately designed to provoke his sacking.
END_OF_DOCUMENT_TOKEN_TO_BE_REPLACED
Add a Comment
Support Independent Media
We are 100% volunteer and depend on your participation to sustain our efforts!