Add an Event
Newswire
Calendar
Features
Home
Donate
From the Open-Publishing Calendar
From the Open-Publishing Newswire
Indybay Feature
Publish to Newswire
Add an Event
Related Categories: California | East Bay | San Francisco | U.S. | Global Justice & Anti-Capitalism | Police State & Prisons | Racial Justice
No Hate in the Bay: A Weekend of Resistance to Fascism
by Antifa IMCista
Friday Aug 25th, 2017 12:47 AM
White-supremacists and other fascists are returning to San Francisco and Berkeley on August 26 and 27, 2017. Local organizers are calling for people to come together by the thousands to say: We will not allow your hate in the Bay. 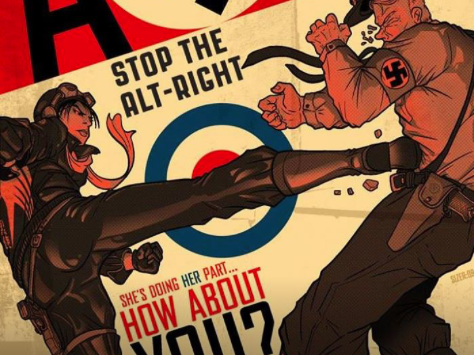 White-supremacist and other fascist groups have repeatedly targeted the Bay Area in recent months. Now they are back for a weekend of provocations on Saturday, August 26 in San Francisco and Sunday, August 27 in Berkeley. Pro-Trump group "Patriot Prayer" is having a "Freedom" rally at Crissy Field in SF. Their events in Portland and Seattle attracted neo-Nazis, white supremacists, militia groups, and "Alt-Right" trolls. As with Boston, organizers in the Bay Area are calling for people to come together by the thousands to say: We will not allow your hate in San Francisco.

The National Park Service permitted the fascist rally in San Francisco and plans to close off most of the Presidio. The only means to enter and exit Crissy Field will be via the Marina Green (via Marina Blvd). A day of non-violent mass resistance against hate and white supremacy begins at 10am with the ILWU Local 10 and others marching from Longshoreman’s Lot, 400 North Point St., to Crissy Field. A very heavy law enforcement presence is expected, along with bag checks for a long list of prohibited items, including bicycles, helmets, and liquids (other than water in factory-sealed, clear plastic bottles).

The following day, Sunday, August 27, white supremacists, Alt-Right activists and neo-Nazis are holding a “No to Marxism in America” rally at Martin Luther King Park in Berkeley. In response, a coalition of Bay Area anti-racist and anti-fascist groups, including SURJ, are calling for a demonstration of united resistance to hate in the Bay, while denying the fascists a platform to further their racist agenda.

Anti-racist demonstrators will gather at Ohlone Park, located at MLK and Hearst, and march to Berkeley City Hall, MLK and Allston. The fascist rally is scheduled to take place across the street, despite having it's official permit application denied by the City. Anti-racist demonstrators plan to maintain a presence and send a clear message: No racism, and no hate speech in Berkeley.

"We stand strong for Black lives and racial justice, and shoulder to shoulder against Islamophobia, anti-Semitism, homophobia, and the scapegoating of immigrants." 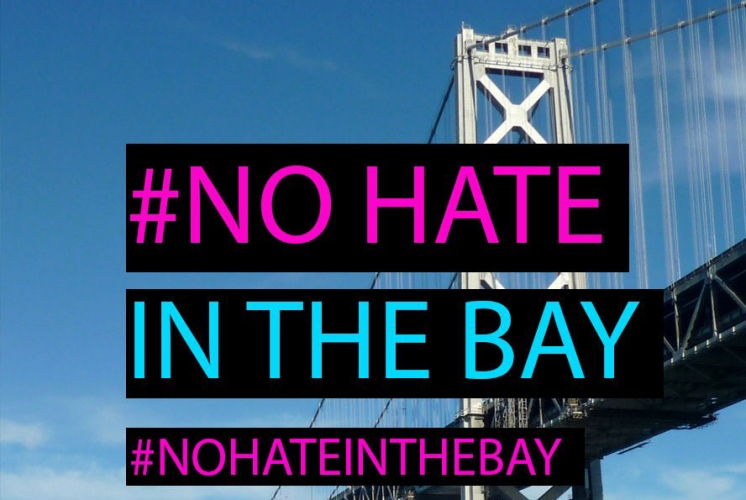 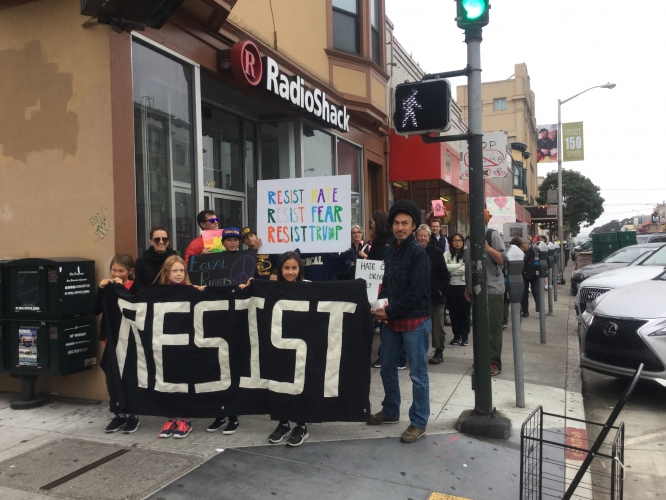 original image (3264x2448)
About 45 people attended an event entitled "Richmond District Against Racism: Solidarity with Charlottesville." It started as an impromptu rally at the Richmond Branch Library on 3rd Avenue (between Geary & Clement), which drew locals on a few days notice. Most were inspired as the Inner Richmond is next door to the Prisidio and Crissy Field is a 20-minute walk away.

Pictured below are Roosevelt Middle School kids who painted the banner and made signs in the library plaza, before marching down Clement Street. The march went 9 blocks to Arguello, before turning round and coming back to the library. People at nearly all of the restaurants, bars, cafes, and shops we passed cheered us on and some on the sidewalk even joined us. At one bar a few young women came out and chanted "No Trump, No KKK, No Fascist USA."

It was fun and attracted several families with their kids. I marched along with a retired seventysomething retired IATSE worker who had gotten radicalized in Chicago as a young man from his friendship with Franklin and Penelope Rosemont and his involvement in the Chicago Surrealist Group. We had a lovely talk about André Breton. Also, I got to know many of my neighbors who I'd seen around for over a decade but never met. Which made being there in the icy cold San Francisco evening fog all the more worthwhile.
Add Your Comments
Support Independent Media
We are 100% volunteer and depend on your participation to sustain our efforts!