Add an Event
Newswire
Calendar
Features
Home
Donate
From the Open-Publishing Calendar
From the Open-Publishing Newswire
Indybay Feature
Publish to Newswire
Add an Event
Related Categories: East Bay | Environment & Forest Defense | Racial Justice
How Battles Over Sacred Sites Have Revived Ohlone Culture
by East Bay Yesterday
Wednesday Mar 29th, 2017 7:33 PM
Have you ever wondered what the East Bay was like before colonization? In the new episode of East Bay Yesterday, Corrina Gould shares knowledge of how her ancestors, the Ohlone people, maintained a relatively peaceful culture here for thousands of years. Although this history was nearly wiped out, struggles to protect sacred shellmound sites—some of them older than the Egyptian pyramids—have sparked a movement to honor this region’s original inhabitants and reclaim “lost” languages, crafts and practices. 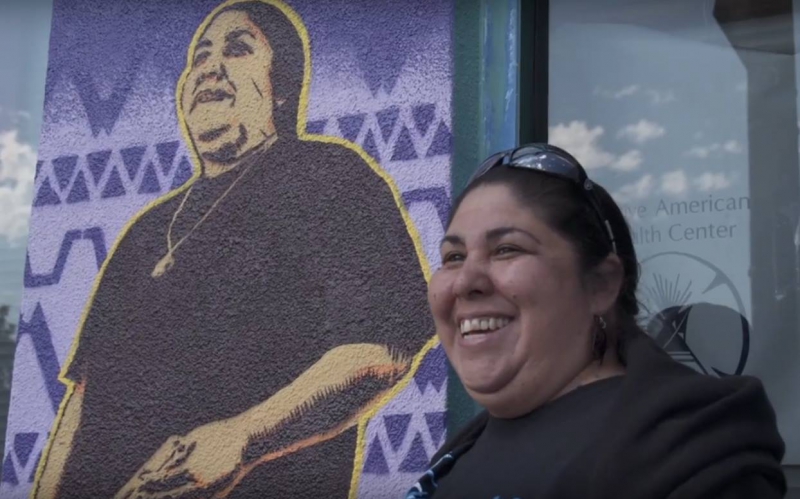 “Where are those ancestors now?”: How battles over sacred sites have revived Ohlone culture

People lived in the East Bay for thousands of years without police, jails or paying rent.

"We have bought into this whole idea of paying rent to somebody when people lived for thousands of years without paying anybody anything." Corrina Gould talks about life in the East Bay (Huichin territory) before colonization in the new episode.

To learn more about Ohlone battles to protect sacred sites, you can watch the full documentary "Beyond Recognition" here: http://naturalheroes.org/videos/beyond-recognition/

After decades struggling to protect sacred sites now engulfed by San Francisco’s sprawl, a Native woman and her allies discover a new path- to establish the first women-led urban Indigenous land trust. Shattering stereotypes, BEYOND RECOGNITION explores the quest to preserve one’s culture and homeland in a society bent on erasing them.
https://youtu.be/CQOkiyLW1S8
https://eastbayyesterday.com/
§Audio: Where Are Those Ancestors Now?
by East Bay Yesterday Wednesday Mar 29th, 2017 7:33 PM
Listen now:
Copy the code below to embed this audio into a web page:
Download Audio (55.5MB) | Embed Audio
[ Audio: 40:22 ]

“Where are those ancestors now?”: How battles over sacred sites have revived Ohlone culture
https://eastbayyesterday.com/
§1909 Map of Shellmounds in the San Francisco Bay Area
by East Bay Yesterday Wednesday Mar 29th, 2017 7:33 PM 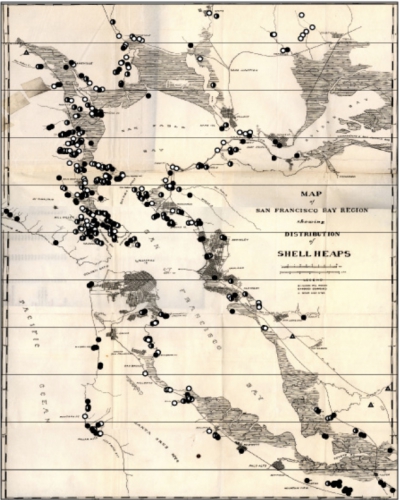 original image (634x792)
This 1909 map shows the location of 425 sacred shellmounds that used to ring the bay. In the new episode, Corrina Gould shares knowledge of how her ancestors, the Ohlone people, maintained a relatively peaceful culture here for thousands of years.
https://eastbayyesterday.com/
§Shellmound
by East Bay Yesterday Wednesday Mar 29th, 2017 7:33 PM 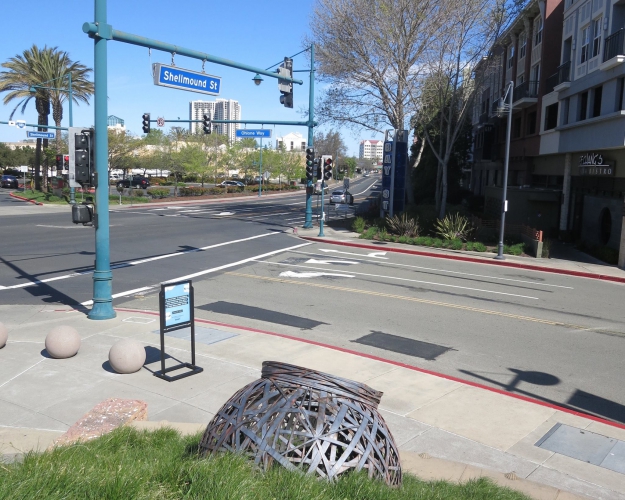 original image (2048x1638)
"You can see the pyramids or Stonehenge, but you don't get to see anything in the Bay Area except buildings built over my ancestors." -Corrina Gould // At the intersection of Shellmound St and Ohlone Way, a small replica shellmound and metal basket sculpture "commemorate" the erasure of thousands of years of native culture.
https://eastbayyesterday.com/
Add Your Comments