On March 11, 2017, videos were uploaded to social media showing police in Vallejo, California brutalizing an individual. The incident took place Friday, March 10 at 1 p.m. on Fairgrounds Drive in front of the Valero gas station at Fairgrounds Drive and Gateway Drive.

The Vallejo police officer captured on video punching and bashing with a flashlight has been identified as Spencer Muniz-Bottomley, an ex-Marine. He graduated from the Napa Valley Police Academy on June 13, 2015. The officer was recognized for his leadership, problem solving and communication skills ... as demonstrated in the videos. 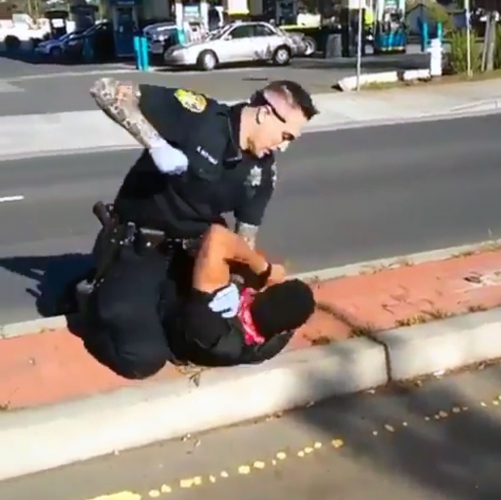 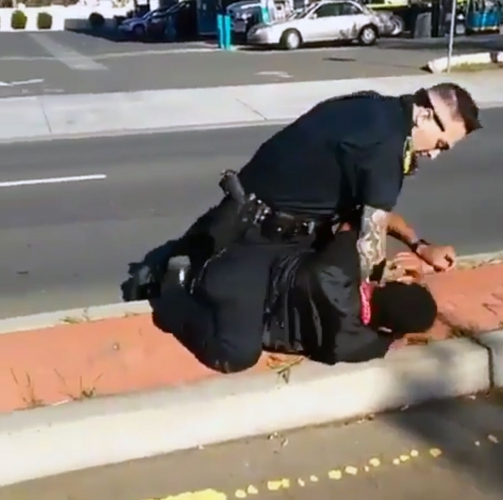 original image (1768x1755)
After Vallejo cop Spencer Muniz-Bottomley pulls his arm back and makes a fist, he punches the person in the face.
§Police Brutality in Vallejo, California
by Film The Police Saturday Mar 11th, 2017 12:35 PM 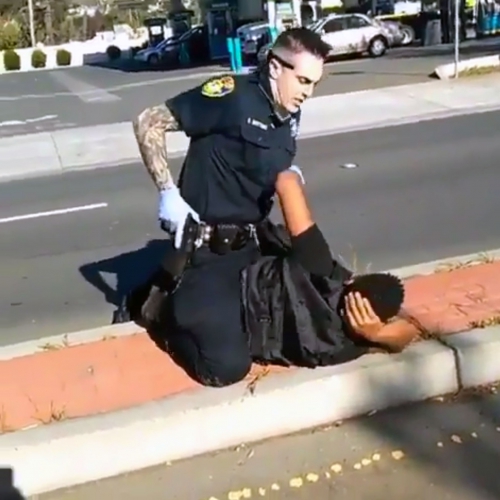 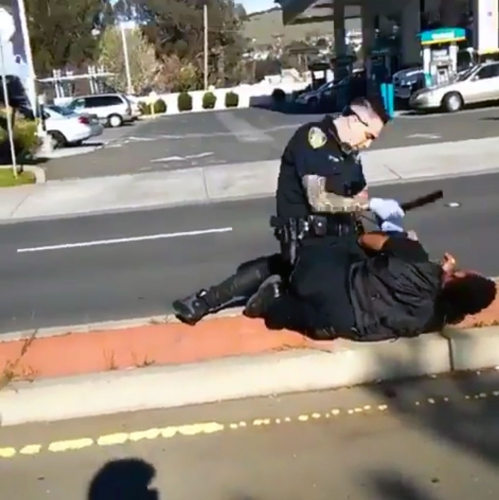 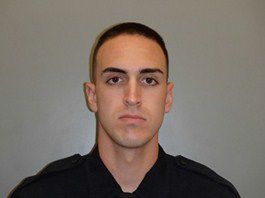 "Vallejo Police has hired three ex-Marines to patrol the streets. Time will show if these three will treat their new settings as a war zone, with the People as potential enemies."

"Officer Spencer Muniz-Bottomley was born in Suisun City and attended school in El Dorado Hills, California. He volunteered as a Vallejo Police Explorer during high school, and after graduation in 2009, enlisted in the US Marine Corps. Spencer deployed to the Helmand Province in Afghanistan as a part of Operation Enduring Freedom. Spencer maintained an exemplary record as Marine Corporal, earning a number of awards and decorations, including the National Defense Service Medal, Marine Corps Good Conduct Medal, Combat Action Ribbon and three Afghanistan Campaign Medals. Spencer graduated from the Napa Valley Police Academy on Saturday, June 13, [2015] ranking second in his class. He was recognized for his leadership, problem solving and communication skills." 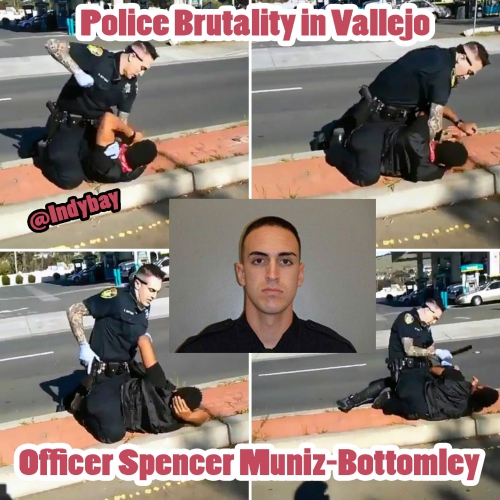 Anyone in the area who would like to send information documenting human-rights abuse by our local security agencies can do so at our email address.

Please be safe when documenting such abuse, don't do anything that can be construed as provocative.

Vallejo Police got away with over 10 murders in the year 2012, and are known to surveil and harass family members of victims, and members of the local Copwatch project.
http://northbayuprising.blogspot.com
§Derrick Lamoris Shields vs. City of Vallejo
by Tariq Nasheed‏ Sunday Mar 12th, 2017 6:24 PM 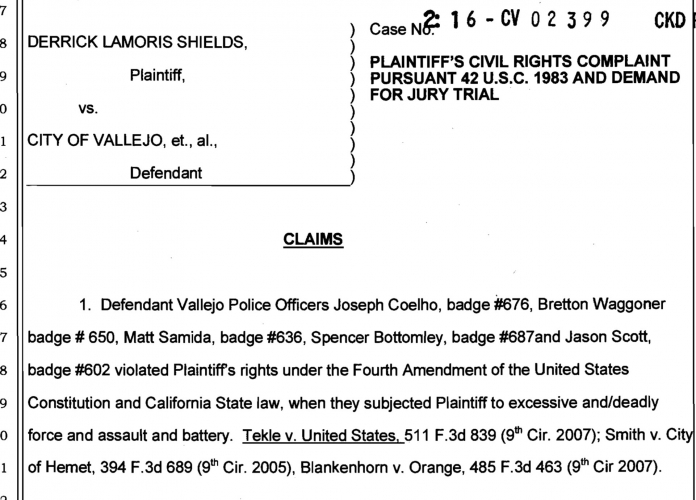 original image (1922x1380)
The race soldier who was caught on video brutalizing a Black man in Vallejo, is named Spencer Bottomley. He is named in another brutality case. 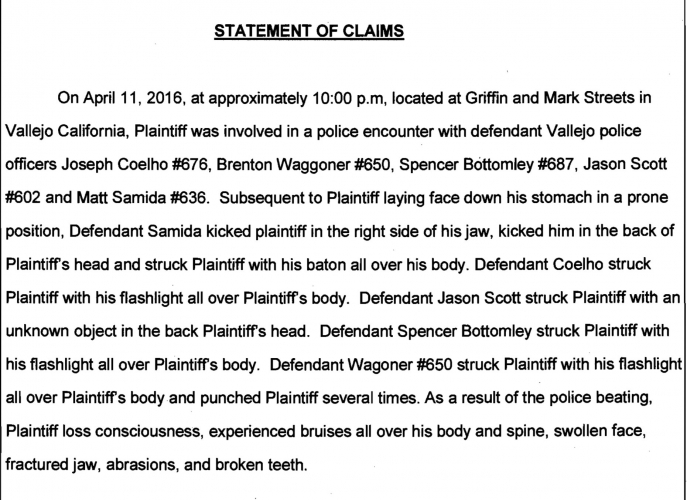 Police arrest a bystander on sidewalk in front of gas station.
Add Your Comments

He simply could of just arrested him and didn't need to fucken hit him with the flash light and use brutal force on a civilian trying to cover himself. You dumb fucken cop. Hope and wish you get fired for being stupid trying to be all cool and shit. Hope you get the same back and worse. You know what they say about karma. 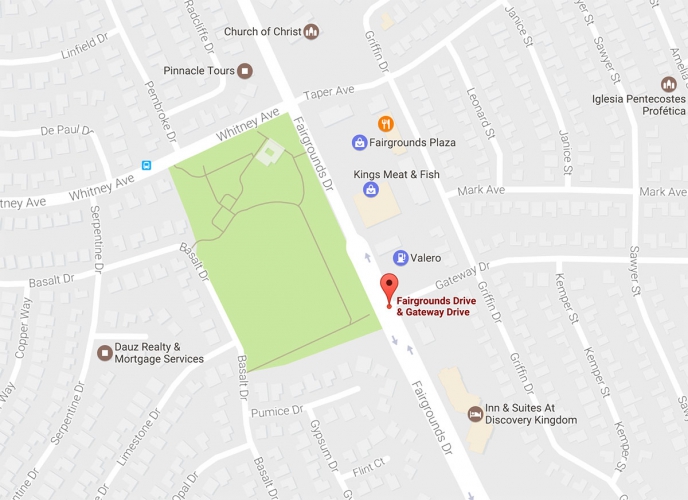 His tattoos look like he hangs out at a Brazilian jiu-jitsu studio. They're not "white supremacist"

I'm not sure what is a "race soldier".

https://google.com
Add a Comment
Support Independent Media
We are 100% volunteer and depend on your participation to sustain our efforts!