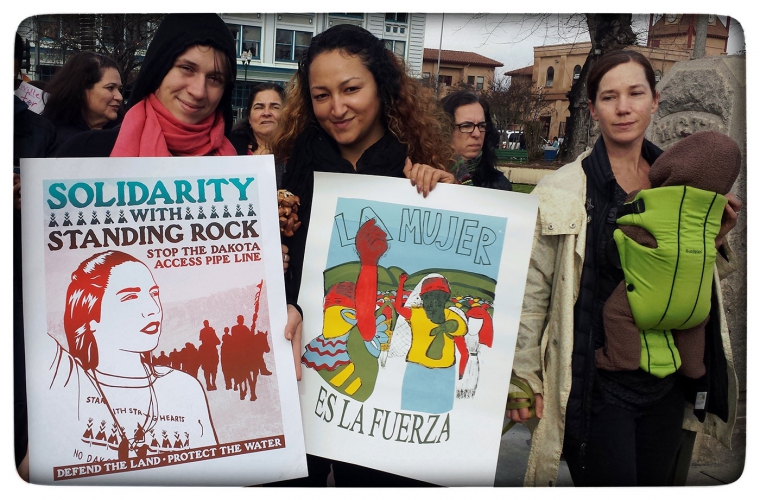 Tens of thousands of people from all walks of life overfilled the streets of downtown Santa Cruz on January 21 for the historic Women's March Santa Cruz County, held in conjunction with the Women's March on Washington and hundreds of other Women's Marches.

Prior to the march, over a hundred people rallied at the Watsonville Plaza before boarding a bus to Santa Cruz, which was provided by the organizers.

The crowd in Santa Cruz was huge, with official estimates ranging from 8,000 - 16,000 people, though it seemed like much more than that. Many estimate there were well over 25,000 people marching. Ralph Abraham, the famous mathematician and chaos theorist and professor at UC Santa Cruz since 1968, determined there were over 27,000 people participating in the event. A thick stream of marchers flowed down Pacific Avenue for over an hour and a half.

One local commented, "The Santa Cruz march today was probably the biggest gathering I've ever seen downtown. Our local paper will probably say that a couple hundred showed up, but I think it was more in the tens of thousands. It took the crowd more than 90 minutes to pass. Magnificent!"

January 22 is the 44th anniversary of the landmark Roe v. Wade decision in 1973, and the right to choose is under attack on many fronts.

The Women’s March Santa Cruz County explains, "The Women's March is a national movement to unify and empower everyone who stands for human rights, civil liberties, and social justice for all. We gather in community to find healing and strength through tolerance, civility, and compassion. Scheduled for the day after the presidential inauguration, the all-inclusive non-partisan march is for women, men, and children to stand together."

There were also aspects of the marches in Santa Cruz, Oakland, and beyond which are screaming for constructive critique.

A public school teacher shared the following thoughts about the Women's March in Santa Cruz.

Today's march in Santa Cruz was pretty big and impressive, but it was hard for me to fully feel the solidarity because I know a good portion of people in that crowd are home-owning individuals who don’t care if I lose my housing, even after 10 years of teaching the young adults of this community.

I just learned that my landlord is raising my rent, again, and it is getting harder and harder for me to imagine living here.

It is easy to protest against Trump, but we should be protesting against injustices in our town too. Where were all these people when folks from "Affordable Housing Now" marched to city hall? And how come none of these people showed up to protest when huge developments without any affordable units were being approved? Or when a parcel zoned for high-density housing was being rezoned to build a fancy hotel?

Some of the people instrumental in today's event are the same people who treat houseless people like trash and bow to the whims of big-money developers. I heard some people say "Santa Cruz is a model for what democracy looks like," but I really think that isn’t true. You don’t have to be a misogynistic orange-colored billionaire to be part of the problem.

Santa Cruz isn’t really as awesome and progressive as people want to pretend. 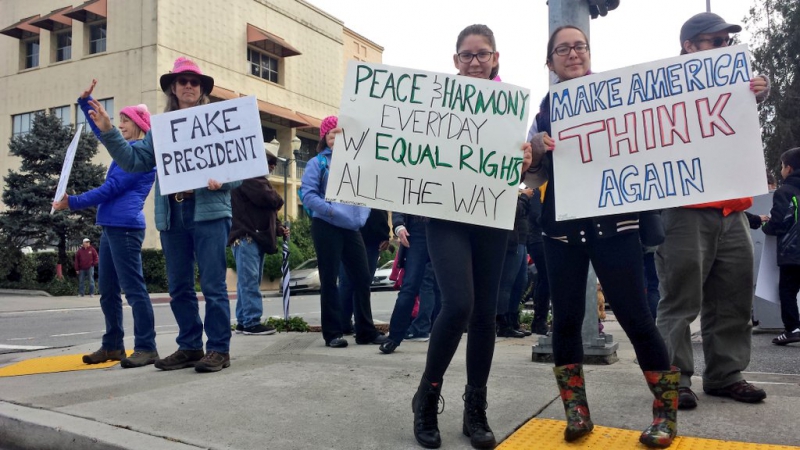 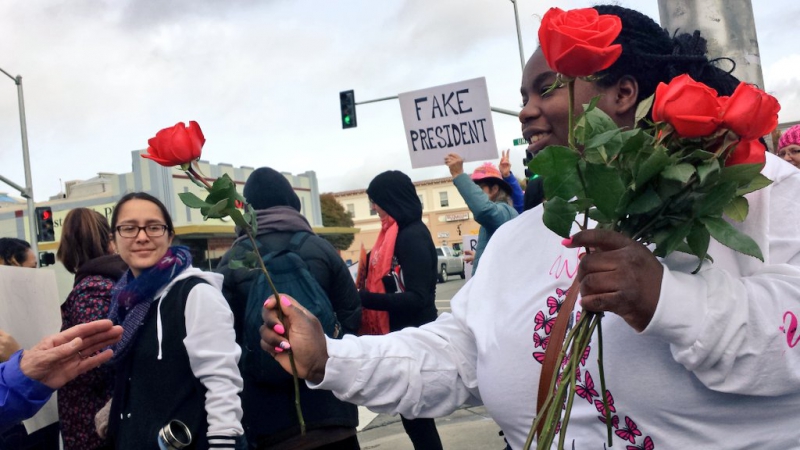 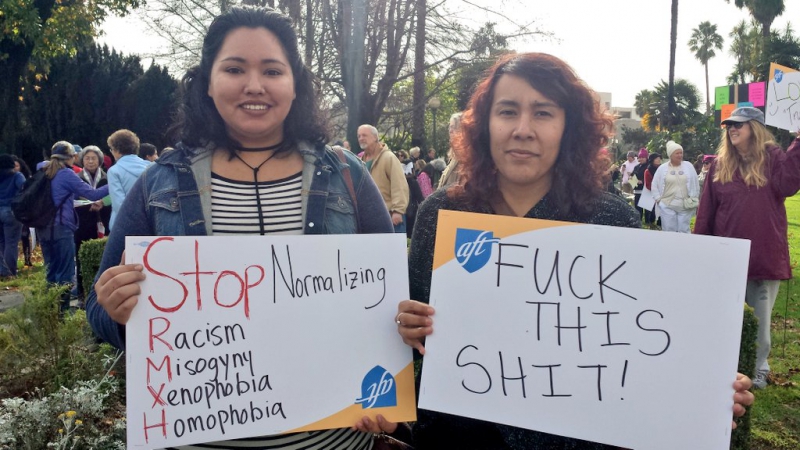 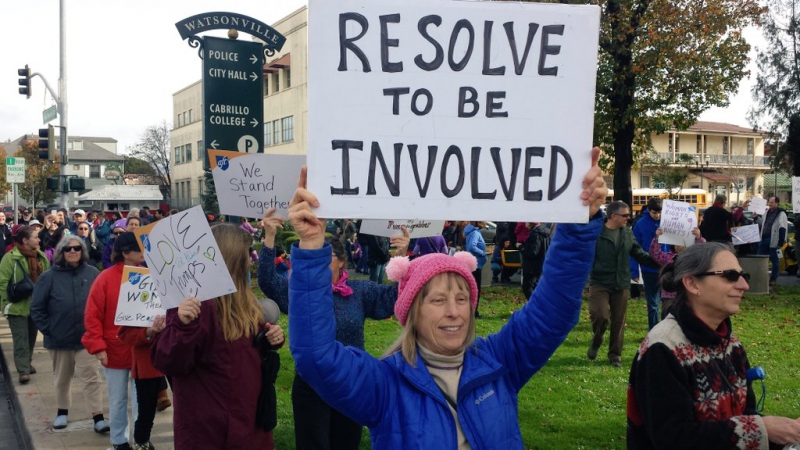 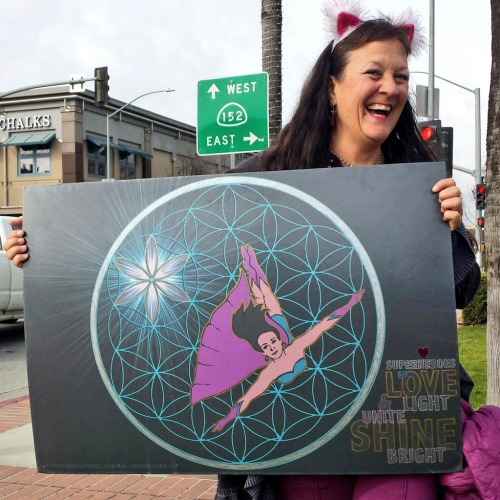 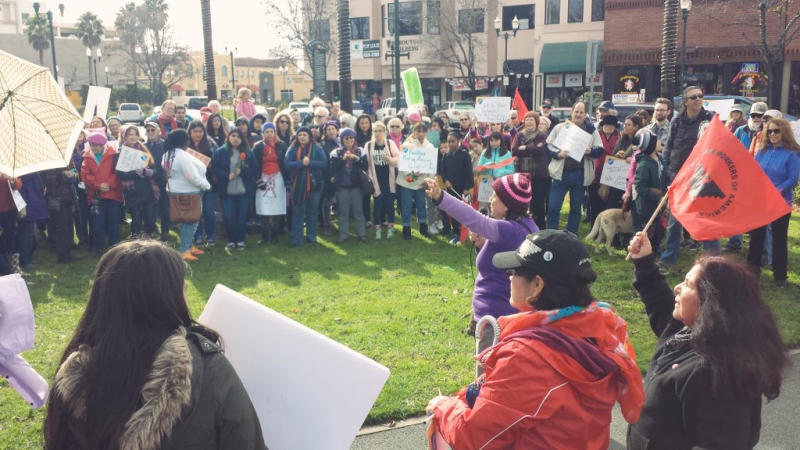 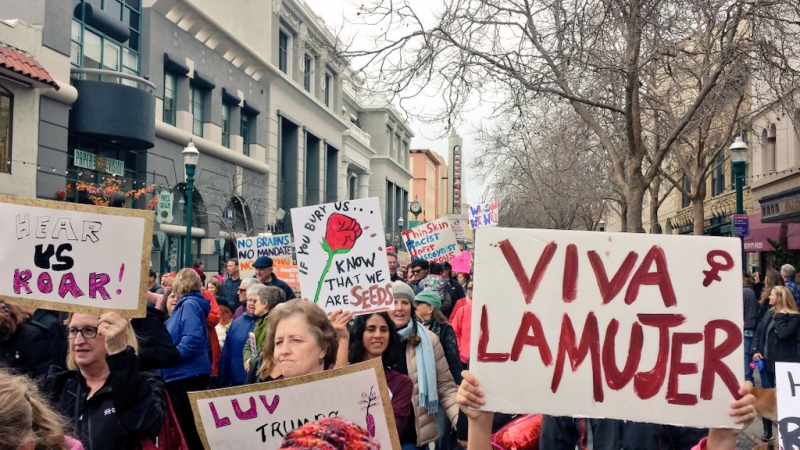 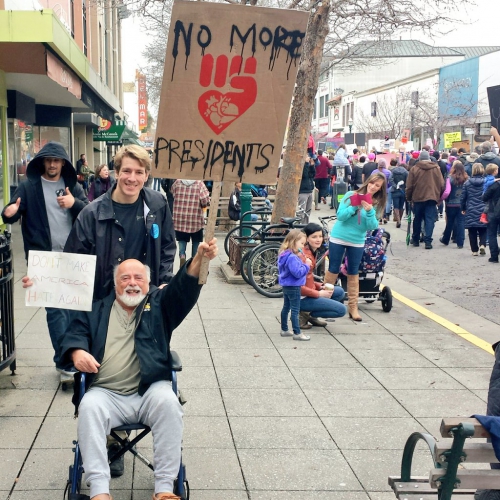 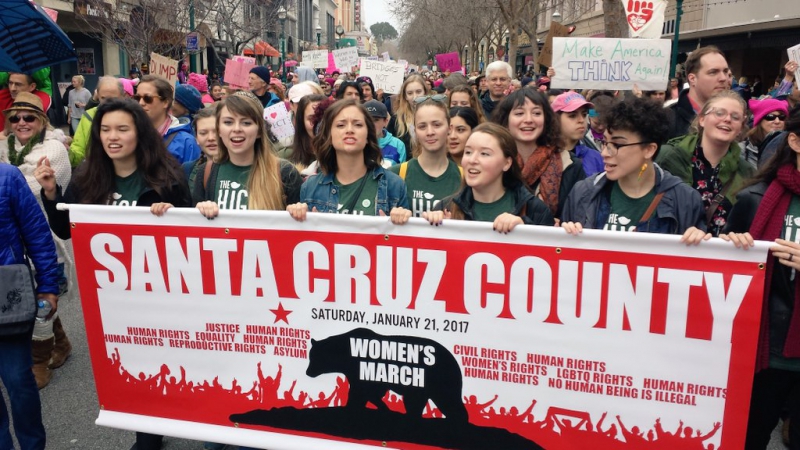 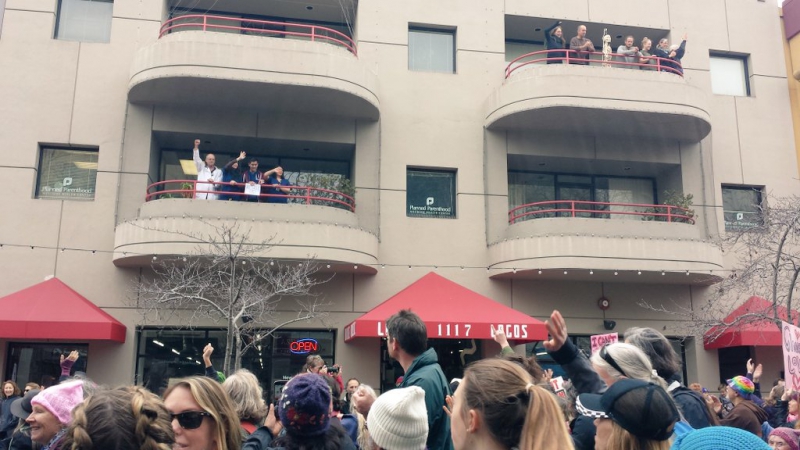 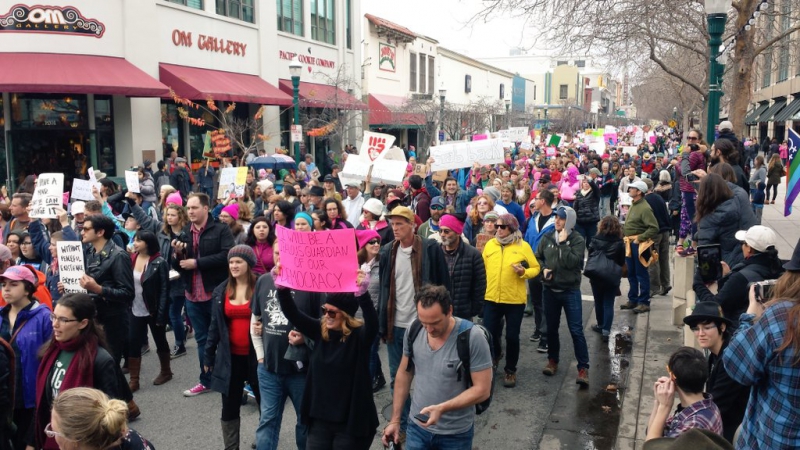 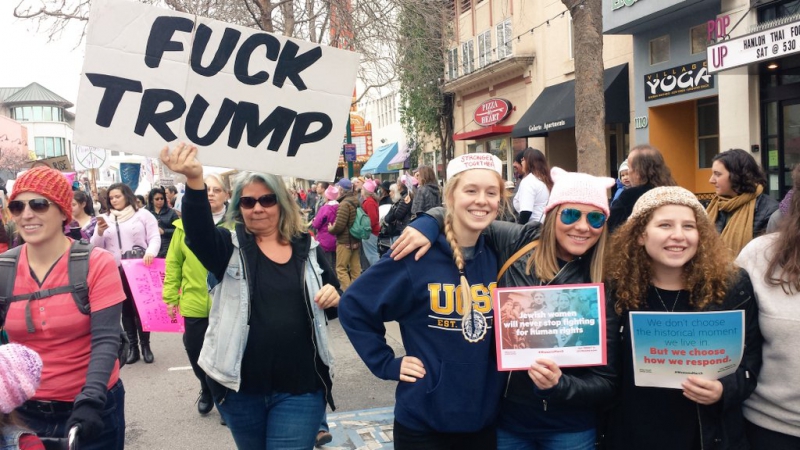 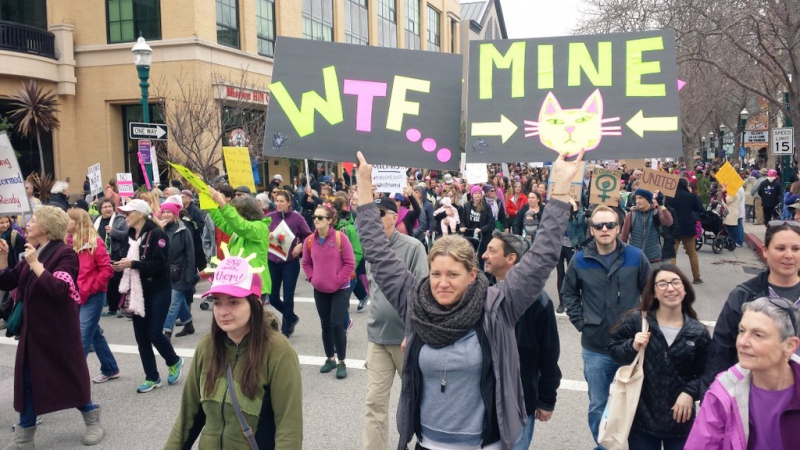 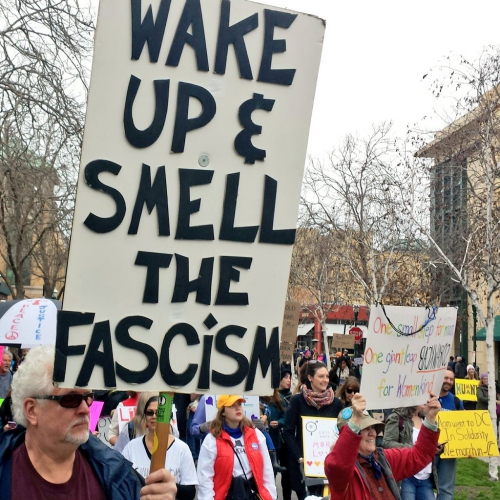 original image (1024x1023)
https://bradleyallen.net/
Add Your Comments
LATEST COMMENTS ABOUT THIS ARTICLE
Listed below are the latest comments about this post.
These comments are submitted anonymously by website visitors.