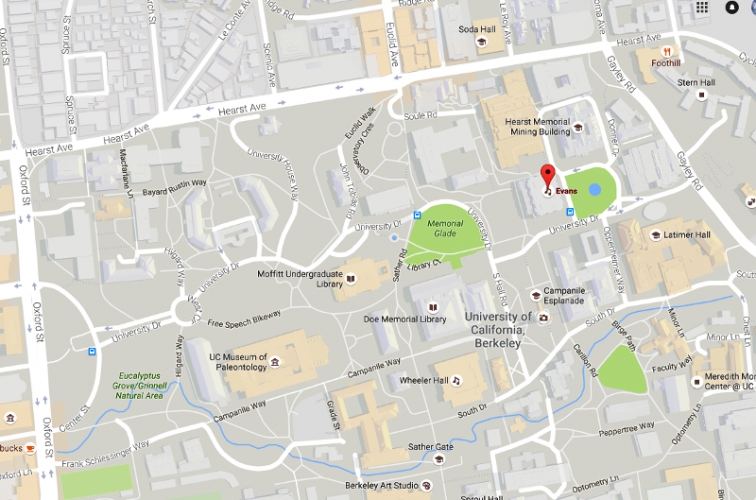 Please refer to the image here or map search for 61 Evans Hall, UC Berkeley.
Add Your Comments
LATEST COMMENTS ABOUT THIS ARTICLE
Listed below are the latest comments about this post.
These comments are submitted anonymously by website visitors.