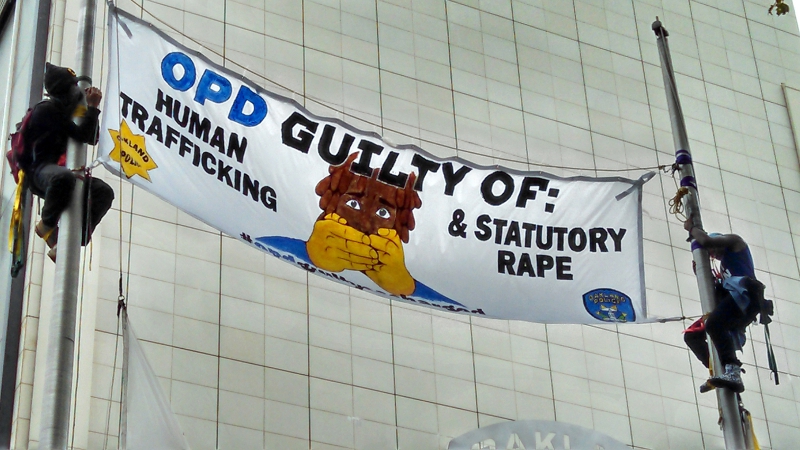 In the week following the banner hang, on July 21, a press conference was held in front of the Oakland Police Administration Building and four demands were issued: 1. Community-controlled policing; 2. Defund OPD and invest in the community; 3. Address the child sexual exploitation scandal in a meaningful way; and 4. Resignation of Mayor Libby Schaaf. 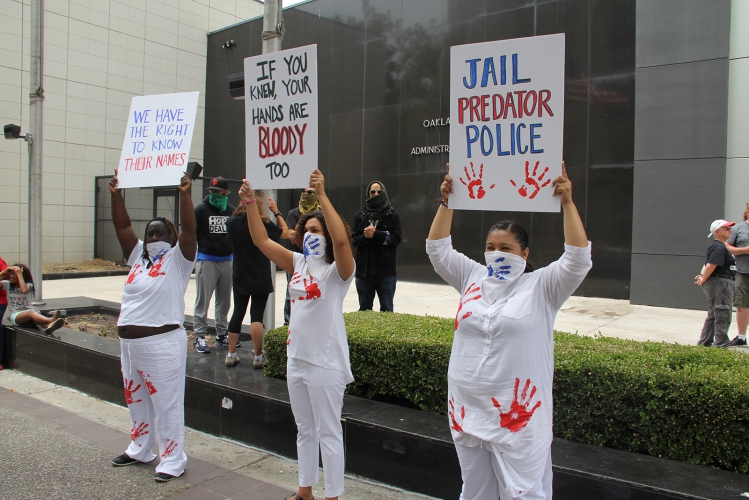 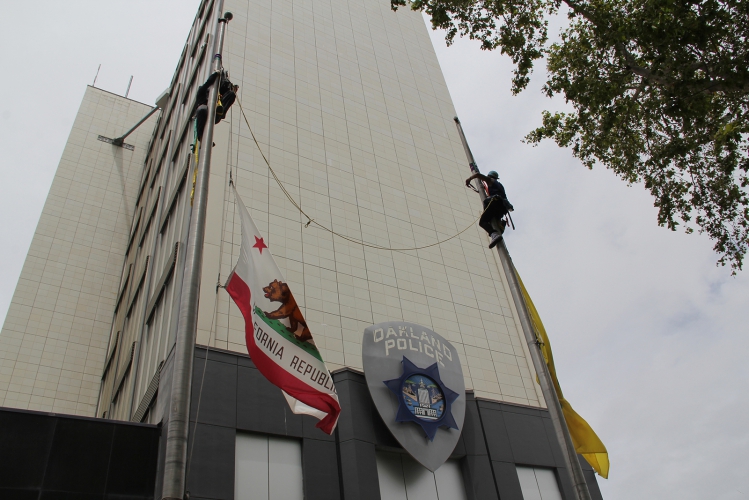 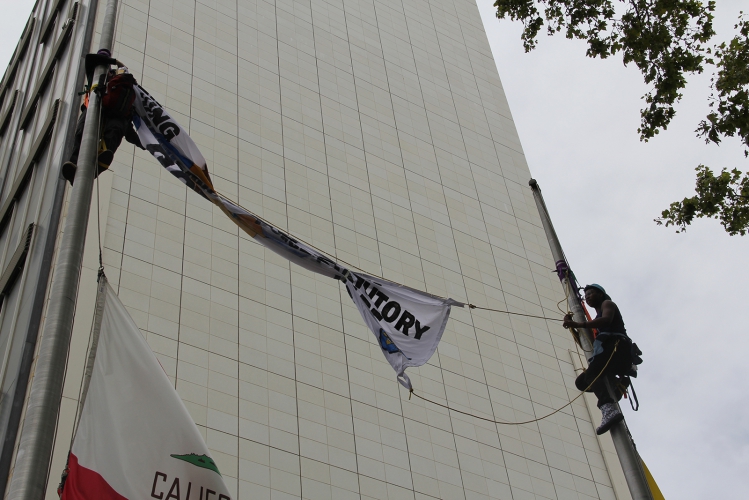 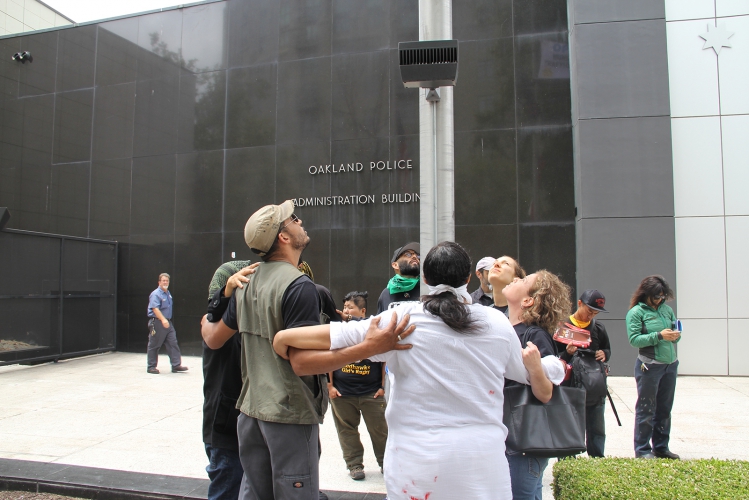 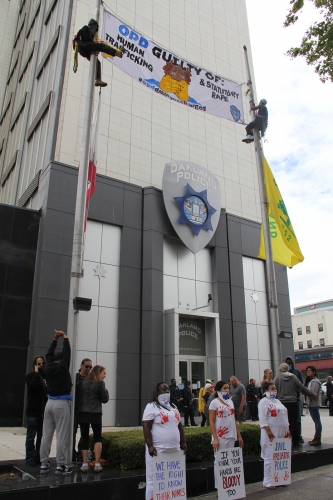 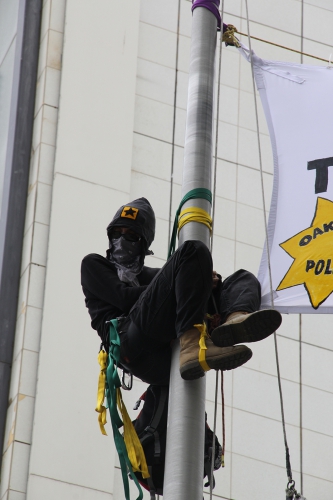 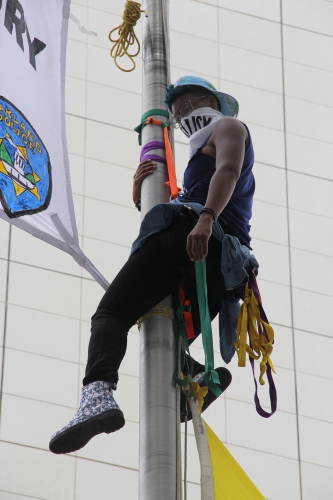 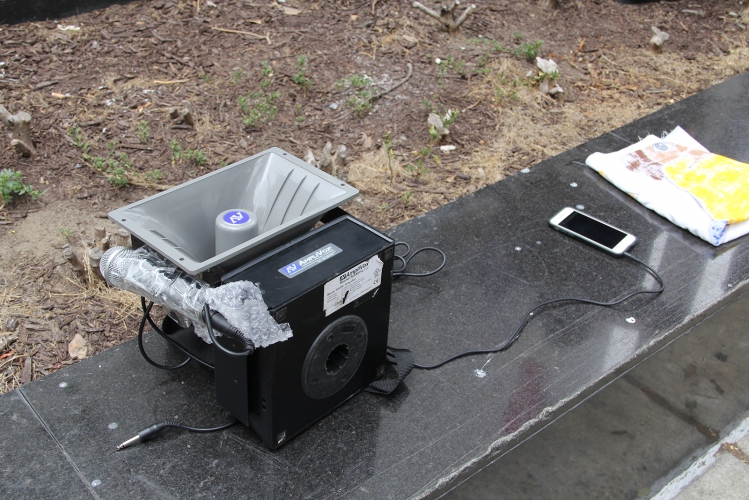 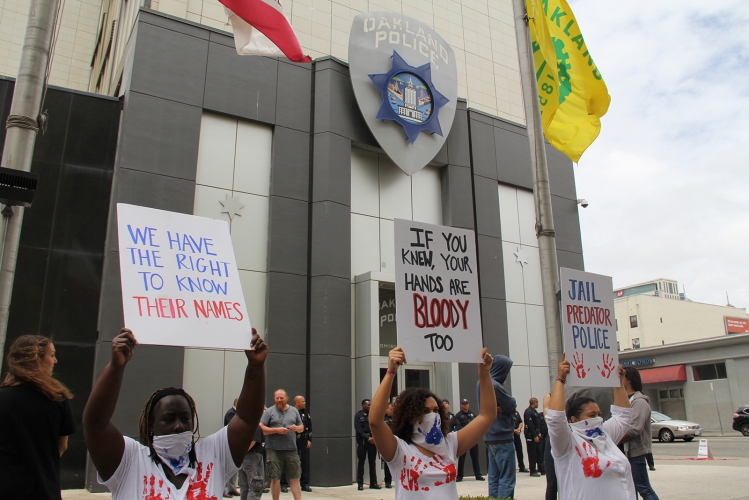 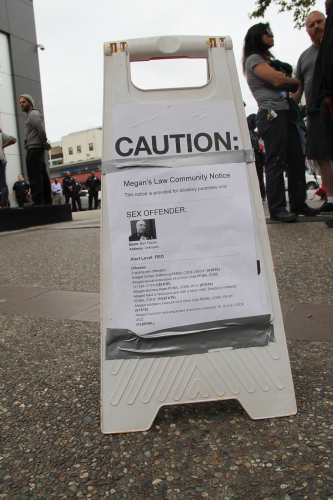 original image (1067x1600)
BART police Deputy Chief Ben Fairow was only Interim Chief at OPD for six short days (June 9 - June 15). Not having been properly vetted before being handed the reigns by Mayor Libby Schaaf, word is that he was fired by Schaaf after it was learned that he had had an extramarital affair with a trainee when he previously worked for the Oakland police department. 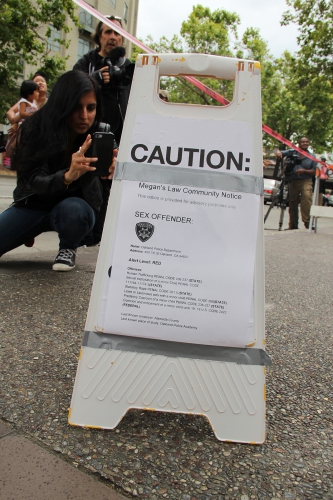 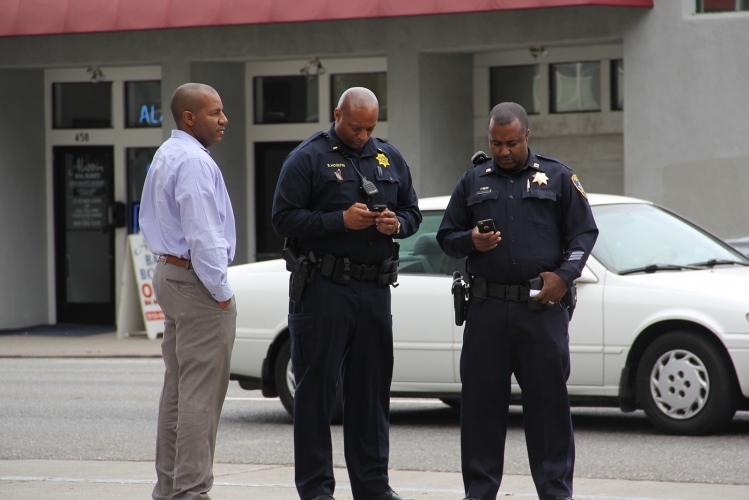 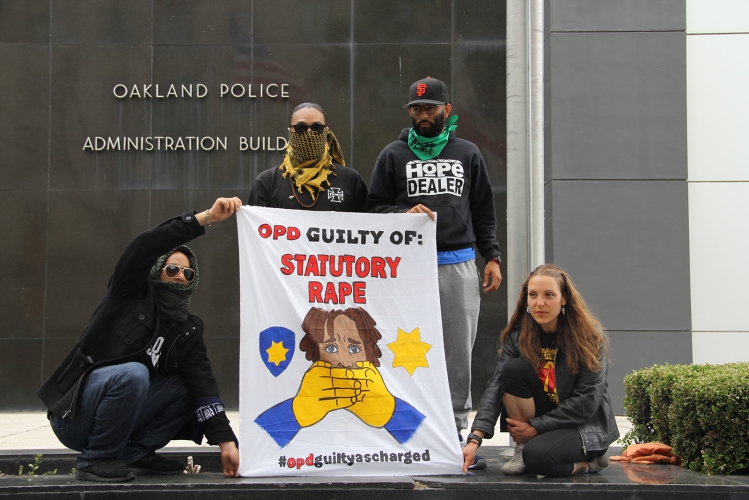 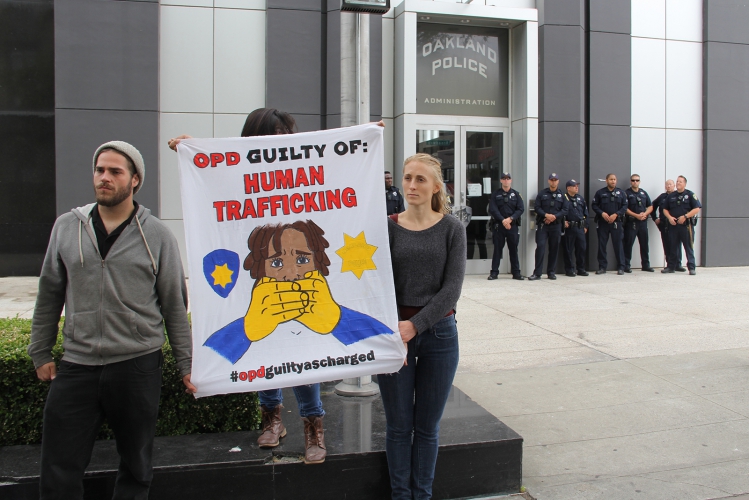 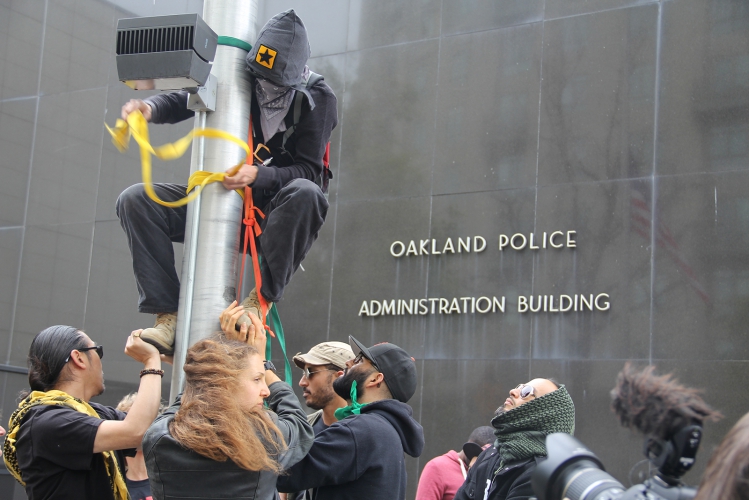 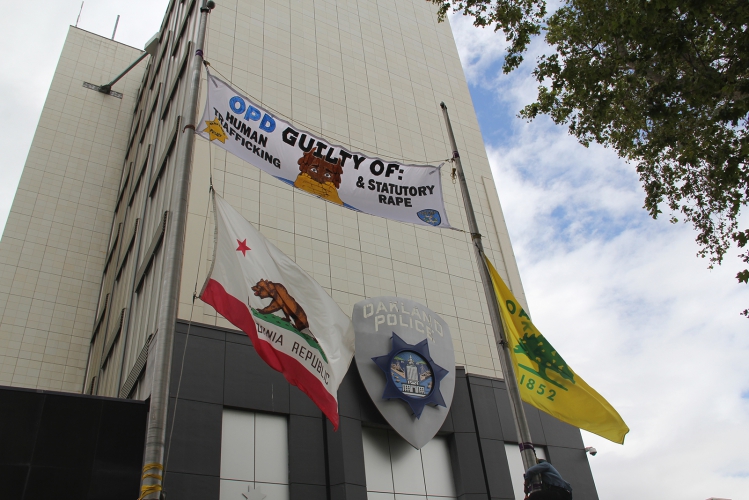 original image (1600x1067)
http://indybay.org/police
Add Your Comments
Support Independent Media
We are 100% volunteer and depend on your participation to sustain our efforts!