Oakland Community: OPD Is Rotten to Its Core and Libby’s Got to Go (audio)

by Dave Id
On the morning of June 21, a number of Oakland community organizations came together in front of Oakland police headquarters to issue a set of demands in response to the ever-growing list of OPD crimes and cover-ups which have been exposed recently. The Anti Police-Terror Project and allies issued four demands: community-controlled policing; the defunding of OPD and investment in the community; the child sexual exploitation scandal be addressed in a meaningful way; and the resignation of Mayor Libby Schaaf. (full audio below) 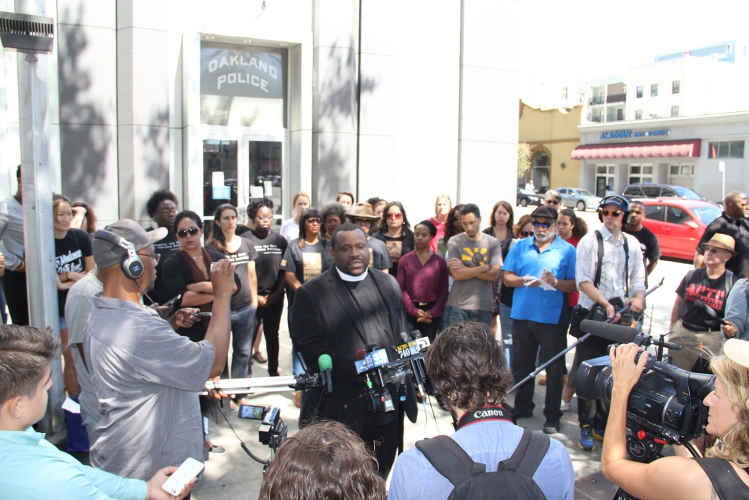 Oakland’s police department has entered its 13th year of federal oversight, and as investigative reporters, academic researchers and our own soon-to-be ex-mayor have revealed over the last month, it’s clear that nothing has changed since the Riders case.

“OPD is still a bastion of predatory loose cannons who have seen time and again that they will not face accountability for killing, abusing and exploiting our community members,” said Asantewaa Boykin of APTP.

The Oakland community condemns the Mayor’s underwriting of state violence that began when she spent her entire first day in office with OPD. Since that day, OPD has murdered 7 Black men with no consequences.

“Instead of stepping back to acknowledge her mistake, the mayor has doubled down on her support for state-sponsored executions through her words and financial prioritization of policing over the education and employment of our youth,” continued Boykin.

The police department currently squanders 60% of the City of Oakland’s budget. The City Administrator, Mayor and City Council have shown and stated that they’re incapable of managing the “frat house” with guns and handcuffs that prowls our streets day and night.

APTP demands immediate action and commits to working toward building an Oakland where all of us can live free of police terror.

1. Community-controlled policing — Establish a community-nominated and controlled civilian review board with the power to hire, fire and discipline all members of the OPD.

2. Defund OPD and invest in the community — Cut the policing budget in half and redirect those millions into community-run job centers, programming for youth, re-entry resources, mental health services and very low income housing.

3. Address the child sexual exploitation scandal in a meaningful way — Launch a full investigation by an outside agency that will investigate criminal cases influenced by predatory officers and account for the trafficking investigations they have compromised. Additionally, OPD must Publicly state that coercion and enticement of a minor is never the fault of the child.


The Anti Police-Terror Project is a group of concerned and committed institutions, organizations and individuals dedicated to ending state-sanctioned murder and violence perpetuated against Black, Brown and Poor people. We are a Black led, multi-racial, multi-generational coalition.

§Cat Brooks, Anti Police-Terror Project, on why community has gathered
by Dave Id 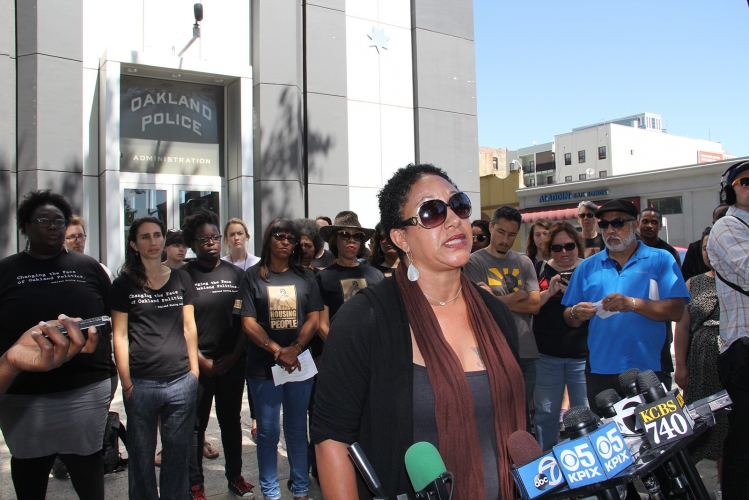 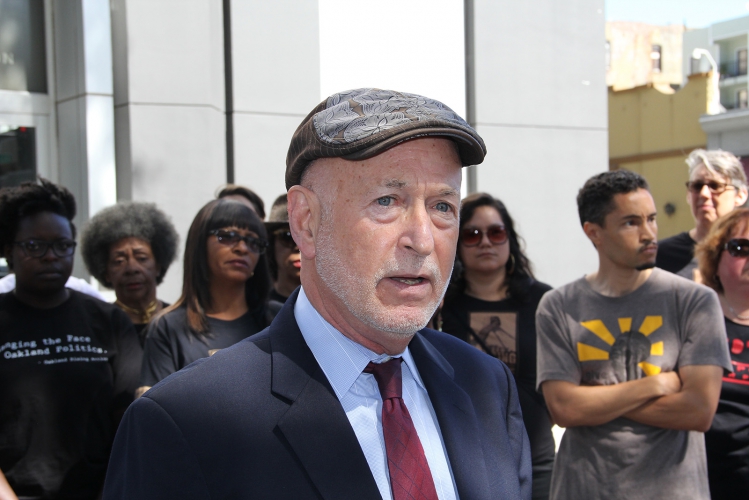 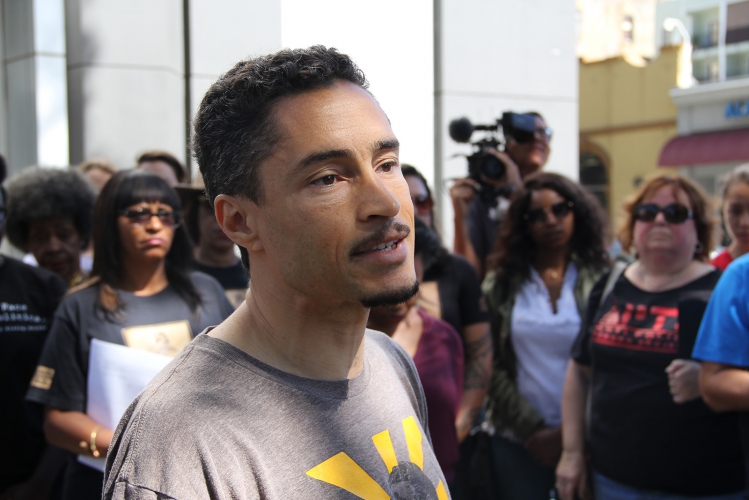 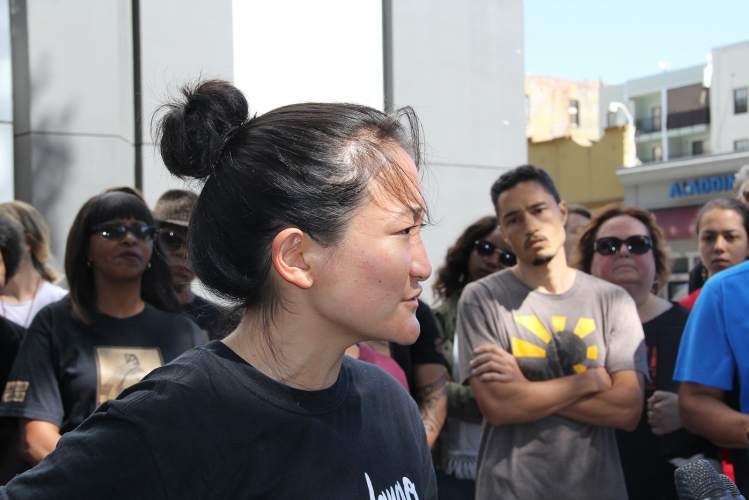 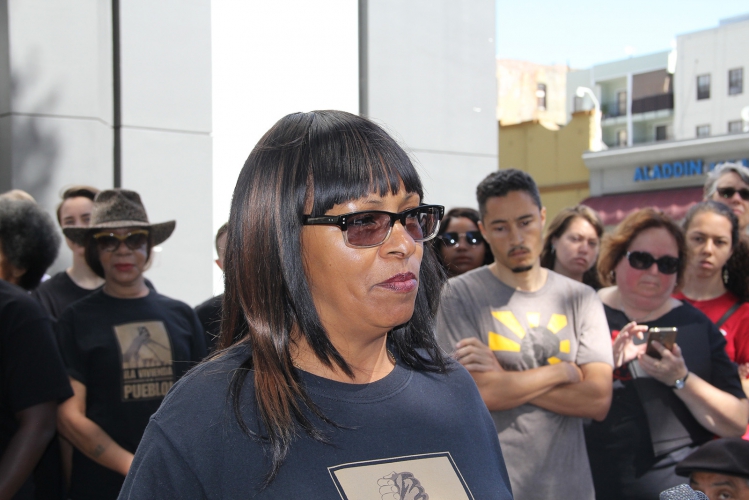 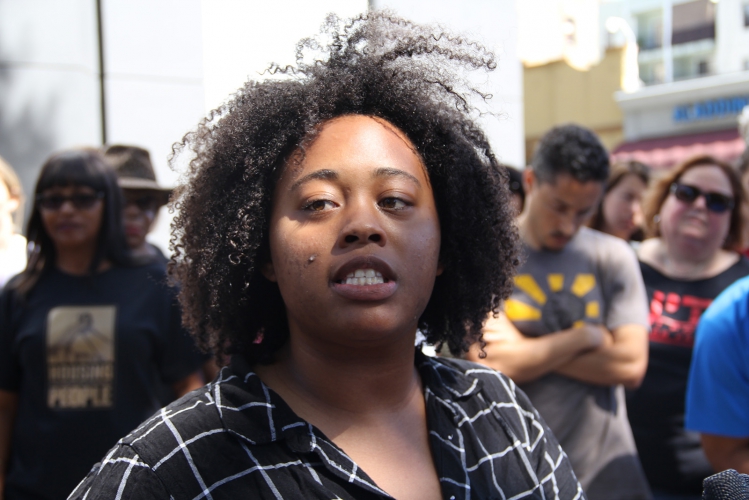 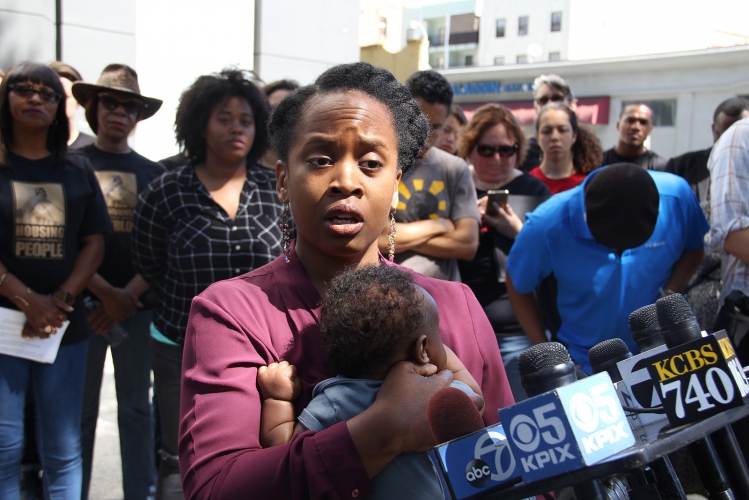 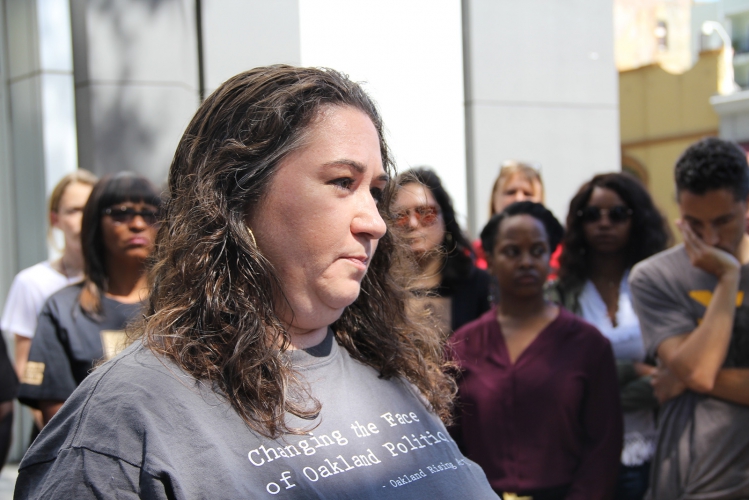 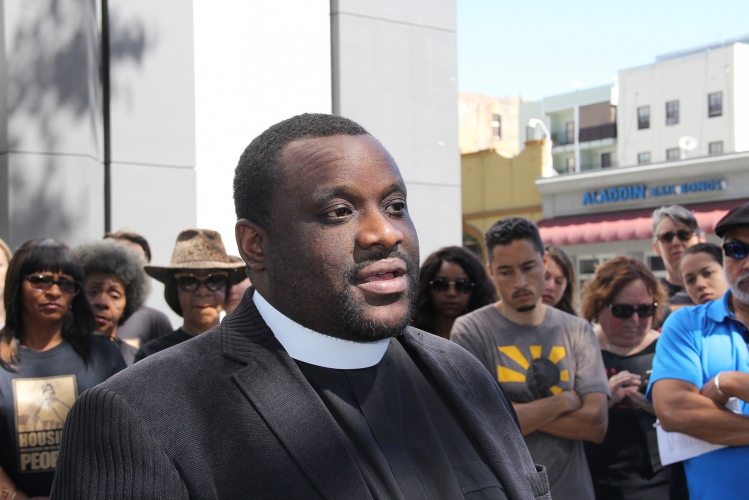