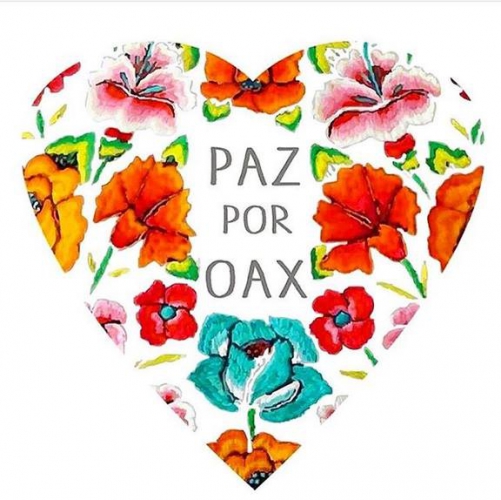 “Welcome to Oaxaca” 2016
Major State Repression in Oaxaca: Several Killed, Dozens Wounded and Detained
https://www.indybay.org/newsitems/2016/06/20/18787787.php
END_OF_DOCUMENT_TOKEN_TO_BE_REPLACED
Added to the calendar on Tue, Jun 21, 2016 8:26PM
§March for Oaxaca, Sat., July 2, 3pm, La Plazita, Watsonville
by SCC Driscoll's Boycott Support Committee
The state of Oaxaca, home for many of the farmworkers in Washington and Baja California behind the Driscoll's boycott, has been in turmoil in recent weeks. The radical teachers' union CNTE is leading a brave struggle in Oaxaca against the government's new neo-liberal education policies.

The Mexican state has responded with ferocious brutality. Many have been killed and others have been arrested or disappeared. Demonstrations in support of the Oaxacan people have sprung up all over Mexico and many cities around the world. Meanwhile, Mexican President Peña Nieto was greeted with open arms by his US and Canadian counterparts at the "Three Amigos" summit in Ottawa this week.

On Saturday, July 2, at 3pm in Watsonville, march in solidarity with our sisters and brothers in Oaxaca, starting at the Civic Plaza (La Plazita, 358 Main St.) and ending at Ramsey Park (1301 Main St.).

Hope to see you there!
END_OF_DOCUMENT_TOKEN_TO_BE_REPLACED
Add Your Comments
Latest Comments
Listed below are the latest comments about this post.
These comments are submitted anonymously by website visitors.
TITLE
AUTHOR
DATE
Carpooling from Santa Cruz
Michael Gasser
Support Independent Media
We are 100% volunteer and depend on your participation to sustain our efforts!