Add an Event
Newswire
Calendar
Features
Home
Donate
From the Open-Publishing Calendar
From the Open-Publishing Newswire
Indybay Feature
Publish to Newswire
Add an Event
Related Categories: East Bay | Global Justice & Anti-Capitalism | Government & Elections | Health, Housing & Public Services
Protesters Crash Oakland Chamber of Commerce Breakfast Set to Feature Mayor Libby Schaaf
by Oakland not for sale
Tuesday Mar 22nd, 2016 12:21 AM
Before 8am on Friday, March 18, over a hundred housing activists caught the Oakland Chamber of Commerce off guard at their "Oakland is open for business" breakfast for real estate developers. Protesters were able to completely shut down the 2016 Economic Development Summit at the Kaiser Building on Lake Merritt before Oakland Mayor Libby Schaaf could even give her opening remarks. Once inside, demonstrators took the stage. Lockboxes were used to block one of the main entrances to the conference room. Multiple chants, including "Housing is a human right," rang out. The shutdown was organized to interrupt the red carpet that Oakland is rolling out to businesses and developers while the Mayor and City Council refuse to declare a housing state of emergency or take any significant actions to halt the massive displacement of long-time Oakland residents currently disrupting communities across the city. 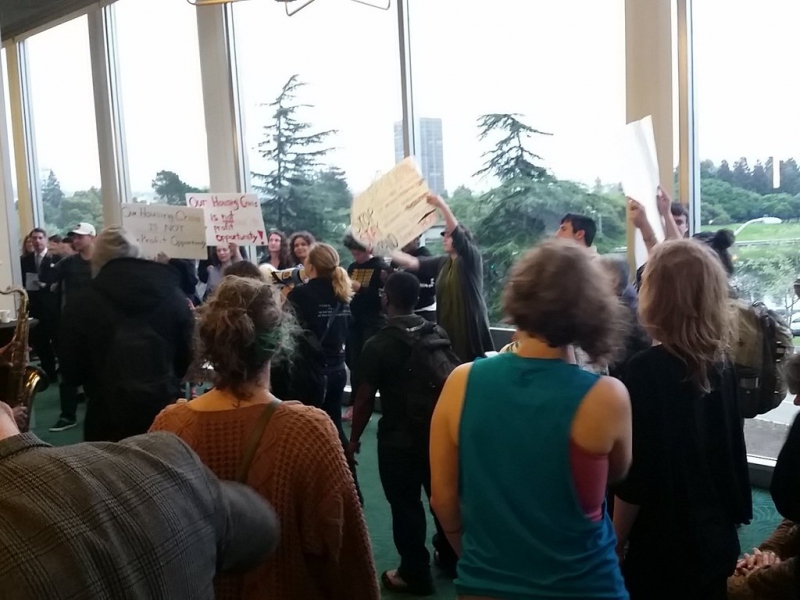 original image (1024x768)
All photos by Colleen Klus unless otherwise noted.
§Taking the stage before the show was set to start
by Oakland not for sale Tuesday Mar 22nd, 2016 12:21 AM 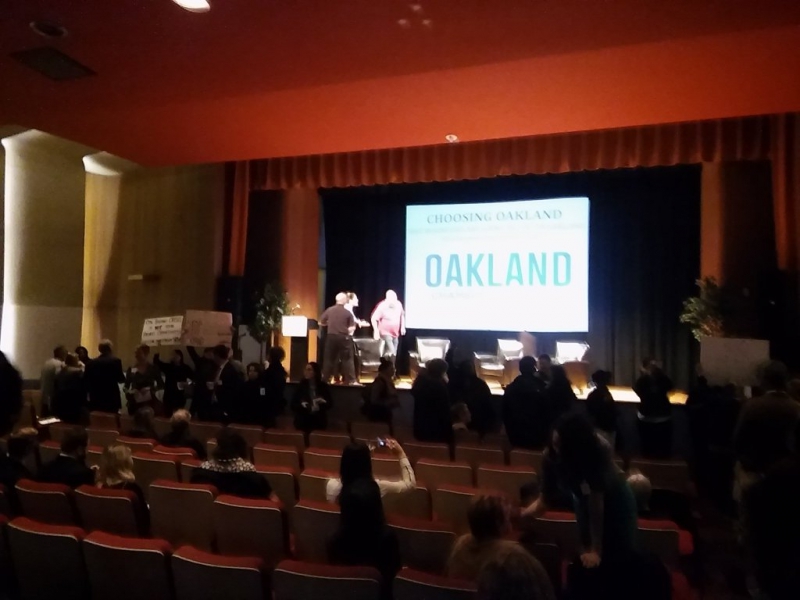 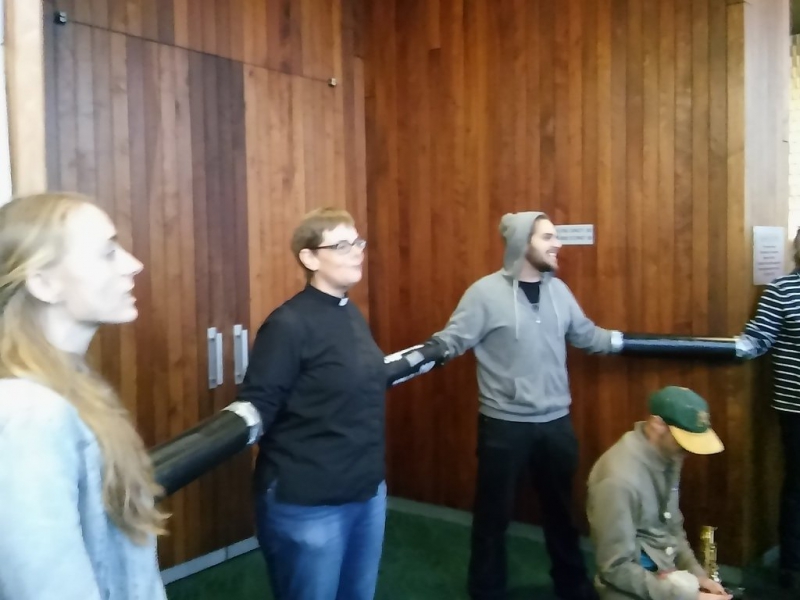 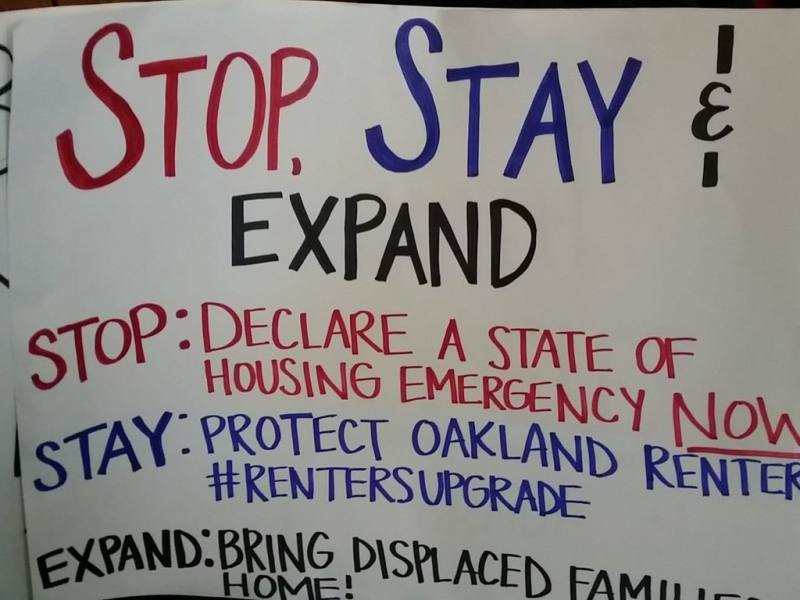 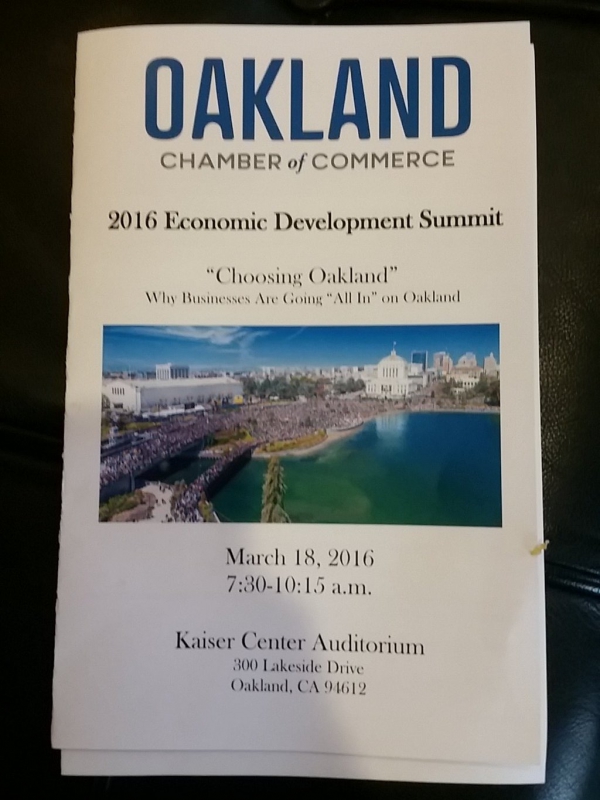 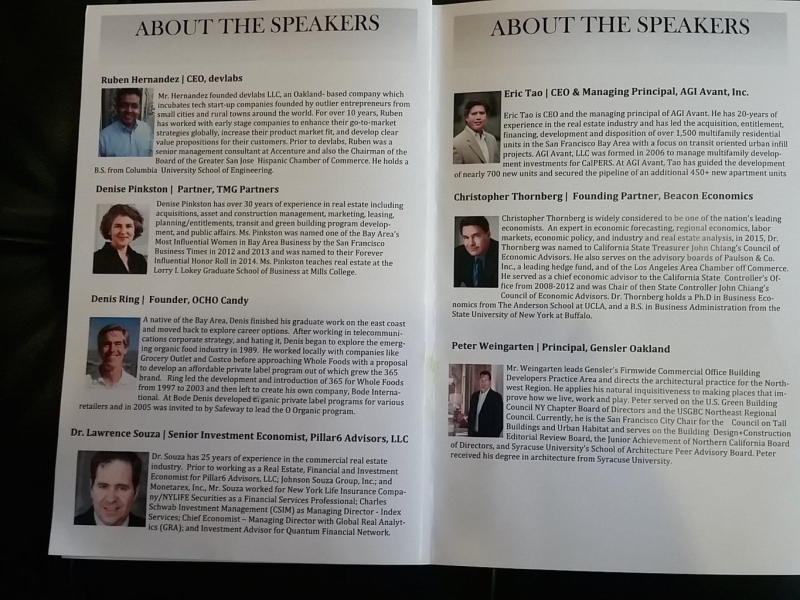 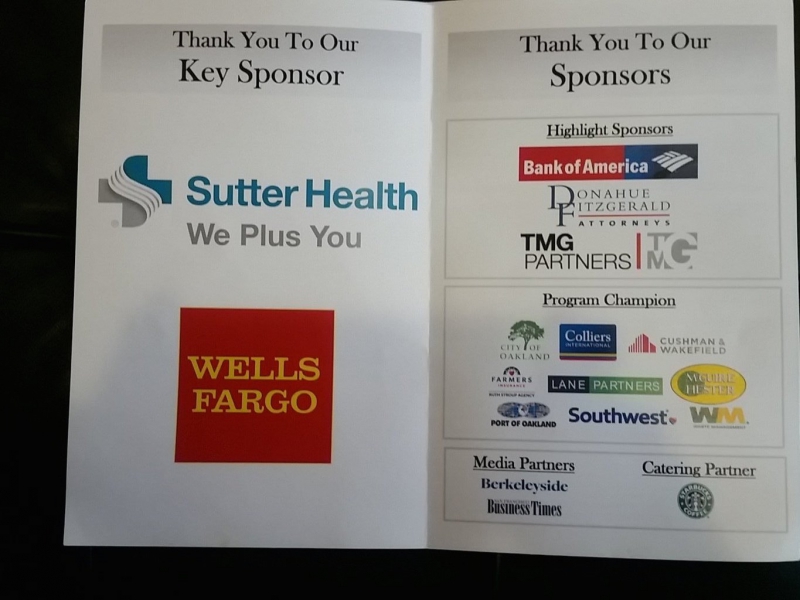 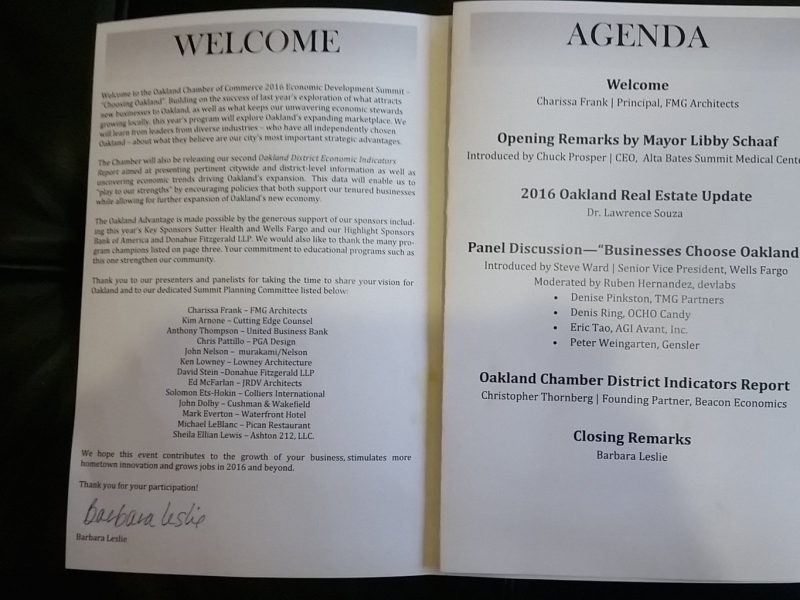 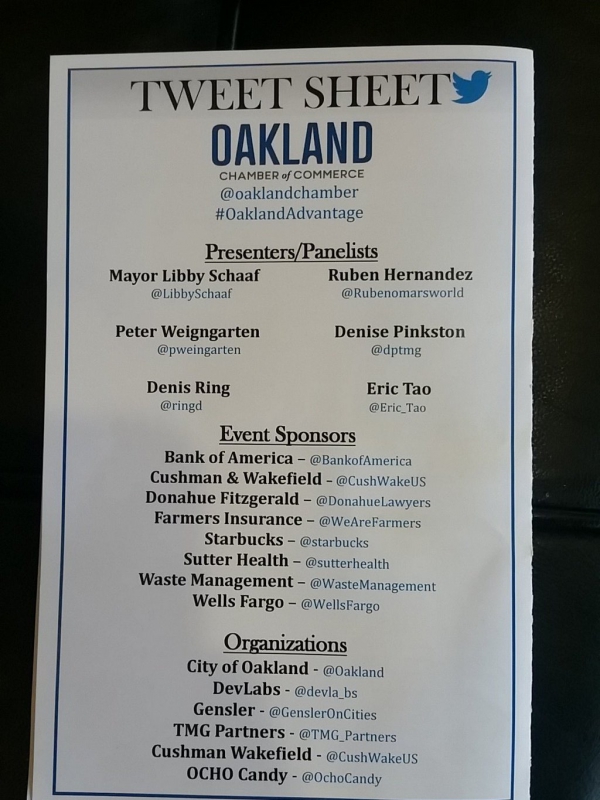 original image (1024x1365)
Add Your Comments
LATEST COMMENTS ABOUT THIS ARTICLE
Listed below are the latest comments about this post.
These comments are submitted anonymously by website visitors.