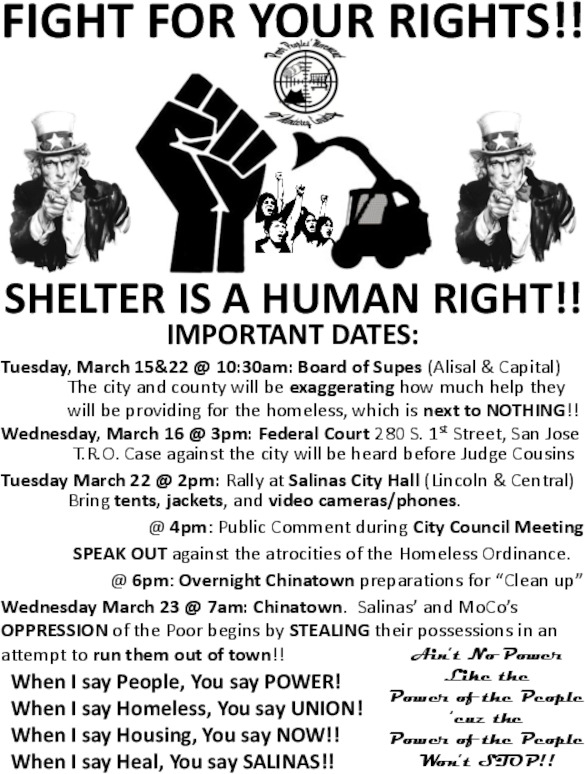 Download PDF (287.6KB)
See also http://www.thecalifornian.com/story/news/my-safety/2016/03/11/salinas-homeless-urged-stand-their-ground/81679316/ . To participate in the noon caravan to Salinas, call 831-423-4833.
Add Your Comments
LATEST COMMENTS ABOUT THIS ARTICLE
Listed below are the latest comments about this post.
These comments are submitted anonymously by website visitors.