Add an Event
Newswire
Calendar
Features
Home
Donate
From the Open-Publishing Calendar
From the Open-Publishing Newswire
Indybay Feature
Publish to Newswire
Add an Event
Related Categories: San Francisco | Animal Liberation
Animal Rights Protest in San Francisco
by D. Boyer
Sunday May 24th, 2015 11:42 AM
The animal rights activist group Direct Action Everywhere held their May Day of action in downtown San Francisco on Saturday May23rd. The activists traveled from cities in the US, Canada and even Denmark, to once again bring their “It’s Not Food It’s Violence” campaign to the streets of San Francisco.
Copy the code below to embed this movie into a web page:
Download Video (110.1MB) | Embed Video
Approximately 100 activists took their message to a Whole Foods Store in downtown SF, to a food court inside the Westfield shopping center, and to Union Square. This group is trying to create an environment where activists can say anything to protect the animals.

According to their website Direct Action Everywhere or DxE is a "grassroots network of animal rights activists working to challenge speciesism throughout society. We use creative protest to challenge the use of animals for food, clothing, experimentation, and entertainment."
This group has grown and can be found in 70 cities in 17 different countries throughout the world.

Their current campaign, It's Not Food, It's Violence has garnered attention from mainstream media entities such as the New York Times, Mother Jones and CNN. They take their protest inside restaurants, supermarkets and on the streets.

I talked with someone from Denmark who worked in a small dairy farm, and she said the egg farms are akin to extermination camps, and their is nothing humane about their practices.

In 2014 the Federal Bureau of Investigation put animal abuse as a top tier felony because studies have shown that people who kill or hurt other people usually tortured or abused animals prior to their crimes.

The FBI released an official definition of animal cruelty which includes the following information:
“Intentionally, knowingly, or recklessly taking an action that mistreats or kills any animal without just cause, such as torturing, tormenting, mutilation, maiming, poisoning, or abandonment. Included are instances of duty to provide care, e.g., shelter, food, water, care if sick or injured; transporting or confining an animal in a manner likely to cause injury or death; causing an animal to fight with another; inflicting excessive or repeated unnecessary pain or suffering, e.g., uses objects to beat or injure an animal. This definition does not include proper maintenance of animals for show or sport; use of animals for food, lawful hunting, fishing or trapping.”
§Outside Macy's in Union Square in San Francisco
by D. Boyer Sunday May 24th, 2015 11:42 AM 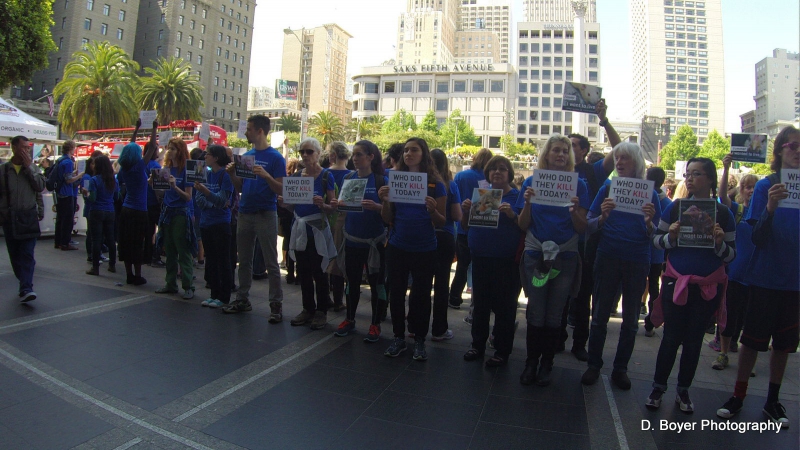 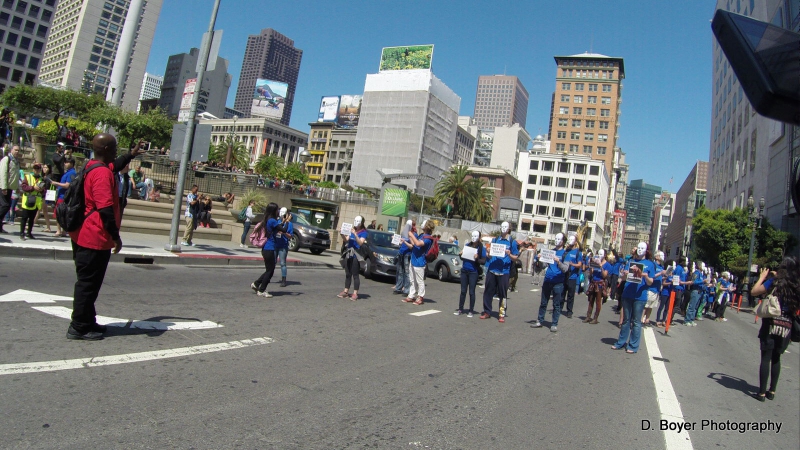 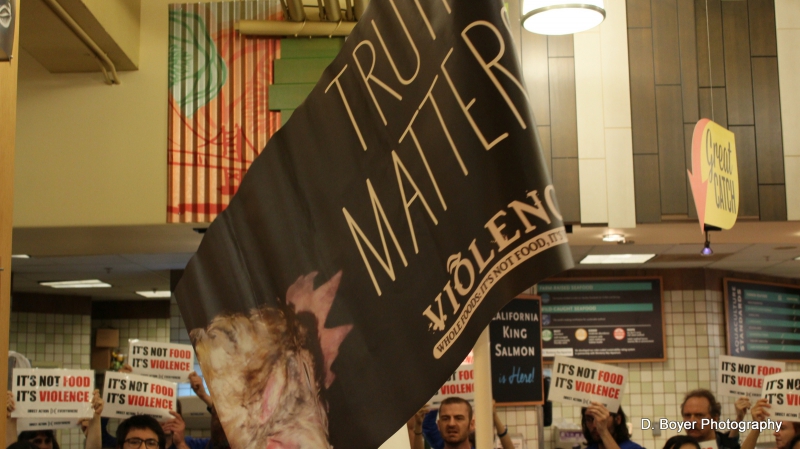 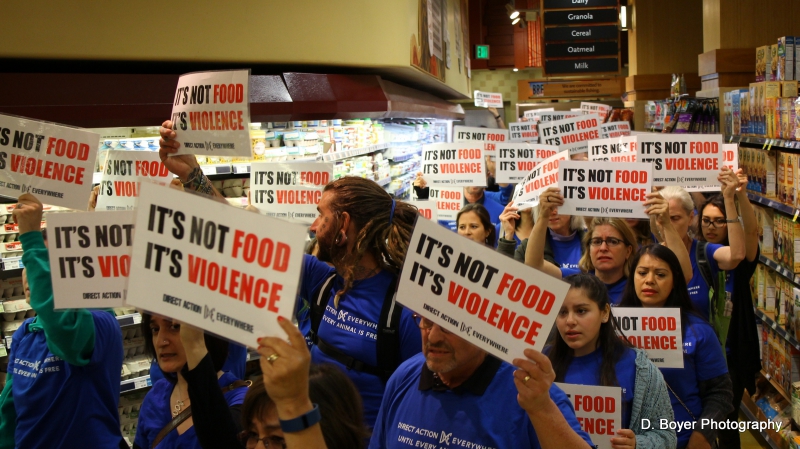 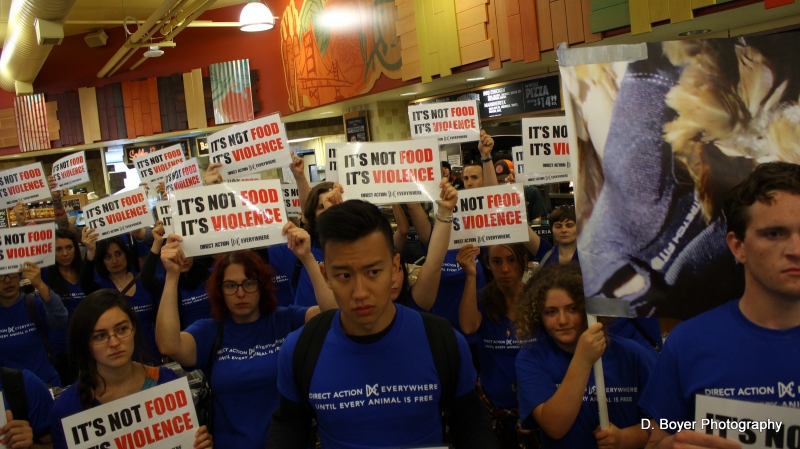 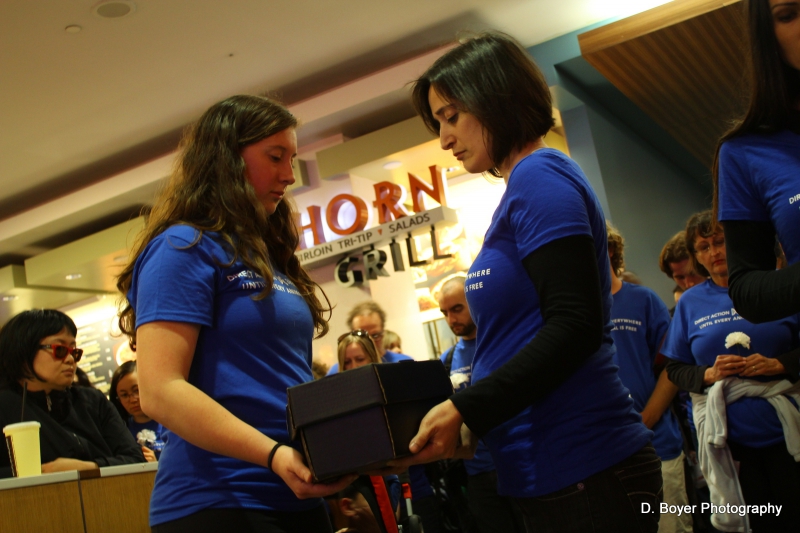 original image (1600x1067)
The group held a memorial service inside the food court in Westfield Mall for a chicken named Julia. They say Julia was rescued from an egg farm, but she died from ovarian cancer caused by the so-called humane practices Whole Foods uses to sell you eggs. The activists claim their is NOTHING human about egg farms.
§Taunted by Security
by D. Boyer Sunday May 24th, 2015 11:42 AM 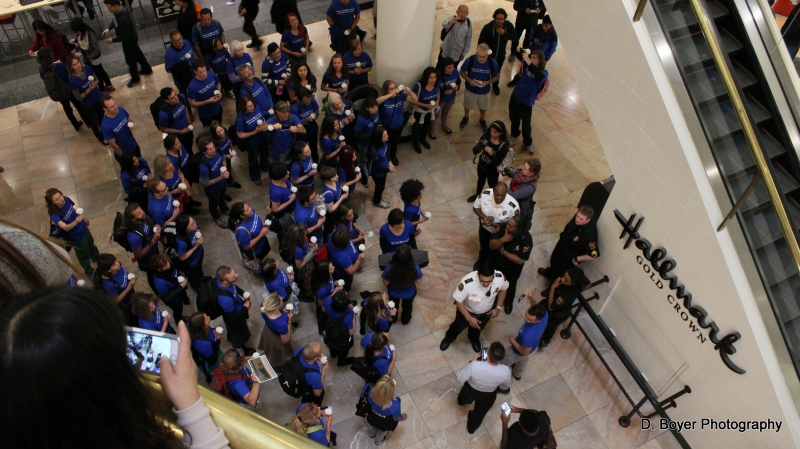 original image (1600x899)
The activists were heavily taunted and bullied by security inside Westfield Shopping Center
§They had a captive audience
by D. Boyer Sunday May 24th, 2015 11:42 AM 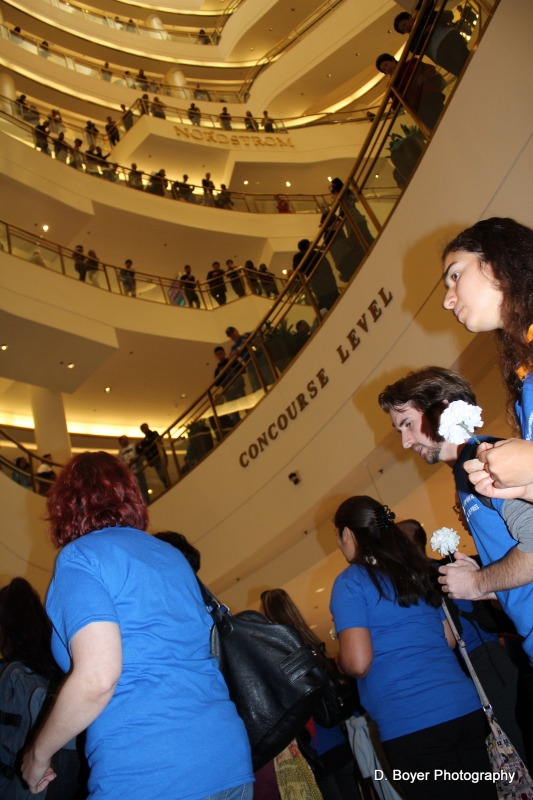 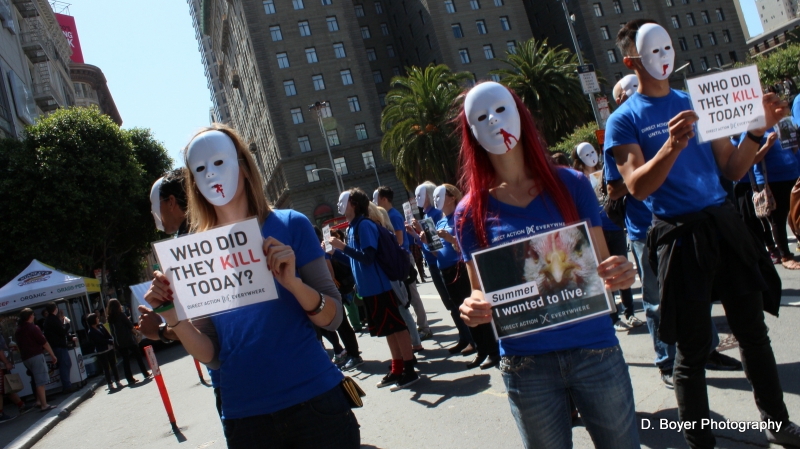 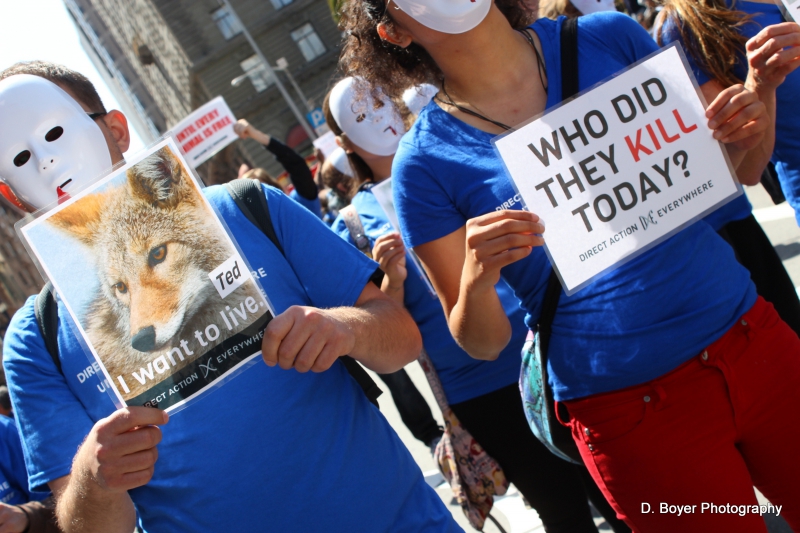 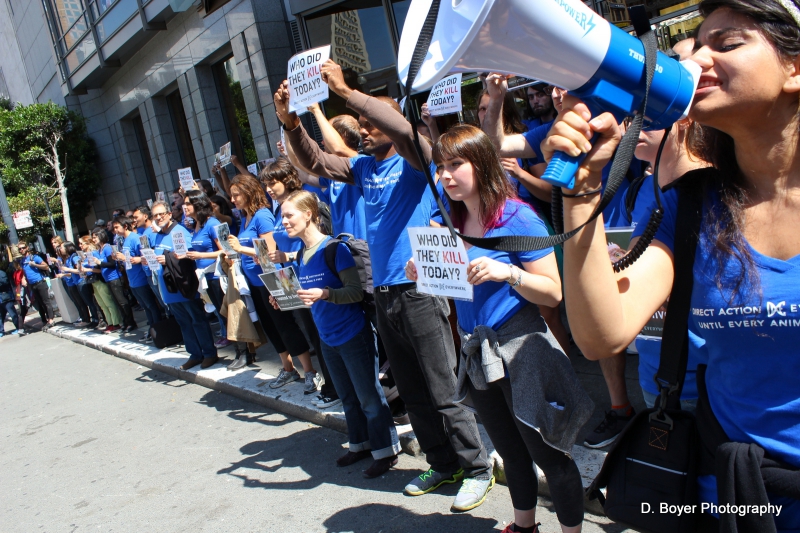 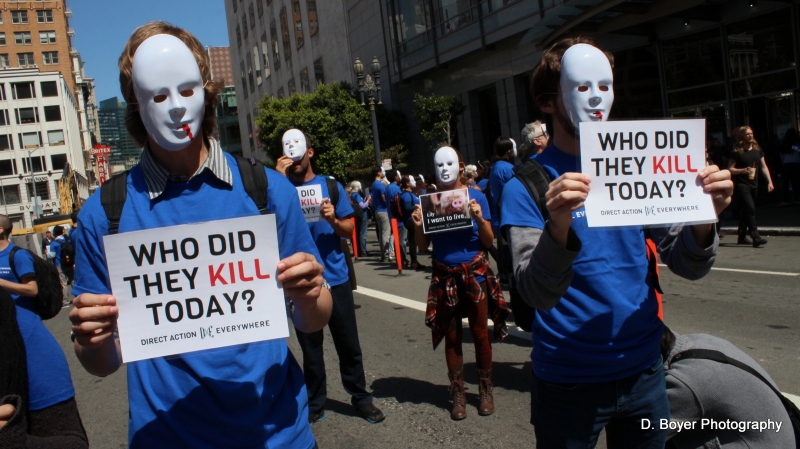 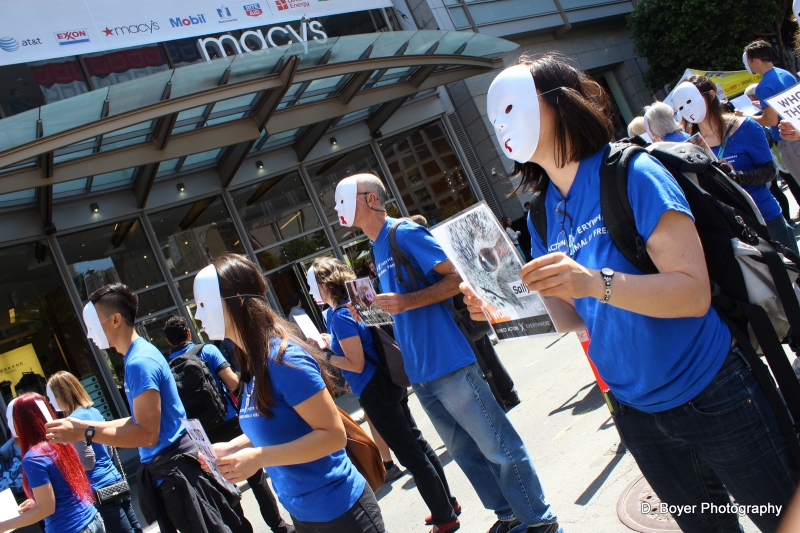