Add an Event
Newswire
Calendar
Features
Home
Donate
From the Open-Publishing Calendar
From the Open-Publishing Newswire
Indybay Feature
Publish to Newswire
Add an Event
Related Categories: Santa Cruz Indymedia | Education & Student Activism | Police State & Prisons
Supporting the HWY 6 at Their Second Court Appearance Together
by Alex Darocy (alex [at] alexdarocy.com)
Thursday Apr 9th, 2015 7:09 PM
The six UCSC students arrested and charged in association with the March 3 blockade of Highway 1 (where it meets Highway 17 in Santa Cruz) returned to court on April 8. As the six defendants and their attorneys made their second appearance as a group before Judge Denine Guy, a prosecutor indicated the District Attorney's office will not offer them a plea deal to reduce misdemeanor charges of resisting arrest and creating a public nuisance. The Santa Cruz DA also desires a restitution amount of $19,000 be paid. [Top photo: The HWY 6 defendants, family members, and supporters gather in front of the Santa Cruz Court House.] 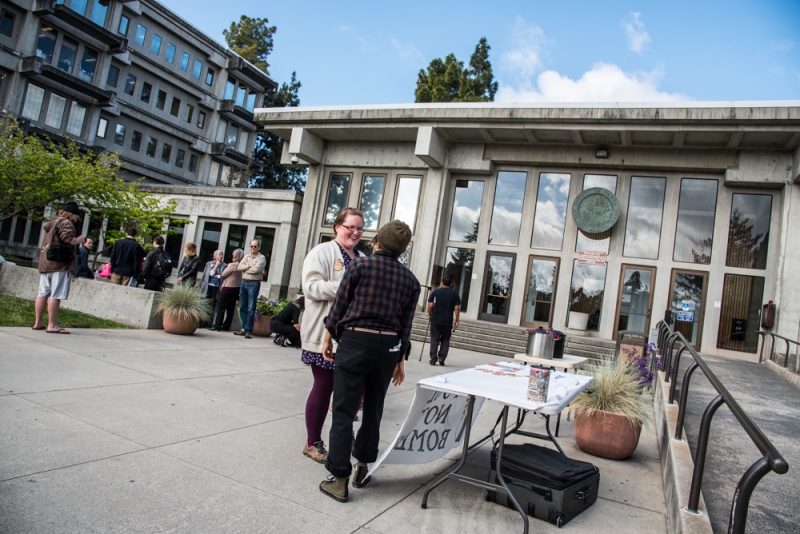 original image (1000x668)
Buttons were printed up and distributed that had the following messages on them: "Stop Political Repression At UCSC - Free The HWY 6!" "Slugs Against First Amendment Suppression - Drop the HWY 6 Charges," "Sit Down Fight Back - Support the HWY 6," and, "Repeal the Suspensions - Reject the Regents!"

Food Not Bombs arrived an hour before the students' scheduled appearance and served hot oatmeal as family members and supporters mingled near the entrance of the court house.

While the six students appeared upbeat and energetic before, after, and during their court appearance, they still face quite a few challenges. The University has suspended them until Spring of 2016, and if they return to school they will be forbidden from participating in any "political activity" on campus.

One of the defendants has suggested ways the six students can be supported:

* Talk to friends, faculty, and family about the suspensions, University repression, and the infringement on student's rights
* Attend upcoming rallies and hearings (dates TBA)
* Circulate their Go Fund Me: http://www.gofundme.com/oee2do
* Sign the Petition to drop the criminal and student judicial charges: http://www.change.org/p/cp-evc-alison-galloway-alma-sifuentes-santa-cruz-county-district-attorney-s-office-drop-the-criminal-and-student-judicial-charges-on-the-highway-17-six-students
* Donate money, groceries, or house supplies to help these students get back on their feet
* Write a statement of support, op-ed, or testimony for the student movement, the Black and Brown Lives Matter movement, the 96 hours of action, and/or civil disobedience
* Write a testimony of your experience with higher education debt and public education
* Have your student or community organization write a solidarity letter or organize a fundraiser for the Slugs who are being punished for speaking up for student’s rights and/or denouncing student repression
* Write a character statement for a member of the HWY 6 (detailing your experiences with them, and their impact on your life/community)
* Make art, music, crafts and spread the word about student repression
* Change your profile picture to one of the support pictures!

The March 3 highway blockade took place during the "96 Hours of Action" student demonstrations at UC Santa Cruz, which were organized to oppose education cuts, tuition increases, and the intersection with racist, institutional police violence.


For more information about the 96 Hours of Action demonstrations, see: 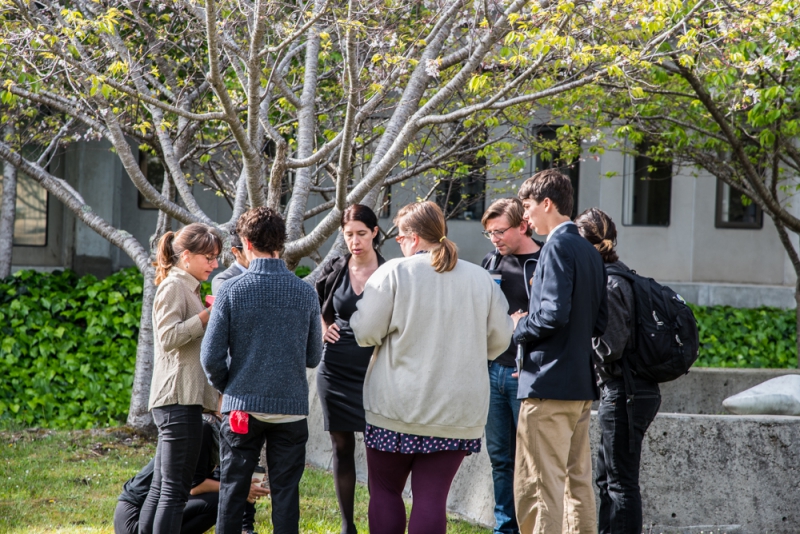 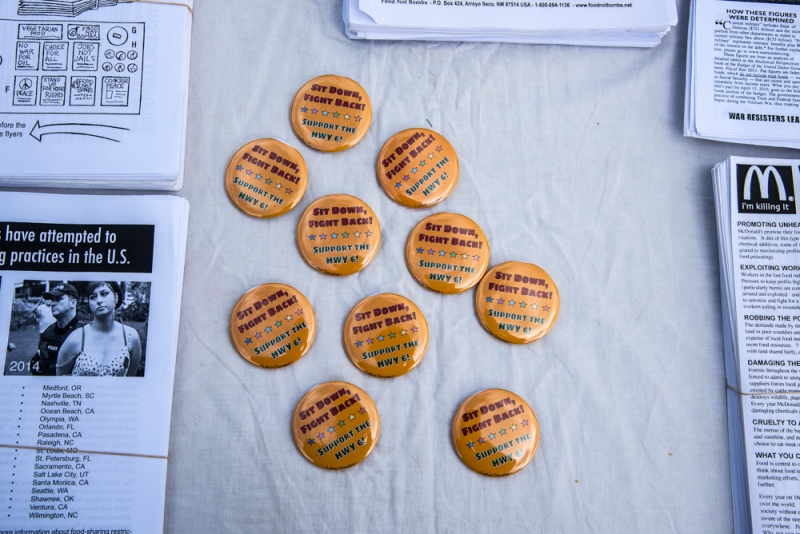 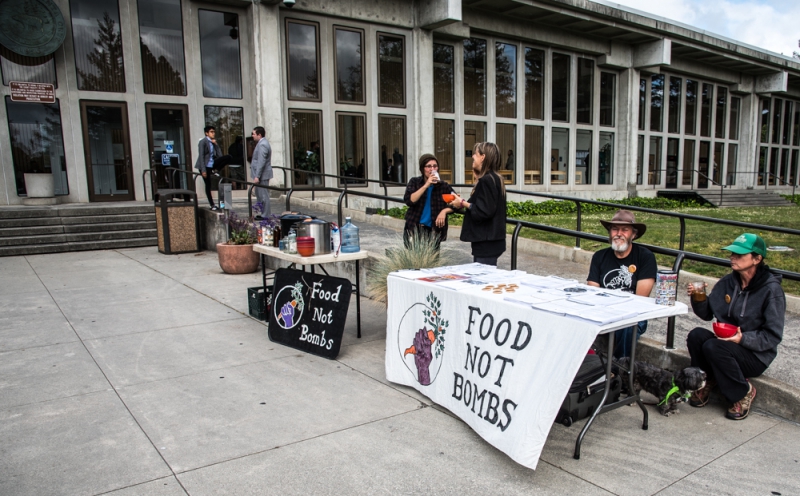 original image (1000x621)
Add Your Comments
Support Independent Media
We are 100% volunteer and depend on your participation to sustain our efforts!