§SF CPUC Protest-Peevey Out Now! Peevey Out Now At CPUC
by No Nukes Action Committee Tuesday Sep 30th, 2014 8:08 AM 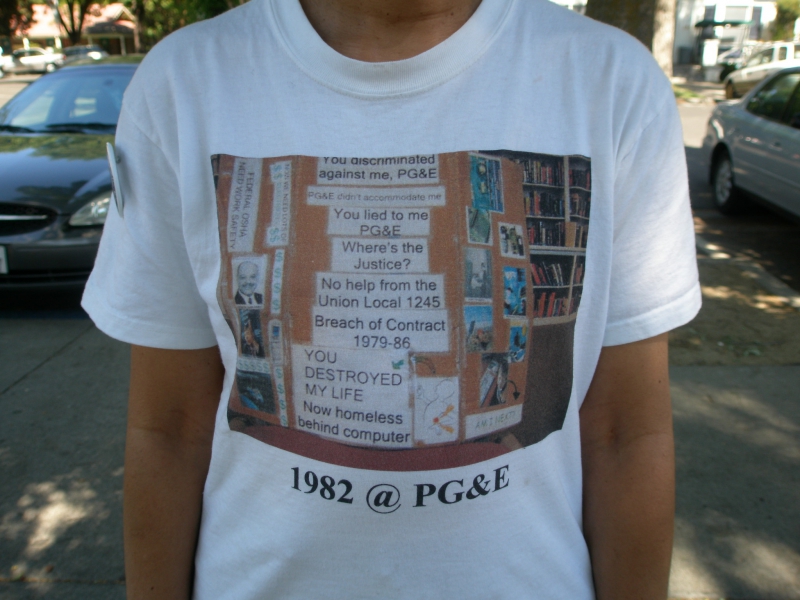 A coalition of organizations are organizing a protest to demand the immediate removal of CPUC chair Michael Peevey. Peevey who was formerly the CEO of the utility Southern California Edison SCE has had a long record of conflicts of interest with the utilities including PG&E, SCE and the telecom industry and also has colluded with those the commission is supposed to regulate to protect them. He has also sought to manipulate administrative judges to protect these companies in Commission hearings. There will be a speak out at the CPUC and then participants will attend the CPUC meeting

10/2 SF CPUC Protest-Peevey Out Now!
Peevey Out Now At CPUC
No More Corruption By Management And CPUC Tops
Criminal Investigation and Prosecution of Conflicts of Interest and Criminal Negligence

Michael Peevey who is the chair of the California Public Utility Commission has a long record of conflicts of interest. He has taken trips funded by foundations run by the utilities and also colluded with PG&E and SCE to prevent proper regulations of these privately owned utilities which run nuclear plants and are in charge of our gas and electricity supply.

The latest scandal is that emails show that the management of the CPUC and Peevey have been involved in picking administrative judges that will be favorable to these same companies in cases in before the commission.

Because of this corruption, San Mateo Assemblyman Jerry Hill has called for an criminal investigation by California Attorney General Kamala Harris of Peevey and the agencies top officials. Even the employees of the CPUC are demanding the removal of Peevey and an end to the corruption.

It is time that he be immediately removed from his position and we call on Governor Brown to remove him and support a criminal investigation of Peevey and others who colluded with the utilities. They threaten the health and safety of all people in California from the people of San Bruno where PG&E criminal negligence caused a massive explosion, deaths and destruction. Additionally health and safety whistleblowers at the utilities and other companies regulated by the CPUC have been retaliated against for speaking out for the health and safety of the workers and the public and we need to defend the whistleblowers who are putting their jobs on the line to protect the public.

On October 2, 2014 there will be a press conference and protest at the CPUC to demand the removal of Michael Peevey and for criminal investigation and prosecution of all those officials who have conflicts of interest at the agency. Even the staff of the CPUC are angry about this corruption and are demanding that Peevey go so the agency can do it's work without officials who are really representing the utilities.

Governor Brown who is in charge of Peevey continues to stonewall any action despite this blatant corruption and criminal negligence and the people of California have the to ask who Governor Brown is really representing?

Join The Press Conference and Rally
Thursday October 2, 2014 8:30 AM
California Public Utility Commission
505 Van Ness/McAllister St.
San Francisco, California
Speak Out At CPUC at 9:30 AM
To Register To Speak At CPUC
https://ia.cpuc.ca.gov/requesttocomment/ 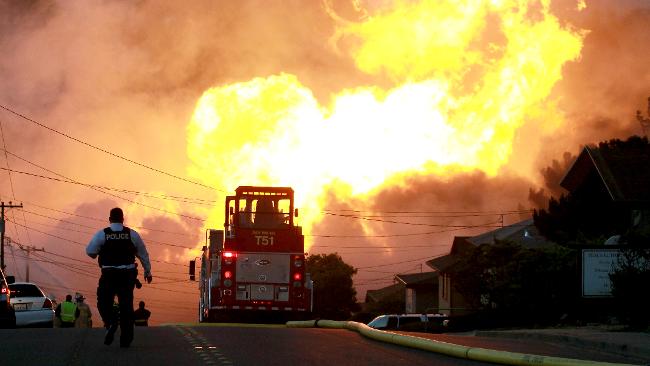 PG&E executives and management were criminally negligent in causing the explosion that killed and injured people in the San Bruno community as well as destroying many homes. PG&E retaliated against it's workers who exposed health and safety violations and dangers in order to silence them and prevent the proper maintenance of the gas pipe lines.
http://www.sfgate.com/bayarea/article/CPUC...
§Diablo Canyon Nuclear Plant Run By PG&E
by No Nukes Action Committee Tuesday Sep 30th, 2014 8:08 AM 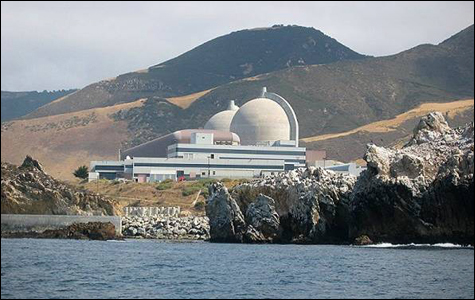 The Diablo Valley Nuclear Plant has earthquake faults directly under the plant and the nuclear regulatory agency managers have hidden a study by their own staff to cover this up. The CPUC under Michael Peevey has also conspired with PG&E to keep the plant running despite the real health and safety dangers and the retaliation against PG&E workers who have spoken out about the dangers
http://www.sfgate.com/bayarea/article/CPUC...
§Nuclear Power Industry
by No Nukes Action Committee Tuesday Sep 30th, 2014 8:08 AM 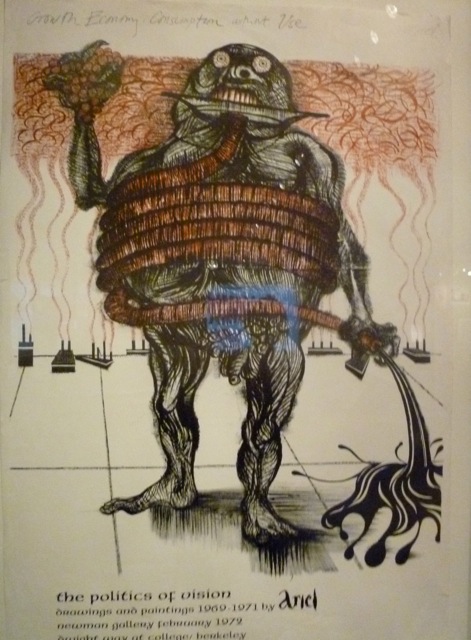 The nuclear power industry controls the CPUC and other regulatory agencies.
http://www.sfgate.com/bayarea/article/CPUC...
§Demand For Accountability By CPUC
by No Nukes Action Committee Tuesday Sep 30th, 2014 8:08 AM 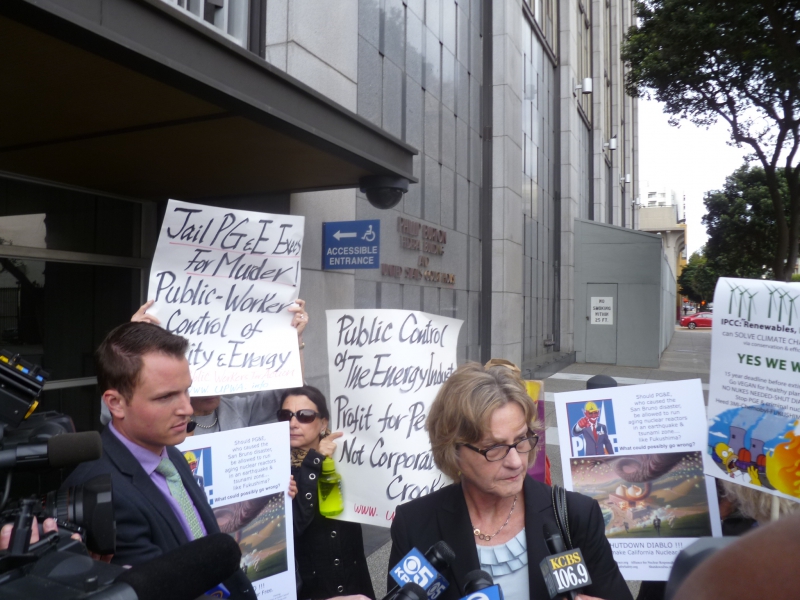 original image (2048x1536)
The CPUC chair and top officials have conspired to prevent accountability by PG&E, SCE and the Telecom industry.
http://www.sfgate.com/bayarea/article/CPUC...
§Demonstrate Thursday Morning Against CPUC Corruption
by J Hart (info [at] stopsmartmeters.org) Tuesday Sep 30th, 2014 12:32 PM
Stop Smart Meters! and allied groups are calling for people to demonstrate outside and speak inside at the CPUC’s October 2nd regular business meeting to demand an end to Michael Peevey, and an end to the sleaze and corruption that line the CPUC’s halls.

Rumor has it that the California Public Utilities Commission (CPUC) is preparing to make a decision in the smart meter opt out proceeding case, after delaying for more than a year.

Stop Smart Meters! and allied groups are calling for people to demonstrate outside and speak inside at the CPUC’s October 2nd regular business meeting to demand an end to Michael Peevey, and an end to the sleaze and corruption that line the CPUC’s halls.

Remember the public participation hearings in December of 2012 where more than 500 Californians spoke out against smart meters and the “opt out” fees that the utilities are using to prop up a hazardous and failing smart grid?

Now nearly two years later, and the CPUC has failed to rule on the issue and remained silent about the serious risks brought to its attention by the public, whistleblowers, and local politicians. Perhaps they are hoping that if they drag this out long enough, people (and their complaints) will just go away. Just the reverse is more likely. If you ignore a festering wound, it just gets worse.

The CPUC that has been roundly criticized by the media, the public, and even its own staff over inappropriate and illegal collusion between Commissioners and PG&E as part of the San Bruno case. This echoes our own experience of collusion between PG&E and the CPUC during the “Ralph” spy case in 2010, where it appeared that CPUC staff, paid by taxpayers, were actually working for PG&E rather than the public.

Meanwhile, neighboring Nevada has launched an inquiry into dozens of fire and electrical incidents from smart meters after a 61 year old woman and her animals were killed and a man’s face was burned in Reno earlier this year.

The house of cards is falling, all it needs is a little nudge from you, California:

DEMONSTRATION Thursday, October 2nd 8:30am 505 Van Ness Ave. in San Francisco at the corner of McAllister under the Great Seal of the State of California. Meeting starts at 9:30am. Sign in at the table in the foyer, but even if you don’t, you are entitled to speak for at least one minute if you arrive before the end of public comment. Yes we know it is a toxic atmosphere there (in more ways than one) but especially if you have never spoken out at a meeting, it is important to get the facts on the record.

Here is some of what we plan to say:

1) Demand that Michael Peevey and Michael Florio immediately resign, as they have shown repeatedly that they are not capable of making decisions in the public interest.

2) Demand an end to extortionate “opt out” fees and a full refund to any customer who has paid them with the incorrect assumption that these are legal fees.

4) Immediately launch an independent investigation into the widely documented health and fire hazards of smart meters. (Nevada PUC has ordered a preliminary fire investigation this week)

If you can’t attend the meeting (or even if you can) write an e-mail that includes the above numbered points and send to CPUC Commissioners:

CPUC Commissioners (cut and paste into the “to” field of your e-mail):

Please Cc Sandoval’s aide and key legislators from the Assembly Budget Subcommittee that grilled the PUC last year. (cut and paste into your e-mail’s Cc field)

Thank you for taking action to remove Michael Peevey and to return sanity and safety to the policy debate around smart meters. See you on the 2nd!

https://www.indybay.org/newsitems/2014/09/...
Add Your Comments
Support Independent Media
We are 100% volunteer and depend on your participation to sustain our efforts!