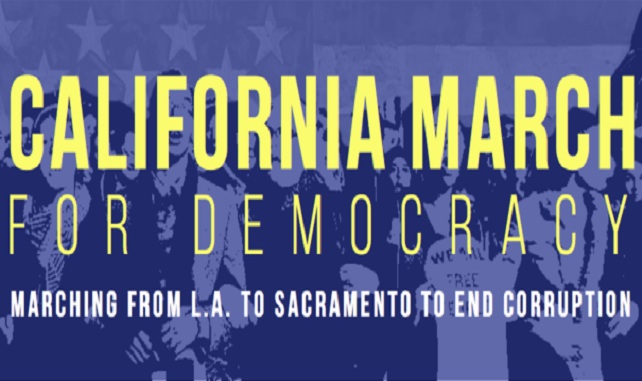 Coming to Sacramento on the 22nd for the March For Democracy from the Bay Area ?
Get on the bus !

A bus has been scheduled that will leave the Oakland MacAurthur BART Station at 11am sharp, and pick up more folks at Walnut Creek BART at 11:25am.

We will return to W.C. BART at 7:05pm and McAurthur BART at 7:30pm. This bus will allow you to go directly to the capitol rally site, or join the march for the last mile! This is a free / sliding scale donation bus. We will pass a hat on the bus.

Click on the link, then click JOIN on BUS and then fill out the form to reserve your seat:
Carpool link: http://www.groupcarpool.com/t/x6qgkn