Add an Event
Newswire
Calendar
Features
Home
Donate
From the Open-Publishing Calendar
From the Open-Publishing Newswire
Indybay Feature
Related Categories: San Francisco | Global Justice & Anti-Capitalism | Health, Housing & Public Services
Eviction Free San Francisco Protests at the Home & Office of David McCloskey / Urban Green
by Eviction Free SF
Monday Jun 9th, 2014 12:09 PM
On June 7th, at 1pm, activists from Eviction Free San Francisco arrived at the home of David McCloskey, CEO of Urban Green Investments. They then proceeded to his office in the Marina, and continued the protest there in the midst of the Union Street Festival. They left a sign on his door: "Would you evict your grandparents?" It seems, by his actions, that he would. 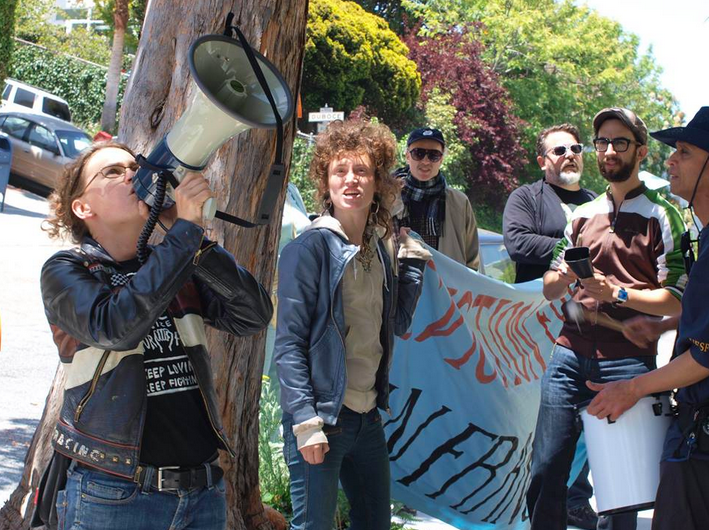 David McCloskey of Urban Green Investments is currently Ellis Act evicting a 98-year-old woman from her home at 55 Dolores Street. Mary Elizabeth Phillips has nowhere else to go. Activists descended upon his home at 109 Alpine Terrace and his office at 1746 Union Street on Saturday the 7th, demanding that he rescind the eviction immediately.

Don’t let your neighbor evict elders and people with disabilities for profit. What kind of city pushes their elders on to the streets? We can stop this! As Mary says, "This has been my home for over 40 years and I don't want to leave. . . I am just too old." Hear her own words here: http://youtu.be/UqdwaaUK8LI

This protest was situated between two other protests, directly targeting the homes and offices of evictors and developers responsible for mass displacement and growing class inequality in the city of Saint Francis. On June 6, activists stormed the offices of Maximus LLC at 345 Vidal at ParkMerced. Maximus, led by Robert Rosania in NYC and Seth Mallen at ParkMerced and Stellar, is planning bulldozing the area surrounding the 16th Street BART Plaza to create luxury housing. In the process, they have contracted Jack Davis to lead the Clean Up the Plaza Coalition, kicking homeless people out of the Plaza, and increasing police presence and racial profiling. As we protested the office of Maximus in ParkMerced, activists left the letter that we read aloud at the NY office of Robert Rosania.
More here: http://www.indybay.org/newsitems/2014/06/08/18757077.php.
And a film here: http://vimeo.com/97600545

The day after protesting Urban Green, CounterForce arrived at the home of Thomas Fallows, the man behind Google Express. Fallows has Ellis Act evicted four buildings, and is now looking to profit off of Google's newest home delivery service. As we said, "Thomas Fallows is a man who has used the Ellis Act to evict the occupants of four buildings filled with dozens of people and their lives. He caught our attention by not only being a Google employee but also for being a stark example of the entitled and greedy tech-entrepreneurs inhabiting San Francisco." 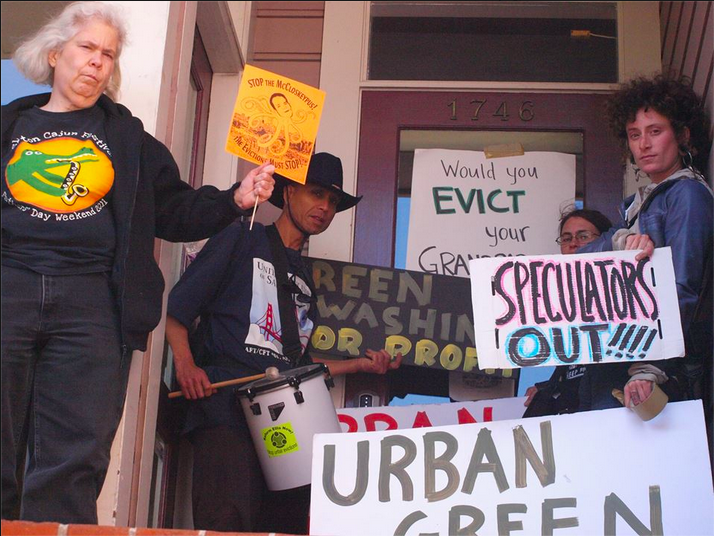 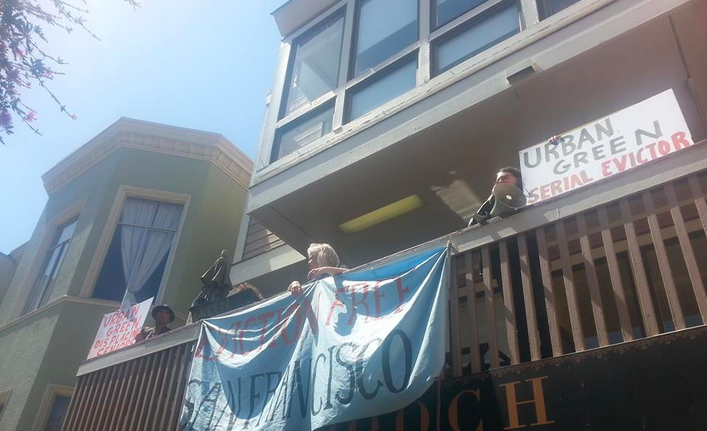 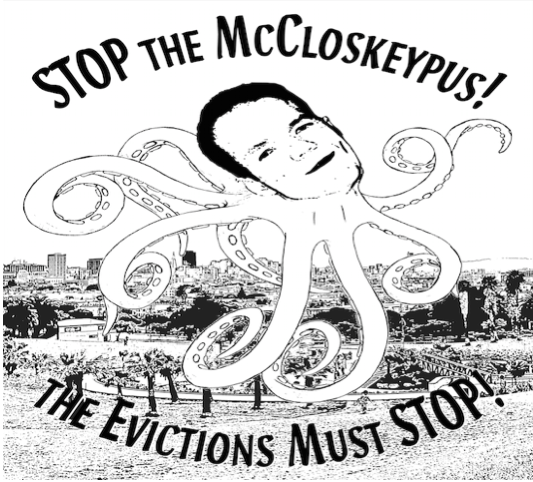 https://antievictionmap.squarespace.com/da...
Add Your Comments
LATEST COMMENTS ABOUT THIS ARTICLE
Listed below are the latest comments about this post.
These comments are submitted anonymously by website visitors.