Add an Event
Newswire
Calendar
Features
Home
Donate
From the Open-Publishing Calendar
From the Open-Publishing Newswire
Indybay Feature
Publish to Newswire
Add an Event
Related Categories: California | East Bay | Health, Housing & Public Services | Media Activism & Independent Media
Coup at KPFA - fight back
by Miguel Gavilan Molina by repost
Friday May 23rd, 2014 9:15 PM
Berkeley- A Statement By Miguel Gavilan Molina, Executive Producer for La Onda Bajita, and Senior Producer for Flashpoints and Flashpoints in Espanol, concerning the removal from the air of the Morning Mix of diverse voices, aired weekdays at 8am. Broadcast between 5pm and 6pm at 94.1 FM on Friday May 23rd, 2014. 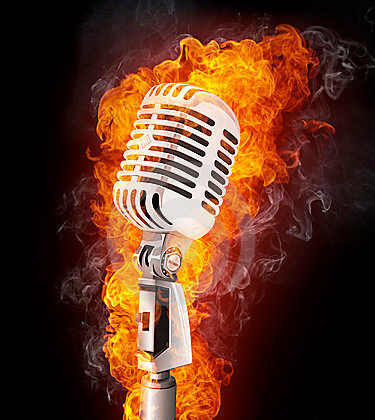 Stand Up And Fight Back For Free Speech Radio

"This is Miguel Gavilan Molina. It has come to my attention that this past Wednesday - the same day that Pacifica's new interim executive director was introducing the staff of KPFA to the three finalists for the general manager position - KPFA's outgoing interim manager was slashing and scattering the Morning Mix and removing it from the morning.

Whose idea was it to make major changes and have them put in place by a manager in his last days at KPFA? Regardless of who decided this, what reason was there to rush it through, with no prior notice to listeners, instead of waiting for the new manager to come in?

The co-hosts of the Project Censored Show, part of the Morning Mix on Friday mornings, were told by the interim General Manager last Friday that they were pre-empted for the final week of the fund drive, but were moved to the 1 P.M. slot for that week only, and that no program changes would be implemented until a new manager was in place.

I ask, as a former child farmworker, who toiled in the fields of misery, and as a producer on Pacifica for over thirty years: Who is running KPFA? Who is making the decisions?

And what do those people who are killing the Morning Mix, think they are doing to the morale for our newest group of emerging producers? Once again, mostly white people are deciding for the entire KPFA community—mostly black and brown – how things are to be run at KPFA.

It is time to defend this station or lose it: the white-minority ruling group does not have the right to drive through their own changes, which now include destroying the Morning Mix.

One of the Morning Mix crew, Sabrina Jacobs, is now calling for support by the black, brown, Asian, and progressive white staff and the community, to rIse up and support the Morning Mix.

I quote our colleague, Sabrina Jacobs:

“The People of Color that are affiliated with KPFA and Pacifica Radio will not be silenced until the questions of all those concerned are answered. The world outside of this “bubble” that has been created where white supremacy reigns will cease to exist when the necessary changes are made and our demands to be treated equally are heard and executed, post haste.”

Dr. Marc Sapir, a long time generous supporter of KPFA, and a long time activitist said in a widely distributed statement: “The stepping forward of minority programmers along with the rest of the Mix staff can be a signal that this resistance is possible and this could lead to a much improved station and network...”

STAND UP AND FIGHT BACK FOR FREE SPEECH RADIO: LONG LIVE THE MORNING MIX.

After this statement on air Miguel continues to discuss this with Dennis Bernstein on his program; hear more at
http://www.kpfa.org/archive/id/103089 ;statement at about 28 minutes and 35 seconds into the program.

ACTION PLANNED:
Come to KPFA at 7:00am Monday morning (or as soon afterwards as you can) to support the Morning Mix hosts in objecting to their treatment by KPFA.
1929 Martin Luther King Jr Way at Berkeley Way in Berkeley.
http://unitedforcommunityradio.org
Add Your Comments
LATEST COMMENTS ABOUT THIS ARTICLE
Listed below are the latest comments about this post.
These comments are submitted anonymously by website visitors.