Sin Barras, an organization that has been leading the campaign to fight jail expansion locally, has a counter-proposal: Rather than expand and reopen unused jail facilities, our county needs to truly invest in our community by funding employment, affordable housing, and mental health & drug treatment.

In response to the BSCC's January 16 recommendation, Sin Barras and other community members demonstrated later that day at the Clock Tower in downtown Santa Cruz to say, "NO MORE MONEY FOR JAILS!" 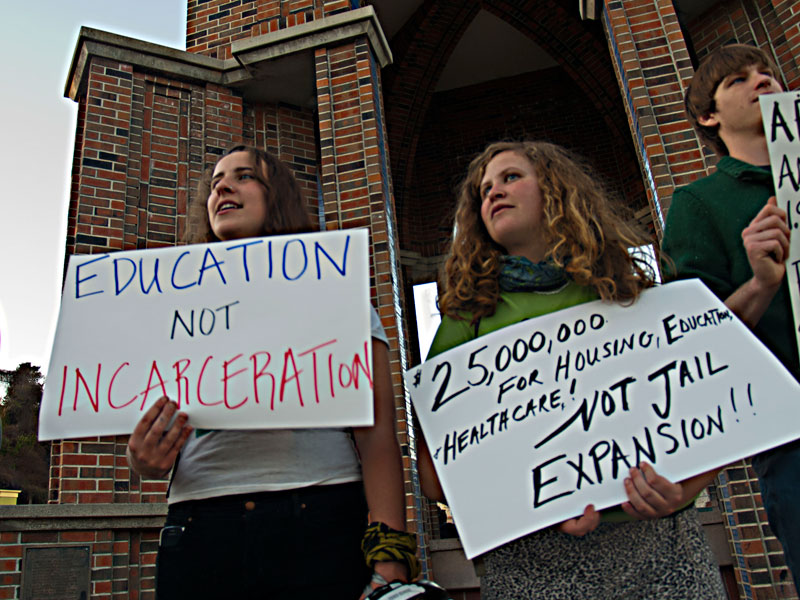 
The Sheriff’s Office, which operates the county’s adult jail facilities, say the grant money from the state would be used to relieve the overcrowded Main Jail in Santa Cruz, and to expand upon education and job training programs offered at the jail.

In a Santa Cruz Anti-Jail Expansion Info Sheet handed out by Sin Barras during the demonstration, the group answers some important and common questions.

All jails are unsafe: imprisonment breaks up families and communities, causes people to lose their jobs and homes, and exacerbates mental and physical health issues.

Critical programs and social services, like permanent affordable housing and drug treatment programs continue to go underfunded. We agree that California needs sentencing reform, but we disagree that California voters should pay millions of dollars for a jail expansion due to legislative inaction.

The proposal’s promise of more programming in the main jail depends on space being freed up by the removal of temporary beds from “day areas”. But the proposal can’t guarantee a reduction in Santa Cruz County’s overcrowded population over the long term, and were the jail population to rise for any reason, there would be nothing to stop those temporary beds from going right back into the “day areas”.

For much more information on the proposals for and against jail expansion, including video and photo coverage of the January 16 demonstration, please visit: Sin Barras meets every Wednesday, 7pm, at the Circle Church.
111 Errett Circle
Santa Cruz, CA 95060
http://bradleyallen.net/
§Jail System Targets Poor People and People of Color
by Bradley Allen Saturday Jan 18th, 2014 2:36 PM 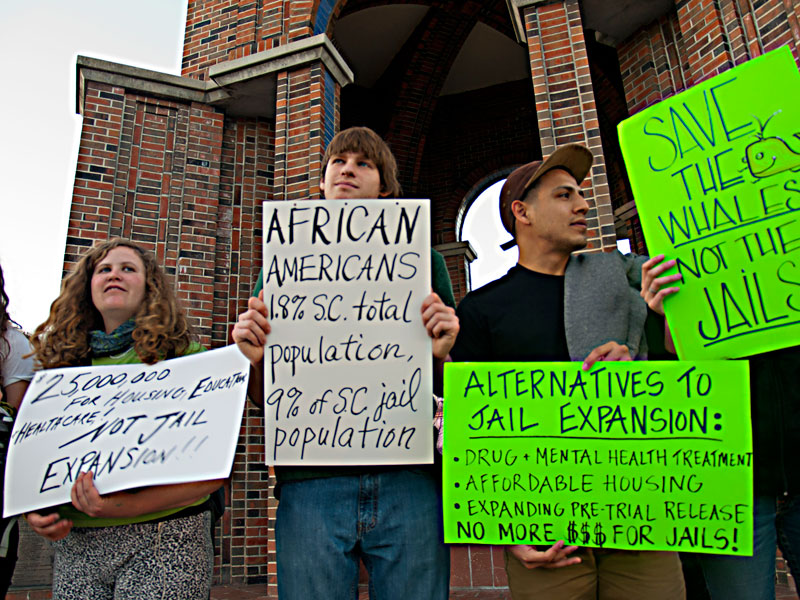 African-Americans make up only about 1.8% of Santa Cruz County’s total population, but a full 9% of our jail population. Santa Cruz suffers from a serious lack in culturally appropriate, services for its black community, both inside the jail and out.

Using criminalization as our response to poverty and homelessness has created this appalling situation: it is time to change the county's approach.
http://bradleyallen.net/
§A Bigger Jail Will Not Improve Public Safety
by Bradley Allen Saturday Jan 18th, 2014 2:36 PM 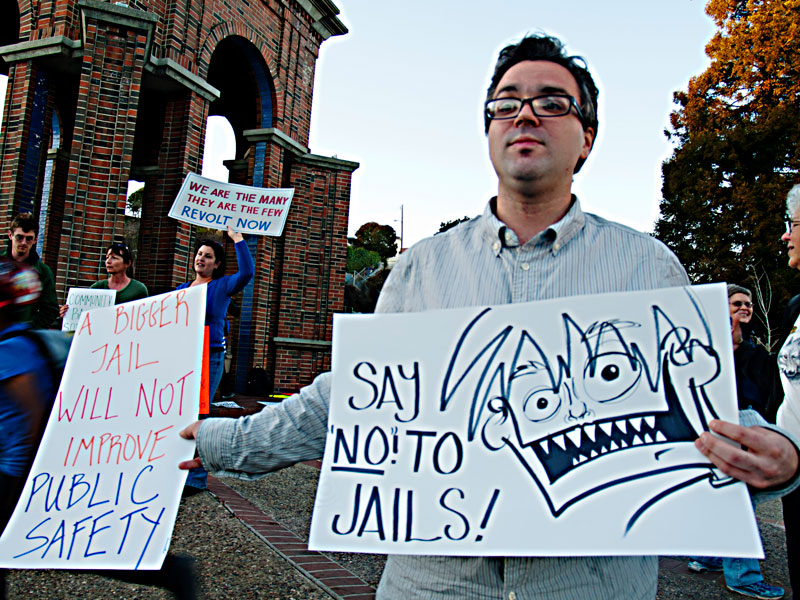 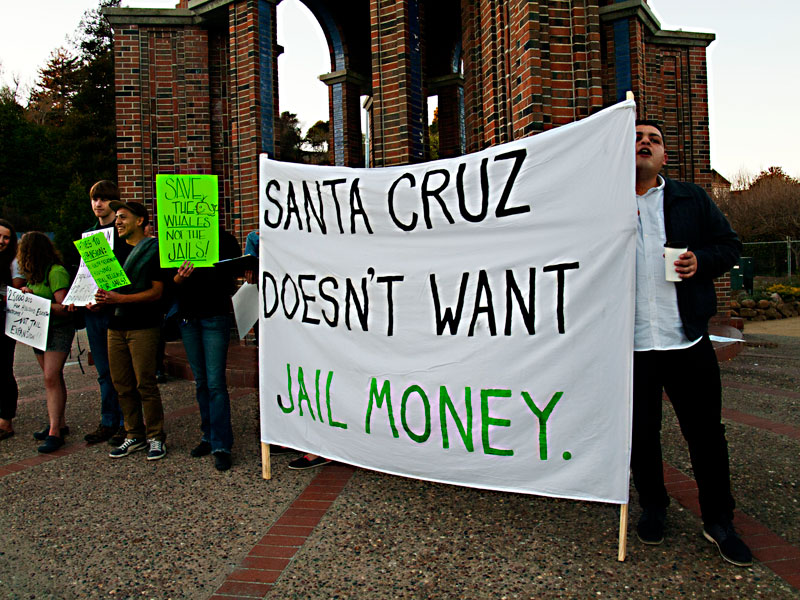 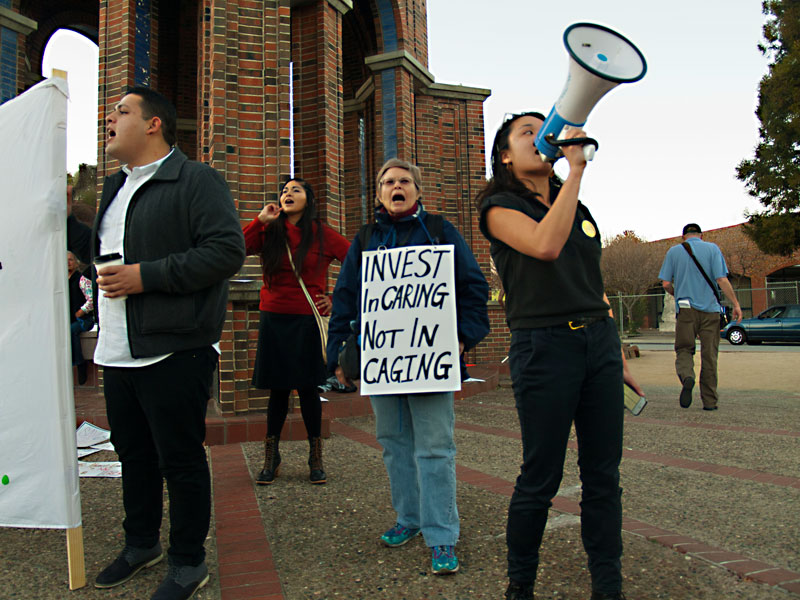 http://bradleyallen.net/
§The Human Condition is Not Found in Prison
by Bradley Allen Saturday Jan 18th, 2014 2:36 PM 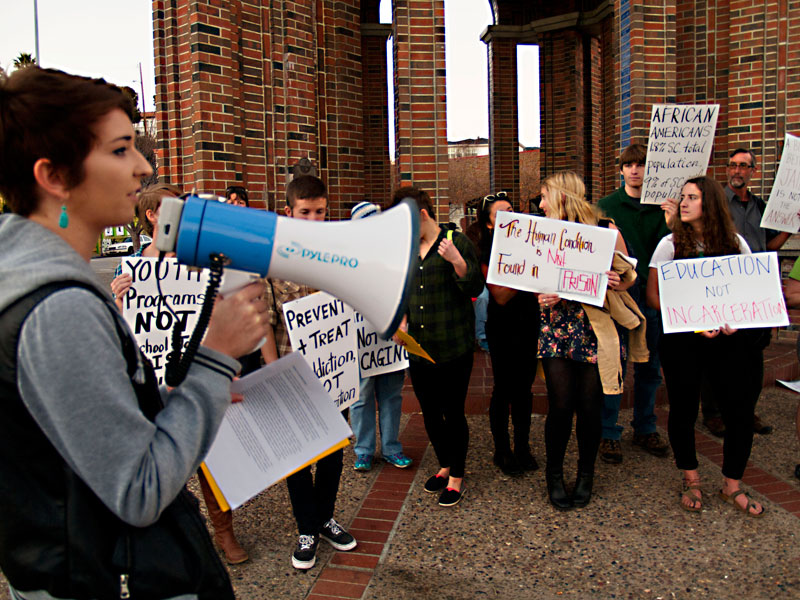 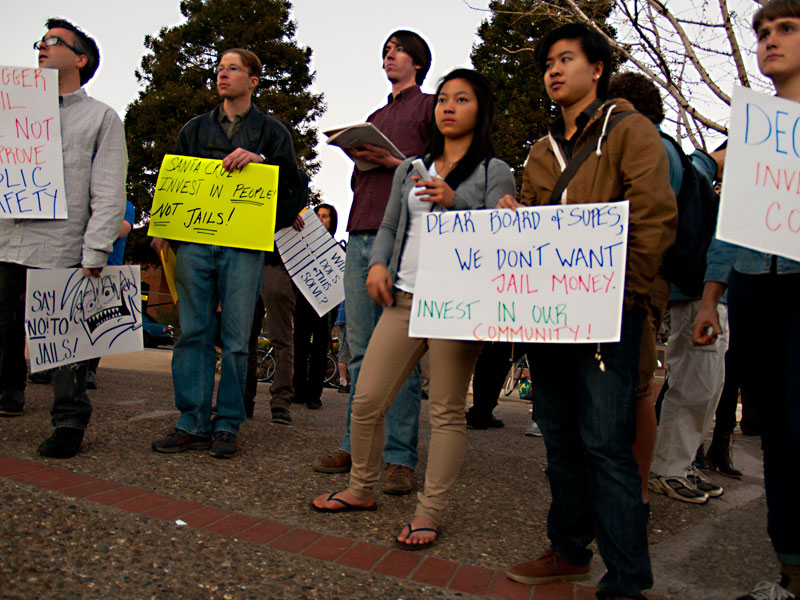 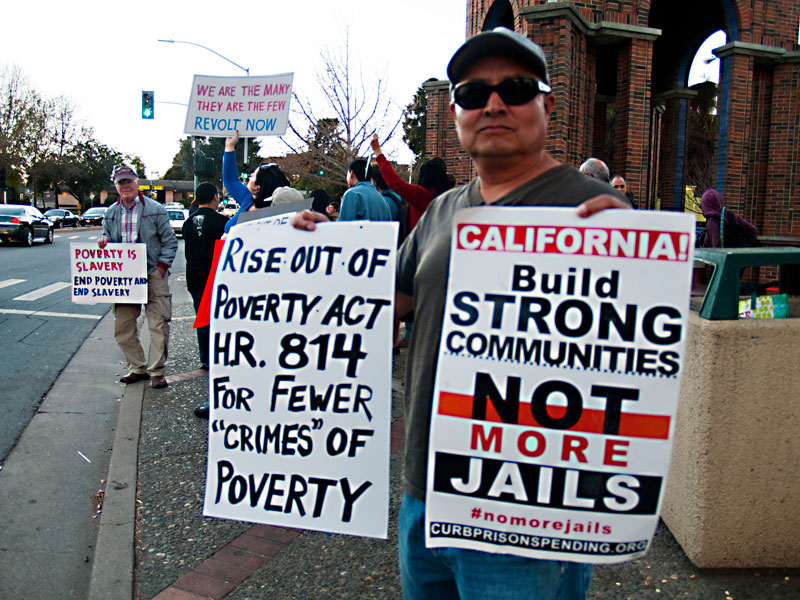 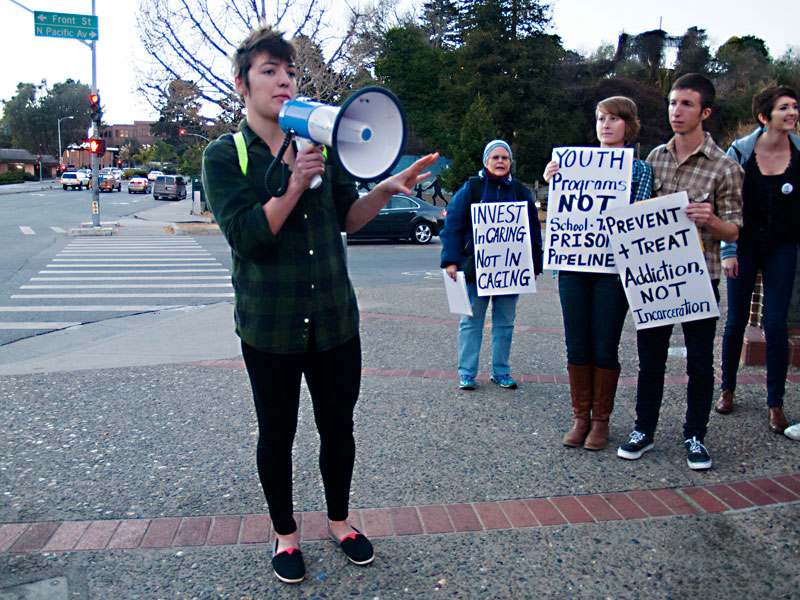