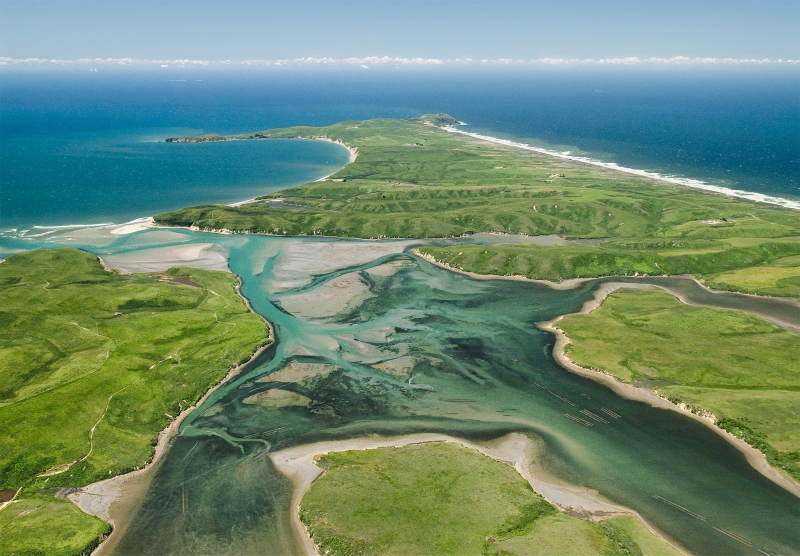 original image (2929x2039)
Today’s ruling again affirmed that the Obama Administration’s marine wilderness designation for Drakes Estero, the ecological heart of the Point Reyes National Seashore and only marine wilderness area on the West Coast. The 9th Circuit Appeals Court ruled in September that the Drakes Bay Oyster Company failed to prove it should get an injunction to continue operating after its lease expired on its own terms in November 2012.

“We are exceedingly grateful for the court’s decision to support the full wilderness protection for the magnificent Drakes Estero,” said Amy Trainer, executive director of the Environmental Action Committee of West Marin. “Once again the federal court rightly decided that former Interior Secretary Ken Salazar had full discretion to let the oyster operation permit expire and to honor the 1976 wilderness designation for Drakes Estero,” said Trainer.

“The court ruling affirms that our national parks will be preserved and that Drakes Estero is another step closer to being protected as wilderness for the American people. Incredibly beautiful places like Drakes Estero need to be returned to their full splendor as Congress determined decades ago when the land was purchased by and for the American public. We have been waiting for this moment for more than 40 years,” said Neal Desai, Pacific Region Field Director for the National Parks Conservation Association.

The court’s decision noted that, “In letting the permit lapse, the Secretary emphasized the importance of the long-term environmental impact of the decision on Drakes Estero, which is located in an area designated as potential wilderness. He also underscored that, when Drakes Bay purchased the property in 2005, it did so with eyes wide open to the fact that the permit acquired from its predecessor owner was set to expire just seven years later, in 2012. Drakes Bay’s disagreement with the value judgments made by the Secretary is not a legitimate basis on which to set aside the decision. Once we determine, as we have, that the Secretary did not violate any statutory mandate, it is not our province to intercede in his discretionary decision. We, therefore, affirm the district court’s order denying a preliminary injunction.”

"There is nothing surprising in the Court decision that has now confirmed for the third time that the closure of the oyster operation was a well-established matter of NPS policy that Mr. Lunny was fully aware of before he bought the last few years of rights," said Gordon Bennett, President of Save Our Seashore. "It remains disappointing that Mr. Lunny believes he can pocket over half-a-million in profits that his attorneys have gained for him with these futile appeals without setting aside any meaningful financial support to transition his workers or to clean up the mess that he is responsible for," said Bennett.

Johanna Wald, senior counselor with the Natural Resources Defense Council, said “today’s decision is another affirmation of the principle that ‘a deal is a deal.’ The preservation of Drakes Estero will be enjoyed by millions of Californians and visitors to wilderness and parks for generations to come. We’re grateful to the entire 9th Circuit Court of Appeals for their decision in support of protecting the precious natural resources that sustain us all.”