After Protest, One "No" Vote on Urban Shield from Public Safety Cmte; Full Council Votes Oct 1

by Dave Id
On September 24, in what would have ordinarily been a "rubber stamp" vote of Oakland City Council's Public Safety Committee to approve an Oakland Fire Department request for reimbursement related to their participation in Urban Shield 2013, a new coalition of concerned citizens and organizations rose up to protest the annual law enforcement war games hosted by the Alameda County Sheriff's department (full audio below). Urban Shield is the largest urban "SWAT" exercise in the US. 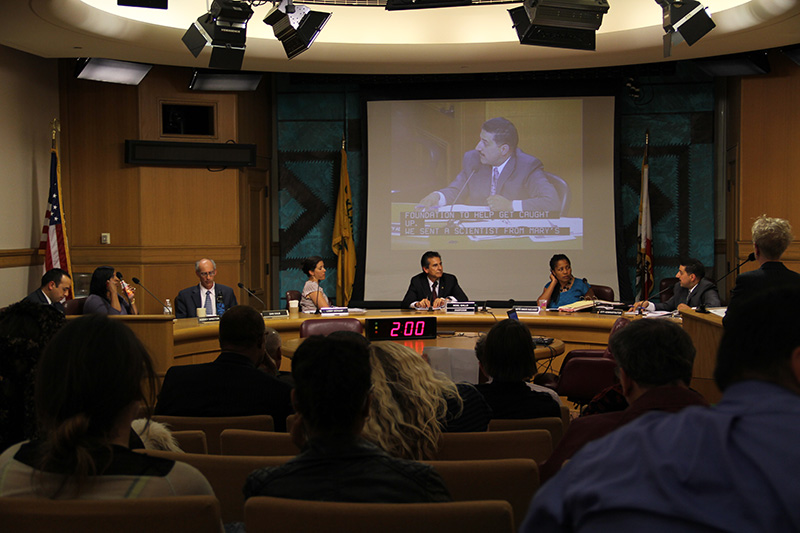 
At the Public Safety Committee meeting, numerous members of the new "Facing Urban Shield Action Network" spoke out against the increasing militarization of police forces, the gung-ho mentality expressed on Urban Shield's website, the Urban Shield exercises themselves which revolve around competitions between participating departments, and the related police weaponry and hardware trade show to be held at the Oakland Marriott.

While the Fire Department request is limited in scope to reimbursement for their hosting of an emergency services "Red Area Command" during Urban Shield 2013, the Facing Urban Shield Action Network urged Oakland council members to deny any and all support for local participation in the domestic military exercises.

In response to questions from councilmembers after public speakers made plain their opposition to Urban Shield, Darin White, Battalion Chief of Special Operations at the Oakland Fire Department and Incident Commander for the Fire Service component of Urban Shield 2013, tried to separate himself and his department's hosting of the Red Area Command from the law enforcement exercises. He plead ignorance regarding other commands' exercises as well as the wares that various corporations that would be promoting at the trade show.

Oakland police department Interim Assistant Chief Paul Figueroa professed a similar lack of knowledge about the policing aspect of Urban Shield, despite the fact that it will undoubtedly be OPD "hot dogs" such as their Tango Teams who will be competing against other departments. OPD's Tango Teams are full of officers known as "shooters" who have injured and killed numerous Oakland citizens over the years. These Tango Team officers were placed on the front lines during OPD's war on Occupy Oakland and seriously injured many protesters and journalists.

Council members seemed caught off-guard by the controversy, having apparently spent little to no time examining what Urban Shield is doing in their own backyard. Councilmember Lynette Gibson McElhaney was annoyed by the "rubber stamp" nature of the request, in that it was brought to the council when Urban Shield is less than one month away yet the Fire Department agreed to host the exercises as early as April of this year. Councilmember Dan Kalb expressed displeasure with the marketing of Urban Shield, but mainly focused on making sure that the request the council approved reflected that council members were only supporting the Fire Department command and not the entirety of Urban Shield 2013. Councilmember Libby Schaaf shared her discomfort with the event but emphasized that the committee was merely approving reimbursement for the OFD and that the city would not want to miss out on those funds. Councilmember Noel Gallo was largely mum on the matter, but voted with the majority to approve the request. McElhaney was the sole "no" vote.

The full Oakland City Council takes up the request at their meeting on October 1 which starts at 6pm. It remains to be seen if councilmember McElhaney will stick to her "no" vote or if any other councilmembers will cast a disapproving vote.

NO to URBAN SHIELD

NO to militarism and police violence in our communities

YES to investing in life!

What is Urban Shield? Urban Shield - a trade show and training exercise for SWAT teams and police agencies - will bring local, national and international law enforcement agencies together with "defense industry contractors" to train and introduce new weapons to police and security companies at the Marriott Hotel, 12th and Broadway, Oct. 25th We Need Alternatives to Policing Instead of pouring resources into the militarization of police, more violence, war, incarceration and poverty, we need to promote a culture of peace and health. Send a clear message to repression profiteers and police that they must be directly accountable to the communities they now patrol: Instead of militarization, invest in life.


To participate, fill out a Speaker's Card in person before item #16 is called or fill one out online:
http://www2.oaklandnet.com/Government/o/CityClerk/s/SpeakerCard/SpeakerCard/OAK032373 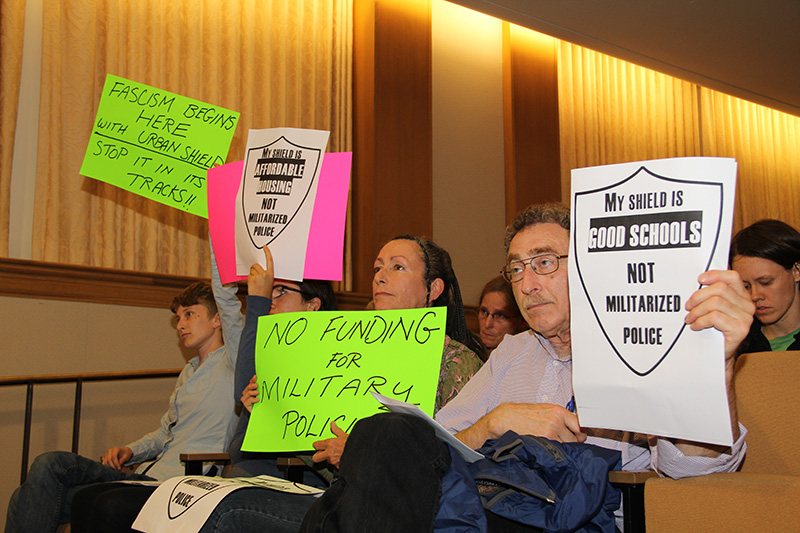 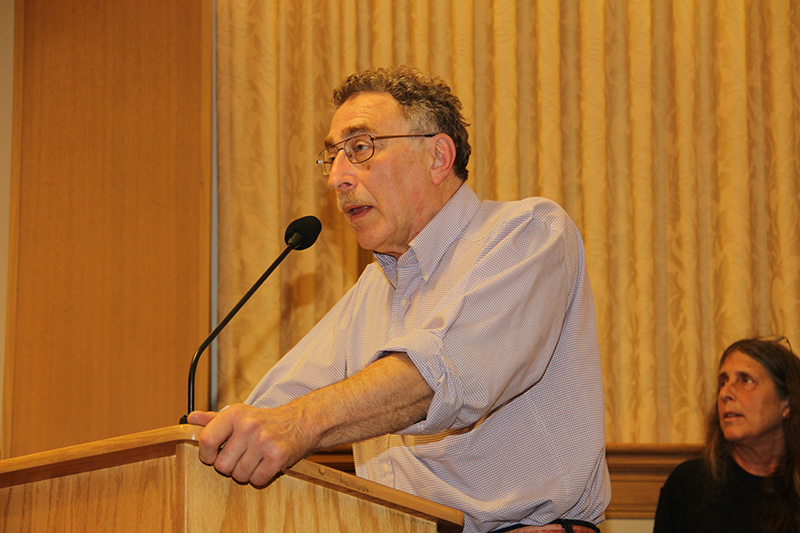 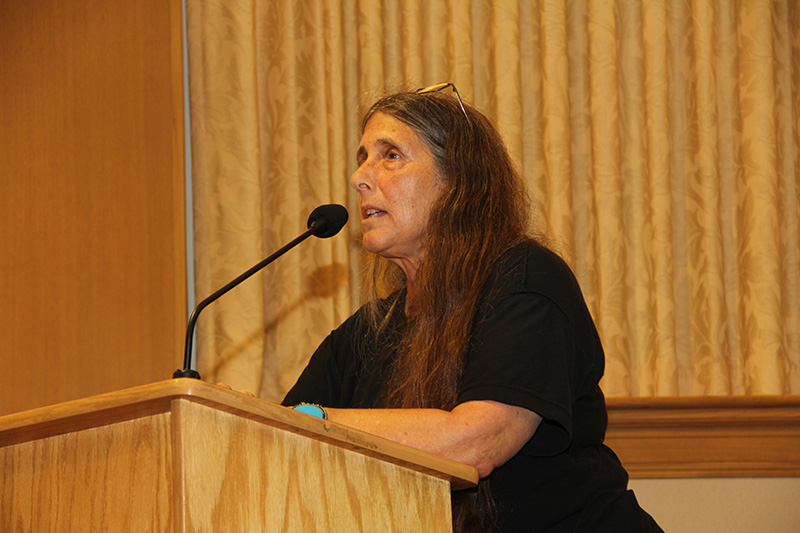 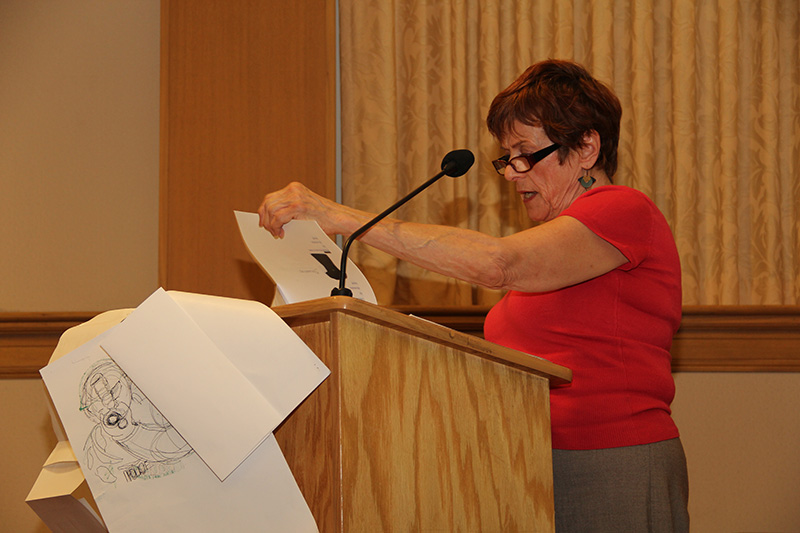 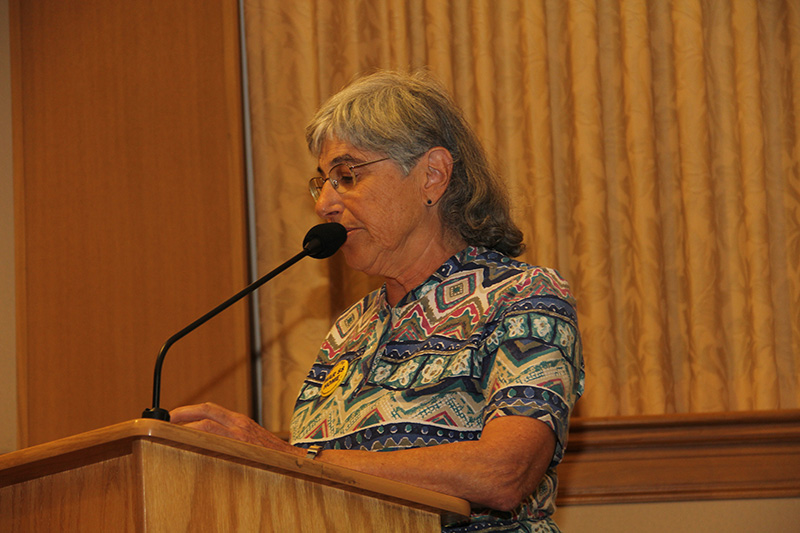 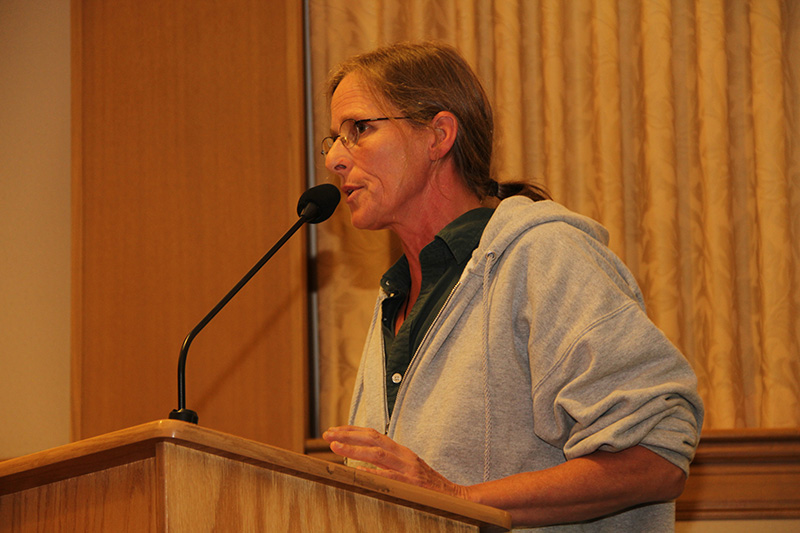 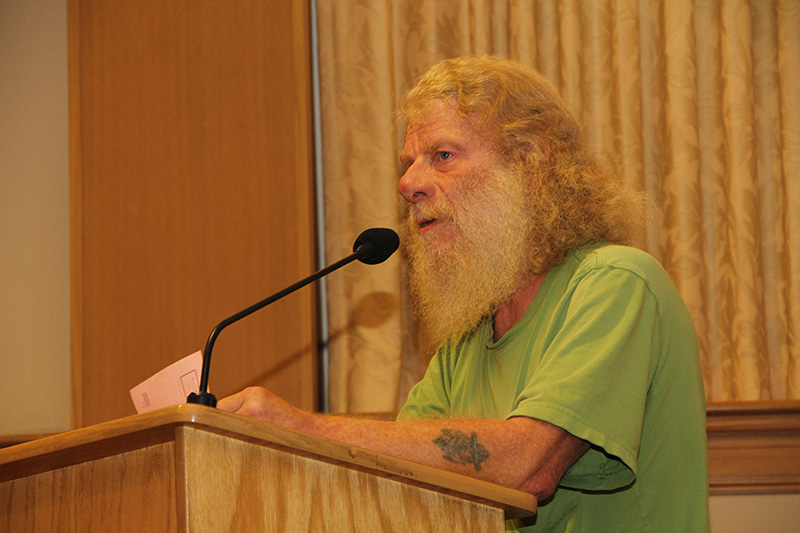 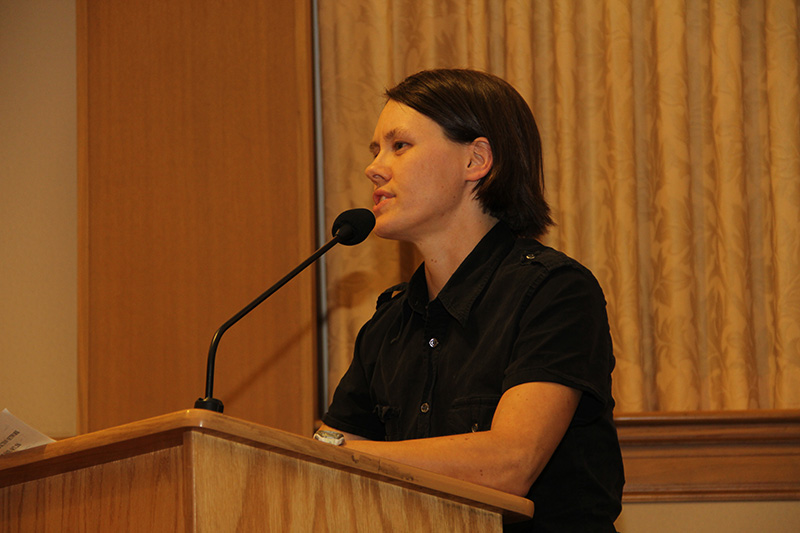 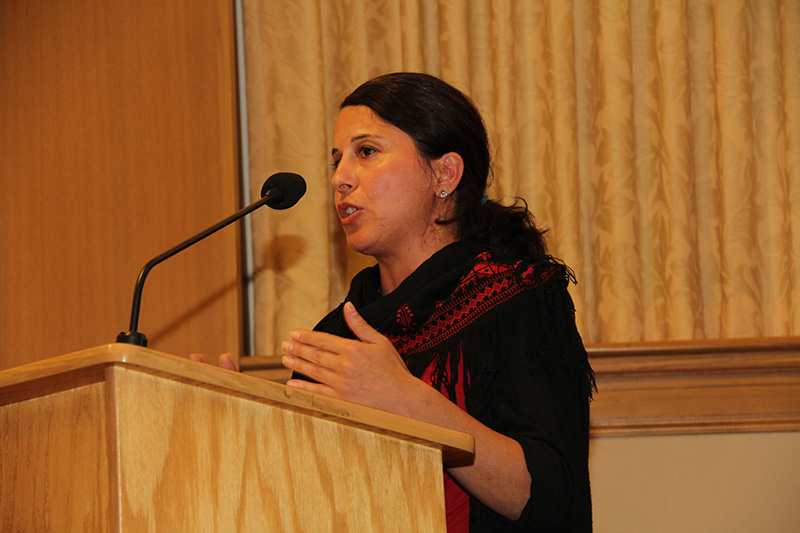 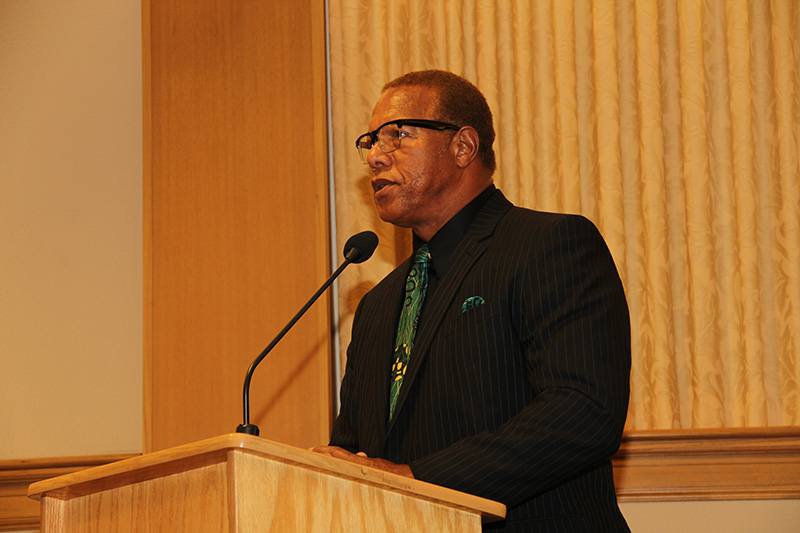 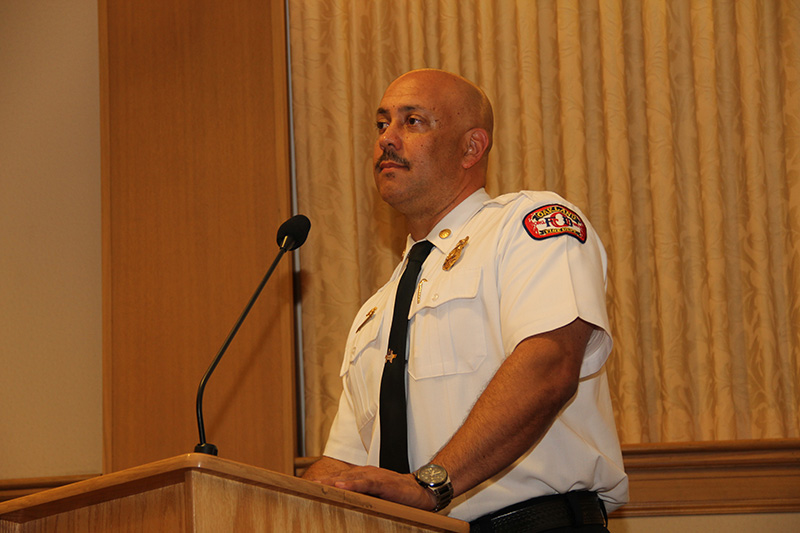 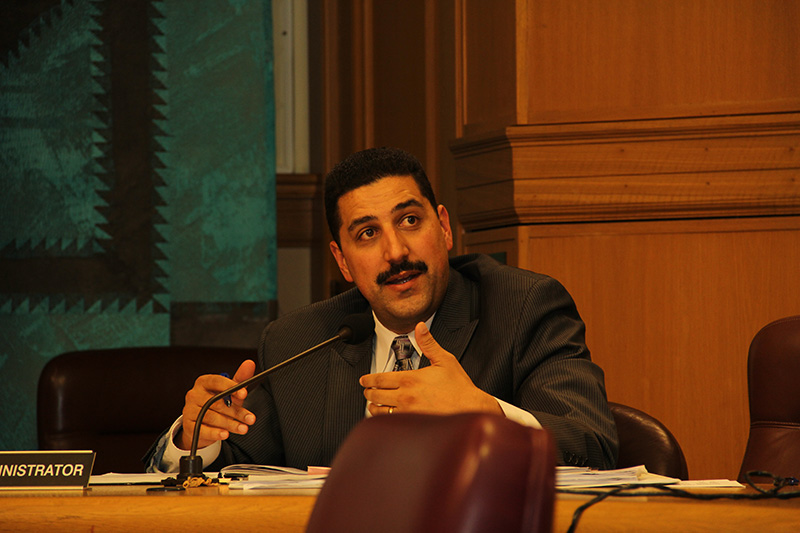 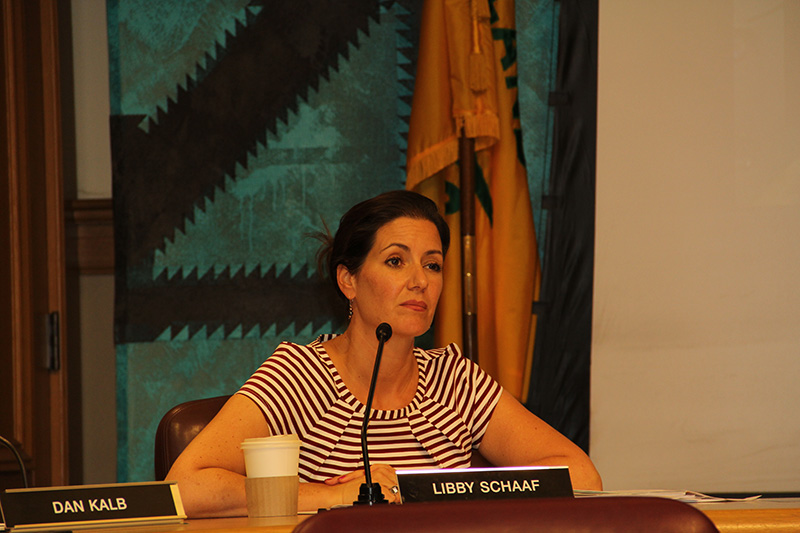 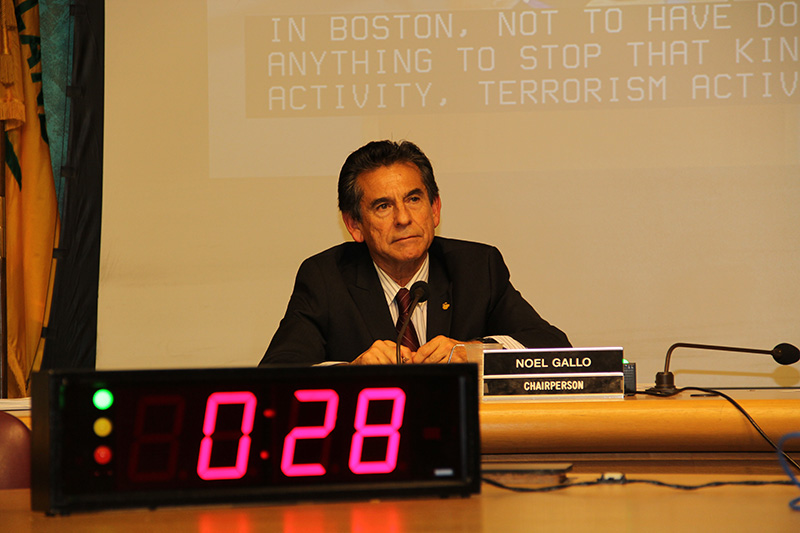 §Councilmember Dan Kalb - District 1, whose main concern was language in request to be approved
by Dave Id 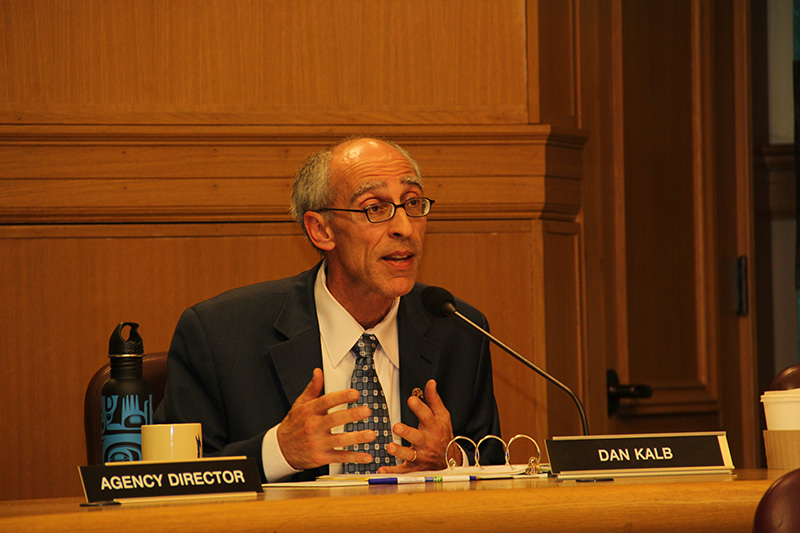 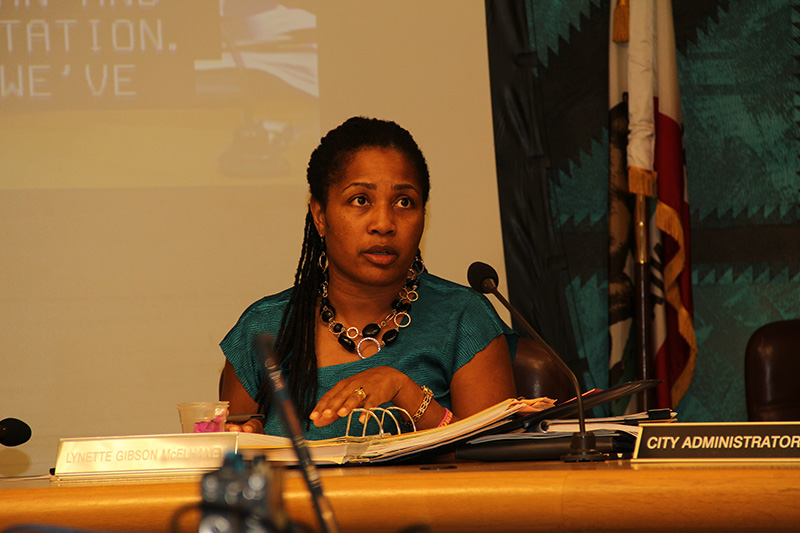 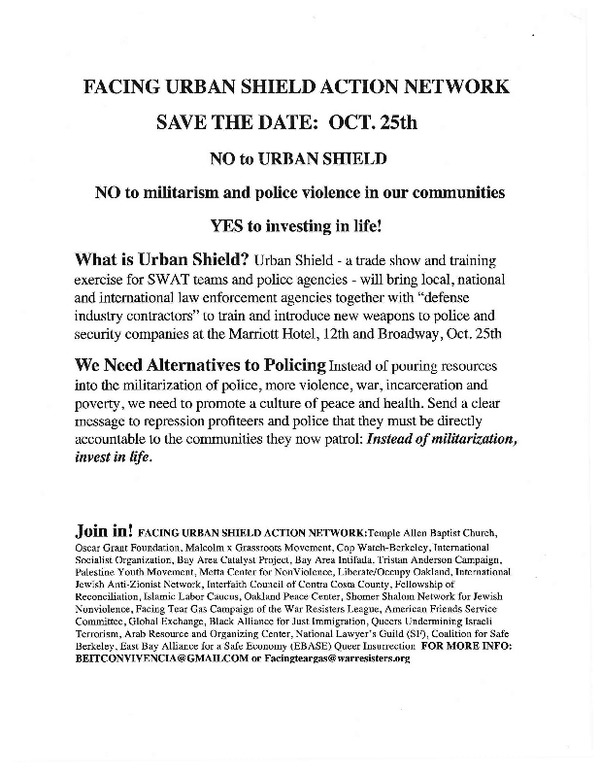 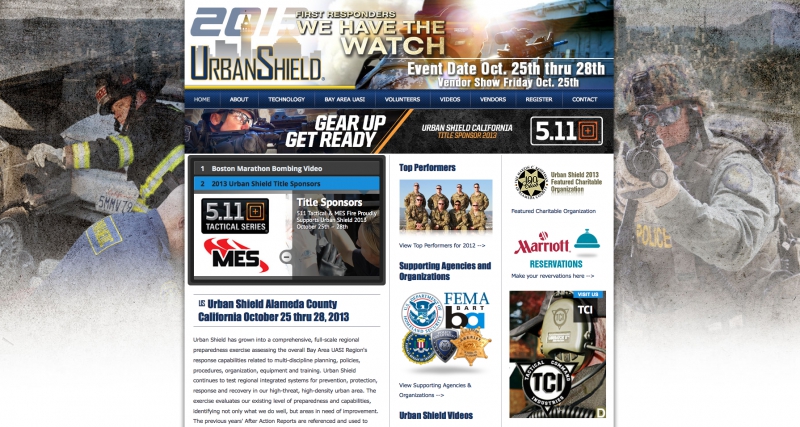 original image (1790x956)
Screen capture of Urban Shield 2013 home page with police officer pointing gun straight at website viewer.
Add Your Comments
Support Independent Media
We are 100% volunteer and depend on your participation to sustain our efforts!