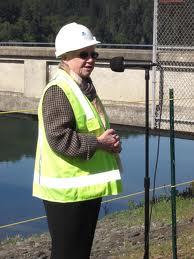 SamTrans Board of Directors Carol Groom and other board members refuse to properly investigate and stop the rampant corruption and malfeasance at this publicly funded agency. Instead they have supported the bullying and retaliation against public workers who have blown the whistle on the systemic corruption at the agency.
http://www.nbcbayarea.com/investigations/I...
Add Your Comments 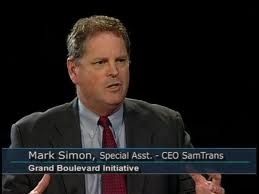 Who Is Mark Simon And Who Does He Represent? "I think you are completely disingenuous."


Letter to Mark Simon of SamTrans regarding Pico
The Pico Boulevard situation continues.

Mark Simon of SamTrans sent out this note.


Thank you for your correspondence regarding the closure to through traffic of Pico Boulevard in San Carlos .

This decision was prompted by several near-collisions between buses and automobiles, cyclists and pedestrians. Pico Boulevard is the only access road to the SamTrans South Base and it is used throughout the day by hundreds of buses.

In the intervening months, SamTrans, as the lessee and principal user of the road, conducted a safety review of the street. A copy of the safety review is attached.

That review is complete and a report concerning that review was provided to the SamTrans Board of Directors at its regularly scheduled meeting on October 13.

As part of that report, staff indicated that the road as currently configured does not meet District safety standards. Therefore, the east gate will remain closed as a continuing safety measure, while further options are explored.

Here are the principal findings of the review:

n Pico Boulevard is an unimproved, privately owned road that is the sole access to South Base for the hundreds of buses that travel in and out of the base every weekday.
n The road is used, additionally, to provide parking for base personnel.
n As an unimproved road, Pico Boulevard is neither designed nor configured to meet California Highway Patrol definitional requirements as a publicly accessible highway appropriate for through-passage use by automobiles, cyclists and pedestrians in traffic interaction with buses.
n Specifically, the road:
o Is not engineered for public usage to accommodate through traffic of any kind, including pedestrians, bicycles and pedestrians;
o Is of insufficient width to support mixed traffic, particularly mixed traffic that could include two buses traveling side-by-side and additional automobiles or bicycles;
o Lacks appropriate safety signage, including speed limit signs and signs designating Pico Boulevard as a private roadway;
o Lacks sufficient lighting. Current lighting on Pico Boulevard is designed and installed to provide minimal safety and security features for the SamTrans base, not vehicular, pedestrian and bicycle traffic in darkness;
o Is not subject to consistent maintenance of the roadway to ensure safe operation of vehicles for the purposes of accommodating through traffic.
n A formal traffic engineering study is necessary to determine what changes and improvements would be required to bring Pico Boulevard to an acceptable standard of safety and to ensure that public access to the roadway would not compromise security and safety at the SamTrans base.
n A determination will have to be made whether such a safety review is warranted and, as lessee of the property, whether an investment of public funds is warranted to improve a privately held roadway;
n In the interim, the gate will remain closed.

In the report to the Board, it was noted that a number of comments were received from cyclists who expressed concern that the alternative to Pico Boulevard , Redwood Shores Parkway is significantly more hazardous for cyclists.

We do not have the expertise to judge the relative safety of one road over another.

We are particularly alarmed, however, that a public thoroughfare designed to be used by bikes and including a well-marked bike lane, is considered unsafe and significantly more hazardous than an unimproved, private roadway that is used by hundreds of buses every day.

We are prepared to assist in facilitating a meeting between cyclists and the City of Redwood City to determine what steps may be taken to improve the safety of Redwood Shores Parkway, which is already designated and designed for pedestrian, bicycle and vehicular traffic. When such a meeting is scheduled, we will notify you.

We believe the city is in the best position to provide, legitimate, safe passage on public roadways and we are prepared to work with the city and cyclists to assure that the right conditions exist for Redwood Shores Parkway .

We understand and sympathize with those who have been frustrated by the decision to close the gate. Our concern for safety – including the safety of bicyclists – must be the paramount concern. We would prefer to have cyclists alive, well, and angry at the agency, than any of the alternatives that might arise due to unsafe conditions.


I wrote this letter.

I just read this snippet from a mail you sent out about Pico Blvd and Redwood Shores.

"We are particularly alarmed, however, that a public thoroughfare designed to be used by bikes and including a well-marked bike lane, is considered unsafe and significantly more hazardous than an unimproved, private roadway that is used by hundreds of buses every day."

A well marked bike lane on the right side of the road is of no use to a cyclist needing to merge across three lanes of high speed traffic in order to make a left turn. The majority of people using Pico Boulevard were doing so in order to accomplish exactly that - by crossing Redwood Shores using the traffic light, they were able to remove the procedure of merging across three lanes of traffic to get to the left turn lane. Incidentally, the left turn light from Redwood Shores to Shoreway does not trigger for bicycles, so in addition to the hazardous merging situation, cyclists are forced to wait for the rare instance of a car turning left onto Shoreway in order to get a green arrow - the result being that most of them simply run the red light to their own peril.

If this description was not clear to SamTrans, then your review was worthless.

The situation is broken. Samtrans has within its control the ability to make a broken situation better. Instead you appear content to pass the buck to Redwood City and San Carlos. You should know full well that any solution that mitigates this on the roadway would be years until fruition - and more likely is simply impossible. Any solution that provides a safe merge across three high speed traffic lanes for cyclists would be met with howls of protests from the drivers who use that roadway currently - it would involve changing light cycles and potentially removing a lane.

If you had simply said "We're scared to death of the liability issue so we aren't opening the roadway", I'd think SamTrans was gutless. Instead I think you are completely disingenuous.

We do not think the road meets our safety standards. We have said so repeatedly.


Remember this part from his first letter...

We understand and sympathize with those who have been frustrated by the decision to close the gate. Our concern for safety – including the safety of bicyclists – must be the paramount concern. We would prefer to have cyclists alive, well, and angry at the agency, than any of the alternatives that might arise due to unsafe conditions.


I'm not sure how closing an "unsafe" road and forcing people onto a "more unsafe" road accomplishes that aim.
POSTED BY MURPHSTAHOE AT 12:23 PM
3 COMMENTS:

Bryn said...
Your letter mirrors the points and arguments I made in my letter to Mark Simons in September. It is clear that Mark is being intentionally obtuse because he's already made up his mind to protect the liability of SamTrans over greater public safety.

He makes a big deal about the hundreds of buses on this road, but fails to mention that 100% of that bus traffic must traverse the Redwood Shores Parkway/Shoreway intersection because that is the only route.

Maybe we should harness some of our anger to get Redwood City to fix the light sensors so they detect bicycles.

OCTOBER 21, 2010 AT 1:37 PM
295bus said...
No point in arguing with this doofus; we need to go over his head, and complain to the SM Co supes and RWC council. I live here, and have some experience in angry letter writing; I'll fire some off.

OCTOBER 22, 2010 AT 6:52 AM
Andy Chow said...
You should actually go to the SamTrans Board of Directors and the San Mateo County Transportation Authority (which can program funds to provide any improvements necessary.) Before that you can address to the SamTrans and TA CACs.

I think it would be a good idea to invite them and the council members of Redwood City for a bike ride in the area. Let them see for themselves which route is safer.

A few signs should be sufficient to warn bicyclists of high bus traffic in the area. 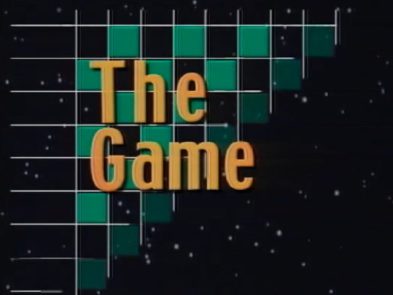 Mark Simon PR Flack And TV "Journalist" With "The Game" On The Public Does Damage Control For Cronyism and Corruption At SamTrans
New Councilmen Olbert and Collins on Peninsula TV
http://sancarlos.patch.com/groups/politics-and-elections/p/mmm-4659a61c
The new members of the council join members of the Millbrae and Foster City council to discuss why they ran, and what they expect.
Posted by Kenny Porpora , January 30, 2012 at 07:33 AM
Comment Recommend

Joined by their constituents from nearby Peninsula towns - Councilman Wayne Lee of Millbrae, and Councilmen Steve Okamoto and Herb Perez of Foster City - the five new members of the local political structure discussed why they ran for office, and what they expect.

Check out the full video of the show here.
No mention of corruption on this show since PR Flack Simon is involved 24/7 in covering it up including on his tv show