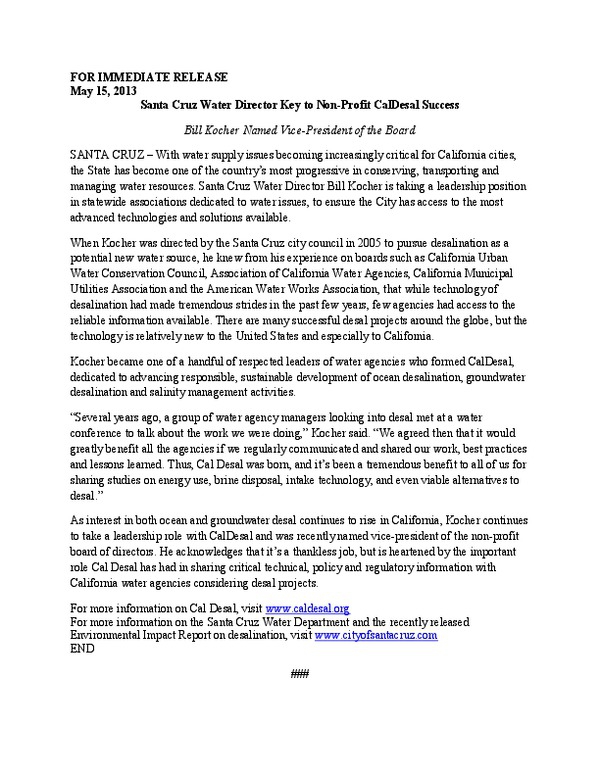 Download PDF (77.9KB)
Santa Cruz -- Last week, the City of Santa Cruz issued the unusual news release entitled “Santa Cruz Water Director Key to Non-Profit CalDesal Success. Bill Kocher Named Vice-President of the Board.” The PR piece appears designed as a damage control tactic to both reframe and obfuscate the city’s role as a prominent member of the CalDesal advocacy and lobbying organization.

Here are several examples of facts omitted from the city’s news release:

* The City of Santa Cruz and Soquel Creek Water District are founding members (2010) of the 3-year old lobbyist organization CalDesal. The water industry organization politically advocates for desal development/deregulation and opposes anti-desal legislation. Registered with the Secretary of State (http://cal-access.ss.ca.gov/Lobbying/Employers/Detail.aspx?id=1336512&session=2011), CalDesal is a secretive organization and is not required to disclose its executive committee, membership or business plan. The general public and news media are not allowed at CalDesal meetings nor is it generally given meeting agendas and minutes. Also, the Public Records Act does not apply to CalDesal.

* The CalDesal Board of Directors has private sector members as well as public agency members and it sponsors legislation (http://www.caldesal.org/about-caldesal/our-coalition/). According to the organization’s business plan, “It is the mission of CalDesal to be an advocate at the political, policy and regulatory level for desalination as a vital new source of Water for California. Our goal is to create a positive environment statewide for the acceptance of desalination and to reduce the impediments to its implementation.”

* CalDesal advocacy activities/tactics include regular “CalDesal in Action” alerts sent to members only when letters, calls, and participation are needed on legislation and regulatory developments.

* The City of Santa Cruz contracts an array of consultants (http://www.santacruzlive.com/documents/consultlist.pdf) to study, plan, and promote the proposed desal project who along with Mr. Kocher are also members of the CalDesal Board of Directors. They include: Carollo Engineers, Black & Veach Corp, Camp Dresser &McKee, Dudek, Kennedy-Jenks, and Tenera Environmental.

* In 2010, Kennedy-Jenks and CalDesal made political contributions to oppose Marin County ’s Measure T -- the community-driven “right to vote on desal” ballot measure. Also, Kennedy-Jenks and URS Corp. were the principle consultants working on the EIR for proposed Marin County Water Department desal project (http://www.marinwater.org/controller?action=opennews&id=43). At the time, the City of Santa Cruz and Soquel Water District were members of CalDesal and authorized the use of public and water ratepayer funds to support a variety of CalDesal political activities.

* Last year, Mr. Kocher presented at both CalDesal’s Annual Conference sessions held in Sacramento (Oct. 25-26) and Irvine (Oct. 29-30). Closed to the public and news media, the conference came only a week before the passage of Measure P (http://www.caldesal.org/downloads/Kocher%20CalDesal.sc.portfolio.pdf). As a City of Santa Cruz employee, his travel, lodging, and food costs were allowable expenses.

* The City of Santa Cruz awarded $4,000,000 in service contracts through 2013 for consultants to conduct desal EIR evaluation, preparation, and promotional activities. The firms are Kennedy-Jenks/Data Instincts ($1.8M), URS Corp ($1.7M) and Dudek Consulting ($0.5M). Kennedy-Jenks and Dudek representatives are CalDesal Board of Director members together with Mr. Kocher (http://www.santacruzlive.com/documents/consltlist.pdf and http://www.cityofsantacruz.com/Modules/ShowDocument.aspx?documentid=25847).
Add Your Comments

§Get corporate filings by CalDesal from the Calif. Secretary of State's Office
by John E. Colby
Thursday May 23rd, 2013 2:14 AM 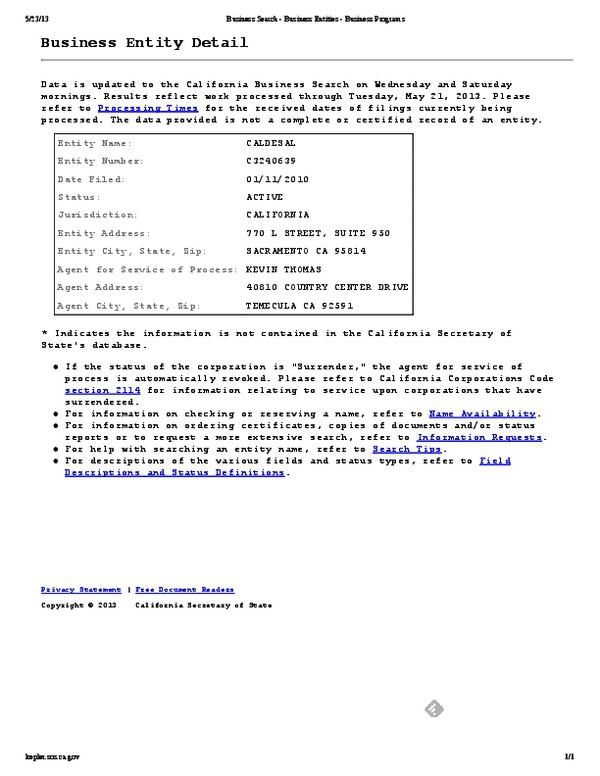 Download PDF (86.5KB)
I recommend ordering all the corporate filings for CalDesal from the California Secretary of State. It may yield even more information than has already been obtained.

For just one record about CalDesal which lists their entity ID number, inspect the attached PDF from the Secretary of State's online search portal.
Add a Comment
§Photo of Bill Kocher at Santa Cruz LAFCO meeting, June 2012
by Alex Darocy
(alex [at] alexdarocy.com) Tuesday Jun 4th, 2013 12:58 AM 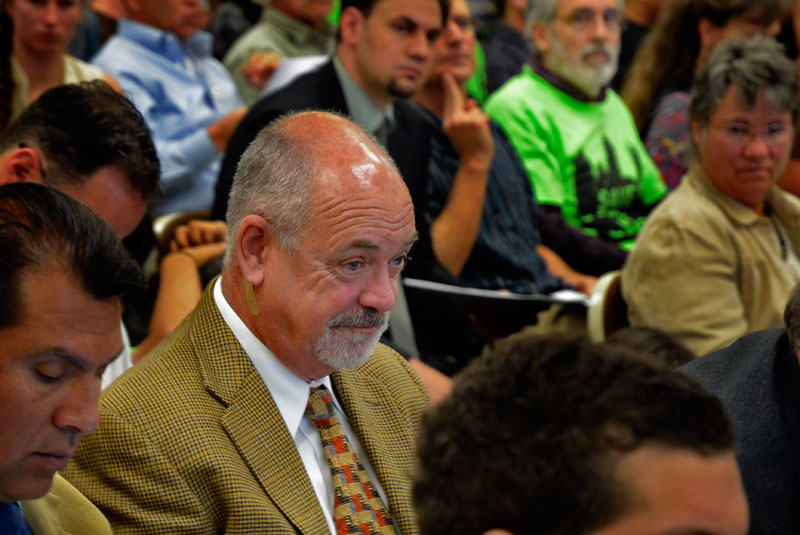 The Soquel Creek Water District board voted 4-0 to leave CalDesal, an organization that counts Santa Cruz and nearly three dozen other public agencies among its members. The group also includes a number of desalination consultants, including several who have worked on the proposed Santa Cruz project...