Add an Event
Newswire
Calendar
Features
Home
Donate
From the Open-Publishing Calendar
From the Open-Publishing Newswire
Indybay Feature
Publish to Newswire
Add an Event
Related Categories: Santa Cruz Indymedia | Arts + Action
Last Night DIY Santa Cruz Parades for Eighth Year
by Bradley Allen (bradley [at] riseup.net)
Monday Dec 31st, 2012 10:56 PM
The eighth annual Last Night DIY Santa Cruz paraded up Pacific Avenue on December 31, 2012 after gathering in the Saturn Cafe parking lot at 5:00 pm. Sticking to the tradition of Keeping Santa Cruz Weird, this year's parade was led by local bagpipe band Santa Cruz Pipes and Drums, as well as the Women's International League of Peace and Freedom. Curtis Reliford of the Follow Your Heart Action Network, which brings goods to people in Louisiana who are recovering from Hurricane Katrina, provided music from the top of his trailer parked on Pacific Avenue. Cocoamotion, based out of a roaming red wagon, delivered hot chocolate and marshmallows to parade participants and spectators. 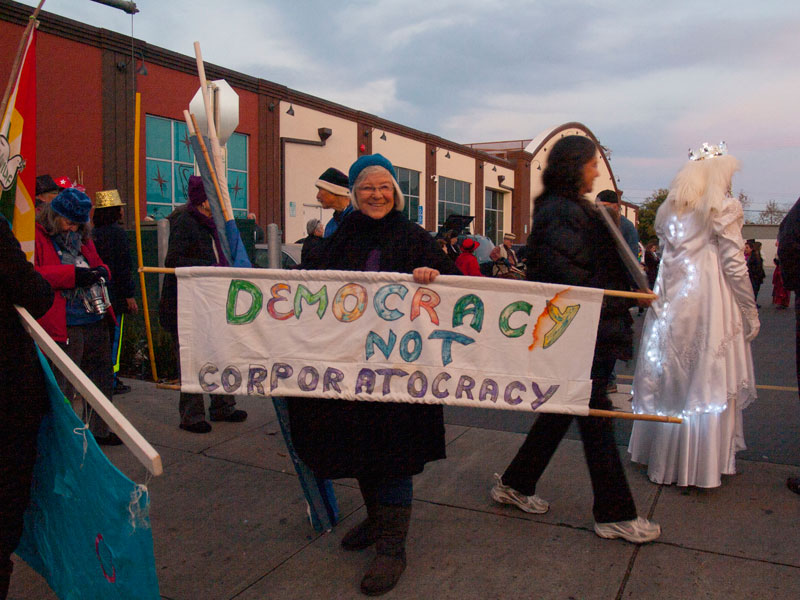 Bradley Stuart Allen is a photographer, Indymedia volunteer and website developer living in Santa Cruz, California. All content is free for non-commercial reuse, reprint, and rebroadcast, on the net and elsewhere. Photo credit and a link to this article is appreciated. Support local independent media.
http://bradleystuart.net/
§Talks Not Drones
by Bradley Allen Monday Dec 31st, 2012 10:56 PM 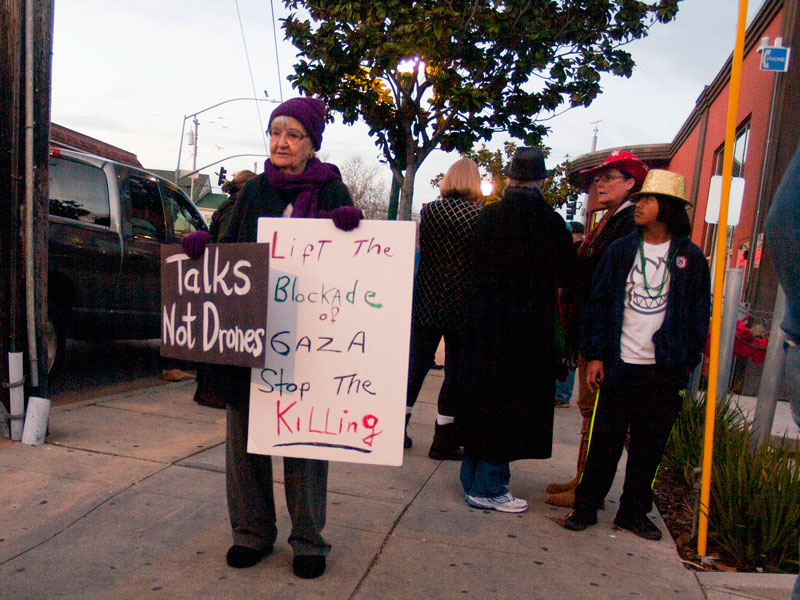 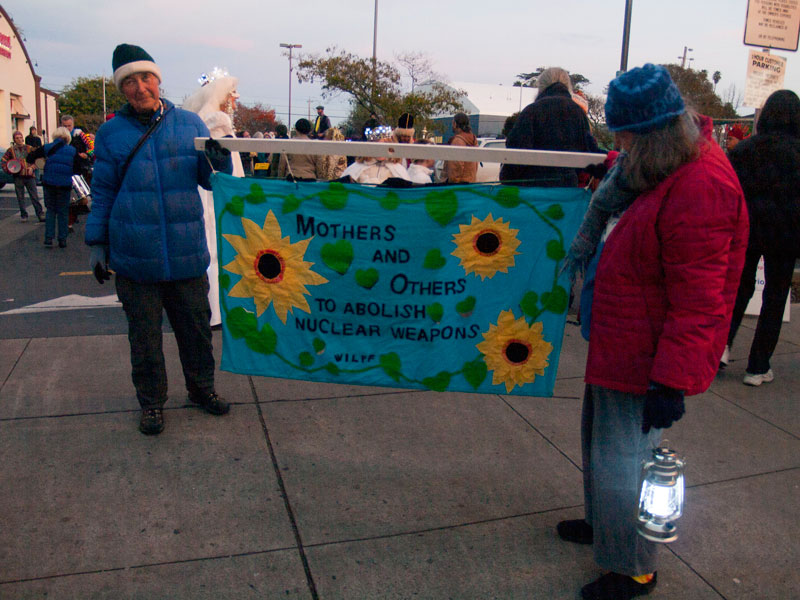 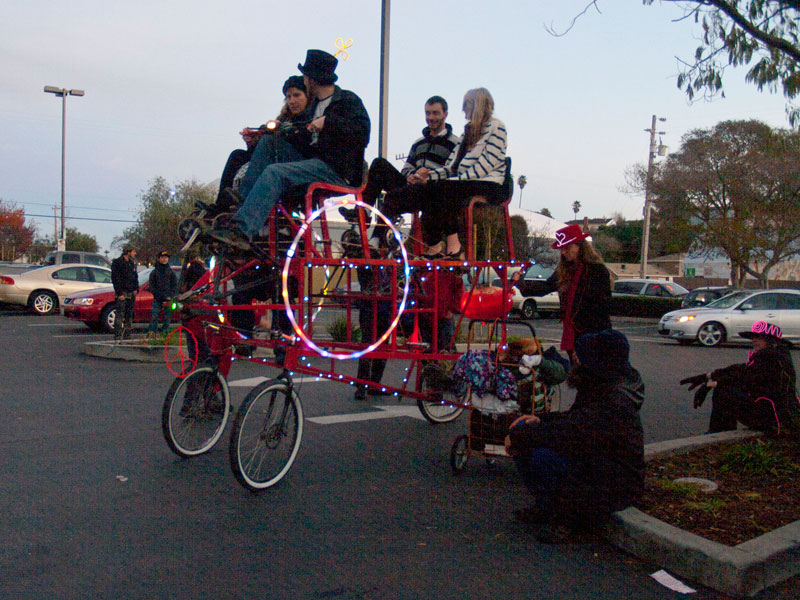 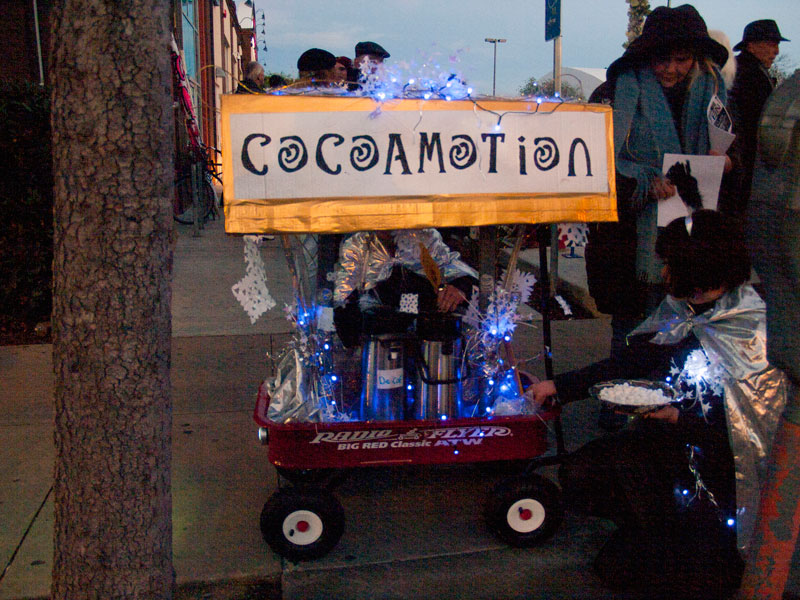 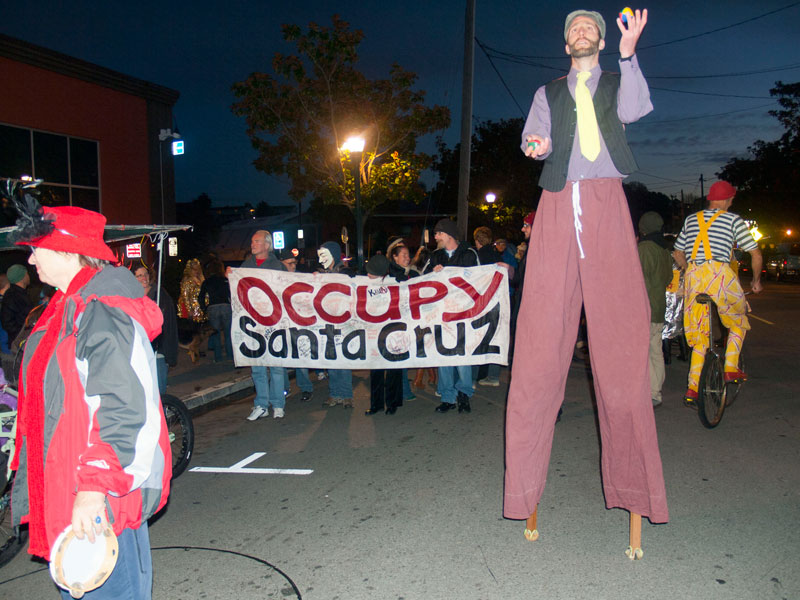 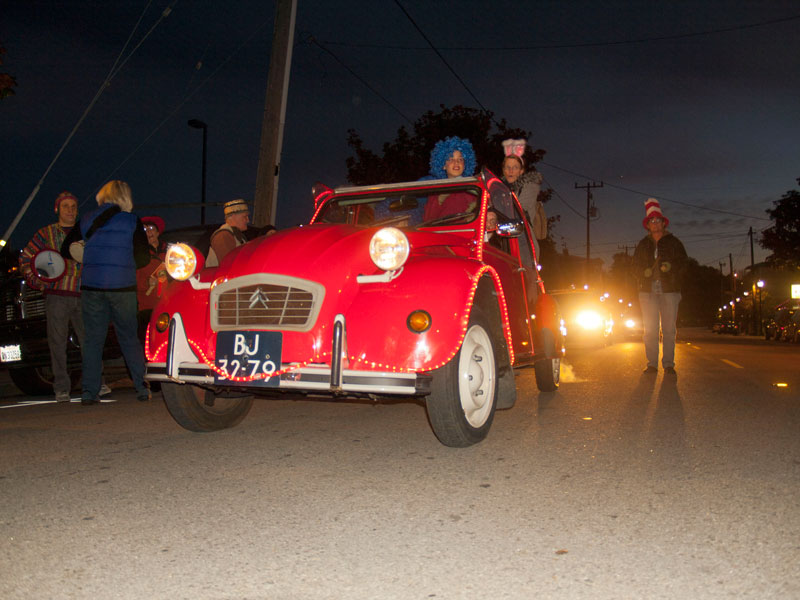 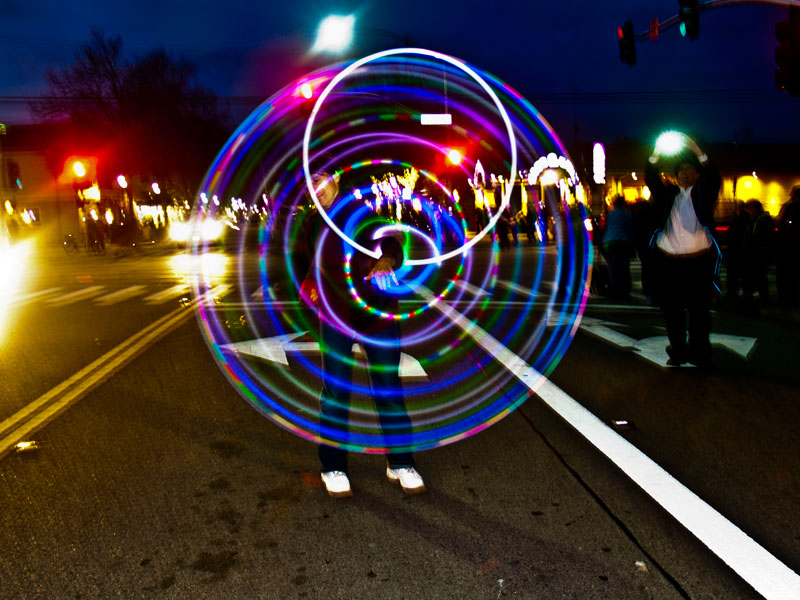 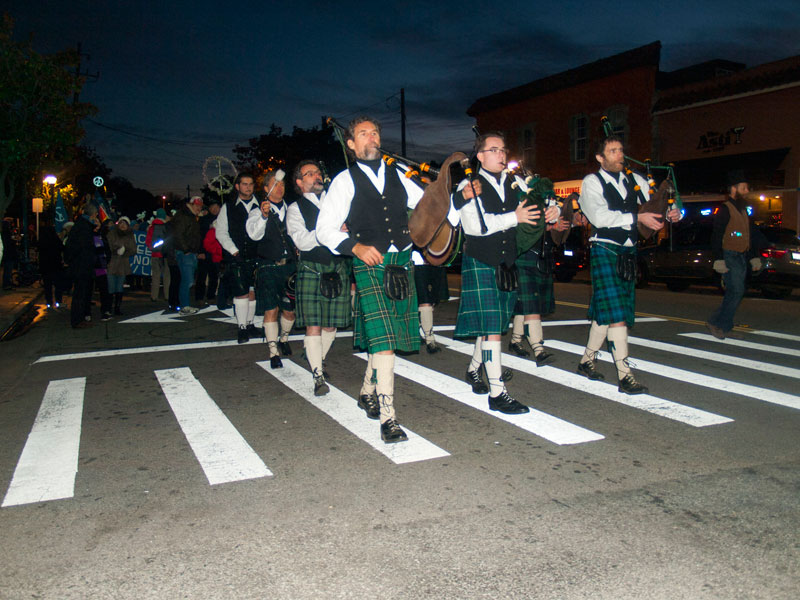 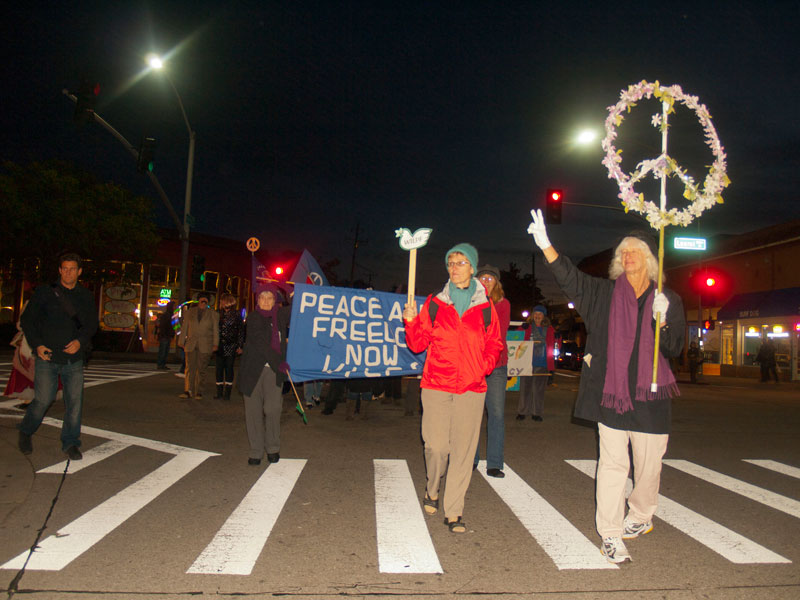 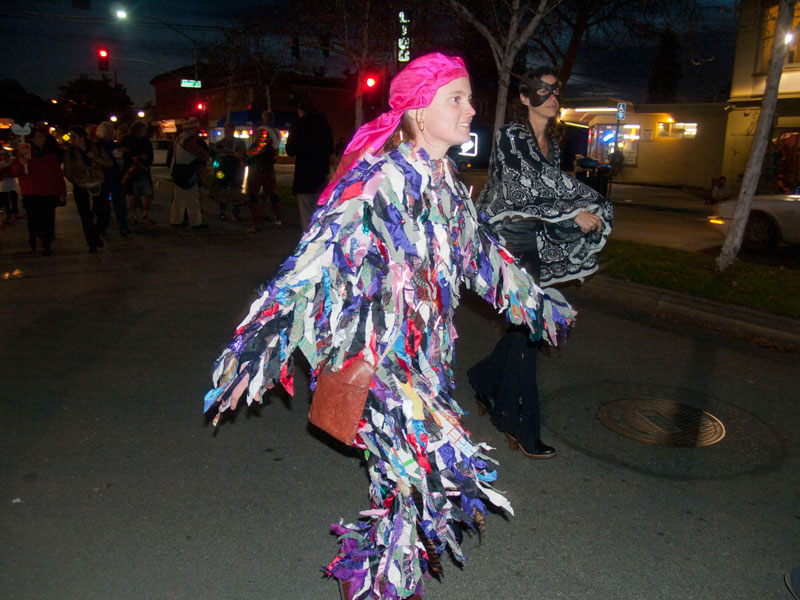 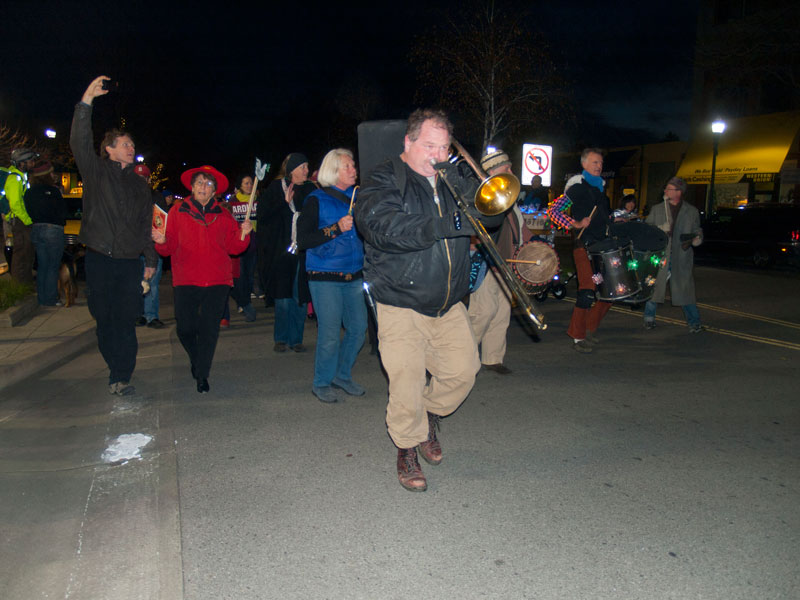 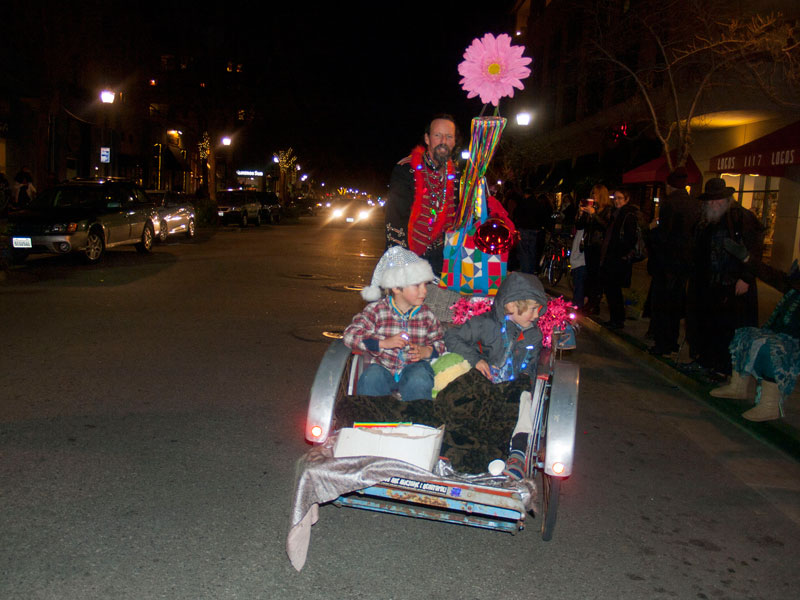 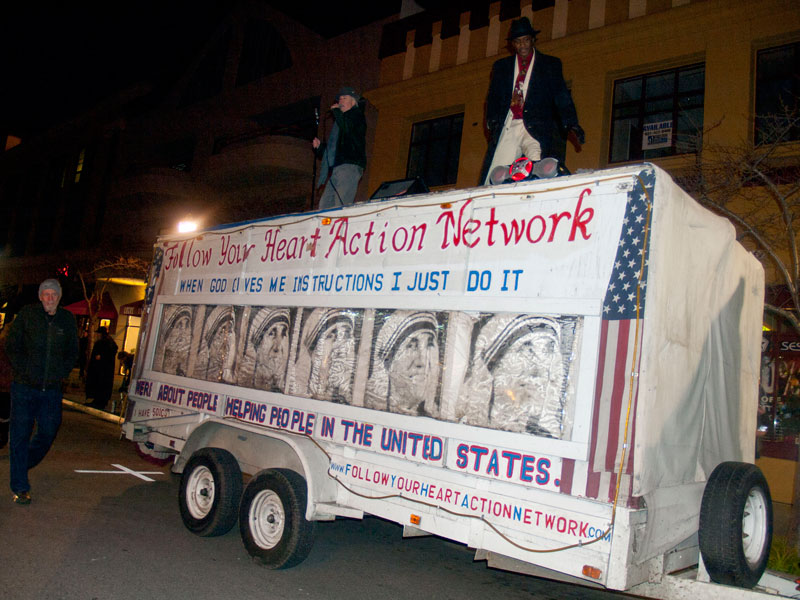 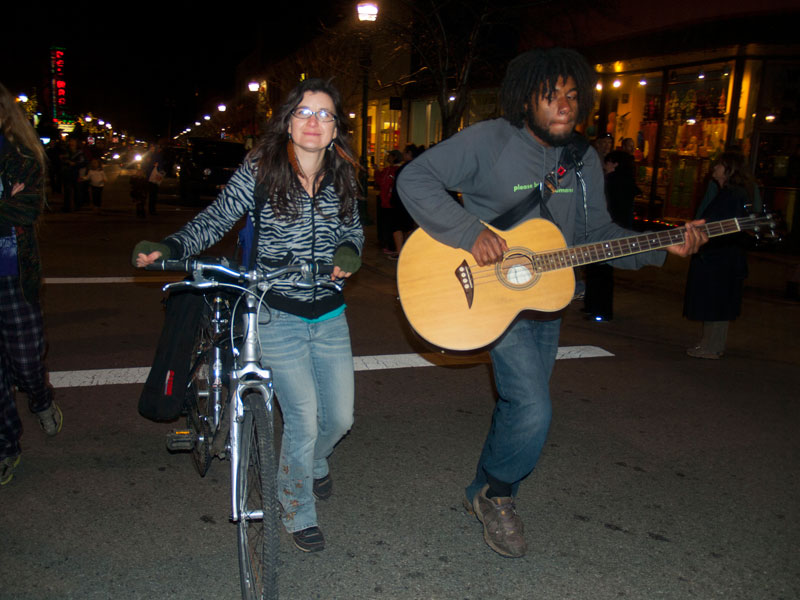 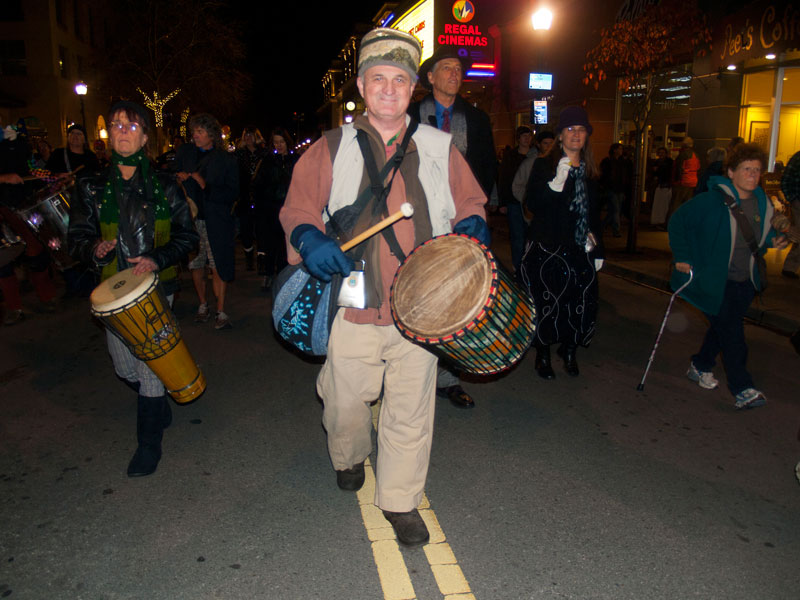 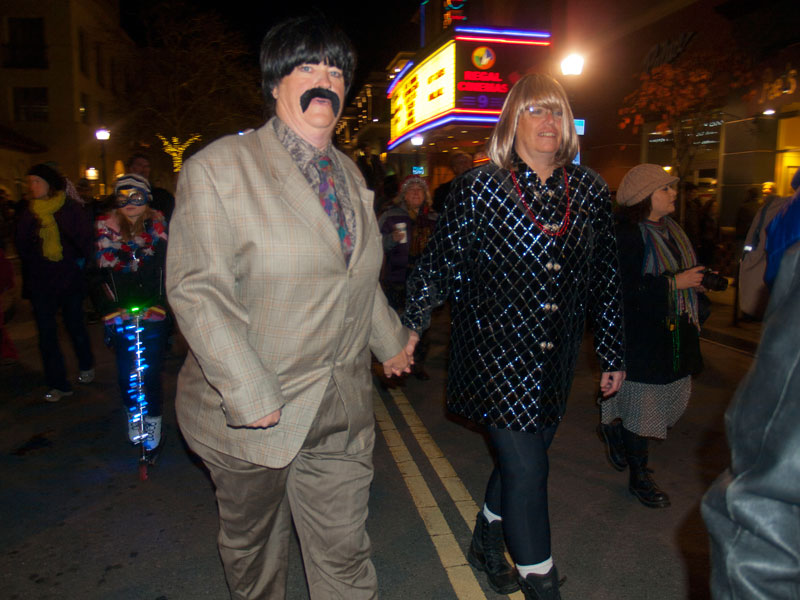 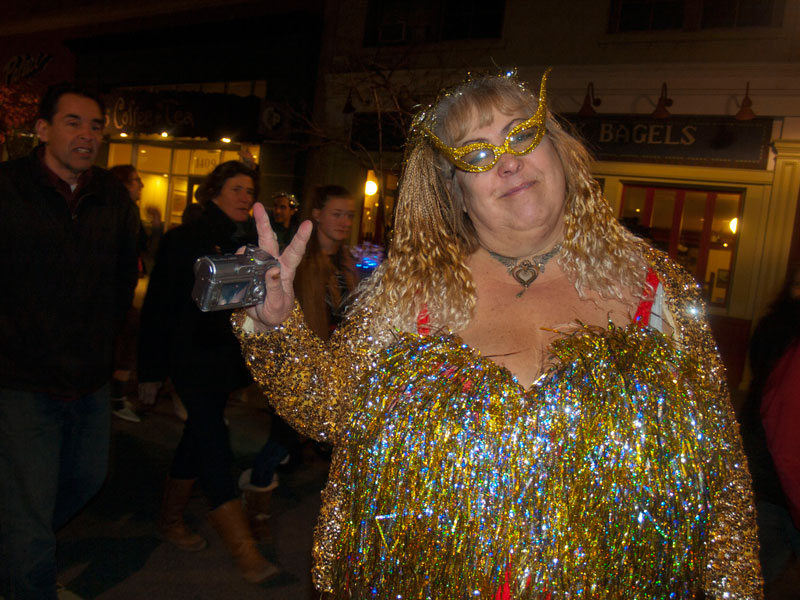 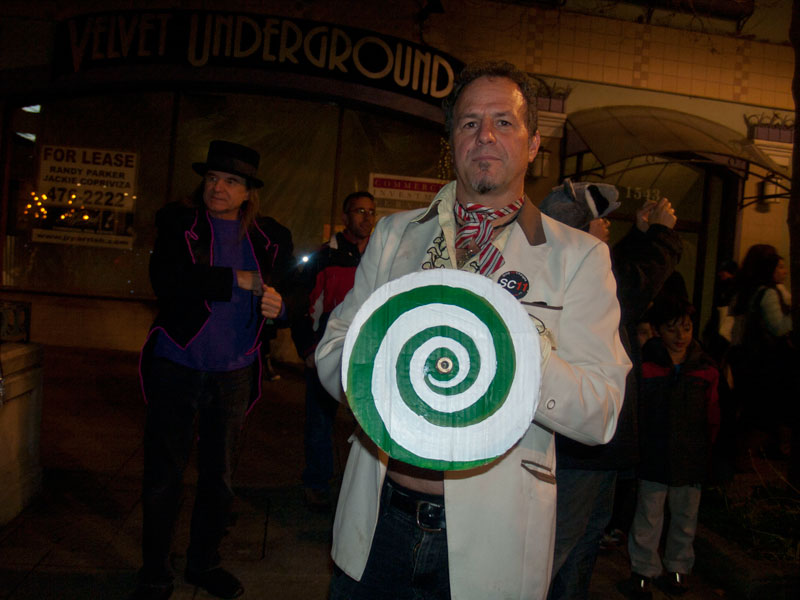 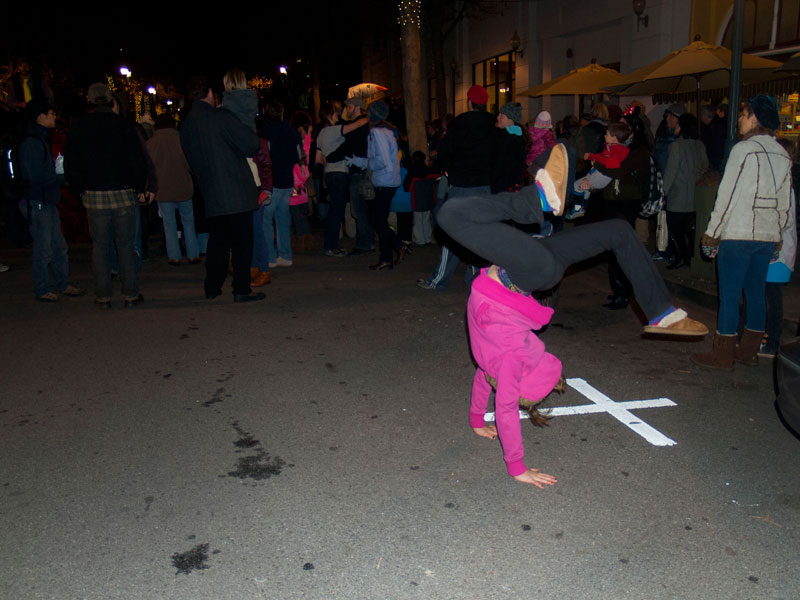 §Good scoop
by John E. Colby
Monday Dec 31st, 2012 11:54 PM
Wow. Thanks Bradley! You showed how dangerous this DIY Parade is. Proves the SCPD's point that they must be infiltrated and surveilled ala NYPD tactics. Great work.
Add a Comment
§Let Freedom Ring in the New Year!
by Steve Pleich
Wednesday Jan 2nd, 2013 5:25 PM
Thanks Bradley for helping illustrate the point that the "First Amendment is our Permit!"
Add a Comment
§SCPD budget documents and informant policy
by John E. Colby
Wednesday Jan 2nd, 2013 10:56 PM 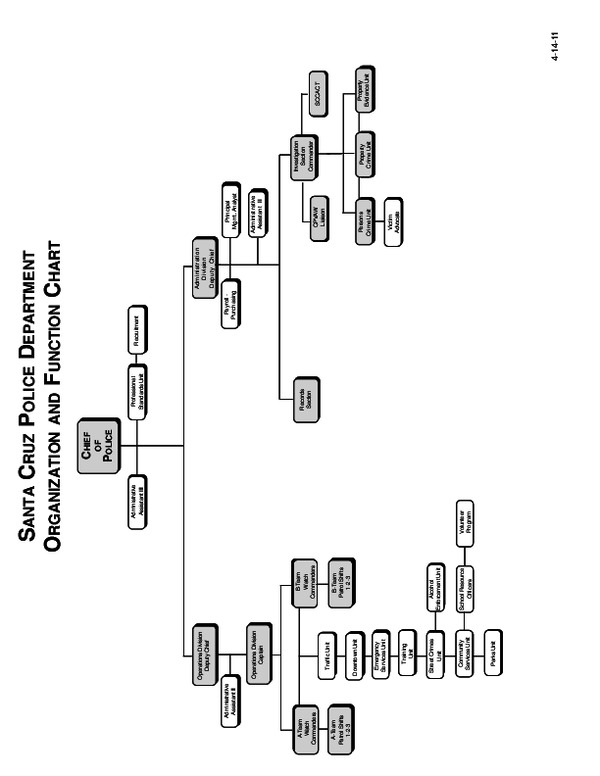 Download PDF (49.9KB)
Santa Cruz Police Department (SCPD) Records Supervisor Jacqueline Drechsler provided me a budget (which had no category for intelligence or informant operations). See that above. Ms. Drechsler denied me a record with SCPD's informant policy which her supervisor had previously supplied to local activist-journalist Robert Norse. See the Indybay link below and look for Section 608:

"608.5 The potential payment of large sums of money to any confidential informant must be done in a manner respecting public opinion and scrutiny."

If this is SCPD's policy then why won't they make their informant policy public and why won't they allow the community to know how much money the SCPD is spending on informants?

Attached are the SCPD’s budget documents from 2011 as you requested.

As for records of SCPD policy on the use of informants, I have identified one policy contained the Police Department’s Policy Manual that is responsive to your request; however, the policy is exempt from disclosure as a record of security procedures under Gov Code 6254(f). Accordingly, the SCPD will not be releasing that policy.

Jacqui Drechsler
SCPD Records Supervisor
Jdrechsler [at] cityofsantacruz.com
Add a Comment
Support Independent Media
We are 100% volunteer and depend on your participation to sustain our efforts!