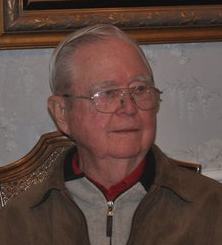 From the court order "Appellant--who resides in California and who was provided notice of the October 15, 2012 hearing on the contests on October 12, 2012--filed a motion asking to appear telephonically on October 11, 2012, but the record contains no ruling on the motion. Moreover although the trial court clerk had notified appellant that she could appear telephonically for the previously scheduled October 8, 2012 hearing, the clerk did not do so for the October 15, 2012 hearing. Nevertheless, the trial court sustained the contests without considering the contents of appellant's affidavit, because appellant failed to appear at the hearing."

"The purpose of Rule 20.1 of the Texas Rules of Appellate Procedure is to permit parties to proceed without paying filing fees if they are unable to do so, and we construe the rules liberally in favor of preserving appellate rights." "This court's order abating the contests to the trial court stated that '[t]he trial court may arrange for appearances by telephone conference or other alternate means if necessary.'"

Appellant filed a response motion with an affidavit. The Appeals Court stated "if the affidavit provides sufficient information to prove by a preponderance of evidence that the party is unable to pay costs on appeal, the affidavit is sufficient, even if information on each of the twelve items is not included."

"Indigency provisions, like other appellate rules, have long been liberally construed in favor of a right to appeal." "The indigency rules are rooted in the principle that "[c]ourts should be open to all, including those who cannot afford the costs of admission."

"To require a pro se out-of-state resident asserting indigence to physically appear at a contest hearing to prove the allegations in her affidavit, without reasonably accommodating that party by means such as a telephonic hearing, undercuts the purpose and spirit of rule 20.1."

"To require a pro se party to object to a late-filed contest to an affidavit of indigence in order to preserve error--something the party is not likely to know to do--is to eviscerate the protection Rule 20.1 (f) is intended to afford."

"Accordingly, we reverse the trial court's ruling on the contests to appellant's affidavit of indigency and remand that issue to the trial court for a new hearing in which appellant is allowed to appear telephonically to attempt to prove her alleged indigence."

Cummins stated "I'm incredibly relieved by the Appeals Court's order. I was starting to lose faith in our justice system based on the District Court's rulings. It made no sense to me that the trial court said I could appear telephonically then two hours before the hearing I was told the Judge changed his mind. Texas is a three hour flight from California. There's no physical way I could have attended the hearing. I also filed a response motion with a sworn affidavit with exhibits. The Judge didn't even read my brief. Judge Brigham never even ruled on my motions to appear telephonically even though a previous Appeals Court order stated that he should consider my motions.

What is also troubling is the fact that Randy Turner of Bailey & Galyen the attorney for Amanda Lollar/Bat World Sanctuary, Chris Ponder Assistant District Attorney on behalf of the Tarrant County District Clerk and John Lively Jr on behalf of the court reporter Carolyn Gayaldo all supported Judge Brigham's unjust court order at the hearing. I'm a pro se but even I know that it can't possibly be fair for someone claiming that they can't afford $4,000 for trial minutes to lose a hearing because they could not afford to fly to the hearing in Texas with only two day's notice.

I'm very happy that I will now be able to appeal Judge William Brigham's unjust trial court order. I never defamed Plaintiffs or breached a contract. Every word I have ever stated about Plaintiffs is the truth backed up with physical evidence. I posted photos, videos and the results of information act requests. Judge William Brigham stated that Plaintiff's manual was 'my' defamation. He also stated that government reports were 'my' defamation. I didn't even write those items. People have been complaining about Plaintiffs for over 18 years. I replied to each of the supposed 'defamatory' items in my exhibit three.

Appellant Mary Cummins filed an appeal in the Second Court of Appeals 02-12-00285-CV. More information about this appeal is here.

http://www.animaladvocates.us/mary%5Fcummi...
Add Your Comments
Support Independent Media
We are 100% volunteer and depend on your participation to sustain our efforts!