Add an Event
Newswire
Calendar
Features
Home
Donate
From the Open-Publishing Calendar
From the Open-Publishing Newswire
Indybay Feature
Publish to Newswire
Add an Event
Related Categories: San Francisco | Police State & Prisons
Anonymous #OpBART-3 Protest - BART PD, SFPD, Sheriffs, DHS, & DOJ, 8/29/11: photos, 2 of 2
by dave id
Sunday Sep 4th, 2011 3:47 PM
On August 29th, the third OpBART demonstration called by Anonymous worked its way from Civic Center/UN plaza down the sidewalks of Market Street to the Powell Street, Montgomery Street, and Embarcadero BART stations in downtown San Francisco. As has become customary for these protests, BART PD, SFPD, SF Sheriff's Deputies, Department of Homeland Security officers, and the media were out in force. This time, however, protesters did not demonstration on station platforms and BART chose not to close any of the downtown stations. Protesters did speak out and chant against BART police violence in the non-paid areas of three stations, having been granted explicit permission at the Powell Street station by BART "Tactical Team" (i.e riot police) officer Franklin. These photos are a continuation of the series begun at https://www.indybay.org/newsitems/2011/09/04/18689414.php. 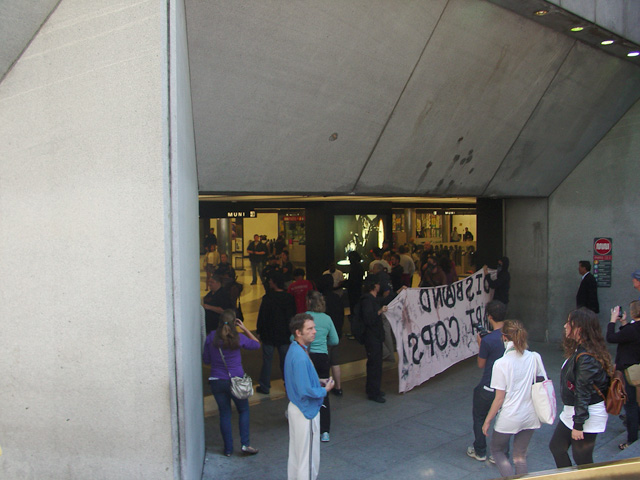 For more information:
http://www.indybay.org/newsitems/2011/08/1...
§Officer Franklin says that BART will not close the station if protesters stay off platform
by dave id Sunday Sep 4th, 2011 3:47 PM 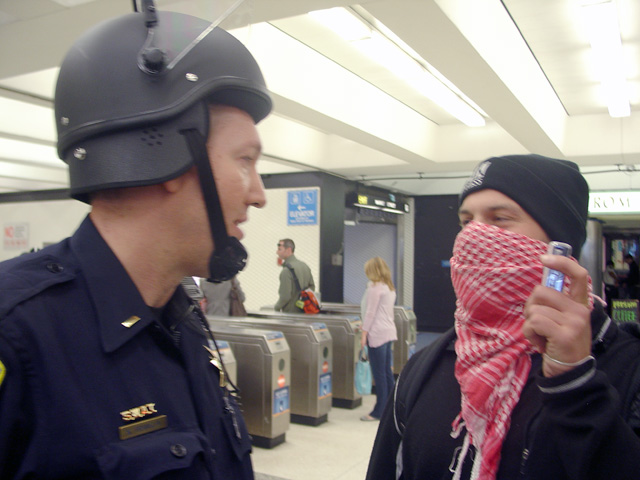 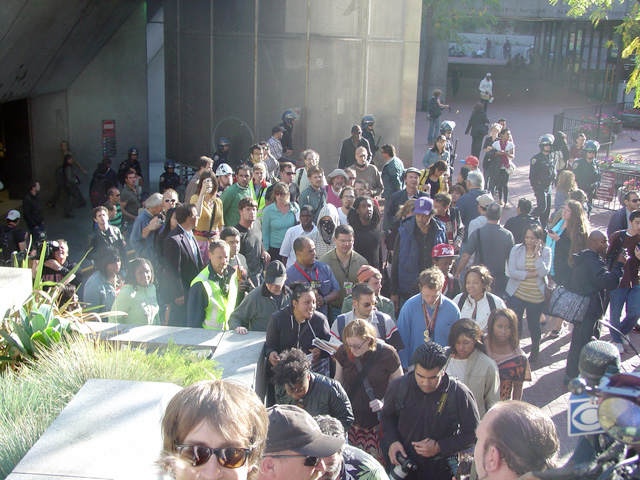 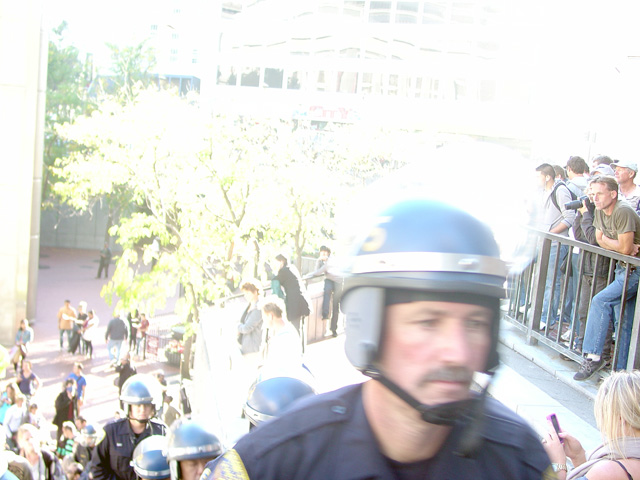 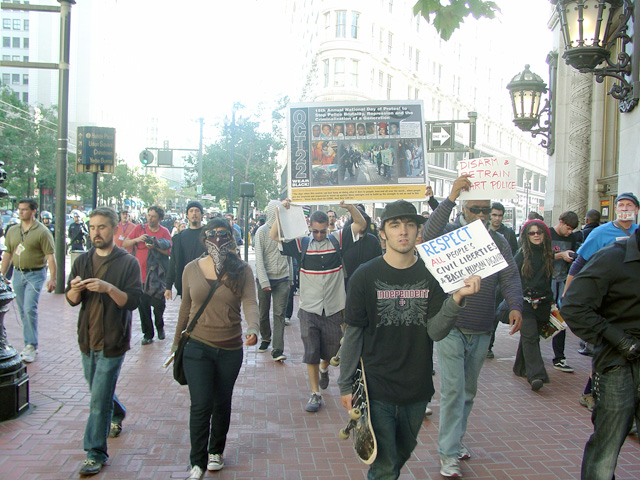 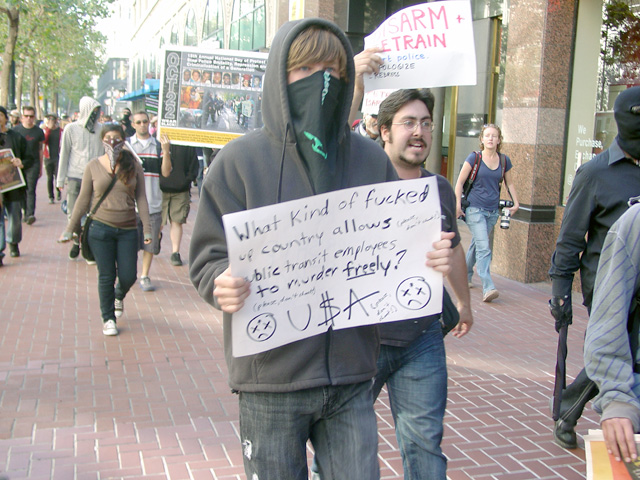 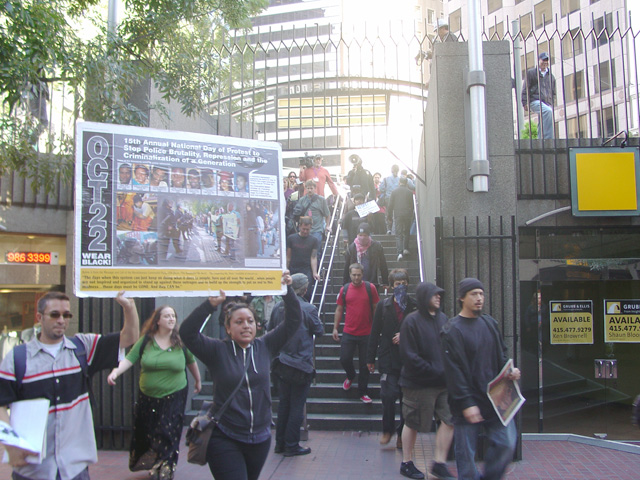 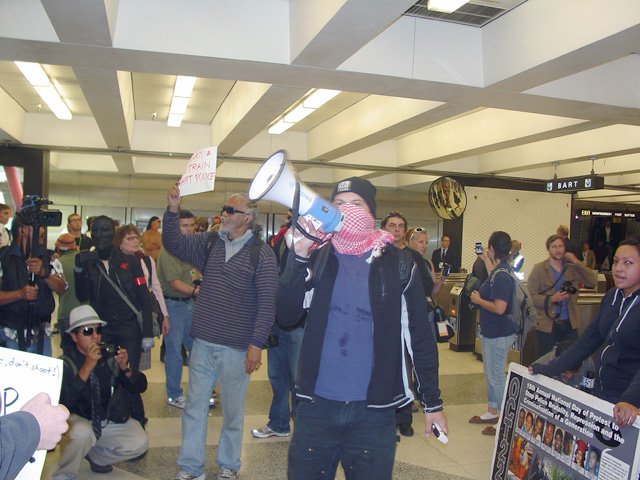 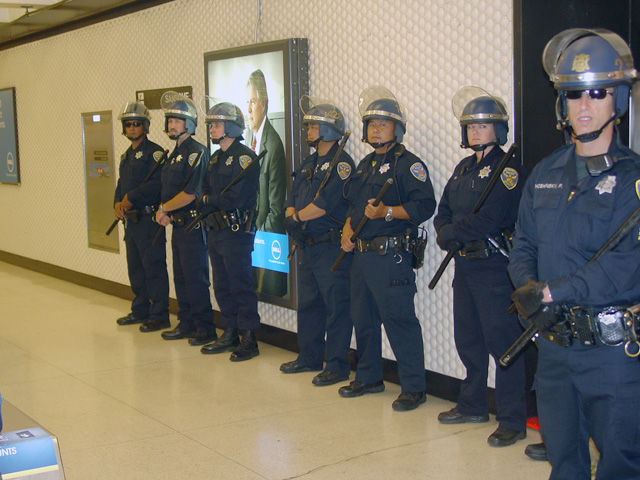 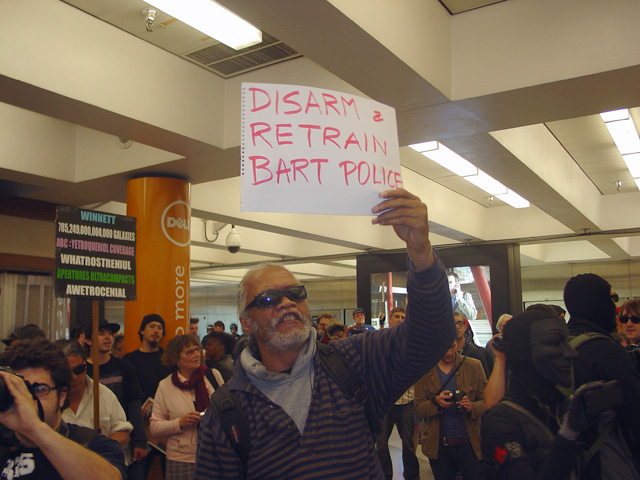 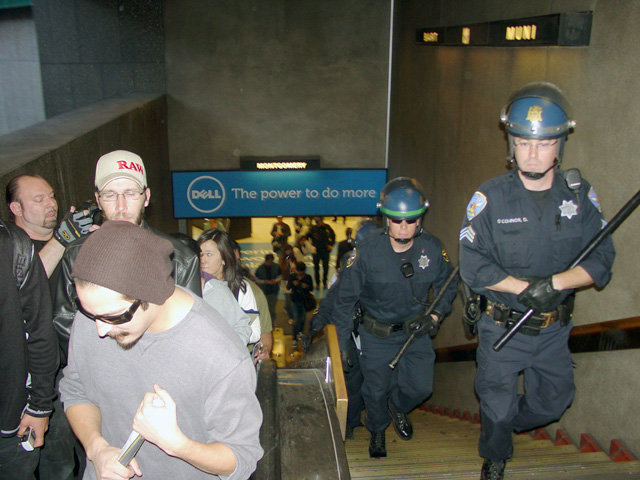 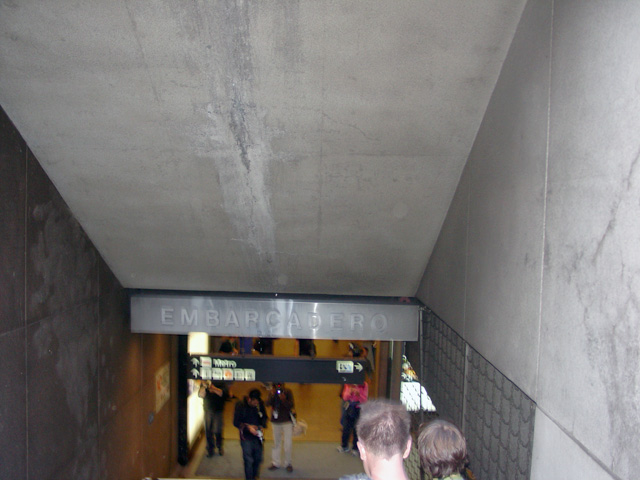 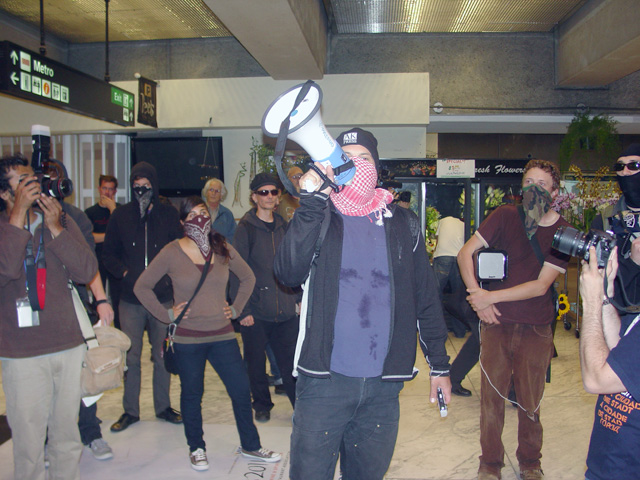 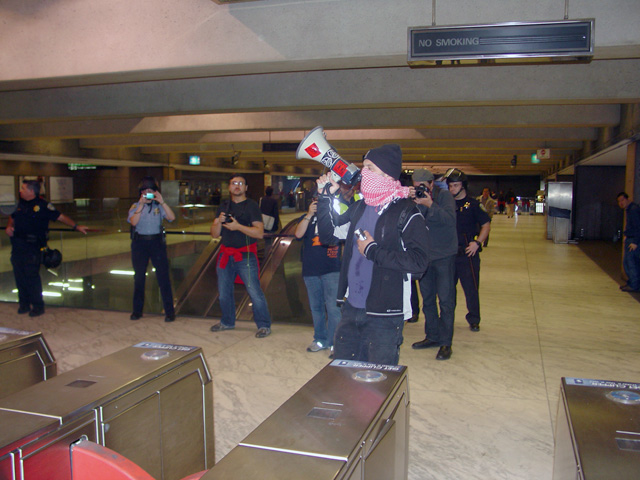 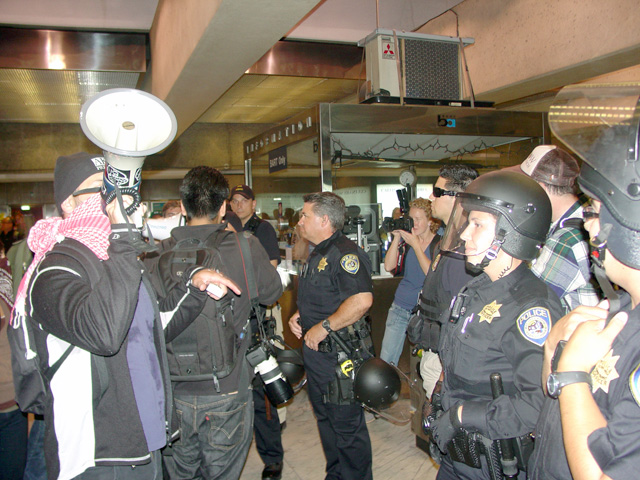 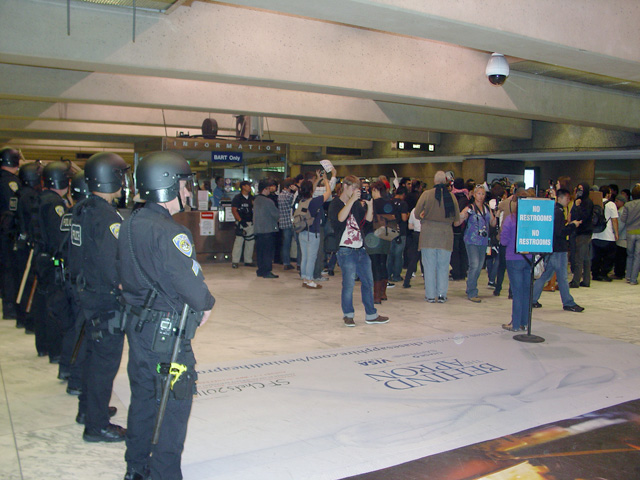 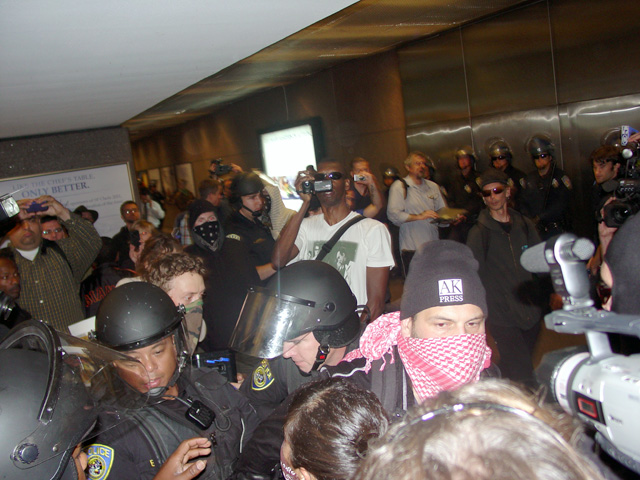 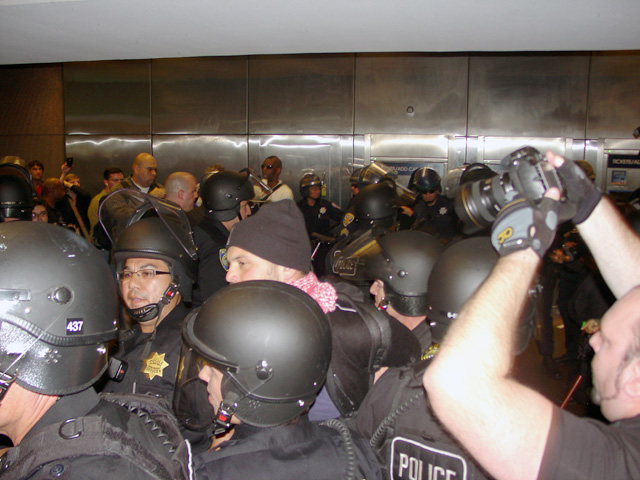 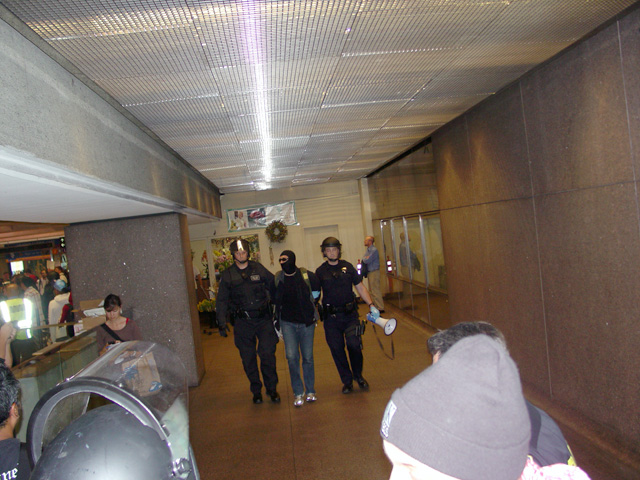 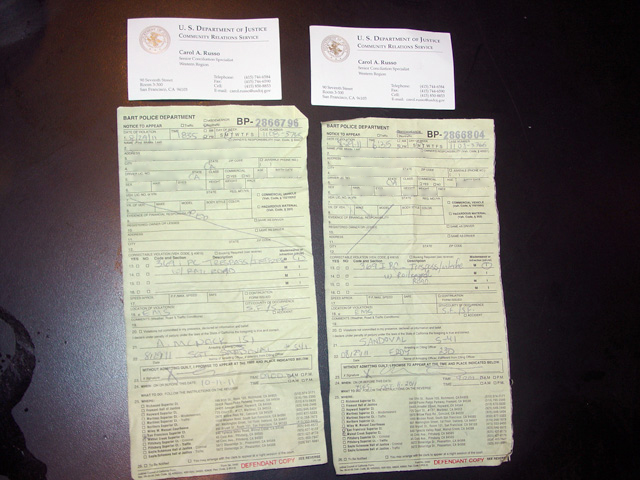 Carol A. Russo, a "Senior Conciliation Specialist" with the Community Relations Service of the U.S. Department of Justice visited the two arrested while they were in SF County Jail. BART being ineffective in its attempts to stop protests against its police brutality, Russo offered to mediate between protesters and BART, including with BART's police chief Kenton Rainey. As to what exact concessions BART may or may not be willing to negotiate, if any, remains to be seen should activists ever decide to take Russo up on her offer.

http://www.indybay.org/newsitems/2011/08/1...
Add Your Comments
Support Independent Media
We are 100% volunteer and depend on your participation to sustain our efforts!